Singing live requires preparation, both mental and physical. Muscles need loosening up and anxiety kept to a minimum as performers get ready to go out there and do their stuff, developing many tried and tested remedies for their pre-gig jitters.

Some are practical - Todd Rundgren told the Salt Lake Tribune he always scoffs a heartburn tablet to prevent on-stage burps - while others are simply there to focus the mind and prevent panic.

[WATCH] Mumford & Sons play Roll Away Your Stone on Later... with Jools Holland

In the first flush of his band's success, Marcus Mumford used to suffer from intense tension headaches before a show. He told Rolling Stone that he had gone to extreme lengths to try and tackle them: "I've tried everything, pills, even went and had my brain scanned."

In the end, it was a suggestion from producer T Bone Burnett (whose surname is curiously apt, in the circumstances) which sorted the problem out. We don't recommend you try this, but Marcus lights a stick of palo santo, an incense wood found in South America, and breathes in the fumes. He found it to be so helpful at clearing his head he jokingly took to calling it "the holy wood".

[LISTEN] Selena Gomez calls one of her biggest fans

Some opera singers swear by the efficaciousness of a teaspoon of olive oil before singing; it's said to lubricate the throat, and prevent undue stress and tearing. Selena Gomez has taken this on as part of her pre-performance routine, but only after reading about it in a magazine interview with Kelly Clarkson.

When she appeared on Ellen DeGeneres's US chat show, Selena revealed that this is not something she would do for pleasure: "It's awful. You let it go down and it coats your throat. I gag every time."

It's not uncommon for artists to go into a huddle before showtime. Rihanna leads her team in a prayer, asking God to bless each note, a ritual that, according to the International Business Times, is so intense it supposedly once caused her to be 70 minutes late on stage. Passion Pit (who are American) have a far quicker way to get themselves pumped. As Vulture reported, they gather in a circle to shout "roote to scoot mate!" in very bad Scottish accents.

And country star Zac Brown and his band are so committed to their backstage huddle - particularly the moment they all scream, "Ooh girl!" in unison - that on the rare occasions where they've forgotten to do it, they'll come back off stage and have another go.

I have to brush my teeth before I go on stage, otherwise I just don't feel smart

Coldplay are another band who like to gather together for a quick hug before taking to the stage, and whether it's due to this moment of intimacy or just to put his mind at rest, Chris Martin admits that he's taken to making sure his mouth is minty fresh before heading into his bandmates' open arms.

He told Australia's Melbourne Herald Sun: "For me, there are about 18 things I have to do before I can go out to perform - most of them are too ridiculous to repeat! One is I have to brush my teeth before I go on stage, otherwise I just don't feel smart."

I have to brush my teeth before I go on stage, otherwise I just don't feel smart

Adele is not someone who approaches performance with a calm demeanour. Quite the reverse, in fact, as she revealed to MTV: "I'm scared of audiences... I've thrown up a couple of times. Once in Brussels, I projectile vomited on someone. I just gotta bear it. But I don't like touring. I have anxiety attacks a lot."

But it was only after meeting Beyoncé, and collapsing in a state shortly afterwards, that she had an epiphany: "I had a full-blown anxiety attack... I went out on the balcony crying hysterically, and I said, ‘What would Sasha Fierce do?'"

So she created her own alter ego, taking Beyoncé's alter ego Sasha Fierce and adding the spirit of June Carter Cash. And when she's feeling nervous about an important gig, that's when she assumes the ferociously confident personality of Sasha Carter, if only to save passing stagehands from a wet and unpleasant shock.

[LISTEN] Lorde on her first proper year of adulthood

Lorde has taken to dealing with the backstage collywobbles by first retreating to a safe place, then nourishing herself in a way that won't have unpleasant consequences later, which for her means berries and seaweed. In 2014, she told the Guardian: "Usually before a gig I have a sleep in my dressing room under a blanket I take everywhere with me. I eat some berries or some dried nori (which I get all over my face) in place of dinner, because a couple of hours before the performance, my stomach starts heaving and I feel like I'm going to throw up – even when I'm not that nervous. It's the weirdest thing."

And after the nap and berries, it's time for the stagewear, which at the time of the interview was her suit: "There's something about putting it on that feels like a ritual, entering into a kind of pact with the stage. Once I've got my suit on, I can do anything."

While the tales of backstage excess have cast a long shadow over the reputations of 1970s rock gods like Led Zeppelin, the truth is far more prosaic these days, as Robert Plant explained to Radio 2: "I've never really been one for diva demands. We were always too busy having a good time to get hung up about anything. It's not very rock 'n' roll, but I like to look my best going on stage."

With that in mind, he has taken matters into his own hands, asking for a simple iron and ironing board, so he can flatten his creases before taking to the stage: "I find ironing helps get me in the mood before I perform.

"I've heard Keith Richards and Mick Jagger won't go on stage unless they've had a shepherd's pie. I don't go in for all that nonsense." 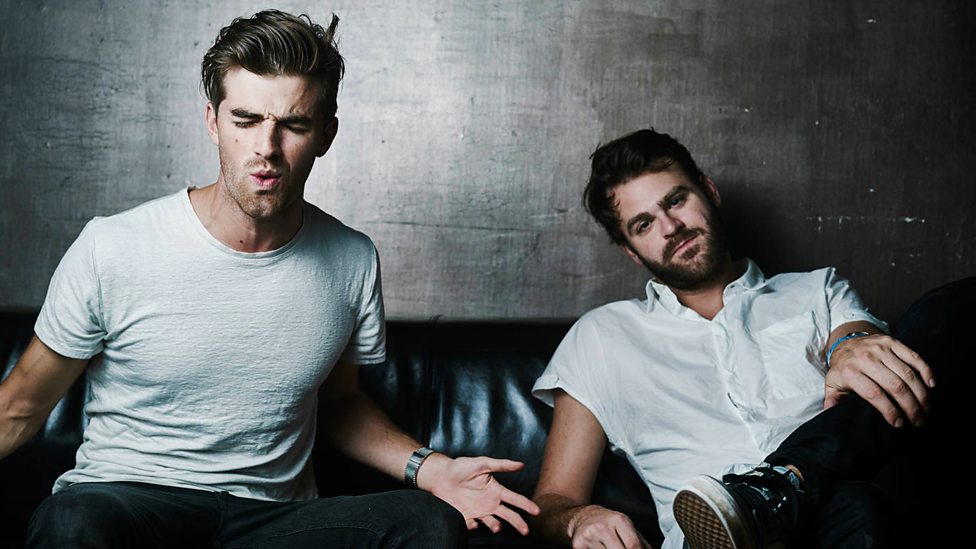 [WATCH] DJs on Tour - The Chainsmokers

Here's a tale of ritual sincerity and polite respect among the members of a musical team, before they embark on rocking a house. Andrew Taggart of The Chainsmokers told LiveNation: "We have a handshake that we do with, like, everyone on our team before our shows, and a more elaborate handshake with our security guard."

This is less a formal greeting or message of mutual gratitude, and more a staged ritual of affection, one of those extended cool guy shakes, involving fake punches to the gut, claps, and a little lift into the air at the end. Says Andrew: "[It] is pretty awesome."

There was nothing superstitious or spiritual about one aspect of Miley Cyrus's pre-show preparation from her 2014 tour. Wearing a leotard onstage is a risky business, and so, as a measure of pure practicality, she came to rely upon her sister Noah (above) to make sure there were no unfortunate wardrobe malfunctions before she took to the stage.

Miley told Australian radio station 2Day: "You just have to hope to God that this unitard covers everything that it has to cover... [Noah] makes sure that everything is staying intact. Especially on Love, Money, Party, I'm up on this car, so my little sister stays down there and is like, 'Pull to the right, something's coming out!' She stays there and makes sure I'm all good."

[LISTEN] Leonard Cohen talks to Steve Wright about his career

And to end things on a dignified note, Leonard Cohen used to gather the members of his band and road crew together 30 minutes before showtime, and encourage a group recitation of a very humble Latin verse, "Pauper sum ego, nihil habeo," which means, "I am poor, I have nothing."

Mind you, his backstage focus wasn't always on self-abasement. He once told the Telegraph he had a particular affinity for touring, because it made him feel invincible: "I like life on the road. It's a lot easier than civilian life. You kind of feel like you're in a motorcycle gang... Besides, this and washing dishes are the only things that I really know how to do."