What makes a truly great Christmas song? There are plenty of good ones that are purely celebratory, but the real classics dig deeper into the full breadth of emotions we experience at Christmas. Even an absolute belter like 1973's Merry Xmas Everybody by Slade has complex undertones - it served as a demand to forget about the grim economic circumstances of the time, have fun and, "Look to the future now / It's only just begun."

Sometimes Christmas songs become so familiar that we can grow immune to their inherent sadness, like with Wham!'s evergreen Last Christmas. But, as we'll find out, it's a crushing song of heartbreak and a more-than-worthy inclusion on our list of festive tear-jerkers. Hankies at the ready...

1. Judy Garland - Have Yourself a Merry Little Christmas

Have Yourself a Merry Little Christmas has a very specific genesis - it was penned by songwriters Hugh Martin and Ralph Blane for Judy Garland to sing in the musical Meet Me in St. Louis - before, over time, becoming a songbook standard. It's meant to be contemplative - expressing the sadness that Garland's character, Esther Smith, and her seven-year-old sister feel at moving away from their home - but it's intentionally open-ended and also something of a Second World War song. It was written in 1944 and, as revealed in above episode of Radio 4's Soul Music, the original opening lyrics were far bleaker: "Have yourself a merry little Christmas / It may be your last / Next year we may all be living in the past." Garland insisted they be toned down, and further lyrical amendments were made by Frank Sinatra when he was trying to find a way to include it on his 1957 album A Jolly Christmas.

"Seventy years after it was first heard, this song has a very, very strong appeal because it's doesn't see Christmas in an immaculately glowing light," says an interviewee in Soul Music. "It sees Christmas as part of the fallibility of human beings." As such, it's been recorded scores of times, including by James Taylor after the 9/11 attacks in 2001, and by Sam Smith in 2014. 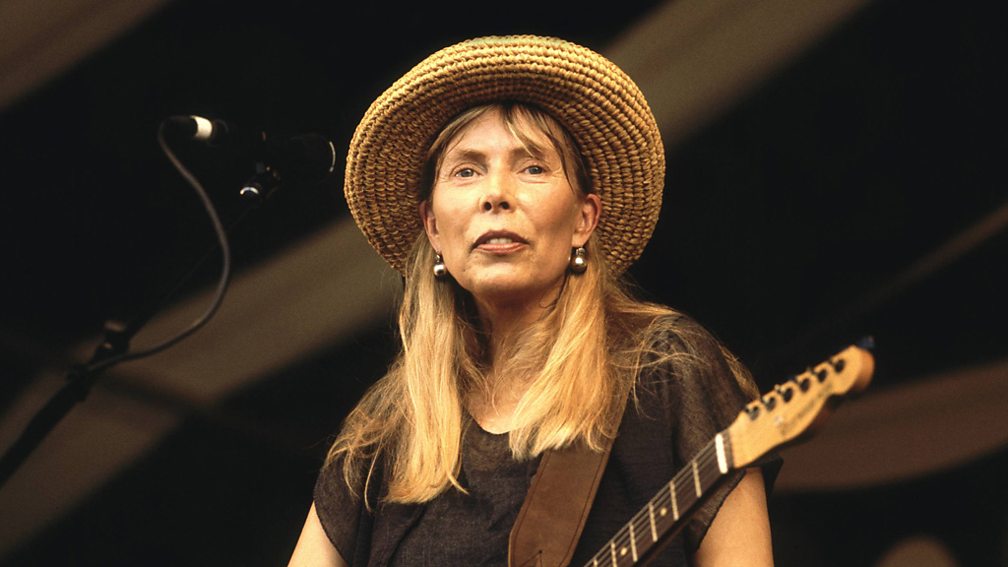 Joni Mitchell probably didn't realise that River would become one of her most famous and covered songs. If she had, she might have put it out as a Christmas single, rather than including it near the end of an album - 1971's excellent Blue - released in the summer. It's a tough song - about breaking up with a boyfriend who, she sings, "Tried to help me," and "...loved me so naughty / Made me weak in the knees."

As a consequence, she treats herself critically - "I'm so hard to handle / I'm selfish and I'm sad" - and wishes to disappear at Christmas: "Oh, I wish I had a river I could skate away on." And perhaps there's further meaning in the song outside of the collapse of a romantic relationship. "Now I've gone and lost the best baby / That I ever had," and the closing line, "I made my baby say goodbye," hint at the deep sorrow Mitchell felt when she gave up her daughter for adoption in 1965. Another song on Blue, Little Green, is more explicitly about her daughter.

Talk about playing with emotions... On Christmas Eve 2015, the much-loved LCD Soundsystem, who had retired four years earlier, suddenly posted a new song online (great excitement!), but that song, by the band's admission, was "this depressing Christmas song". And it really is a gloomy track, beginning: "Christmas will break your heart / If your world is feeling small / There's no one on your phone / You feel close enough to call / Christmas will crush your soul."

It's not without hope, though. Despite the misery, the band's James Murphy sings, "But still I'm coming home to you."

Driving Home For Christmas (2009 video in aid of Shelter)

Who hasn't got into a car to drive, or be driven, home for Christmas and immediately sung the opening line to this 1986 gem by Chris Rea, which he once described as "a car version of a carol"? On a simple level, the song conjures up that lovely feeling - work done for the year, presents bought, bags packed, nothing left to do but visit loved ones, eat, drink and be merry.

But scratch the surface of Driving Home For Christmas and it becomes a far more mysterious - desperate, even - song. "I'm driving home for Christmas / Oh, I can't wait to see those faces," it begins, but we never find out who those faces are. Other images in the song are equally powerful and not very Christmassy - we see this man in a car alone, stuck in traffic, singing to someone who can't hear him, and glancing at another driver, also alone.

The imagery changes the feel of the song. It becomes about trepidation as much as joyful expectation; solitude and alienation as well as family and security. Not inappropriately, in 2009 - 21 years after its initial release - an original video was made for the song (above) in aid of a homeless charity.

Here's proof enough that we like our Christmas songs to be on the bleaker side. Wham!'s Last Christmas is about a love affair that goes to seed just 24 hours after singer George Michael has made a bold declaration of love: "Last Christmas, I gave you my heart / But the very next day, you gave it away." He says his ex-beau has a "soul of ice" and, although it's a year later, he clearly hasn't moved on: "If you kissed me now, I know you'd fool me again."

Wham! released Last Christmas in 1984 - the same year as Band Aid's Do They Know It's Christmas?, which Wham! appeared on - meaning that the two biggest-selling UK Christmas songs of all time came out in the same month. Band Aid took the No.1 spot on Christmas Day, resulting in another great pop fact: Last Christmas is the the most-sold single in UK chart history never to have reached the top of the charts. 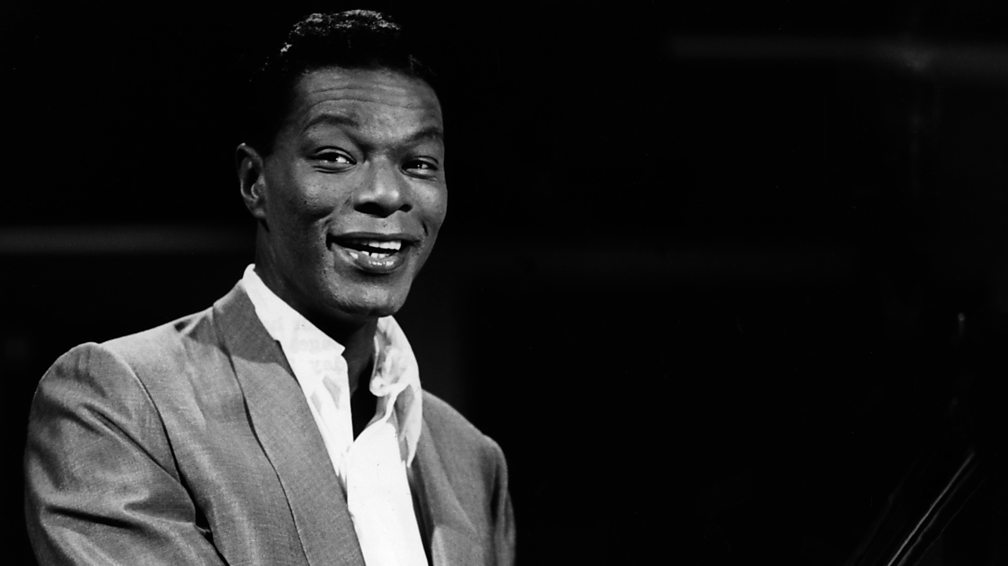 There's a natural mournfulness to Nat King Cole's gorgeous voice, making him a perfect singer for a melancholy Christmas smash. Nobody has recorded a better version of Bob Wells and Mel Tormé's The Christmas Song from 1945 (commonly known as Chestnuts Roasting on an Open Fire) and his 1960 take on Silent Night is stunning, too. The real weepy in his catalogue of many Christmas songs, though, is The Little Boy that Santa Claus Forgot - a 1937 song originally made famous by Vera Lynn (it's her version you hear in the opening scene in Pink Floyd's The Wall).

It was recorded by Cole in 1953, and he wrings every last drop of sadness out of a tragic tale about a young boy who didn't want much from Father Christmas, and got nothing. "It broke his little heart / When he found Santa hadn't come / In the street he envies all those lucky boys / Then wanders home to last year's broken toys / I'm so sorry for that laddie / He hasn't got a daddy."

There's no happy ending, either - Santa never comes for the lad - reminding us to look out for those less fortunate at Christmas time.

The thing about many Christmas songs is that they're not always about Christmas. Change the title of Wham!'s Last Christmas to Last Easter, edit out the jingly sounds, and it becomes an Easter song. With East 17's Stay Another Day, if you remove the bells, which were crowbarred in specifically to make it sound Christmassy, it becomes a song that the boyband would have had a No.1 with at any time of the year.

It could be heard as a love song written about a girl, but it's actually about lead songwriter Tony Mortimer's brother Ollie, who had taken his own life. It's extraordinarily poignant - "Don't understand what's going on / Good times we had return to haunt me / Though it's for you / All that I do seems to be wrong" - and resonated deeply with the nation in 1994, who kept it at No.1 for five weeks. The following year, Mortimer won Songwriter of the Year at the prestigious Ivor Novello Awards.