7 strange stories about the resting places of famous musicians

Musicians often live dramatic and unusual lives. And in death, too, tales of the unexpected surround them. Here are seven such stories, about the graves and tombs of pop stars, and one legend from classical music... 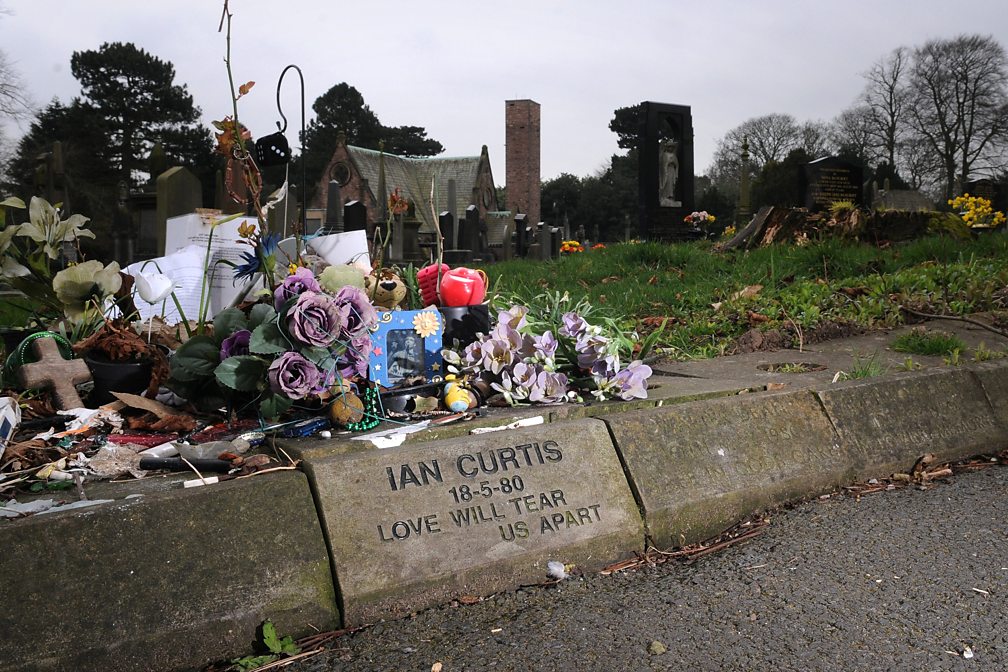 When Joy Division singer Ian Curtis died in 1980, aged just 23, his body was cremated and his ashes buried at Macclesfield Cemetery, complete with a memorial stone inscribed with Curtis's death date and also "Love Will Tear Us Apart", the name of a 1979 Joy Division song.

For 28 years, the memorial stone laid there until, in July 2008, it was stolen. As the BBC reported at the time, a police spokesman said: "There is no CCTV in the area and there are no apparent leads as to who is responsible for the theft. This is a very unusual theft and I am confident that someone locally will have knowledge about who is responsible or where the memorial stone is at present."

Tony Barker of Macclesfield Borough Council added: "It would usually have flowers behind it and mementoes to Ian Curtis's life. It wasn't concreted in but tarmacked up to it. This has never happened before and we are agog that someone's gone to the trouble of taking it out. We are stunned."

As the Macclesfield Express reported, a new stone was laid at the site later that month, while the hunt for the original continued. Joy Division and New Order drummer, Stephen Morris, said: "People go around nicking road signs but a person's gravestone is very personal and the person who took it needs help. I suspect it could be on someone's mantlepiece and that one day they may try and sell it back to us but it's hard to say... I am glad there is a replacement as I often go to visit the cemetery but it was a shock that the old one had gone."

The original stone has never been recovered.

Frank Sinatra is buried with a roll of dimes

Musicians have been buried with all manner of things relevant to their lives, including the score of Mahler's Fifth Symphony (Leonard Bernstein) and Eddie Van Halen's guitar (Pantera's Dimebag Darrell). It's thought that INXS's Michael Hutchence was left with a cigarette by his brother, because he was always bumming one off him, and that in Frank Sinatra's grave are the following items: a pack of cigarettes, a lighter, a bottle of bourbon whiskey and a roll of 10 dimes.

The roll of dimes was included by his daughter Tina, as a black joke, it's often thought - so he could call his friends from a payphone if he ever managed to escape his resting place. But the real story of why he had the dimes is actually very moving. Tina told CNN's Larry King Live after her father died: "It came from Frankie's kidnapping [the 1963 abduction of Frank Sinatra Jr.]... He never wanted to get caught not able to make a phone call, so he always carried 10 dimes." 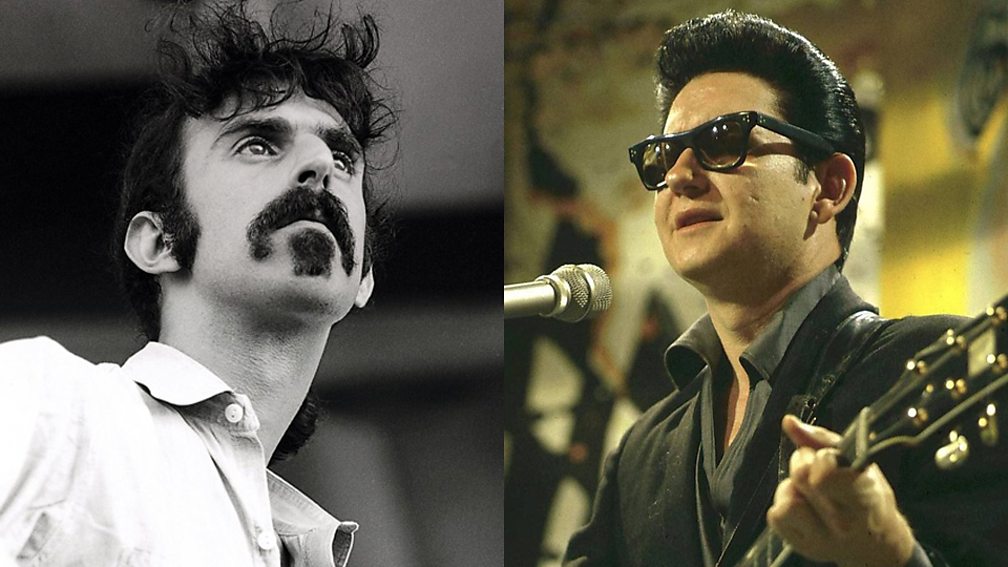 Also buried at the Memorial Park are Frank Zappa (1940-193) and Roy Orbison (1936-1988), close to each other and both in unmarked graves. Why? Orbison's son Alex told Reuters in 2010, "It's definitely not intentional. It's not like we don't want people going by there or whatever. It's been put to the backburner so long." He added that the family once planned to relocate the plot, and they still might. "In the very beginning it was just too painful to deal with anything. As my Mom would say, it's always just something that’s in the works." A year later, Barbara Orbison - Roy's second wife - died, and was buried next to her husband, in a marked grave.

As for Zappa, no one seems to be quite sure. Fans have speculated that his family might have been concerned that his grave would be vandalised, or because remembrance wasn't important to Zappa.

Blues singer Bessie Smith, who died in 1937, was also buried in an unmarked grave. As the New York Times reported, she finally got a stone in 1970, paid for by Janis Joplin and Juanita Green, a nurse who had done housework for Smith as a child. 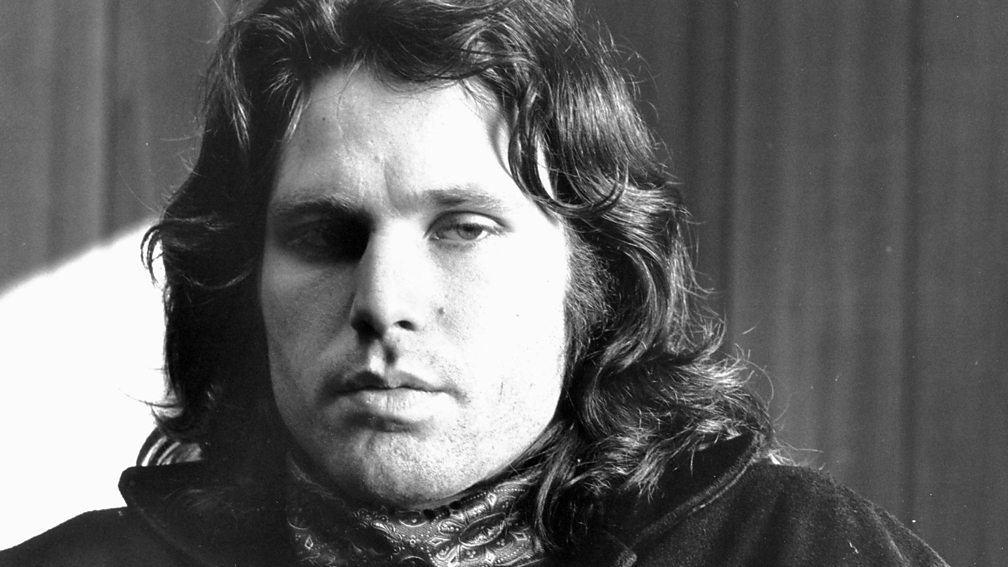 The grave of Doors singer Jim Morrison is perhaps the most-visited resting place of a musician in the world. It's situated in the Père Lachaise Cemetery in Paris, where Édith Piaf and Oscar Wilde are also buried. As Time reported, "On any given day, hordes of tourists surround his tombstone, which has been covered with graffiti by overenthusiastic fans and once featured a bust of Morrison before vandals claimed it as their own. Nearby tombstones have been defaced as well - with arrows pointing visitors toward 'Jim' - though cemetery staff have wiped them clean and erected metal barricades to curb unauthorised tributes."

Morrison died of heart failure in Paris in 1971. In 1991, on the 20th anniversary of his death, a riot broke out at his grave. The cemetery had to hire extra security after police used tear gas to disperse rowdy fans. "Since then," the New York Times reported in 1993, "a guard is permanently stationed at Morrison's grave, but messages continue to appear on surrounding tombs."

[LISTEN] Jane Birkin on the worldwide legacy of Serge Gainsbourg

When French singer-songwriter Serge Gainsbourg died in 1991, then-president François Mitterrand said, "He was our Baudelaire, our Apollinaire ... He elevated the song to the level of art." Like Baudelaire, Gainsbourg is buried at the Montparnasse Cemetery in Paris and visiting fans often leave gifts at his tomb - cigarettes, because he was a heavy smoker, metro tickets, in tribute to his 1958 song Les Poinçonneur des Lilas (The Ticket Puncher of Lilas), and also cabbages, to honour Serge's bizarre 1976 concept album, L'Homme à tête de chou (The Man With a Cabbage Head). 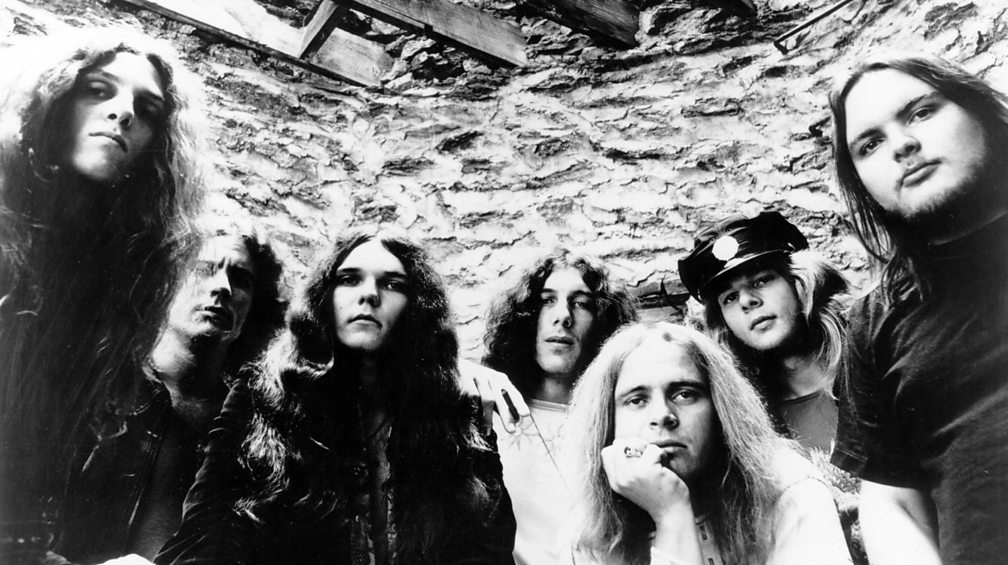 Ronnie Van Zant of Southern rock group Lynyrd Skynyrd, guitarist Steve Gaines and his sister Cassie, a vocalist, were among those who died in a plane crash near Gillsburg, Mississippi in 1977. They were buried at Jacksonville Memory Gardens in Florida, until, The Florida Times-Union reported on 30 June 2000, "Vandals broke into a tomb and disturbed their remains yesterday morning. Authorities did not speculate on a motive, nor whether the intruders may have been deranged fans of Lynyrd Skynyrd seeking a bizarre memento or simply vandals out for a night of destruction."

Mary Justino of the Sheriff's Office said that Van Zant's unopened casket was found at the rear of a marble mausoleum on the northern edge of the cemetery grounds and a plastic bag containing Gaines' cremated ashes and an urn also were found nearby. "The bag had a hole in it," Justino added. "At least preliminarily it looks like a very small amount of the cremains may have spilled out of the bag when they pulled it from the urn."

Ronnie Van Zant's coffin was moved to a different location in the same graveyard. According to Find a Grave, it's now "in a massive underground concrete burial vault. To open the vault would require a tractor with a lift capacity of several tons. It is also patrolled by security."

There are two heads in Joseph Haydn's tomb

Perhaps the most bizarre story of all on this list is what happened to classical composer Joseph Haydn's head after he died in 1809. Indeed, Haydn's head has its own Wikipedia page and was recently the subject of an episode of the Classic FM podcast Case Notes.

Haydn's remains were initially interred in the Hundsturm cemetery in Vienna until his employer Nikolaus I, Prince Esterházy, requested they be moved to the city of Eisenstadt in 1820. When Haydn's tomb was opened, it was discovered that his head had been removed and stolen - by a gravedigger, it was later established, on the order of two men (Carl Rosenbaum and Johann Nepomuk Peter) with an interest in phrenology, the study of the shape and size of the cranium as a supposed indication of character and mental abilities.

It took until 1954 for Haydn's head to be reunited with his body in the Bergkirche church, Eisenstadt. Strangely, the substitute skull that was added to his tomb in 1820 was not removed, meaning Haydn is currently interred with two heads.