Are these the most unexpected collaborations in recent music history?

Scan through music history and you'll stumble upon some brilliantly odd collaborations: David Bowie and Bing Crosby singing Christmas songs on Bing's TV show in the late 1970s; Walk This Way by Run-DMC and Aerosmith(doesn't seem strange now, but it was a revolution in 1986); gangsta rappers Bone Thugs-n-Harmony teaming up with Phil Collins for Home in 2002... the list is almost endless, and recent years have thrown up their own fair share of unusual pairings. Here are a few of our favourites: 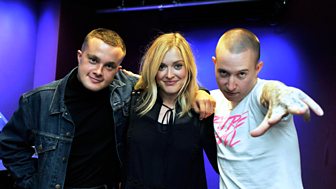 In May, Slaves covered Skepta's Shutdown in the Live Lounge, but no one expected the grime MC to join the two-piece punk band on stage at Radio 1's Big Weekend in Norwich later that month. When he did, it caused the most explosive moment of the festival and they entered the studio together soon after. At least one song was recorded, but Slaves recently said there are no plans to release it. 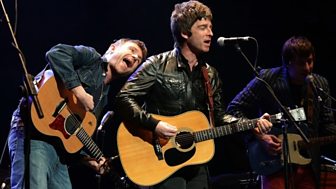 It's 20 years since the Battle of Britpop, which pitched Blur against Oasis in a genuinely lively chart battle. Blur's Country House beat Oasis's Roll With It by a considerable 58,000 sales, but time heals wounds and come 2013 Damon and Noel were performing together at the Royal Albert Hall in aid of the Teenage Cancer Trust. They're good mates these days, too. Listen above from 14 minutes onwards. 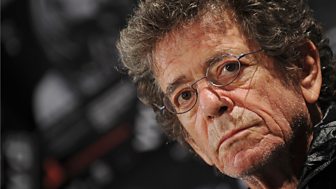 Lou Reed forming a band with Metallica was a genuine double-take moment, although it actually made a kind of warped sense. Nonetheless, their joint album, Lulu, was largely panned - except by one notable fan. As Lou's widow, Laurie Anderson, said: "David Bowie made a big point of saying to me, 'Listen, this is Lou's greatest work. This is his masterpiece... It will take everyone a while to catch up.'" 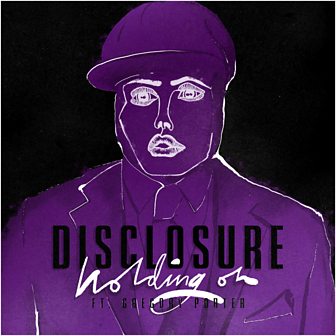 Gregory Porter seemed to come out of nowhere when he featured on Disclosure's comeback single, Holding On, but he's a big figure in jazz, winning the Grammy for Best Jazz Vocal Album in 2014 for Liquid Spirit, after getting a nomination in the same category for 2010 debut, Water. Still, a surprising co-sign that led to Gregory performing with the Lawrence brothers as part of Radio 1's Ibiza 20 celebrations.

Genuine friends have genuine opinions. It's possible and healthy to have a differing thought"
Iggy Azalea

Here's Iggy Azalea performing at 1Xtra Live in 2013, long before she hooked up with Britney Spears for Pretty Girls. Something about the idea of that collaboration didn't feel quite right and the track iself was a misfire. It failed to make the Top 20 in the US, leading to a not-very-pretty public argument between the two stars. Iggy believed Britney's label hadn't promoted the song properly, later backtracking slightly by saying: "Genuine friends have genuine opinions. It's possible and healthy to have a differing thought without it being b****y or shade."

Refering to some cancelled Iggy tour dates, Britney responded by tweeting, "Can’t wait to get back to Vegas. So thankful I have shows for the rest of the year to look forward to."

Genuine friends have genuine opinions. It's possible and healthy to have a differing thought"
Iggy Azalea 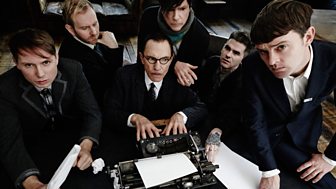 Let's be frank here: although arty Scottish rockers Franz Ferdinand and even-artier US rockers Sparks have been speaking to each other for years about doing something together, this collaboration would never have happened if the two bands were still at the peak of their powers. FFS was something of an opportune, fun back-up plan and it worked - giving both groups a new lease of life.

One of them is the biggest rapper in the world, the other a bearded folky who recorded his ultra-indie debut album, For Emma, Forever Ago, under the alias of Bon Iver in a cabin in northwestern Wisconsin. A strange pairing indeed, but this love-in shows no signs of abating. Justin was a feature on the last two Kanye albums, and became his only (official) guest on stage at Glastonbury. 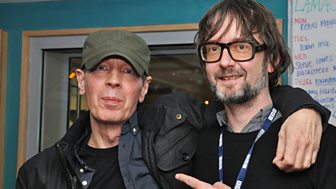 No one saw this coming: one-time teen idol Scott Walker of 60s pop sensations The Walker Brothers teaming up with US drone metal band duo Sunn O))) for Soused, a one-off album in 2014. But, as Scott's many devoted fans know, his work in recent years has been in the realm of the avant-garde and, in their own way, Sunn O))) make avant-garde music too. The album made perfect, brutal sense.