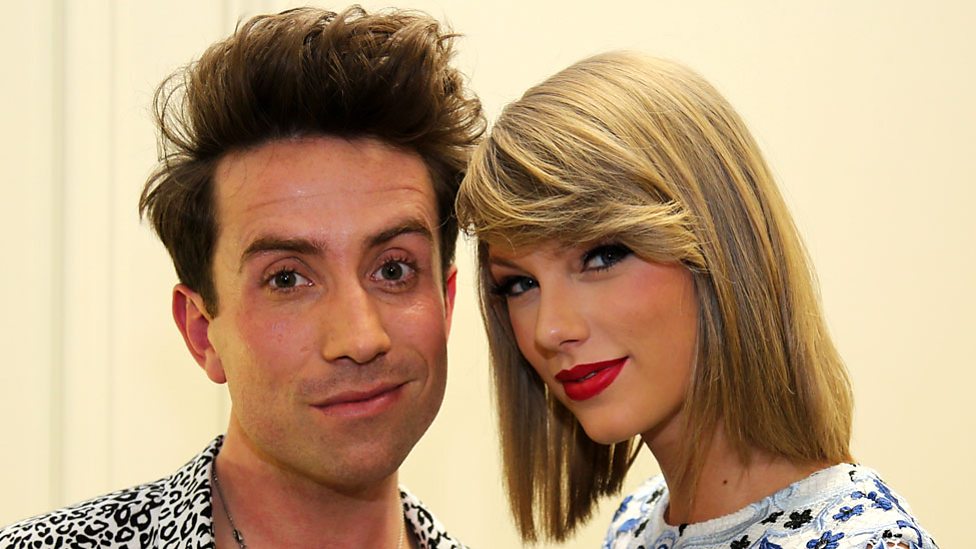 From Noel Gallagher on Desert Island Discs to Grace Jones on Radio 4's Today, not forgetting Taylor Swift talking cats to Grimmy and Marilyn Manson telling us about shoplifting records... it's certainly been a vintage year for the soundbite, pun and headline-grabbing quote. With the BBC Music Awards around the corner, we thought we'd take a look back, not just at the music, but the interviews too. Here are our picks:

When we started Oasis, we were rubbish"

In September, Noel chatted to Kirsty Young on Desert Island Discs, speaking candidly about starting Oasis ("when we started that band, for two years, we were rubbish"), finding fame and falling out with his brother, Liam. "He became my Achilles heel in the end," Noel says.

He also tells Kirsty about the moment, in woodwork class, when he realised what he wanted to do for the rest of his life; or, more accurately, the moment he knew what he didn't want to do - which was, unsurprisingly, woodwork.

When we started Oasis, we were rubbish"

Adele on the Radio 1 Breakfast Show 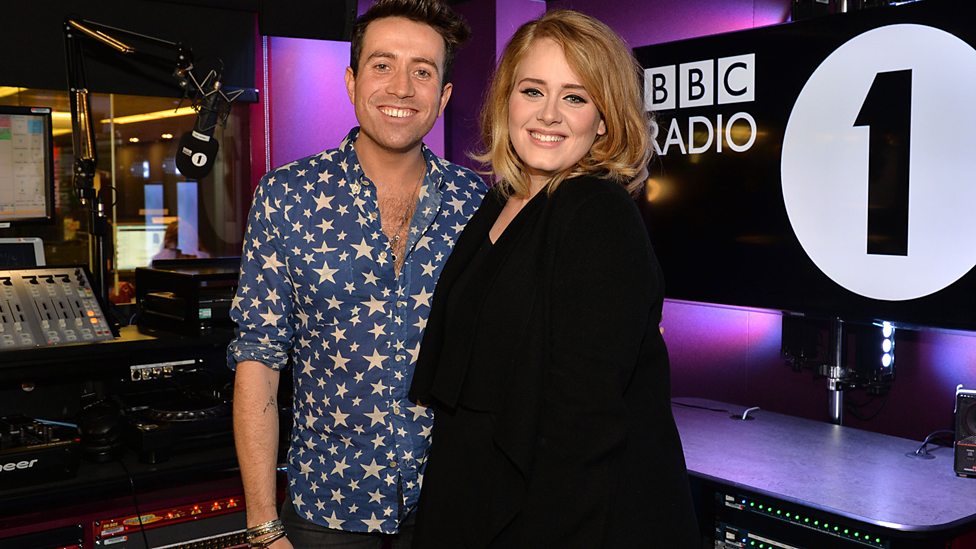 First plays are always nerve-racking, even for 10-time Grammy winners. After more than two years away from the spotlight, Adele came back in November and spoke to Grimmy before he played Hello for the first time.

There was nervous laughter, a tear or two and... a strange pain in her hip. "My hip's started hurting, I'm so nervous," Adele says.

Marilyn Manson on The First Time With...

Mötley Crüe, Shout at The Devil was the first record I sold and stole back"

Marilyn sat down with Matt Everitt on his show The First Time With... and discussed the first records they'd bought - or stolen, in Marilyn's case. "I was at Christian school, which meant the honor system - no locks on the lockers," he says, adding he'd buy records, sell them to his schoolmates at a profit, then steal them back. "Mötley Crüe, Shout at The Devil was probably the first record I sold and stole back."

He also talked about working with David Lynch, and delivers a pretty accurate impersonation of the director.

Mötley Crüe, Shout at The Devil was the first record I sold and stole back"

Cats have no perception of time"

Back in May, Grimmy caught up with Taylor before her Big Weekend performance in Norwich. He asked her all the big questions: what you pack for a world tour, what 'tour fat' means, and what you'd do if you throw up milk on stage.

If that wasn't hard-hitting enough, Taylor also discusses the art of saying goodbye to your cat. "Cats have no perception of time," she says.

Cats have no perception of time"

I remember Tupac yelling at the police"

Annie Mac interviewed Kendrick Lamar back in June. He spoke about his approach to writing music and pushing his vocals to another dimension: "I want to manipulate my structure."

Kendrick also talks about seeing Dre and Tupac make the first version of the California Love video in Compton when he was seven or eight. "I remember Tupac yelling at the police because they were about to scratch the side of his car with their motorcycle bikes," he says.

I remember Tupac yelling at the police"

Grace Jones on the Today Programme

I thought Lady Gaga was too affected"

In September, Grace spoke to Today's Sarah Montague about her childhood in Jamaica and moving to New York. She explains how she'd run away from home to go to gay bars in search of herself and a good time.

As to why she turned down working with Lady Gaga, Grace adds, "I say no a lot," and that Gaga didn't have that creative spark she looks for in a collaborator. "I thought she was too affected."

I thought Lady Gaga was too affected"

I have a vicious temper"

Front Row's John Wilson spoke to Sir Tom Jones about rock 'n' roll, his upbringing and scrapping in Pontypridd. "I have a vicious temper," Tom admits. He had TB as a child, and was advised to quit singing. He spent his hospital days listening to the radio, and it was from the hospital bed that he first heard Mahalia Jackson and Jerry Lee Lewis.

Also find out what he'd change about his Thunderball record and why he cringes at the opening line of Unusual.

I have a vicious temper"

I was too off my head to take responsibility"

In September, Chrissie was interviewed on Woman’s Hour by Jane Garvey and asked about the controversy surrounding her recently published autobiography. She sets the record straight regarding the rape allegations in the book, speaking frankly about that time in her life: “I was too off my head to take responsibility."

On the new breed of pop stars, she also has a lot to say: “They’re selling music by bumping and grinding and wearing their underwear in videos."

I was too off my head to take responsibility"