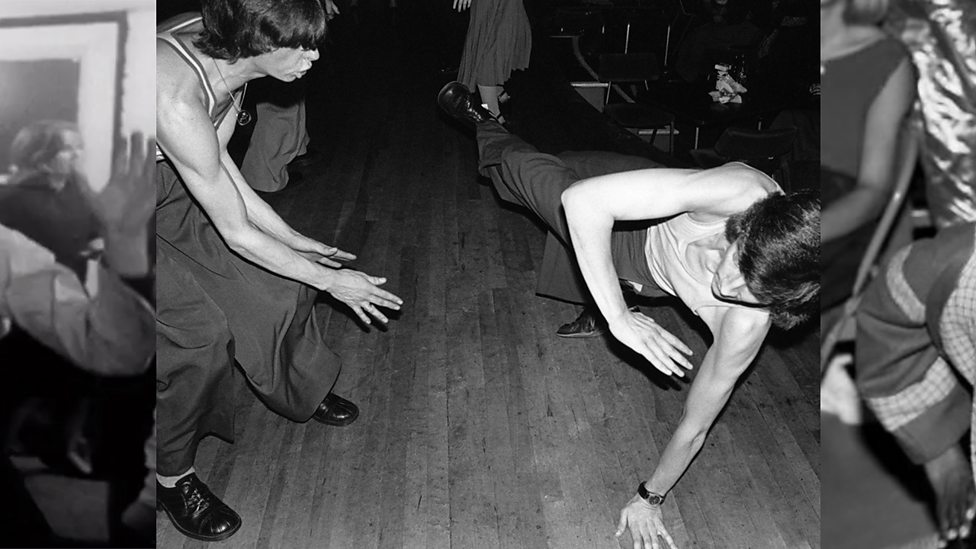 A trawl of the BBC's extensive archive of clips from many decades of broadcasting reveals plenty about changes in society, here and abroad. But if you make your way through these 13 snippets of club culture in its myriad of forms, you'll see that much is the same as it was 60-odd years ago. Then, as now, going out is about hearing music, meeting people, dancing and being in environments our parents wouldn't approve of, or understand.

You can't tell the history of something as complicated and diverse as club culture in a baker's dozen of short clips, so take this is as just a quick glimpse at how the BBC saw and reported on young folk having a good time in dance halls, jazz joints, discotheques, fields and, of course, The Haçienda.

Rock 'n' roll may have exploded in the US in the mid-50s, but for most Brits going out still looked a lot like this - largely unchanged from how it was for their parents. The song here is Softly, Softly sung by Ruby Murray, a UK No.1 for three weeks in 1955.

Cometh the 60s, cometh the youthquake, but before the hippy explosion there was the twist - the dance move spawned from Chubby Checker's 1960 cover of the Hank Ballard and The Midnighters song. A year later a spin-off film, Twist Around the Clock, was released starring TV host Clay Cole, who sings the title track in this clip of hipsters doing the dance (and looking not unlike hipsters do now):

Why do we go to clubs, or, if you don't, why should you? As the commentator says in the below footage from a jazz club in the 1960s: "Because it's different. Because it lifts you up. Because it carries you away and makes you feel free. Because it tells about the simple things - happiness, sadness."

The British Invasion of the 60s was a pop cultural conversation between the UK and US, and so was nothern soul, which flourished in the 70s at clubs like the Wigan Casino. In this wonderful clip taken from the BBC Four documentary Northern Soul: Living for the Weekend, Casino DJ Ian Levine explains how he spent an entire family summer holiday in Miami digging for records. He bought 4,000, the weight of which almost caused a light aircraft to not take off...

Meanwhile, a thousand miles north of Miami in The Bronx, New York, DJs were beginning to dig for records for other reasons - to locate short, funky drum breaks in the middle of songs, which they'd loop by playing two copies of on two turntables. Key originator in the birth of hip hop? Kool Herc, whose parties in the 70s have gone down in legend. Here he is in the 1984 Arena film, Beat This! A Hip Hop History looking back on vintage footage from one of his parties a decade earlier:

Back home, the dance hall had morphed into the discotheque and in Glasgow, at least, clubbing had begun to look something like the below - freer, wilder and complete with go-go dancers. "The values the young celebrate are informal and all-involving," the narrator says, "the values of the instant throwaway world of pop; the classless world of many possibilities and no tomorrows."

After the success of Saturday Night Fever, disco music became a true mainstream phenomenon, resulting in delightfully quaint instructional films on how to pull off a few of the moves. You'll recognise many classics here - spreading out the table cloth, the pointy thumb dance, the peak-a-boo...

Of course, good disco dancers only became good because they practised. Continuously. At home. On shag pile carpet. In front of the mirror...

[WATCH] Disco dancing in the living room in the 1970s

Inevitably, the disco backlash came and it hit dance music hard, sending it back underground. As the excellent Radio 4 documentary The House of the Windy City - Dance Music's Forgotten Heroes discusses, in gay black clubs in Chicago house music was born, and it spread to the UK along with Detroit techno. Here's Orbital discussing when they first heard house music, and how an acid house scene emerged in Britain...

It might have seemed incongruous at first, but Chicago house and Detroit techno finding a second home in Manchester is not so surprising in retrospect. All three are northern, industrial cities and in Manchester Factory Records had opened a club that felt like the legendary Warehouse in Chicago. Acid house became the soundtrack of The Haçienda and, along with illegal, recreational use of the drug ecstasy, had a huge impact on not just club culture across UK, but on indie music, too:

[WATCH] "The Haçienda was very full, loud, sweaty and the coolest place to be on earth..."

Back in new New York, hip hop went overground in 1988 while Britain was enjoying it's so-called Second Summer of Love. Post-disco and Studio 54, fringe cultures also emerged in New York clubs, like the voguing scene in Harlem. Dancer and choreographer Willi Ninja explained what voguing was in the celebrated 1990 Arena film Paris is Burning:

Dance culture became intertwined with politics in a way that had never been seen before in the UK. From acid house came rave, and metropolitan club music headed into the countryside. An alliance between some sections of the New Age travelling movement and the rave scene formed, leading to the notorious Castlemorton Common Festival, which took place over seven days in May 1992, closely watched by the press and police:

[WATCH] Musician Rick Down talks about the Castle Morton Festival

As the Guardian reported in 2010, Castle Morton "set in train the moral panic that led to the 1994 Criminal Justice and Public Order Act". Clubbing went back indoors, superclubs like Cream in Liverpool and Fabric in London emerged, and the music splintered into an incalculable number of new styles - jungle, drum 'n' bass, trance, happy hardcore, gabba, funky, handbag, hardbag and dubstep, which was the subject of an extensive two-part Radio 1 and 1Xtra documentary in 2012.

And, then, in the mid-2000s, dance music blew up in America, its original home. The catch-all term was EDM, the charge led by new club music crossover superstars, like Dutchman Tiësto and Canada's deadmau5. Was there anywhere left for a once-underground phenomenon to go? Surely not the hallowed confines of The Albert Hall...