From meme to music fame: 7 of the most unexpected pop stars

It's too easy to dismiss memes as throwaway, ephemeral and meaningless. At their root, they're perfectly pure examples of pop culture and they have just as much worth in telling us something intriguing about the world we live in now as other, more-established types of expression.

A highly democratic form of culture, memes go viral based entirely upon their popularity online, and they can also change lives. Here are seven people who became heroes overnight and won the chance to forge a music career - some highly successful, some not so much - off the back of freakish internet fame...

Let's begin in the relatively early days of YouTube and a song that became a meme, rather than a meme becoming a song. Tay Zonday - born Adam Nyerere Bahner - was a graduate student, teaching assistant and amateur musician in Minneapolis, Minnesota when he uploaded a self-penned song about racism, Chocolate Rain, in April 2007. It blew up, leading to countless parodies and just as many TV appearances, including on Jimmy Kimmel Live! and Lily Allen's short-lived BBC III series, Lily Allen and Friends, on which Tay sang a cover of Lily's Smile (below).

"There were no breadcrumbs to follow when Chocolate Rain went viral," Tay told BET earlier this year. "I couldn't ask myself, 'What did Antoine Dobson [see below] do. These examples did not exist at that time. So, everything [I was doing] was trying to figure it out for the first time. The whole world was interested in me; three of the four major labels at the time wanted to sign me to a record deal, literary agents wanted to sign me to write books..."

Tay rode the wave of interest with success, securing advert, acting and voice-over work, and recording more songs. Unlike others, he's built a respectable career of becoming internet famous and he was top of the pop-news agenda again last year as many sites celebrated 10 year of Chocolate Rain, including Noisey, who did a deep dive on the song's "deeper meaning". 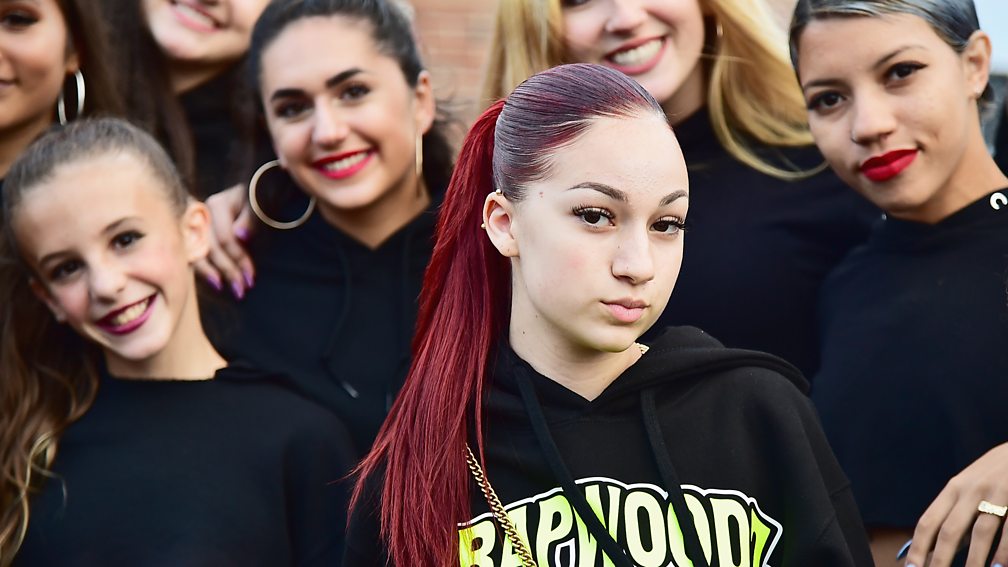 Cash me outside, how bout dat?
Danielle Bregoli

Danielle Bregoli was 13 in 2016 when she was interviewed on the American tabloid talk show Dr. Phil and came out with the now-immortal phrase 'cash me outside, how bout dat?' - a challenge of a fight to anyone who disagreed with her. Danielle had been invited onto the programme with her mother to discuss what Dr. Phil called her "out-of-control behaviour", which included stealing cars, being violent, running away from home and even framing her mother for a crime. From a troubled background, Danielle appeared to be masking "hurt, fear and frustration" with attitude. The internet loved her. Dr. Phil sent Danielle to a counselling programme on a ranch and invited her back to see how it went, at which point she doubled-down and dropped the following blistering diss: "You were nothin' before I came on this show."

Cash me outside became an instant catchphrase, an explosive meme, a slogan on a t-shirt sold in Walmart (the Bregolis sued) and - inevitably - a song, but not by Danielle. DJ Suede The Remix God sampled the meme on a track that made Top 100 in the States, giving Danielle an idea: could she make it in music... as a rapper? Bhad Bhabie was born and her debut single, These Heaux, did even better in the chart than DJ Suede's Cash Me Outside, resulting in then-14-year-old Danielle becoming the third-youngest artist of all time to chart on the Hot 100, behind JoJo and Stevie Wonder. According to Billboard, Bhad Bhabie was promptly signed to a multiple-album deal with Atlantic, meaning she's now label-mates with Ed Sheeran, Bruno Mars and Cardi B. Brisk work - she's still only 15.

Cash me outside, how bout dat?
Danielle Bregoli 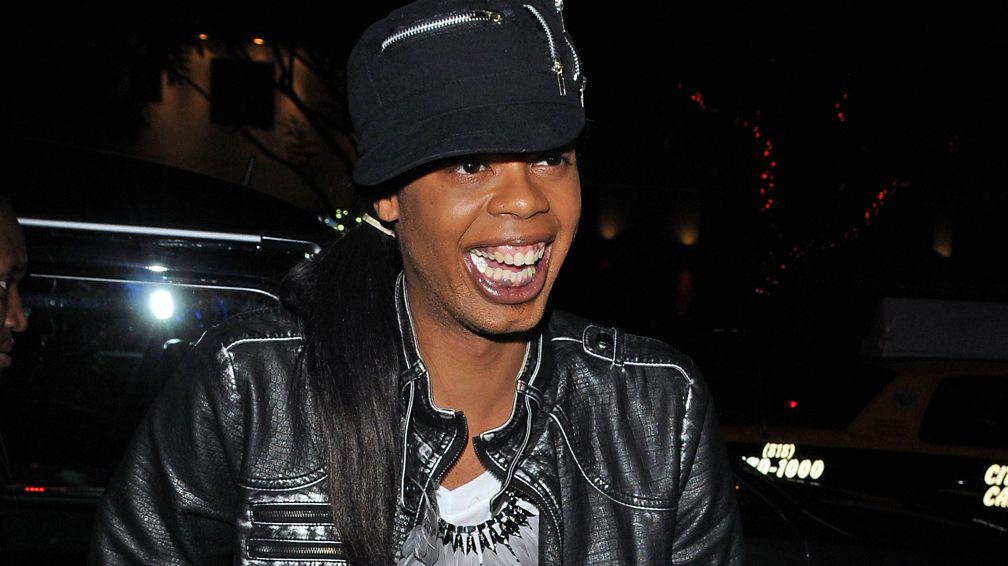 In this age of fake reality TV, he puts the real in reality
The Washington Post

This is easily the most surreal example on this list, insofar as it flips a suspected crime into a piece of pop gold. Antoine Dodson became a global sensation in 2010 after an interview he gave to a local news station in Alabama went massively viral. His family's home at the Lincoln Park housing estate in Huntsville had been broken into and his sister Kelly had allegedly been sexually attacked - "by some idiot out here in the projects," as she said. Passionately, Antoine spoke directly to the camera. The Washington Post said: "In this age of fake reality TV, he puts the real in reality... Like millions of families across this country, the Dodsons appear to be proud people who are making their way the best they can. They crave security and comfort. And no matter where you live, when that sense of safety is shattered, you lash out."

Comedy music group The Gregory Brothers, who already had form turning memes in pop songs with Double Rainbow Song, got to work. The video of Bed Intruder Song also went viral. In April 2018 BET interview, Antoine revealed that he initially thought: "What is this? Why are they trying to play my family like this?" When approached by The Gregory Brothers, he agreed to take half the purse on a longer, iTunes version of the song, which is thought to have sold more than 250,000 downloads, while the video became YouTube's most-viewed in 2010 (excluding major-label music promos). Antoine set off for further riches in Hollywood, but - according to his BET interview - he got stiffed by a rogue PR manager. He returned home, where he'd managed to move his family out of the housing projects, and trained to become a teacher. His sister's alleged attacker was never prosecuted, but he did box Antoine in a pay-per-view fight in 2014, as reported by AL. Antoine won.

In this age of fake reality TV, he puts the real in reality
The Washington Post

It's not really a story - it's a lifestyle
Big Shaq

Former Radio 1Xtra DJ Charlie Sloth made stars with his Fire in the Booth segment - of MCs, like Bugzy Malone, and comedians. Roll Safe's hilarious freestyle in the booth in 2015 ("Lithen, lithen... I don't think your lithening") was a viral hit, bettered only by Michael Dapaah's session from last year, which he performed in character as Roadman Shaq (later known as Big Shaq) from his YouTube series #SWIL (Somewhere in London). Shaq's 'freestyle' for Sloth was adapted from an Instagram post and an episode of #SWIL and contained the following line: "The girl told me, 'Take off your jacket' / I said, 'Babes, man's not hot.'" Man's not hot became a meme, which Dapaah turned into a spectacularly successful single of the same name - a No.3, platinum-seller in the UK, complete with a lavish video that's now been viewed more than 300m times. Before long, even Jeremy Corbyn had jumped on the meme.

Shaq told NME: "It doesn't matter where I am, what I do, whether I'm in the sauna, whether I'm on the beach, whether I'm with my girl at the spa - man's never hot. It's that simple. It's not really a story - it's a lifestyle." Follow-up single Man Don't Dance didn't do nearly as well - peaking at 78 in the charts - suggesting the man's not actually that hot as a recording artist. Back to the comedy skits for Michael.

It's not really a story - it's a lifestyle
Big Shaq

I want this to end
Gary Brolsma

Who remembers the Numa Numa meme? In late 2004, two months before YouTube was founded, 19-year-old vlogger Gary Brolsma uploaded a video to Newsgrounds of himself joyfully lip-syncing and dancing to the Europop song Dragostea Din Tei by Moldavian group O-Zone. It clocked up 150m views on Newsgrounds alone, then spread to other sites and was reported to have been viewed 700m times by the end of 2006, making it the then-second-most-watched viral video of all time, behind Star Wars Kid.

Gary became a star, did the round of talk shows, including Good Morning America and The Tonight Show with Jay Leno, before becoming sick of internet fame. In 2007, the New York Times reported: "These days, Mr Brolsma shuttles between the house and his job at Staples, his family said. He is distraught, embarrassed. His grandmother, Margaret Telkes, quoted him as saying, just the other day, 'I want this to end.'" But Gary came back online soon enough. He released a debut album in 2008, Weird Tempo, and eventually found peace with Numa Numa. "I've gotten the opportunity to do so many cool things because of this silly little video I made, and I'm so honored and happy that I got to be a part of all of it," he says on his site. In 2014, he was game enough to participate in a Numa Numa Reunion video with other viral stars.

I want this to end
Gary Brolsma

DO THE HARLEM SHAKE (ORIGINAL)

Diplo's Mad Decent label released Baauer's debut single, Harlem Shake, in May 2012. It got some good reviews and club play, and... that was that. Until, in January 2013, YouTube comedian Joji (George Miller), uploaded a video of his character Pink Guy dancing to the track with friends (above) and all hell broke loose. Hundreds of other videos, created by such diverse groups of people as University of Georgia's swimming and diving team and the Norwegian army, were posted, creating a truly viral phenomenon.

Baauer wasn't impressed. He wanted people to hear his music, but he wasn't looking for pop fame of this sort. "I look at Kanye, who lives in that 24/7, and I can't imagine what kind of a person you must be to deal with that," he told Rolling Stone. "Just getting the smallest little touch of that experience was too much for me." He didn't give up on music, however. His debut album, Aa, was released in 2016, featuring guest spots from M.I.A., Future, and Pusha T.

Why you coming fast?
Ferdi the mechanic

Latest entry into the meme fame game is Ferdi, a mechanic of Turkish origins living in East London, who was changing the wheel of a car when a cyclist crashed into him. Ferdi smashed his head and lost his temper, not unreasonably. "Why you coming fast?" he asked the cyclist, and it became a meme, but not immediately. It's thought the video has been online for over a year, but it only went truly viral earlier this month. Ferdi seized the moment, set up an Instagram, which has now attracted almost half a million followers.

The music world beckoned. Ferdi was invited to perform live with producer Steel Banglez and MC Mist, footage of which he posted on Twitter, and he also seems to have formed a friendship with Michael Dapaah. We've been promised the full story of the video by Ferdi, but at the time of writing it remains a mystery. However, he's got more nightclub appearances booked he recently posted a video of himself in the studio with Stefflon Don, suggesting a track with Ferdi on it may be in the offing.

Why you coming fast?
Ferdi the mechanic