Are these the most controversial pieces at this year's Proms?

This year, the Proms are commemorating 100 years since the Russian Revolution, a theme that makes itself felt in works as varied as Shostakovich's Ten Poems on Texts by Revolutionary Poets (PCM 5) and Prokofiev's Cantata for the 20th Anniversary of the October Revolution (Prom 68).

But these aren't the only musical earthquakes on offer in this year's programme. Below are seven other pieces that for a variety of reasons were highly controversial when they were first played, and we haven't even mentioned Stravinsky's Rite of Spring (Prom 28), the premiere of which caused a riot. Or did it? We discussed the debate in a different article, Eight mysteries buried in the music of this year's Proms. 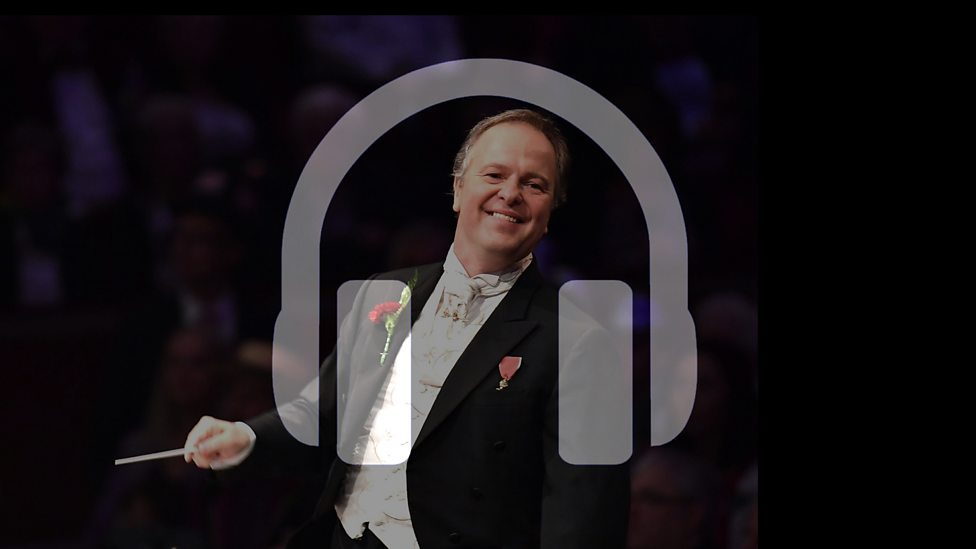 A rousing work for full orchestra depicting the rugged majesty of Finland's landscape, Finlandia is the country's informal national anthem as well as Sibelius's best-known piece. Writing during a period when the country was part of the Russian Empire, the composer intended it to be a rallying cry for his countrymen to rise up and throw off the yoke of Russian oppression.

To get past the censors, Finlandia initially had to be performed under a variety of innocent-sounding titles, including Happy Feelings at the Awakening of Finnish Spring and Impromptu. Even so, the authorities weren't fooled: the story goes that people were banned from whistling it in the street.

To modern ears, Debussy's 1894 response to a Mallarmé poem, The Afternoon of a Faun, doesn't sound especially shocking: languid and drowsy, it commences with an ethereally beautiful flute solo that builds into a shimmering orchestral depiction of woodland life. But the piece was revolutionary for its time. Free-flowing and improvisatory, spiced with unusual harmonies and melodies that seemed to go nowhere, it helped lay the foundations for the experiments of 20th-century music. In the words of the composer/conductor Pierre Boulez (himself no stranger to scandal), "Just as modern poetry surely took root in certain of Baudelaire's poems, so one is justified in saying that modern music was awakened by L'après-midi d'un faune."

Sketched out in the first years of the 19th century, Beethoven's third symphony, the Eroica ("heroic"), was a breakthrough work for a composer still in his early 30s. Full of startling dissonances, stormy emotions and covering an awesome expressive range, the piece has been called the first romantic symphony ever written, a world away from the conventions of 18th-century classical music.

And that's not even to consider the infamous story of its dedication: Beethoven originally intended the piece to be an admiring portrait of Napoleon, but changed his mind after the Frenchman declared himself emperor. According to the composer's secretary, he angrily proclaimed: "Now he will think himself superior to all men, become a tyrant!" and scratched out the reference to "Buonaparte" on the title page of the score. The accuracy of the legend has proved controversial (some scholars have doubts about its veracity), but the piece is a musical landmark nevertheless.

Musical history is littered with stories of disastrous premieres, but few were as terrible as that of Benvenuto Cellini, Berlioz's attempt to retell the life of the famous Renaissance sculptor in operatic form. The project had already been rejected by one opera company when the composer took it to the Paris Opéra, who nevertheless believed in it enough to give it an unprecedented 29 rehearsals and engage two of the world's most famous singers (the tenor Gilbert Duprez and soprano Julie Dorus-Graz) at eye-watering expense.

But when it came to the opening night on 10 September 1838, Duprez was hoarse, the rest of the cast struggled to perform Berlioz's startlingly original music with any conviction, and the audience began to boo after the first few arias. Berlioz was so crushed by the reception - later comparing it to being "stretched on the rack" - that he abandoned the opera for nearly 20 years, recycling some of its music as the much more popular orchestral overture Le Carnaval Romain.

Completed in 1945 after the devastation of Weimar, Dresden and Munich by Allied bombing raids and based on the funeral march of Beethoven's Eroica symphony (see above), this work for 23 string instruments is a tumultuous listening experience - one moment raging and bitter, the next full of tenderness and regret. There's no denying the piece's power, but controversy surrounds the circumstances of its composition...

The elderly Strauss chose to remain in Hitler's Germany during the Second World War, becoming president of the Reichsmusikkammer, the National Socialist music council, and later received the personal protection of the notorious Nazi Baldur von Schirach. To this day, people debate what exactly Metamorphosen is mourning: the co-opting of German culture by fascism? Or the ending of Hitler's "thousand-year Reich"? 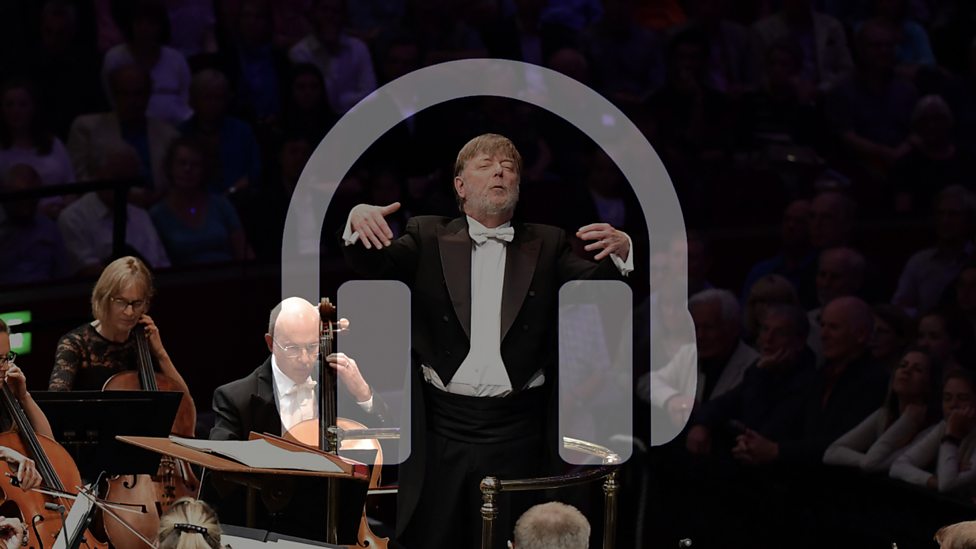 Composed when Walton William was just 19 years old, Façade: An Entertainment resulted in one of the most notorious premieres in British musical history. A setting of surrealist poems by Edith Sitwell, which Walton first arranged for clarinet, cello, trumpet, percussion and voice, the piece was publicly premiered in 1923 with the poet herself reciting the text through a megaphone behind a curtain.

Both Sitwell’s poems and Walton’s music are deliberately tongue-in-cheek - one is a tango based on the music-hall song I Do Like to be Beside the Seaside, while another number is subtitled Trio for Two Cats and a Trombone - and some critics were scandalised by Walton’s inclusion of popular music and jazz riffs. The Manchester Guardian described it as "relentless cacophony", while another headline read: "Drivel That They Paid to Hear." Sitwell was thrilled. 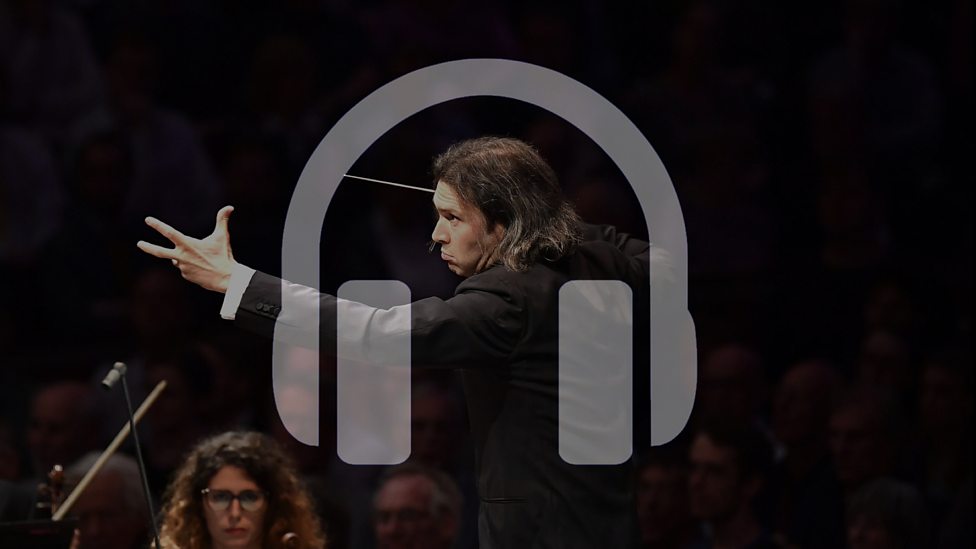 Other works listed here are revolutionary in musical terms, but given the theme of this year's Proms perhaps it's fitting to end with a musical depiction of a revolution. Shostakovich decided to make the subject of his 11th Symphony a notorious uprising in St. Petersburg in January 1905, in which over 1,000 peaceful demonstrators were shot by tsarist troops - an incident that became a major inspiration for the Communist Revolution of 1917.

According to an interview the composer gave much later, stories about the massacre "deeply affected my imagination", and the symphony is a cinematically precise depiction of the events that day. The hushed first movement sets the scene as protestors gather in the bitter cold outside the Winter Palace, while the second movement depicts the massacre itself, with violent stabs of brass noise imitating the sound of rifle fire. The third movement, subtitled Eternal Memory, is a requiem for the dead, followed by a strident march that culminates in repeated clangs of a bell - perhaps in warning as well as triumph.