Split in half: 8 groups forced into rival factions

It only takes a minute to fall in love, but divorce is an altogether lengthier, messier process. The same goes for bands: nobody thinks about future royalties when they're jamming in a garage, but when a band ends is when the litigation starts. For a start, who gets custody of the name? What if some of the members want to carry on while others insist the band is a travesty without them?

When it comes to bands looking to reform, the picture can be cloudier still - especially when there are numerous ex-members claiming that their version of the group is the definitive iteration. Here are eight cases of bands that split into competing factions.

It’s always a sad day when former bandmates have to face each other across a courtroom; sadder still when it's not just a band but a family that's being torn apart. Take the case of Birmingham reggae stalwarts UB40, whose fraternal frontmen Ali and Robin Campbell are currently locked in a bitter legal battle for the use of the band name. As a recent BBC documentary detailed, despite selling more than 70 million albums worldwide, UB40 were declared bankrupt in 2011. When Ali felt like he wasn't getting straight answers about where all the money had gone, he quit the band; Robin contends that Ali left because he thought he'd earn more as a solo artist. Their family feud was compounded when Robin replaced Ali as lead singer with another Campbell brother, Duncan.

Ali has regularly lambasted the other UB40, once telling the Birmingham Mail that he's "heard better tribute bands", and in recent years has taken to touring alongside two former bandmates as UB40 Featuring Ali Campbell, Astro and Mickey. With Robin's version of the band still very much operational, he initiated court proceedings against Ali for sole use of the UB40 brand, an action that has already cost both parties an estimated £250,000 each. As in the past, UB40 are hoping that Red Red Wine might be their financial saviour - before Christmas, as the Mirror reported, Ali's camp began flogging UB40-branded Bordeaux for £28.50 a bottle. 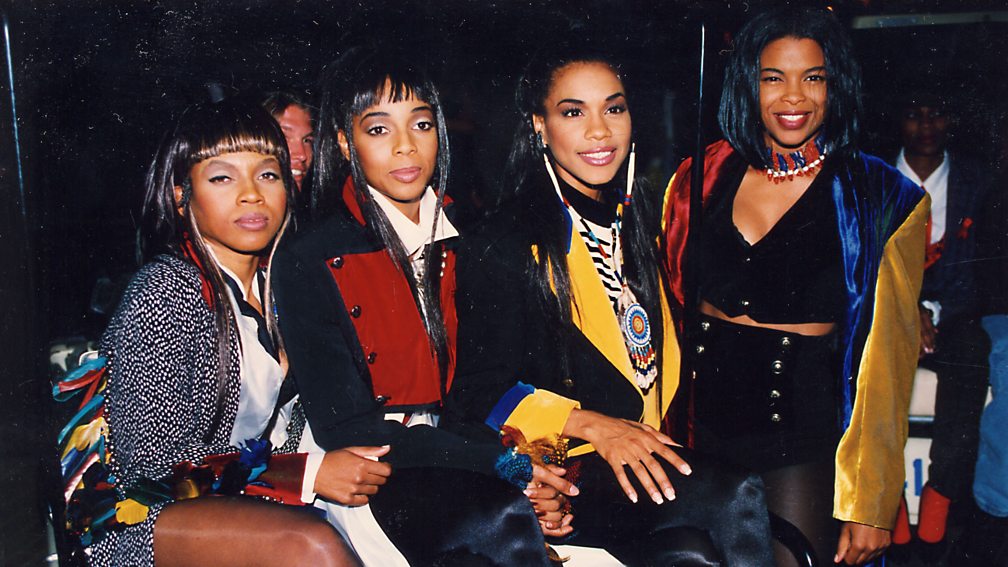 Classic singles such as Whatta Man and Free Your Mind gave the impression of En Vogue as a tight-knit girl gang. But that illusion was shattered a few years ago when Dawn Robinson and Maxine Jones walked out of the group for a second time, exposing a history of contractual disputes and intra-band rivalry. In 2013, Jones began touring with two new singers as En Vogue to the Max, telling Rumorfix, "I am En Vogue!" But, as TMZ reported, an arbitration judge disagreed and Jones was forced to drop the name, filing for bankruptcy soon afterwards. The version of En Vogue touring the UK this summer will feature only Cindy Herron and Terry Ellis from the original line-up. A full En Vogue reunion? Looks like you're never gonna get it (sorry).

[LISTEN] The Beach Boys introduce themselves to the UK

Behind the balmy Californian harmonies, The Beach Boys are one of the most fractious bands in history. Numerous terrible business decisions only served to exacerbate the tensions between Mike Love, who wrote in his autobiography, "For those who believe that Brian walks on water, I will always be the Antichrist," party boy Dennis Wilson (he died in 1983) and troubled musical mastermind Brian Wilson. Love's determination to keep The Beach Boys show on the road at all costs has led to him fronting a version of the band in which he is the only original member (although long-serving bassist/singer Bruce Johnston also features). His 2017 tour will run almost simultaneously with the extension of Brian Wilson's Pet Sounds 50th Anniversary World Tour, featuring fellow original member Al Jardine and fleeting Beach Boy Blondie Chaplin. Who does the best version of Good Vibrations? Our tip - listen to the record. 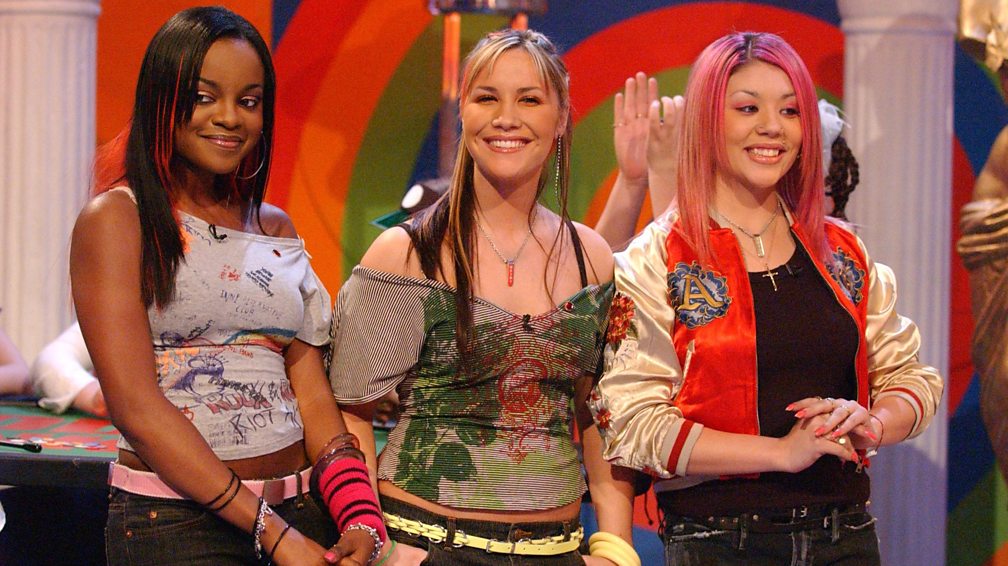 Throughout the 00s, Sugababes operated one of the most notorious revolving door policies in pop. Hoping to exploit the brand power established with early smashes like Overload and Freak Like Me, the group's management kept faith in the Sugababes name when first Siobhan Donaghy, then Mutya Buena, and finally Keisha Buchanan all jumped ship, leaving the band with no original members. When their respective solo careers foundered, it was no great surprise that the three 'Origibabes' announced their intention to reform. But with a replicant Sugababes still nominally on the circuit, they were forced to call themselves Mutya Keisha Siobhan. Sadly their 2013 comeback single Flatline stalled outside the Top 40 and an album never materialised. The trio have reportedly since been in talks to buy back the Sugababes name, but is it still worth the crop top it's written on? 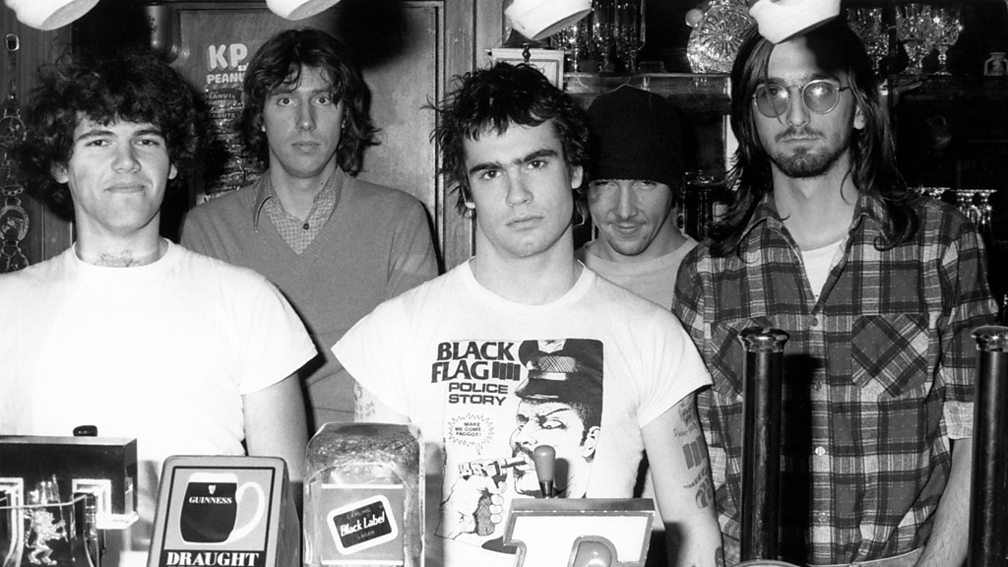 In 2013, punk fans were moshing excitedly at the news that legendary hardcore trailblazers Black Flag were reforming and touring. But which version of the band would be coming to their town? Was it Black Flag, featuring the band's mastermind Greg Ginn and sometime vocalist Ron Reyes? Or was it Flag, led by original singer Keith Morris and three others who served time during the band's combustible late-70s/early-80s heyday? Ginn quickly tabled an injunction against Black Flag's rival incarnation but they were eventually allowed to carry on using the shortened name. In fact, Flag continue to tour while Ginn's version of Black Flag imploded in November 2013 when, as NME reported, Reyes was effectively sacked mid-set during a gig in Australia. The band's most famous singer Henry Rollins declined, perhaps sensibly, to get involved with either reunion.

Starship - We Built This City

When Starship hit No.1 in 1985 with sugary power-ballad Nothing's Gonna Stop Us, not all of their new fans - moved to buy the single following its appearance in uber-corny rom-com Mannequin - may have been aware of the band's origins in the 60s counterculture. Starship could trace their lineage back to seminal San Francisco psych band Jefferson Airplane, who morphed into Jefferson Starship in the 70s. However, by 1984 the band's increasingly "mundane" pop direction, according to Ultimate Classic Rock, alienated founder Paul Kantner who quit, taking legal action to prevent them using the 'Jefferson' part of the name. Despite Kantner's death in 2016, a version of Jefferson Starship continue to tour, while anyone with a desperate urge to hear We Built This City live can sign up for a show by Starship Featuring Mickey Thomas.

Not every story of subdividing bands has to end in acrimony. Two versions of 2-tone band The Beat have been co-existing in relative harmony for a while now. Last year, The Beat ft. Ranking Roger found themselves touring the UK about two weeks behind The English Beat - led by Roger's former co-frontman Dave Wakeling, now based in California. Yet it seems relations between the two are cordial. In 2015, Wakeling told the Washington Times that his relationship with Roger was "very pleasant" while talking positively about uniting the two Beats. UB40 take note.

Don't worry, your favourite unicorn-riding psychedelic uncles haven't turned on each other - not in real life, at least. A recent episode of hipster-baiting US sitcom Portlandia found them expertly spoofing the phenomenon outlined in this article, as two rival versions of The Flaming Lips - The Flaming Lips featuring Wayne Coyne and More Flaming Lips (led by multi-instrumentalist Steven Drozd) - turned up to fulfill a festival booking. The two camps had done so much suing and countersuing, it transpired that their lawyer was the only person now legally permitted to sing the chorus of Do You Realize? Thankfully, the spectacle of a man in a suit murdering their signature song (while charging them for the privilege) was enough to make Coyne and Drozd see sense, and The Flaming Lips were reunited for a triumphant finale.