6 secret pop star aliases that had us fooled

Alter egos are part of the fabric of pop. From Hank Williams as Luke the Drifter and David Bowie as Ziggy Stardust through to Beyoncé's Sasha Fierce, great art has been created when a new identity is assumed.

In those cases, we knew who was behind the alternative personality, but that isn't always so. Plenty of acts have adopted disguises in secret, hoping to fool music fans and critics, just as these six did for varying lengths of time. They were all eventually rumbled, but it makes you wonder who else has managed to get away with it.

Exactly what happened with Green Day between the release of their albums Warning (2000) and American Idiot (2004) has been the source of much speculation among fans. Warning was meant to be followed by an album called Cigarettes and Valentines, but the band claimed the master-tapes were stolen, forcing them to work on what became the massive-selling American Idiot from scratch. 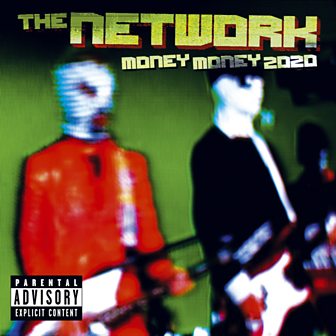 Meanwhile, in 2003 a mysterious Devo-like new wave group called The Network released an album called Money Money 2020 on Green Day's Adeline Records, which many assumed at the time was a Green Day record in disguise. "If The Network isn't Green Day, they do a great job of sounding like Green Day trying to not sound like Green Day," ran the opening line of Punk News's review of the album. "For the sake of this review, we're going to simply state that Billie [Joe Armstrong], Mike [Dirnt], and Tré [Cool] are 3/5 of The Network for simplicity."

Other reviewers took a similar line, but only Mike Dirnt has admitted being part of The Network project. And was Money Money 2020 actually Cigarettes and Valentines, or a version of it? Much later, the band told NME that the supposedly lost album was actually "in the vault", unlikely to see the light of day. To confuse matters more, there's another Green Day spin-off band, Foxboro Hot Tubs - a garage rock group that released an album in 2008, Stop Drop and Roll!!!, and includes three other musicians. 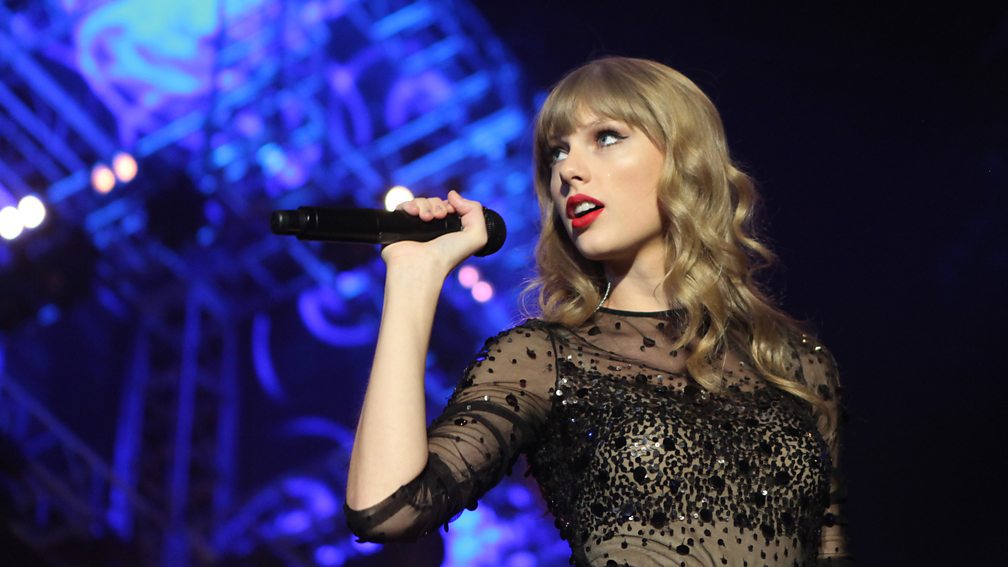 Even a cursory reader of the music and/or gossip press in 2015-2016 would have know that Taylor Swift and Calvin Harris were an item. But in their time together, they never collaborated on a song - or so it seemed. In April 2016, the Scottish dance music producer released This Is What You Came For, featuring Rihanna, which duly shot up the charts to No.2 in the UK. It was credited to Harris and Nils Sjöberg, assumed to be a gun-for-hire songwriter, probably from Sweden.

Perhaps we would have never known that Nils Sjöberg was Swift if the pair hadn't split up following This Is What You Came For's release. After they did, Swift's team went live to say that the track was a collaboration - to the annoyance of Harris, who felt their announcement made it look like he hadn't been truthful about the song's origins. He took to Twitter to express his regret. "Hurtful to me at this point that her and her team would go so far out of their way to try and make ME look bad at this stage," he wrote, adding: "I wrote the music, produced the song, arranged it and cut the vocals though. And initially she wanted it kept secret, hence the pseudonym. And she sings on a little bit of it too. Amazing lyric writer and she smashed it as usual."

3. The Fireman (Paul McCartney and Youth) 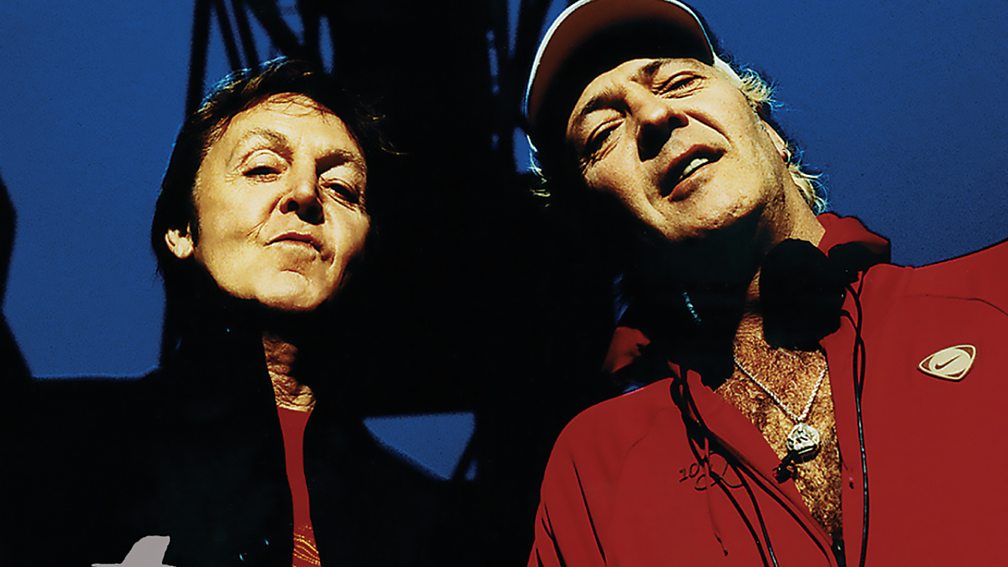 What do you do if you're the most successful musician in history, with every note you record scrutinised for meaning, but actually you quite fancy making some experimental electronic music for the fun of it and not for commercial gain? That was the dilemma Paul McCartney faced in 1993 after he'd met Youth (Martin Glover), a record producer and founding member of ultra-heavy punk-rock group Killing Joke.

McCartney had recruited Youth to help mix his ninth solo studio album, Off the Ground, and the two became friends. After the album was completed, they continued to work together creating the ambient techno album Strawberries Oceans Ships Forest, mostly comprised of samples from the Off the Ground sessions. The album was billed as a release by The Fireman with no mention of either McCartney or Youth, although their involvement was heavily suspected. They kept shtum until 2008 when a third album by the pair, Electric Arguments, came out, following 1998's Rushes.

Macca had previous form writing under a pseudonym. As Bernard Webb in 1966, he penned a song called Woman for pop duo Peter and Gordon, then as Percy 'Thrills' Thrillington came up with Thrillington, an instrumental cover-version record of Paul and Linda McCartney's 1971 album Ram, only admitting to the ruse in 1989.

4. The Poppy Fields (The Alarm)

[WATCH] The Alarm perform 68 Guns live at The Gathering in Llandudno, 2017

Welsh group The Alarm were a steady presence in the charts in the 1980s, scoring numerous Top 40 hits but never cracking the Top 10 (68 Guns was their biggest hit, reaching No.17 in 1983). Come the early 90s, however, and despite building up a strong fanbase for their live show, they fell out of favour with radio, making it harder for the group's releases to get attention. In 1991, lead singer Mike Peters left the band. 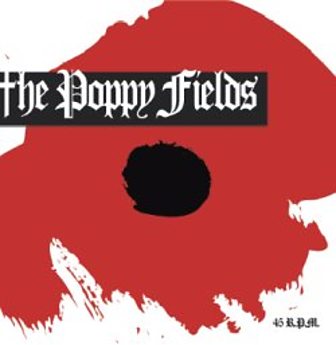 Fast forward to 2004 and a teenage group called The Poppy Fields were a new entry in the charts at No.28 with a song called 45 RPM. They looked young and sounded young, so it was quite some surprise when Peters revealed on Radio 1 during the Chart countdown that The Poppy Fields were actually The Alarm, just with group of younger musicians from Chester called the Wayriders miming in the video.

Peters was making a point, which he explained on the band's website at the time: "If we had put out a single by The Alarm, there would have been a negative feeling, because whether record company executives and music journalists admit it or not image is rated far higher than the music nowadays... Why must new music necessarily have to be made by new bands? I'm 44 but I'm writing new songs as fresh and as vibrant as anything I've ever done. In Britain we're too quick to want to find the next big thing."

The hoax certainly put The Alarm back on the map. A film starring Phil Daniels and Keith Allen, Vinyl, was made about the hoax in 2012 and The Alarm are very much still on the road in 2017.

In 2014, pop duo Alex & Sierra released a song called I Love You, telling Entertainment Tonight, "We were told that Mick Greenberg wrote it. That's what we were told, that's all we know. It could be Shaq! We don't know… Shaquille O'Neil might have written it."

For fans of One Direction, alarm bells immediately rang. The year before, Harry Styles had told Radio 1's Scott Mills (at 2:54 in the above clip) that he sometimes checks into hotels as Mick Green and the lyrics of the song seemed to contain oblique references to Harry's ex Taylor Swift, by echoing lines in her songs.

In 2015, reporters for MTV got to work, searching the website of ASCAP (American Society of Composers, Authors and Publishers) for other material written by Mick Greenberg. They discovered 35 songs associated with Greenberg, 13 of them by One Direction. Was the cat finally out of the bag? Almost certainly. 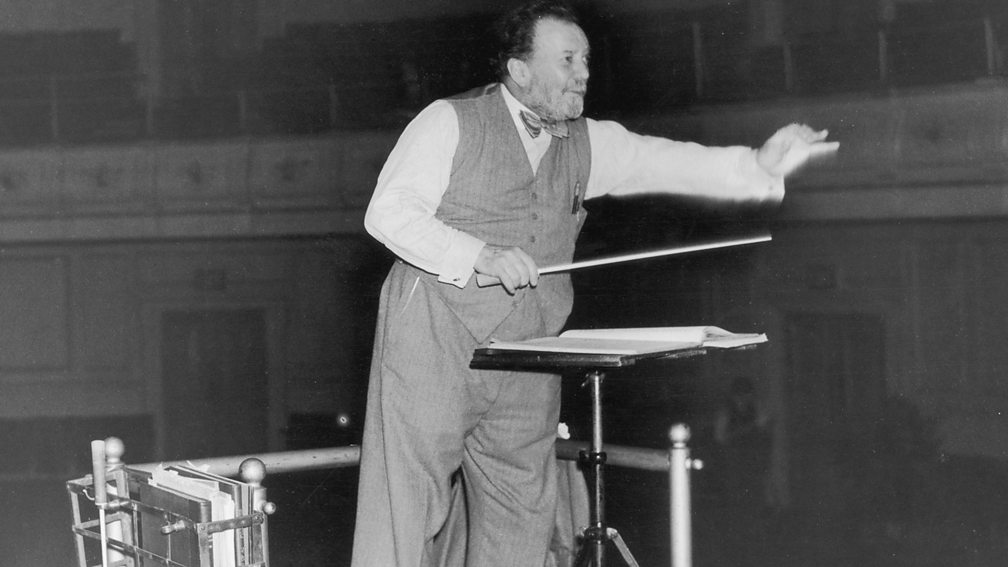 Okay, so he's not a pop star, but seeing as the Proms are on, we'll finish with a great little yarn about Sir Henry Wood, the classical music festival's much-loved original conductor. From the Proms' beginning in 1895 to his death in 1944, Wood was the maestro of the festival, often having to come up with new arrangements of well-known pieces to suit the orchestra he was working with. Critics often complained, leading Wood in 1929 to play a joke on them.

"I got very fed up with them, always finding fault with any arrangement or orchestrations that I made ... 'spoiling the original' etc. etc.," he said, so he passed off one of his own orchestrations of Bach's Toccata and Fugue in D minor as being the work of a Russian composer called Paul Klenovsky. The press, he continued, "fell into the trap and said the scoring was wonderful, Klenovsky had the real flair for true colour - and performance after performance was given and asked for."

It took five years for Wood to reveal the truth, after which the Times published a tongue-in-cheek tribute to Klenovsky.