8 of the most disastrous tours in music history

Touring the country or the world: good for a musician's ego and often even better for their bank balance.

Yet sometimes things doesn't go smoothly. According to a recent report by the Toronto-based newspaper The Globe and Mail, Canadian art-rockers Arcade Fire are playing to "unfilled" stadiums throughout their North America jaunt in support of new album Everything Now, with some 10,000-capacity venues attracting around 5,000 punters.

It wouldn't be the first time a string of shows unravelled. Here are eight others that didn't go to plan.

Turns out that American audiences in thrall to the nihilism of grunge weren't too invigorated by the promise of four England kids singing chipper Anglocentric tunes. Who knew? Blur were forced to press ahead with their trawl around toilet venues in the US because their previous manager, Michael Collins, had left them in debt.

It was a miserable time for the skint band; the shows were damp squibs and guitarist Graham Coxon later told the Guardian: "We ended up being chased out of one radio station by people with shotguns… Just because we cussed on air." Intra-band tensions rose - dramatically. "Dave [Rowntree, drummer] used to play this game called the Punching Game. We all took it in turns to punch each other. I remember playing it with the bass player from Dinosaur Jr ... he was massive. Taller than me. He lumped the s*** out of everyone."

Earlier this year, prince of pop Justin Bieber devastated fans by scrapping the final 14 dates of his Purpose world tour, having played 150 consecutive shows in 40 countries across the globe. He posted a lengthy statement on Instagram: "I want you all to know this tour has been unbelievable and has taught me so much about myself… Me taking this time out right now is me saying I want to be SUSTAINABLE. I want my career to be sustainable, but I also want my mind heart and soul to be sustainable."

The announcement came after a run of incidents, including falling out with his fans in Manchester in 2016 (hear above). Clearly, he needed a break. "I let bitterness, jealousy and fear run my life!" he added. "What I'm not gonna do is be ashamed of my mistakes. I wanna be a man that learns from them and grows from them."

The Sex Pistols feel cheated in 1978

Sex Pistols manager Malcolm McLaren had a bright idea. Circumventing the likes of New York and Los Angeles, he would book his controversial band to play their degenerative punk rock in more conservative, lesser-reached destinations such as Tulsa, Dallas and Baton Rouge. This, he reasoned, would generate headlines and increase the Sex Pistols' infamy.

It didn't quite pan out like that. They were, predictably, met with hostility - punters showered the band with beer cans at the San Antonio show - and the band felt exploited. John Lydon later wrote in his autobiography, "It was a ridiculous farce. The whole thing was a joke."

The tour culminated with a gig at San Francisco's Winterland - the only venue McLaren booked that would feasibly attract a punk audience - and concluded with Rotten, who quit the group soon after, asking: "Ever get the feeling you've been cheated?"

The Beatles enrage America in 1966

The Beatles were sick to the back teeth of touring by 1966. Referring to their screaming fans, Ringo Starr recalled in the documentary The Beatles Anthology that, "Nobody was listening at the shows." Then, in July, Datebook magazine re-published quotes John Lennon had given to the Evening Standard four months earlier suggesting the band were "more popular than Jesus" and all hell broke loose.

Their American tour was blighted by death threats and the Klu Klux Klan even picketed one concert, while fans and police clashed when an open-air show in Cincinnati was cancelled in the wake of torrential rain. The Beatles made a pact that the final date of the tour, at Candlestick Park in San Francisco, would be their last. Fittingly enough, a bootleg recording of the show cuts out midway through the final song, a cover of little Richard's Long Tall Sally. Over and out.

Zayn does a Robbie and quits One Direction in 2015

Zayn and Robbie Williams have two things in common: both take an interest in aliens and both abandoned beloved boy bands at the peak of their success.

As MTV reported, Zayn was dating Perrie Edwards from Little Mix when he was snapped on a beach in Thailand with another woman. The resulting scrutiny perhaps influenced his decision to drop out of the remainder of One Direction's tour of Asia, with one reporter who attended his final show with the band - at the AsiaWorld Arena in Hong Kong - writing that "he struggled to smile even once".

He quit the band a week later and later told Glamour magazine that he made the move "because an alien told me to in a dream". It might have been a joke, but if he does believe in extra-terrestrials and UFOs, he's far from alone in the world of pop.

Cher and Greg Allman learn the hard way in 1977 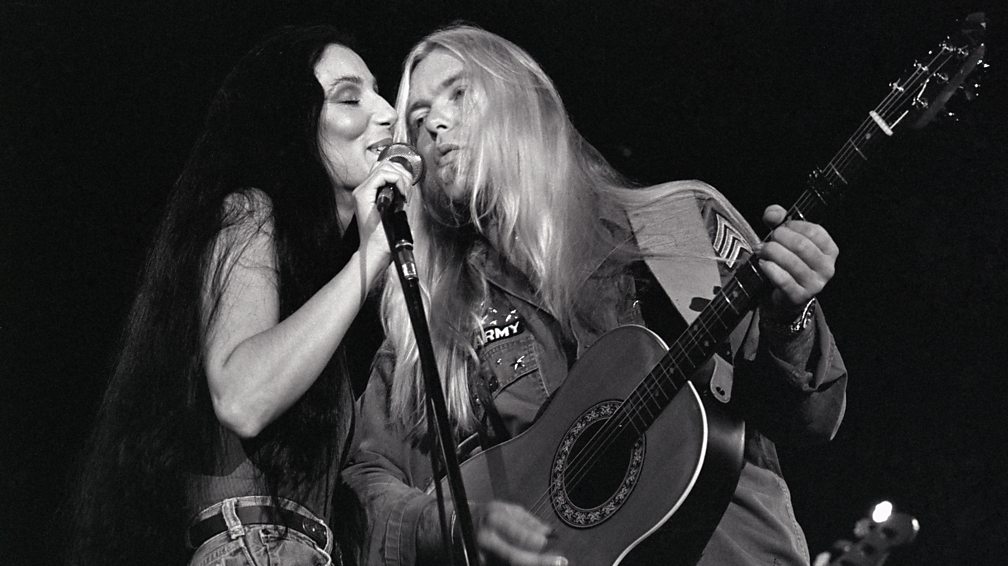 As we've noted before at BBC Music, the critics were unanimous in their loathing of Two the Hard Way, the joint southern-rock album recorded by Cher and her then-husband Gregg Allman. The public wasn't keen either: the record failed to chart. The 1979 Rolling Stone Record Guide wrote: "It's hard to imagine a more inappropriate combination... It's the bottom of the barrel after a long fall for Gregg, and more of the same for Cher.

Unsurprisingly, the accompanying 16-date tour wasn't much more of a success. As Lawrence J. Quirk recalled in his 1991 book, Totally Uninhibited: The Life and Wild Times of Cher, it lost money from the get-go, and the recently sober Allman turned to drink, which put his relationship with Cher under strain. The couple split up soon after the tour and the album, never released on CD and unavailable on streaming services, has become something of a curio.

The Small Faces go all Spinal Tap in 1968

A drugs bust, contraband booze, a malfunctioning stage. This story has it all in terms of Spinal Tap-esque excess, and points to what a rock 'n' roll force the Small Faces were in the late-60s. Keyboardist Ian McLagan had been busted in London for possession of cannabis and when the band touched down in Brisbane to kick off their Australian tour, he was asked by a journalist: "Mr McLagan, is it true that you're a drug addict?"

The musician's response was not, shall we say, good-natured. Somewhat deliciously, the manual revolving stage in Sydney got stuck when guitarist Steve Marriot annoyed the roadies who were supposed to manually push it around. Tensions in the band were already strained when their flight to New Zealand was redirected to Essenden Airport in Melbourne because they'd smuggled booze onboard, which did nothing to alleviate the misery. The group disbanded the year after that unpleasant tour.

Sonic Youth reach the end in South America in 2011

Kim Gordon's 2015 autobiography Girl in a Band opens with a chapter heartbreakingly titled The End. It recounts Sonic Youth's final concert, which took place at SWU Music and Arts Festival in Itu, Brazil. Gordon and guitarist Thurston Moore, married for 27 years, were in the process of separating after she'd learned of his extramarital affair, and her account of the tour is quietly devastating: "We weren't speaking. We had exchanged maybe 15 words all week… We could have cancelled the tour, but we'd signed a contract. Performing live is how bands make a living, and we all had families and bills to pay."

Gordon adds that torrential rain "followed us through South America, from Lima to Uruguay to Chili and now to Sao Paulo - a corny movie-mirror of the strangeness between Thurston and me," adding: "South American rain is like rain anywhere else, and it makes you feel the same too."