7 times music caused controversy at the US presidential inauguration 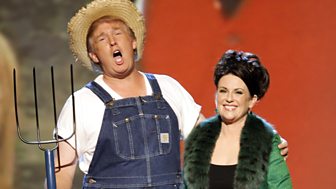 Donald Trump's inauguration on 20 January is going to be bigger than expected - if you take his word for it - although perhaps not musically. In the run up to the event, artists who have refused to play - including UK stars Elton John, Rebecca Ferguson and Charlotte Church - have made more headlines than those who have accepted (except possibly a Bruce Springsteen tribute act, The B Street Band, who pulled out at the last moment).

Among his marquee and ball performers, The Donald is left with a country singer (Toby Keith), a runner-up on America's Got Talent (Jackie Evancho), a Mormon choir and DJ called DJ Ravidrums who, yes, drums while he DJs. His drum kit features lights that flash every time it's hit. He has said he performs every night "like it's the end of the world". For some Democrats, that description will feel apt.

Most of the previous 44 presidents have had music at their inaugurations, and at the many balls and galas that surround them. They have a tendency to produce exhilarating, controversial and surprising moments. Here are some you should know about and, don't worry, Bill Clinton playing saxophone is not among them.

1. Beyoncé offended Etta James by serenading the Obamas with At Last 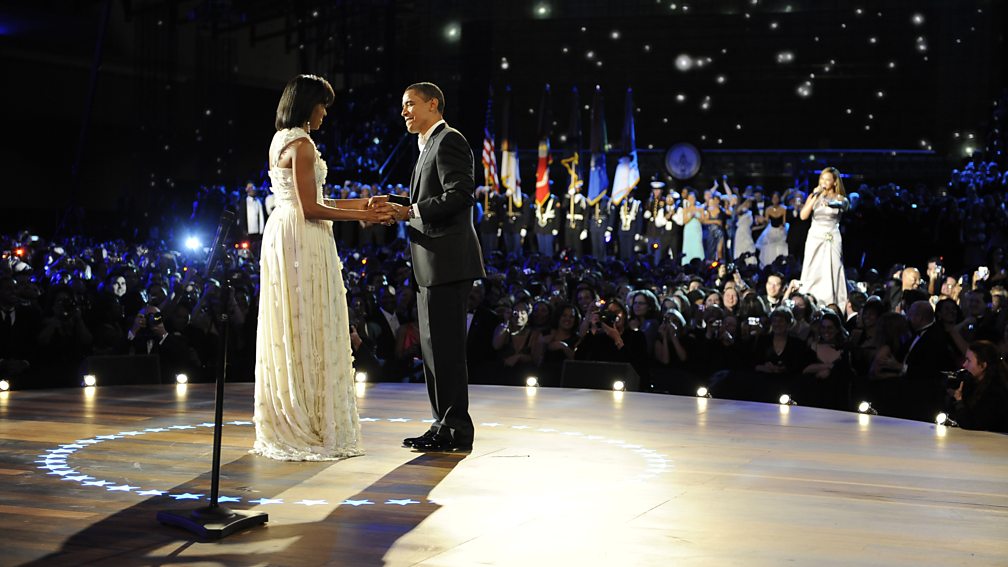 For many, the highlight of Barack Obama's inauguration in 2009 was Beyoncé singing At Last for the Obamas' first dance together as president and first lady. At that moment, the 1941 standard from the musical Sun Valley Serenade stopped being just a wonderful love song and became something else - a representation of supporters' joy at his presidency and hope for the future: "At last the skies above are blue." Beyoncé finished it in tears.

But one person wasn't pleased at all: Etta James, the soul icon who made At Last famous with her 1960 version. A few weeks later, James revealed her frustration with "big ears" Obama for picking Beyoncé to sing instead of her. "I tell you that woman he had singing for him - singing my song - she gonna get her ass whipped," she told a concert crowd. "The great Beyoncé. She had no business up there, singing up there on a big ol' president day… singing my song."

In 1961, John F. Kennedy's inauguration featured more celebrities than any previous ceremony and, the night before, Frank Sinatra organised a gala for him featuring singers like Ella Fitzgerald and Harry Belafonte.

There was one noticeable absentee: singer and film star Sammy Davis Jr. - the only African-American member of Sinatra's Rat Pack. He had been invited to both the gala and the inauguration, but Kennedy cancelled his invites. Davis was recently married to May Britt, a white Swedish actress, and Kennedy allegedly felt it could annoy some Southern Democrats if he was seen fraternising with the couple at a time when interracial marriage was prohibited in several states.

Davis later revealed in autobiography, Why Me?, that he'd received the call from Kennedy's secretary. He wrote: "I felt a torrent of words bubbling up in my throat: 'No, don't ask me to understand. Don't do this. Don't humiliate me. Don't cut me in half in front of my wife.' But I didn't say any of that. I said, 'I understand. Thank you for calling.'

"And I did understand. The hatred got noticed and had to be neutralised… I sat down on the bed, [but] then, feeling ill, I stretched out flat. I could handle it from the idiot in the street who… calls me a name. But when the president of the United States does it? To someone he knows… What hope have the millions of invisible people got?"

3. It took until 1949 for the first African-American to perform 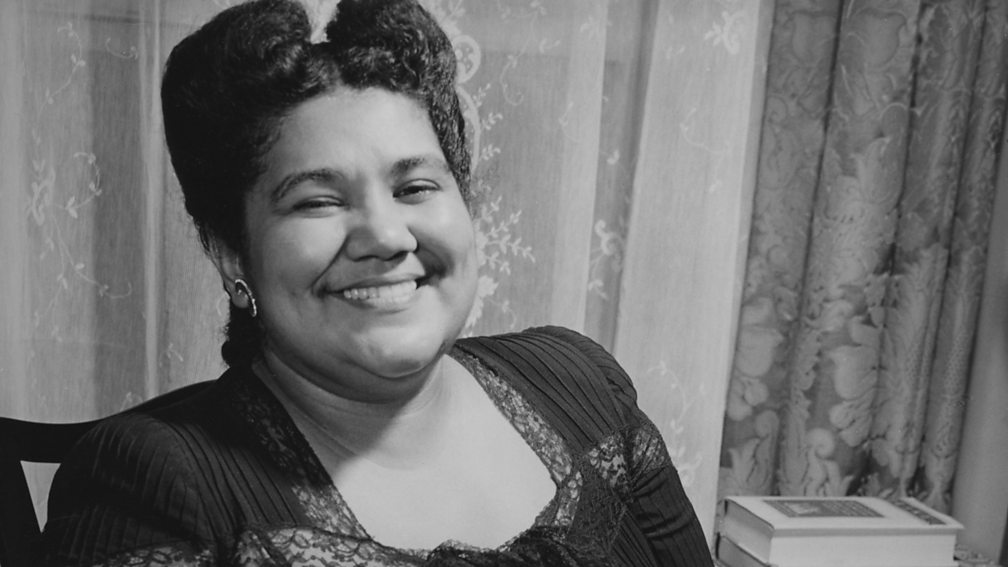 Harry Truman took a few, small steps towards improving black people's civil rights when president. Observers should perhaps have seen that coming since he was the first president to have African-American singers perform at an inaugural ball. In 1949, opera singer Dorothy Maynor - a woman who'd been stopped from playing America's opera houses due to her race - sang the spiritual Were You There When They Crucified My Lord? to Truman and an audience of over 5,000.

She clearly made an impact since, four years later, Dwight D. Eisenhower got her to sing the Star-Spangled Banner at his inauguration. Eisenhower also got Marian Anderson, another renowned African-American opera singer, to sing the anthem at his second inauguration, a clear sign he thought anthem singing was an easy, symbolic way to show every race was part of his USA.

4. The wife of Bill Clinton's vice president got booed 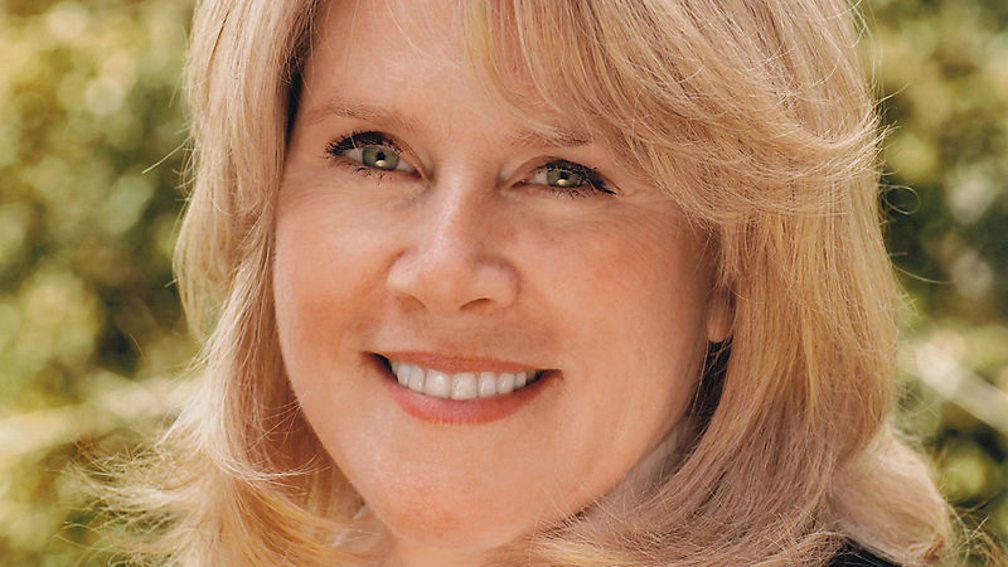 After his first inauguration in 1993, Bill Clinton tried to visit 14 balls to say thanks to everyone who supported him, dragging along his vice president, Al Gore, with him. One event the pair made sure to stop at was sponsored by MTV, where they were met like rock stars. "Everybody here knows that MTV had a lot to do with the Clinton-Gore victory," Clinton said to the crowd, which apparently surged towards him.

But things somewhat soured when Al Gore's wife, Tipper, walked to the microphone and was roundly booed for campaigning against violent and sexual rock and rap lyrics. Tipper Gore co-founded the Parents Music Resource Centre, the organisation that is largely responsible for those 'Parental advisory: Explicit content' stickers you sometimes find on records. There were clearly few parents at the ball that night.

Michael Jackson played at Clinton's first inauguration ball in 1993 (calling for action on AIDS while he did). So did Elton John. Seventies rock act Fleetwood Mac even reformed for it, just to play Don't Stop, which had been Clinton’s campaign song - and to get him on stage to embarrassingly hit a tambourine.

But of all the acts who performed at his 1992 inauguration event you get the feeling the one Clinton enjoyed most was the 10-sax funkathon that happened at an outdoor concert hosted by Will Smith. It featured the very 80s, very permed saxophonist Kenny G, among others, and today sounds quite dated. But Bill couldn't look happier whenever the camera pans to him.

The Godfather of Soul would perhaps not be top of a list of the musicians you would expect to work up a sweat for Republican Richard Nixon, and not least because he had backed Nixon's Democratic opponent, Hubert Humphrey, in the 1969 election. But James Brown played Nixon's inauguration gala, later explaining to Jet magazine: "I accepted [the invitation] because I want to give our new president a chance to bring the people of this nation together in every respect of our national life."

Brown played a half-hour set reported as being the most exciting of the whole night. Jet's description of what happened makes it sound like a collision between two worlds that had never before met: "Every time the little dynamo commanded, 'Say it loud,' a little, black, cheering section to the left of stage in the $100 seats jumped to its feet to answer back, 'I'm black and I'm proud.' And pretty soon, even a few [people] in the overwhelmingly white audience found themselves caught up in the unique Brown brand of musical hysteria."

7. The first president danced with multiple women - just not his wife 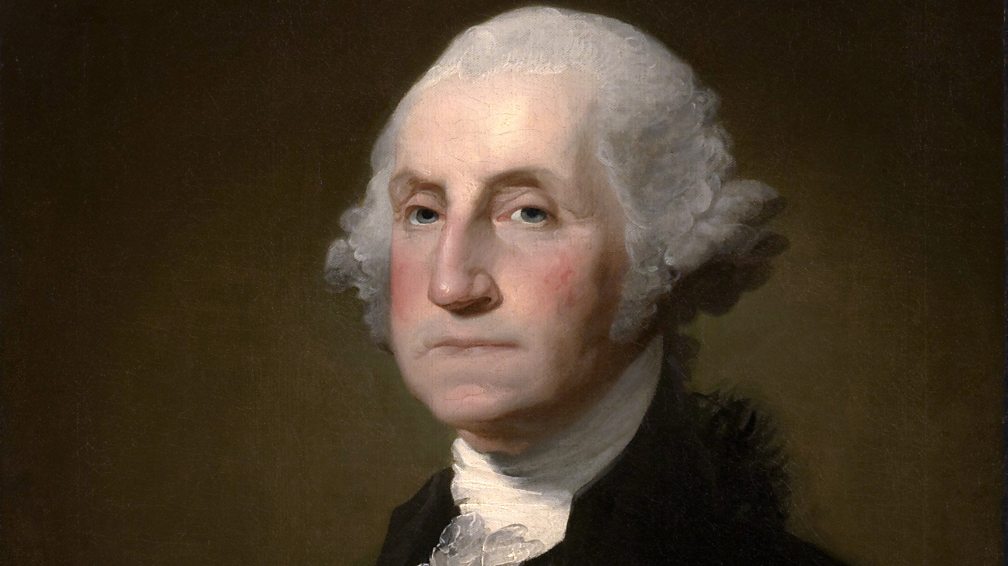 George Washington went to the inaugural ball a week after being made America's first president in 1789. His wife failed to make it to New York in time, so he got to dance two cotillions and a minuet with various guests ('dance' may be taking it too far - he was known to 'walk' through dances so as not to risk losing his presidential dignity).

There is no record of what the music was like, but one woman later said the ball was "the most brilliant of them all". Her opinion may have been swayed by the gift she received for attending; every woman present was given a fan "prepared in Paris, with ivory frame, which when opened displayed a likeness of Washington in profile".