Meet the 27 new bands and artists about to make their mark! (Note: set times are for Reading) 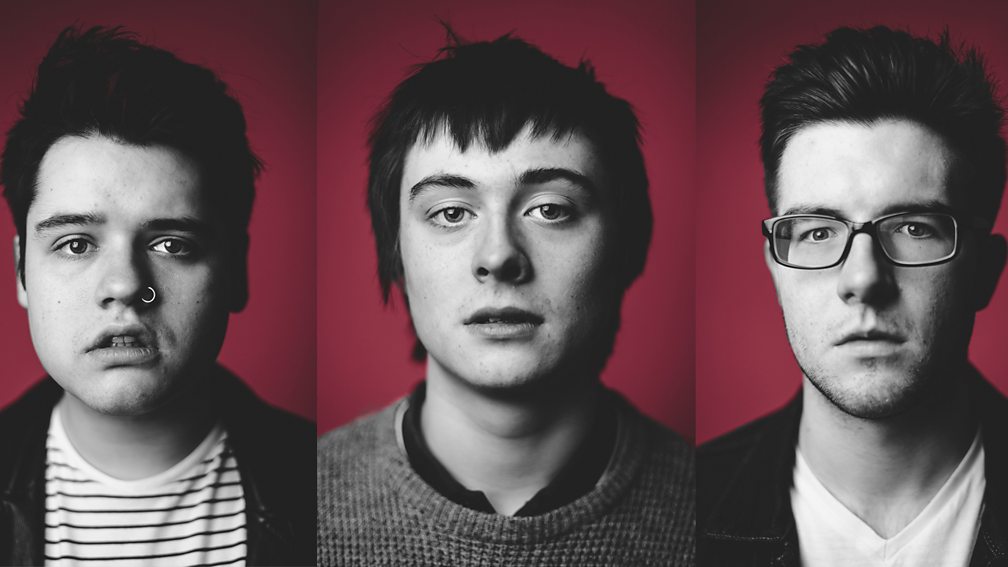 "Touts is the most rock and roll band that's come out of Northern Ireland in years. Reading and Leeds can expect fierce guitars, politics, snarling and fun. Enjoy!" 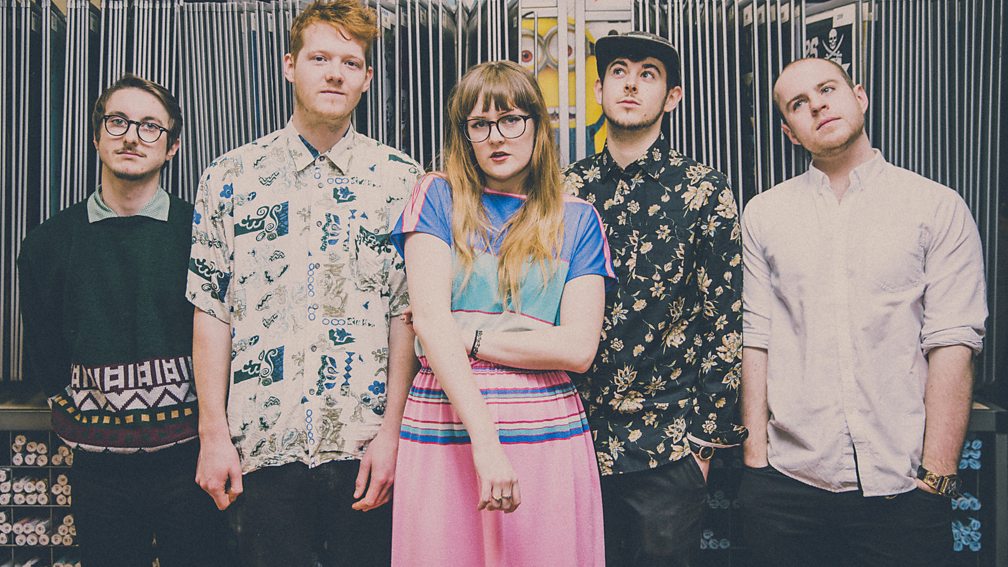 "The Golden Age of TV came onto our radar at the end of last year with Between Each Brick, and we all instantly fell in love with them. They've nailed the 90s indie guitar vibe and have beautifully powerful vocals laced on top. Expect them to become your new favourite band." 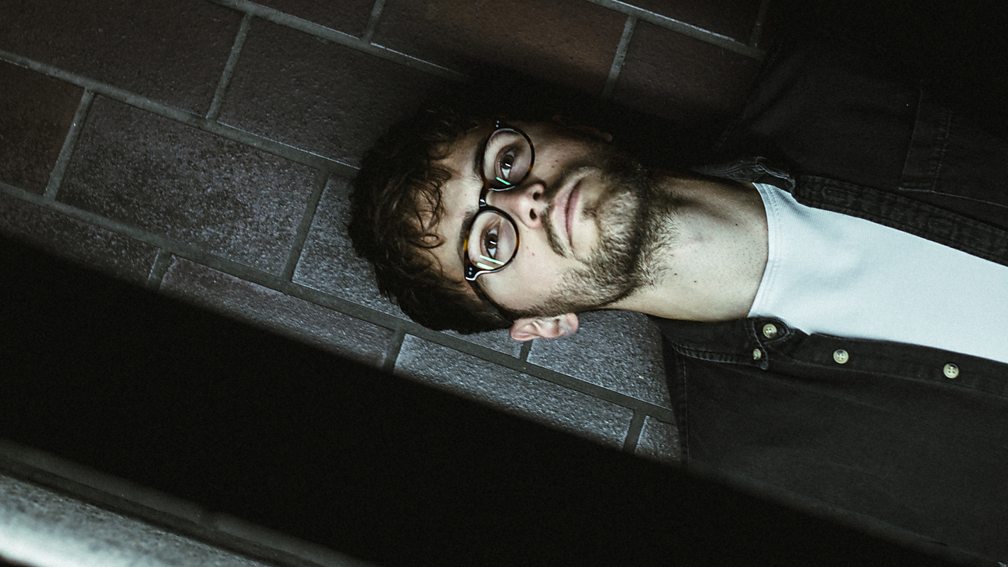 "What else can I say about Scott that I haven't already said before? He's a songwriter who dares to bare his soul and sings directly from the heart. This year alone has already proven that good things do happen to those who deserve it. If you want a performance that's going to stand out on the BBC Music Introducing stage, look no further. Scott Quinn is the man." 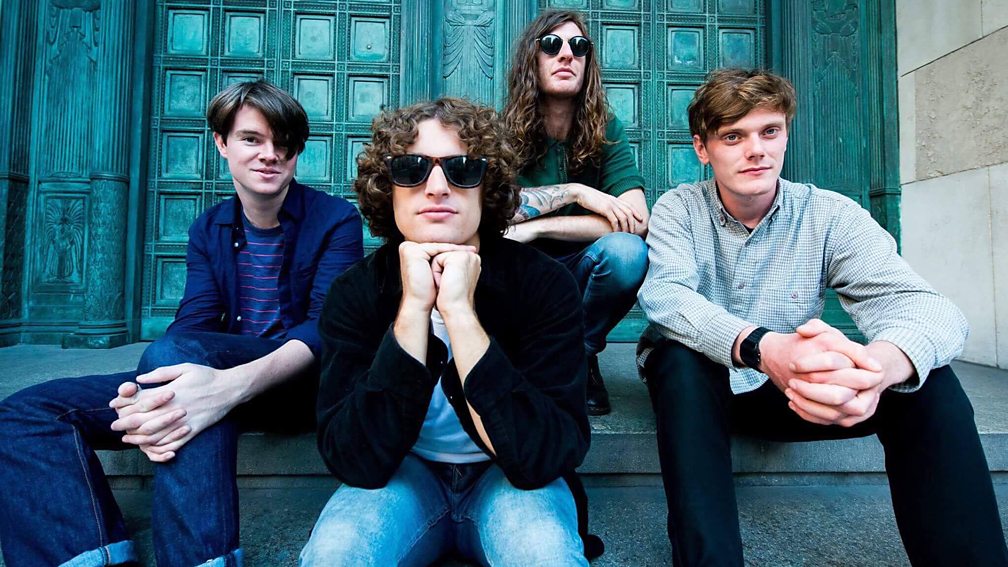 "This band have been turning the right heads in the industry since they began, and also managed to work with Clash legend Mick Jones on their early single Dirt. It’s fantastic to see this band make it to Reading + Leeds as we have been supporting them since they started. They have grown and developed into a really tight live band with a collection of post punk influenced songs that work well on radio and are perfect for a festival. Sugarmen are (Luke Fenlon (vocals/guitar), Chay Heney (guitars), Tom Shields (bass) and Sam McVann (drums)." 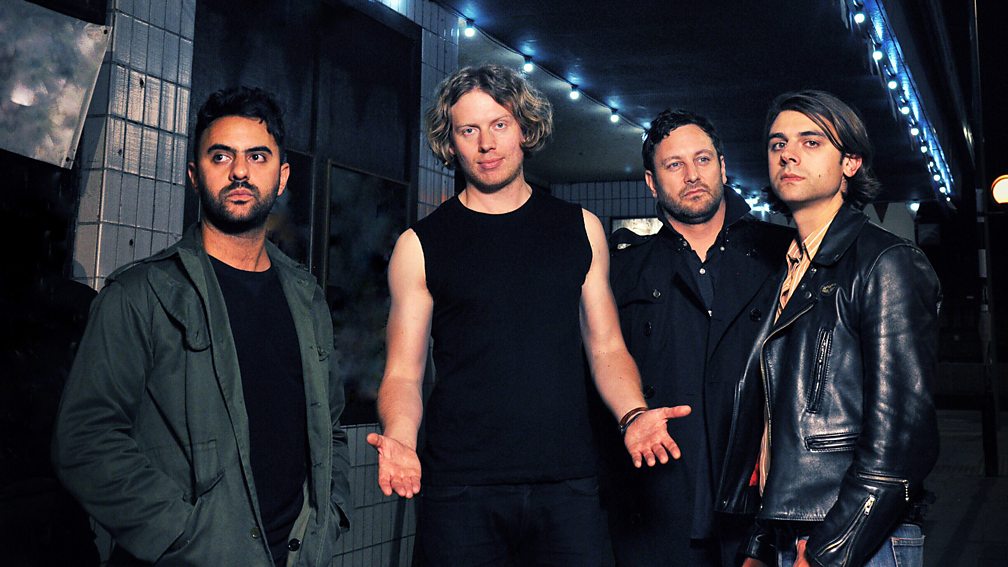 "RALE are one of those bands that manage to sound instantly recognisable and yet brand new at the same time, channeling the finest post punk pioneers but adding their own unmistakable panache. Seasoned music lovers will find comfort in the familiarity of their sound whilst younger ears will discover something new and beautiful. But all will agree on one thing: RALE are an incredible band and live are force to be reckoned with." 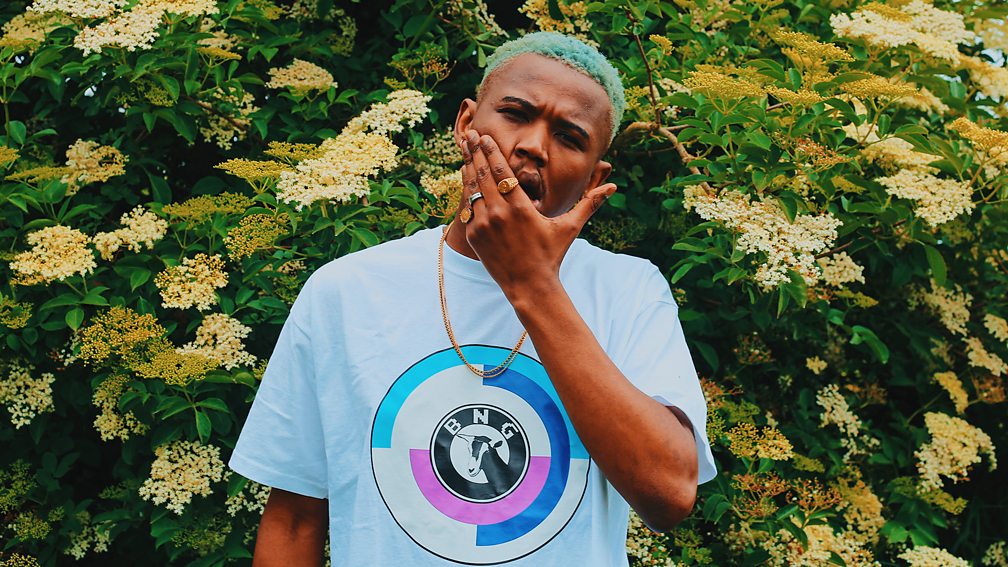 "Born and raised in Soweto, South Africa, Phundo Art currently calls the West Midlands home. His music informs his live shows: passionate, party-starting rap detailing not only the good life he intends to live but the trials and tribulations he and others around him face on a daily
basis. His choice of production and penchant for melody help to push his trademark take on modern rap forward." 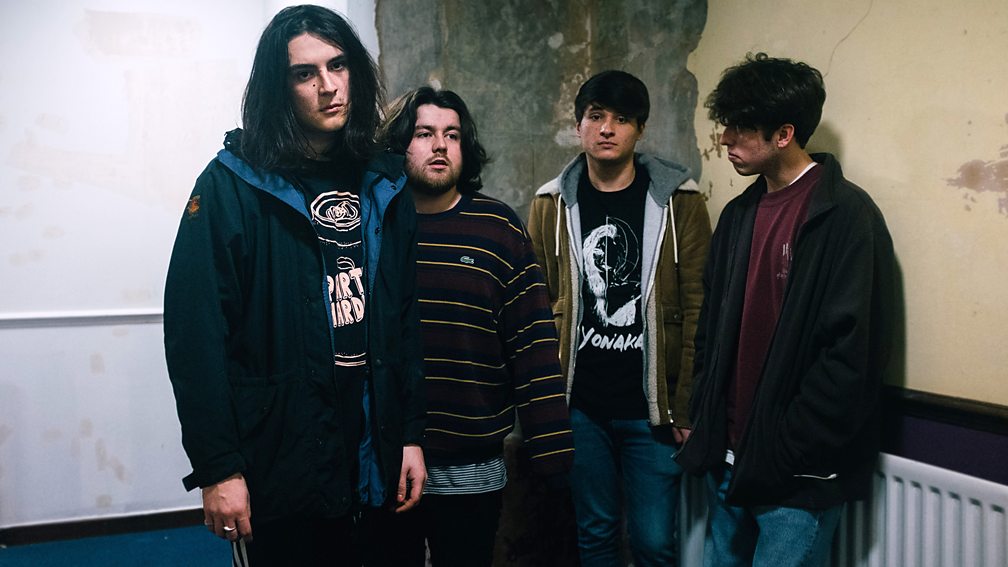 "PLAZA is made up of four lads from Hartlepool, an industrial seaside town in the North East. Their music is guitar heavy and layered with reverb creating the perfect foundation for Bradley Lennard’s vocals. They are bold, loud and bursting with energy, you won’t want to miss this band live." 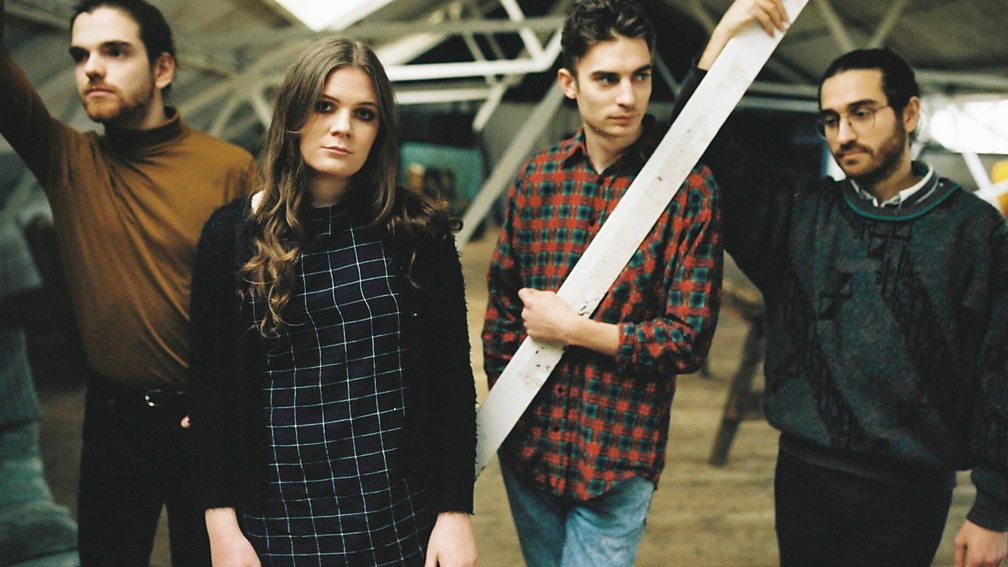 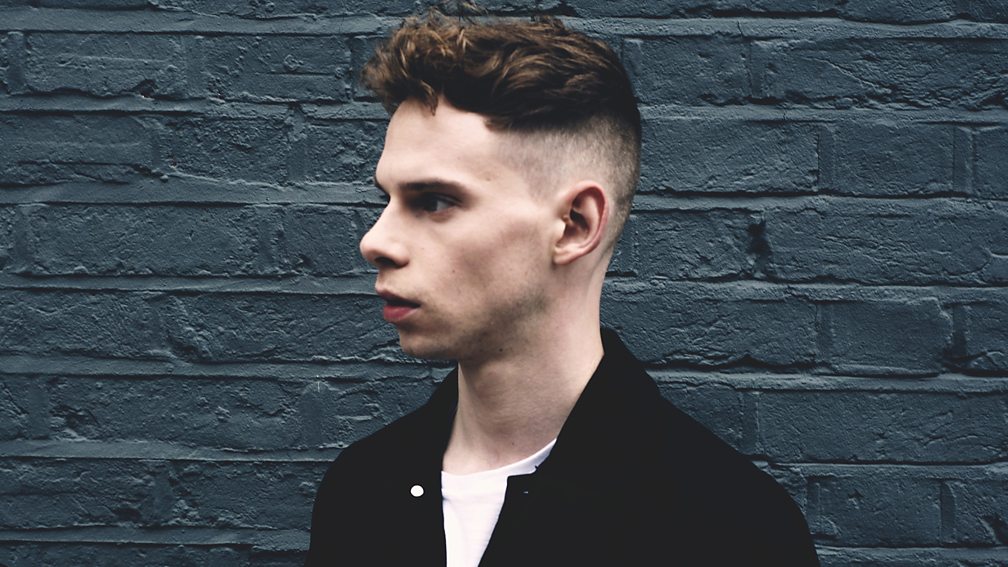 "He's an incredible wordsmith and an amazing guitarist, who started out impressing students with his pop soul sound whilst studying at Reading University. Olly and his band are definitely a group not to miss at Reading and Leeds." 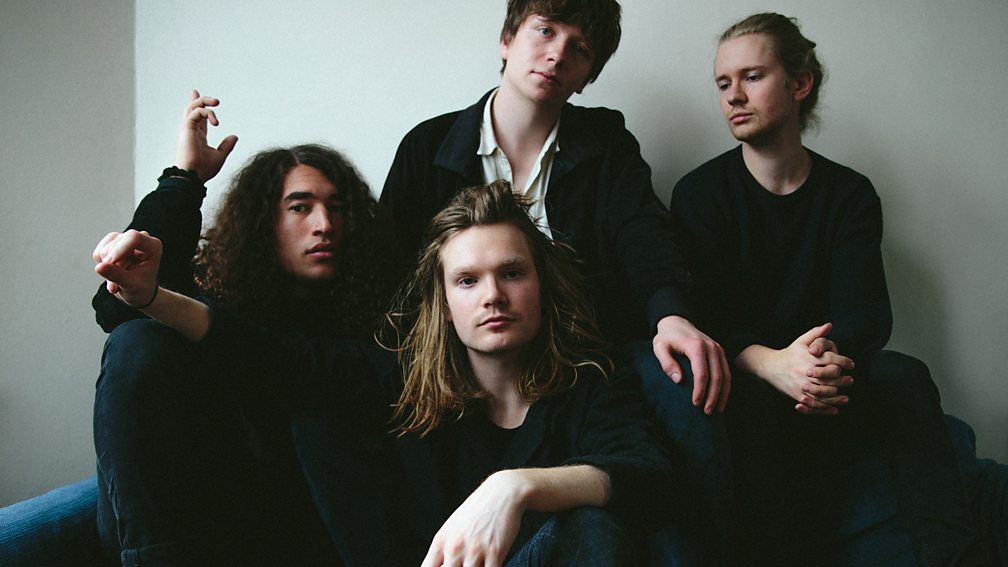 "All of your senses are in for a right treat with south London-based band ISLAND performing at this year’s Reading and Leeds fest! Bringing all the feels with their ethereal presence and singer Rollo’s husky vocals, ISLAND are an indie rock band with an atmospheric, delayed twist, one that you would be sorry to miss. Here at BBC Introducing in London we have supported their music from the moment they first uploaded in 2015, and two years on we are proud to say they are representing us at Reading + Leeds!" 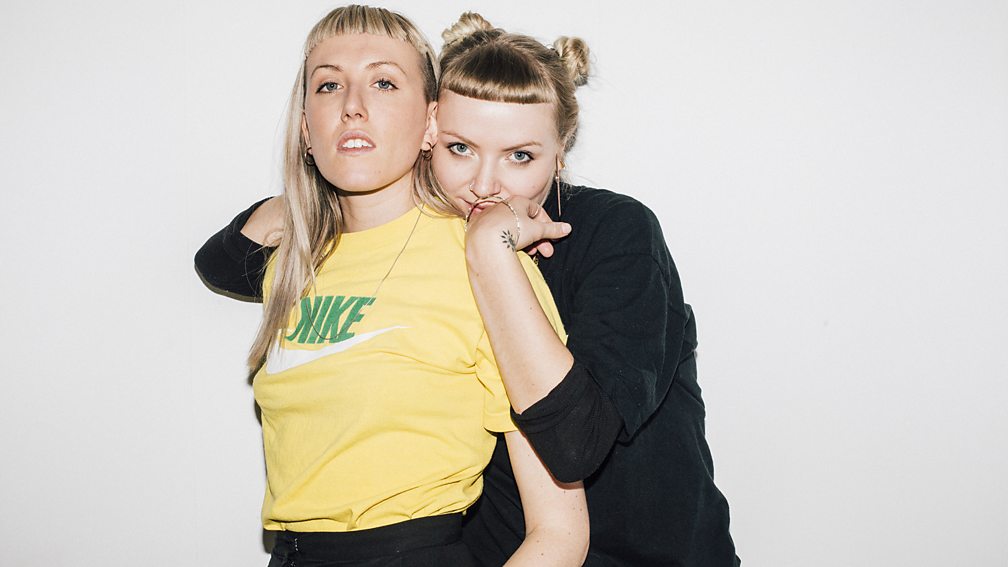 "In summer 2016 we were stupefied by the arrival of Pulse on the BBC Music Introducing uploader. The stirring track causes a flurry of inbox activity and we needed to find out more. IDER, we discovered, comprised the spirited duo of Megan and Lily. Next, King Ruby appeared on the uploader. By Christmas it would be the BBC Introducing track of the week on Radio 1. Three more mind-blowing uploads followed and by May, when IDER performed at our monthly showcase at Rough Trade in Nottingham, their staggering potential was clear to see. Their charisma, beguiling harmonies and musical prowess made it an unforgettable gig, the room held spellbound. Irrespective of what genre of music you're pursuing at Reading + Leeds, be sure to catch IDER. Their set is irresistible and they will steal your heart." 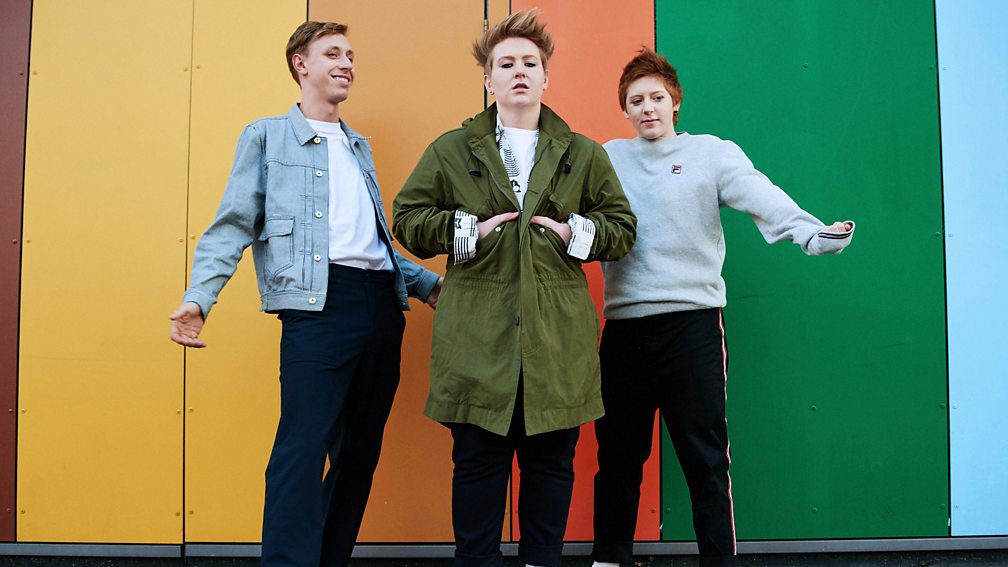 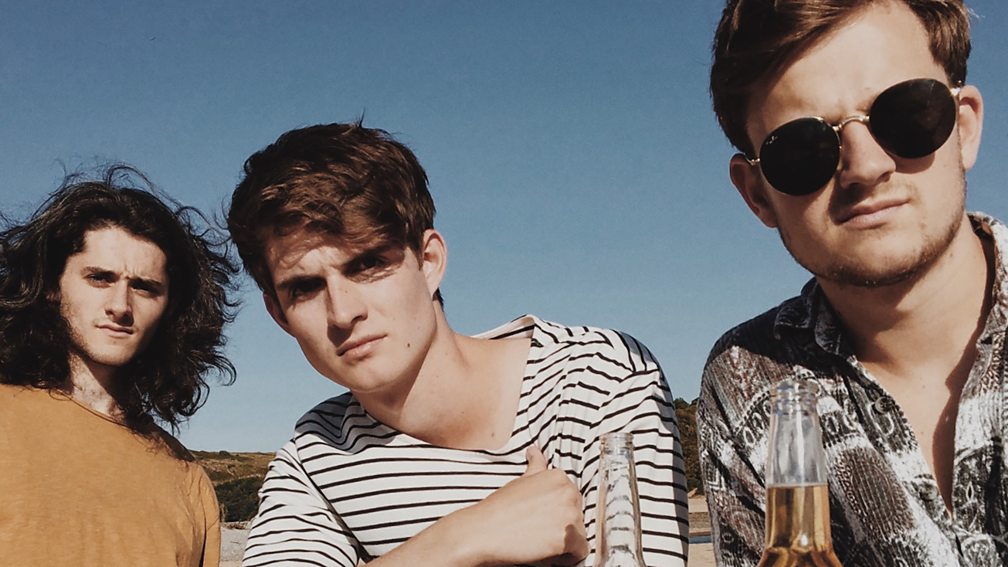 "I genuinely think they'll be the biggest band to come from our area in a generation. Vampire Weekend meets Little Comets making the finest calypso trop-pop you'll hear. Summer on a track." 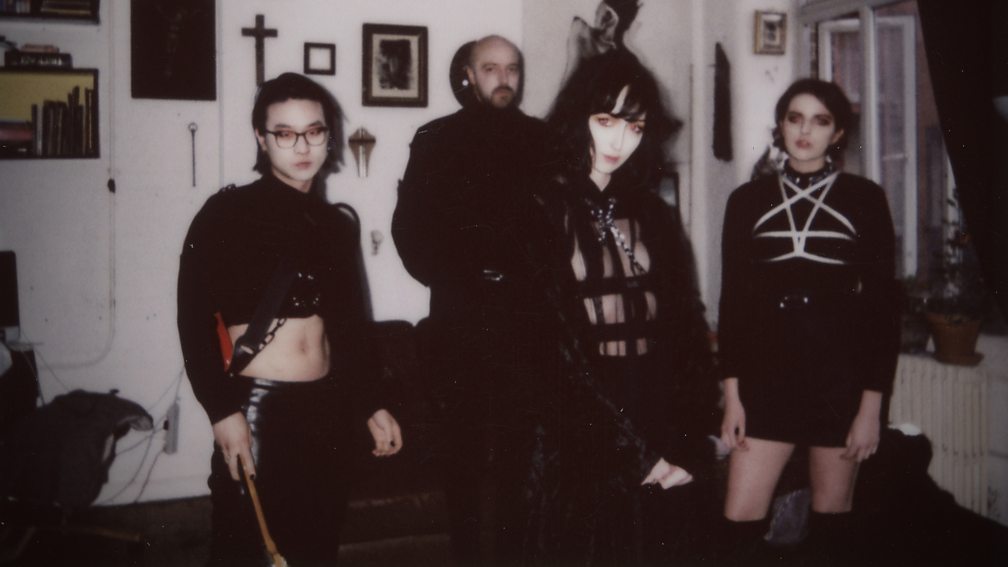 "It’s not often you hear the words 'original' and 'different' used appropriately in today’s world. But this group deliver something your ears won’t have encountered before. Haunting electronic indie pop with Jessica’s distinct and mesmerising vocal. Tracks like Vulnerable are cleverly written and take you on a journey of that fragile central character. An act not to be missed." 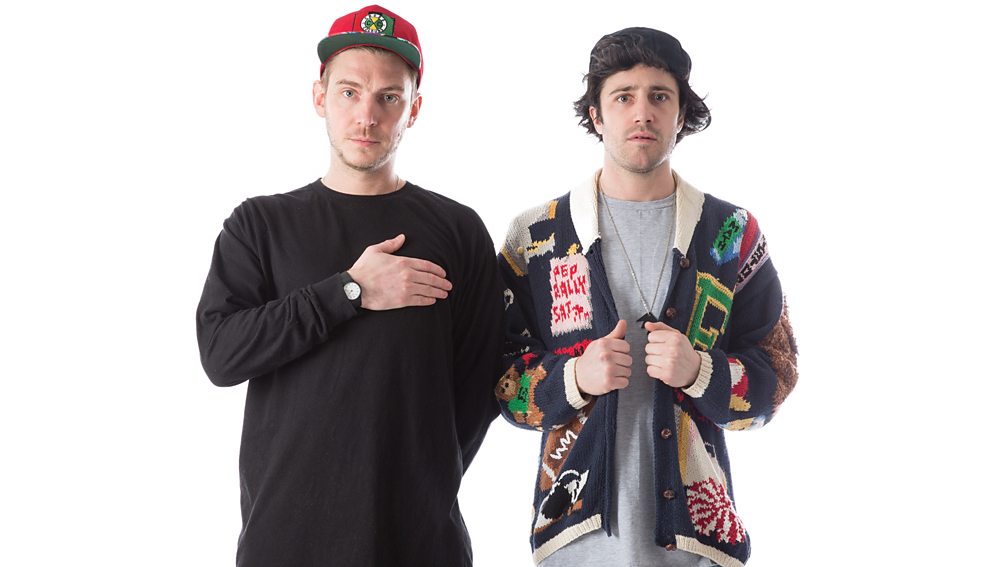 "More beats and bars than a drum circle in a pub... The T's have been slaying the UK festival scene for the past few years and now they are coming at you.." 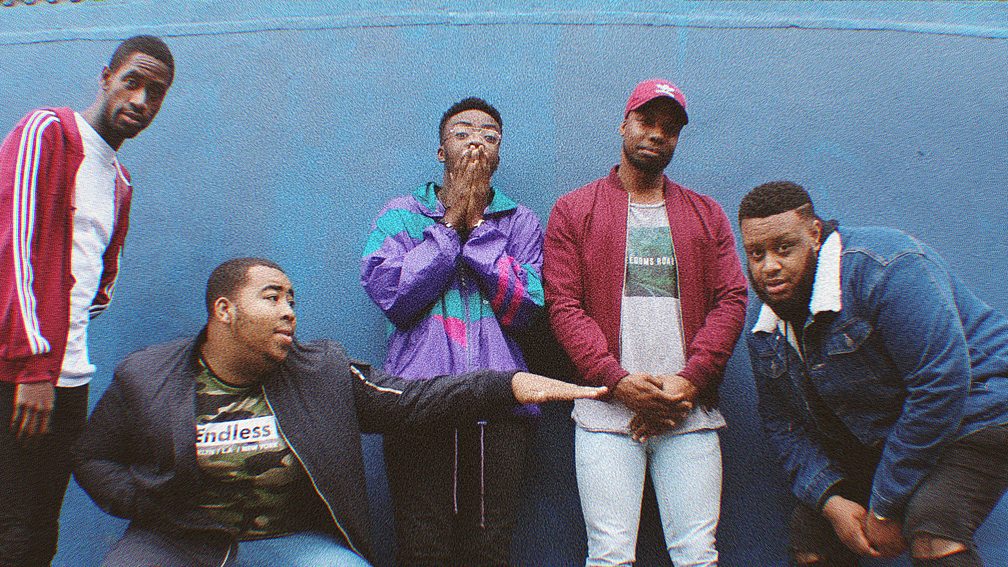 "Coming in all horns blasting, Verschieden are the perfect antidote to any negative vibes. They sound like they were created for the sole purpose of making people dance. They are a welcome addition to any festival line up with their sound taking nods from the very best of funk, soul and pop." 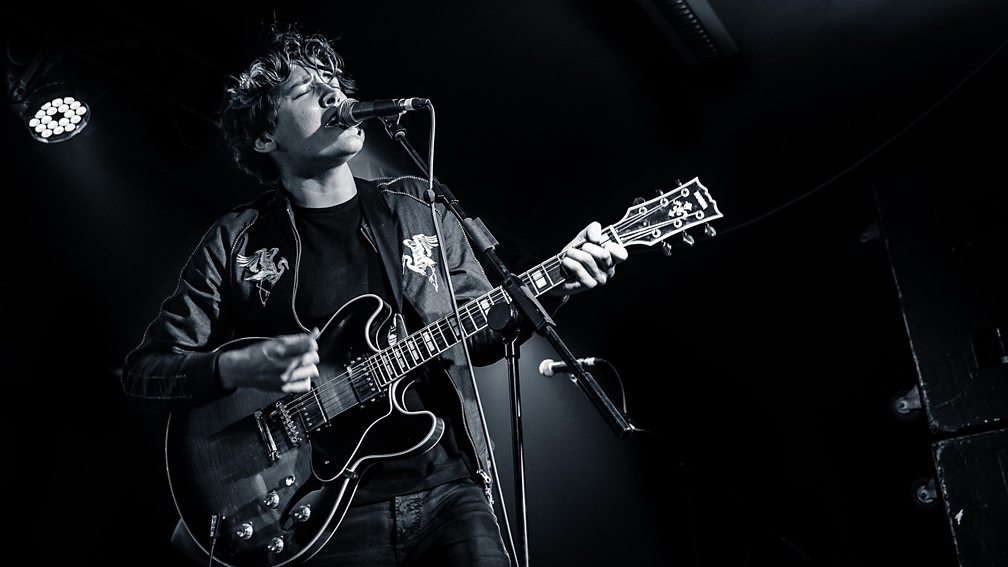 "A brilliant lyricist who has been dominating the Milton Keynes music scene for years. You can hear Alex Turner in his lyrics and Springsteen in his guitar play. Dan takes his influences and uses them to send his music in an exciting new direction." 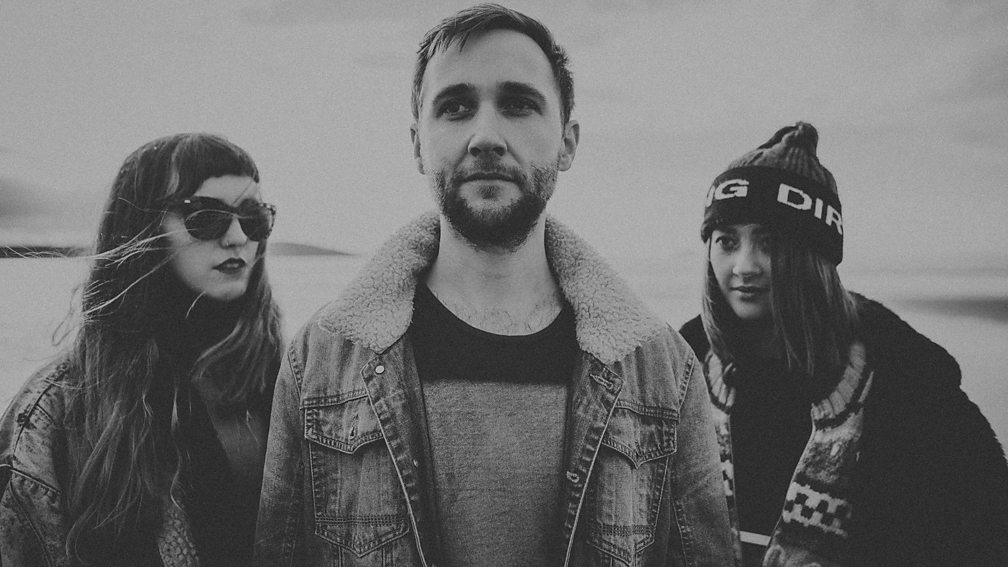 "Sœur have everything you want from your favourite new guitar band: power, poise and catchy-as-heck tunes. Tina and Anya are up front, belting out the riffs and riding the harmonies, whilst Jim sits at the back driving it all along - a no frills, foot-tapping cocktail. Look out, Soeur will make your head spin." 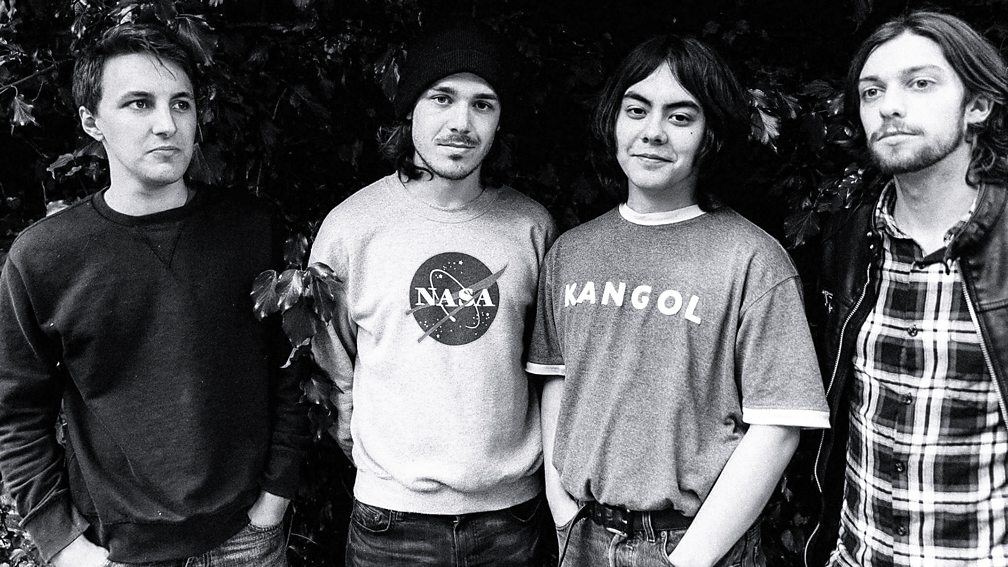 "Like scuzz-infused shoe-gaze all over the stage? Then Devon, London and elsewhere's Honey Lung are right up your American punk-vibed alley. Catchy tracks, huge riffs and unforgettable live shows make for one heck of a band. Be at the front, angst at the ready." 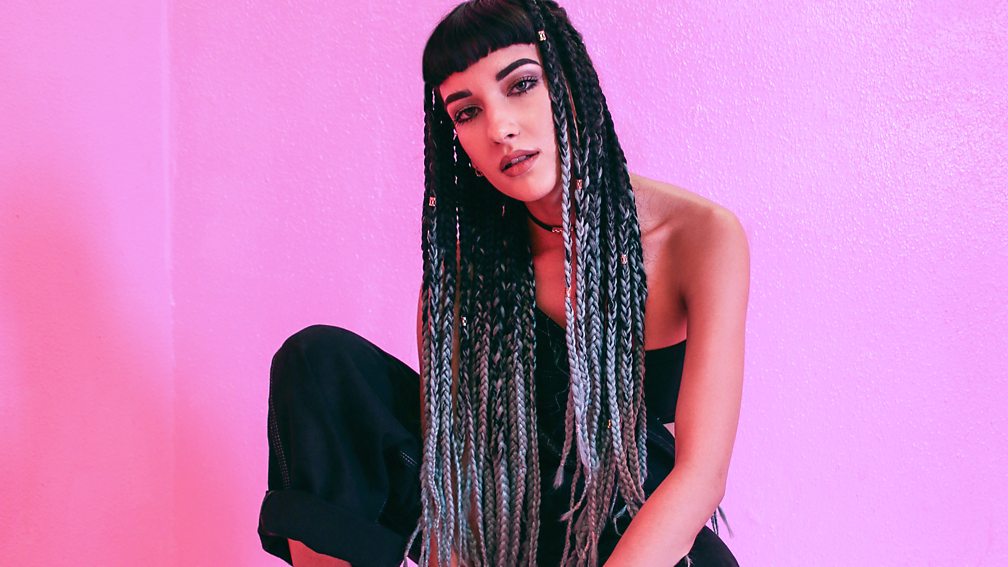 "Production that's out of this world... since her first upload to BBC Introducing in Lincolnshire back in March 2015 with One Lover, Anna Straker has continued to deliver. Her massive sound is never over-the-top and all of her music has a heartbeat that you can't help but dance to. Having sung backing vocals for Rudimental, John Newman and Years and Years... it's time for her to take centre stage." 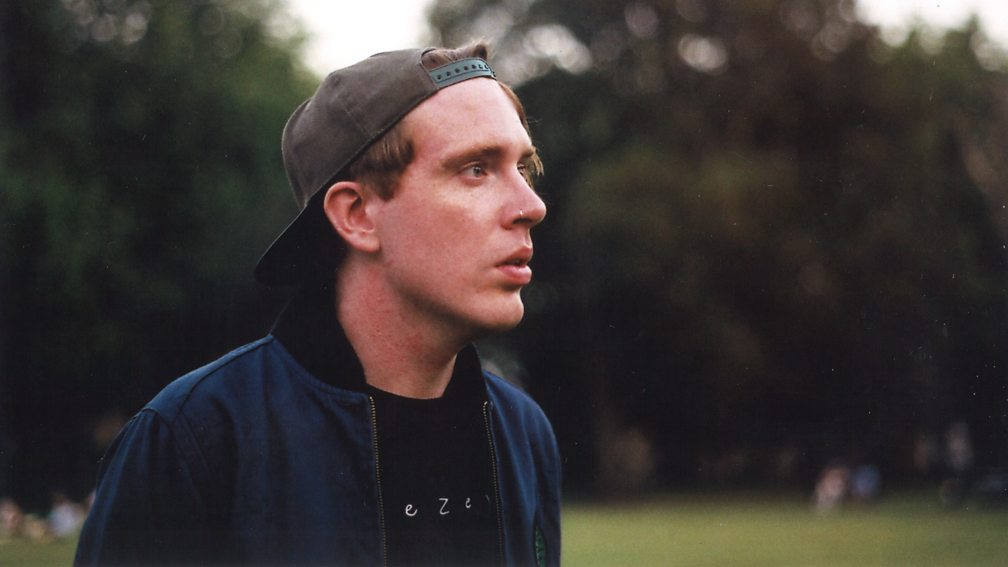 "A mind meld of old skool beats and funk riff, they are the band Vanilla Ice could have been..." 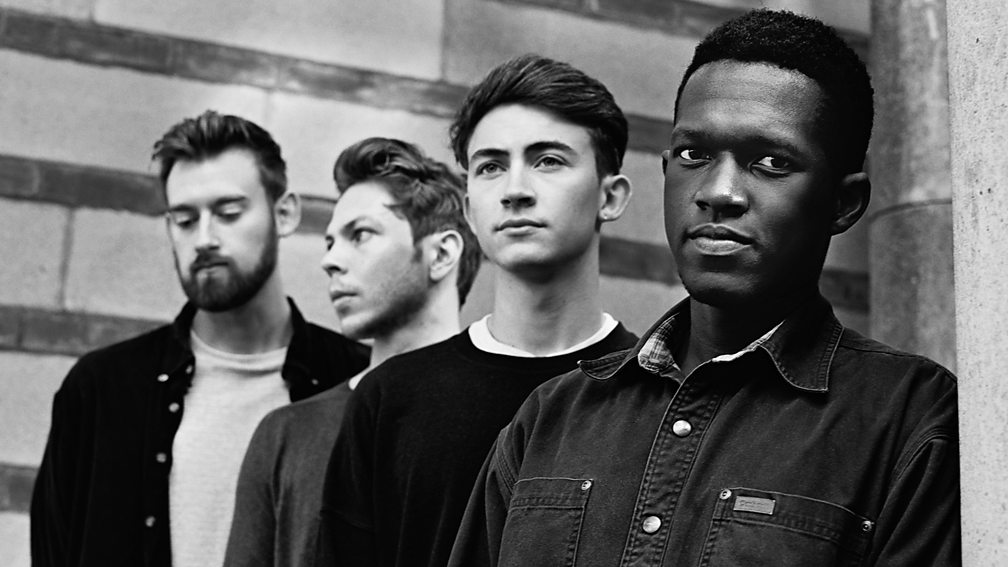 "Mosa Wild make mammoth songs with lashings of heart and soul and they consistently deliver live. They recently wowed crowds around Europe supporting Maggie Rogers on tour and are the definite ones to watch at Reading + Leeds this year!" 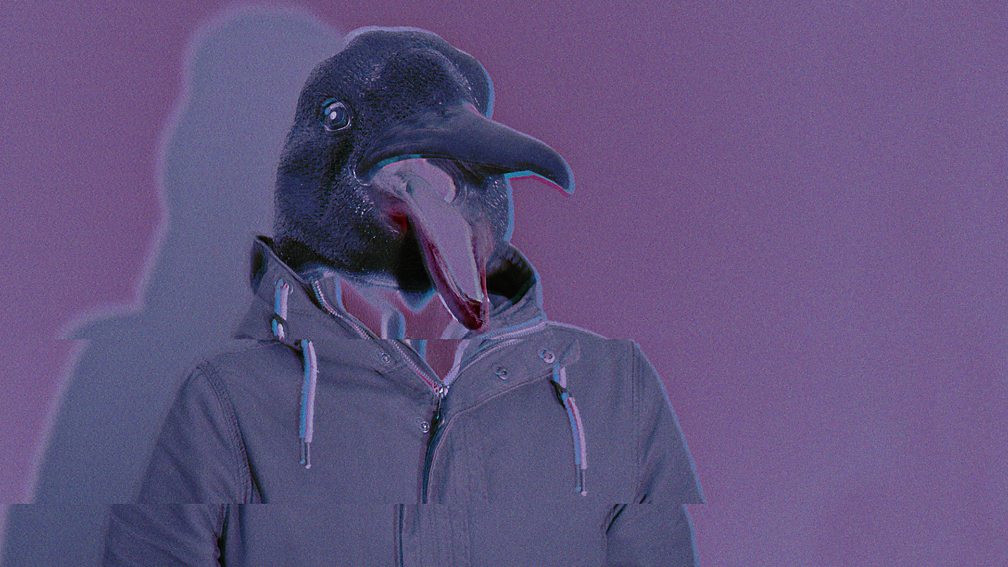 "Their first release, Not A Problem, received widespread blog coverage and radio plays from Huw Stephens and Tom Robinson. Fresh from their debut at Evolution Emerging, Penguin bring their polished sound to Leeds + Reading." 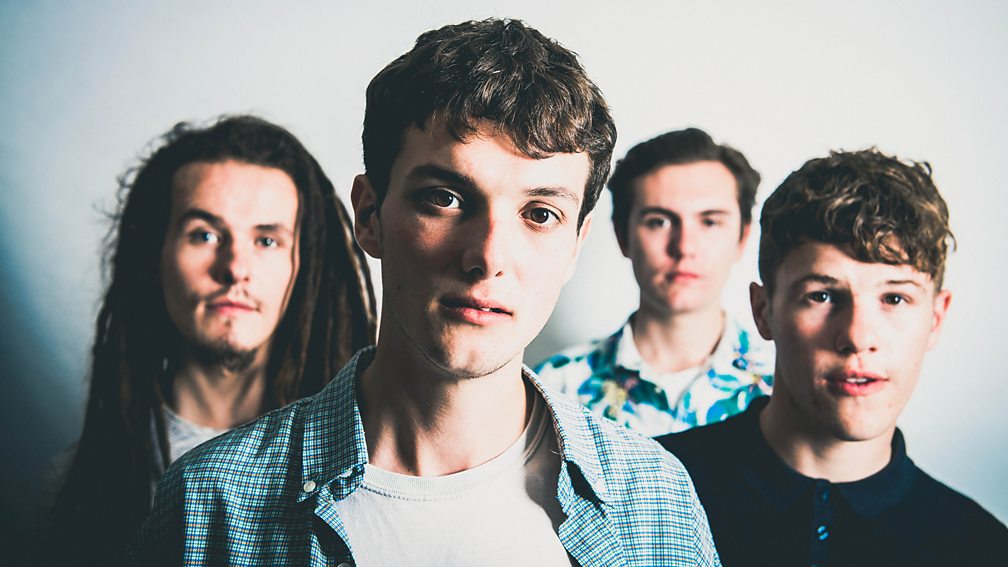 "From the seaside town of Hastings, Alibi's live performances are an exuberant celebration of guitar-driven hooks and tunes, guaranteed to get you dancing and leave you with a ridiculously massive grin!"

BBC Music Introducing in the South 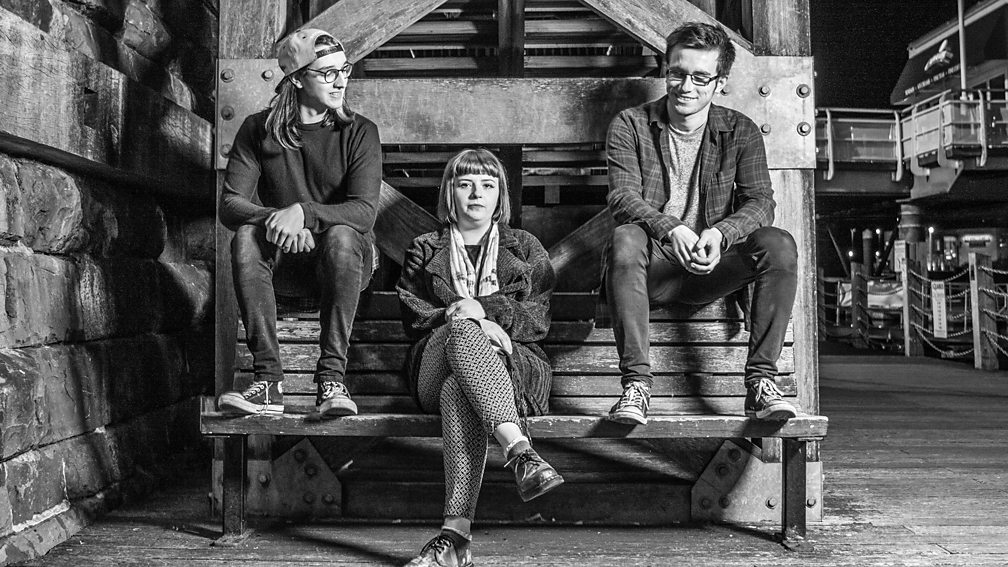 "Producing an intensity that is breaking through barriers in the Welsh and English music scene, bi-lingual rock punk trio Chroma from the South Wales valleys perform with vibrancy, colour, plenty of expression and a playful glint in their eye. With support from a host of BBC Introducing DJs, they are a band not to be missed at Reading + Leeds this year!" 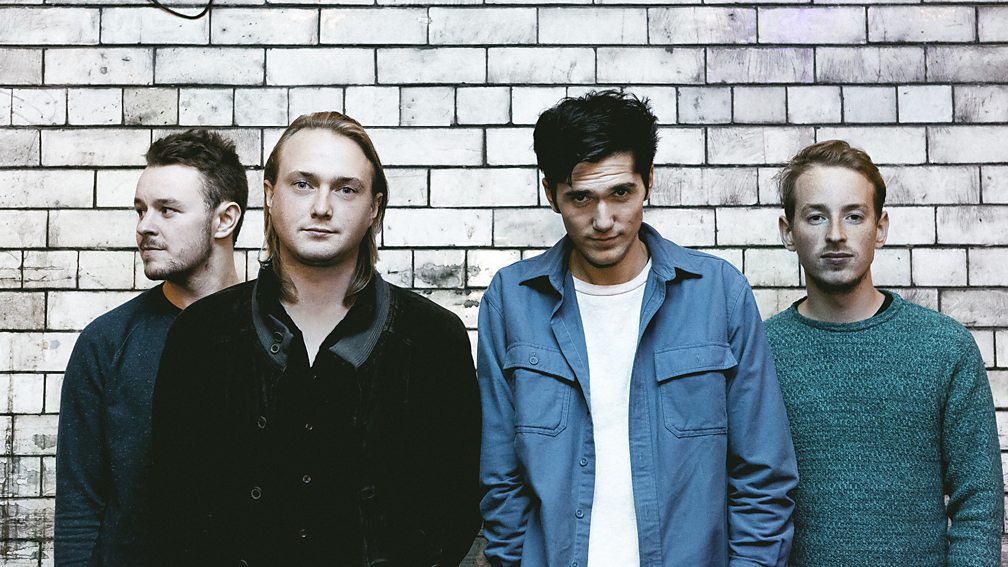 "Low Island’s songs make you move, and cause you to be moved. They’re vast, shimmering, pounding soundscapes that’ll make you feel like you’re the star of your own unforgettable movie." 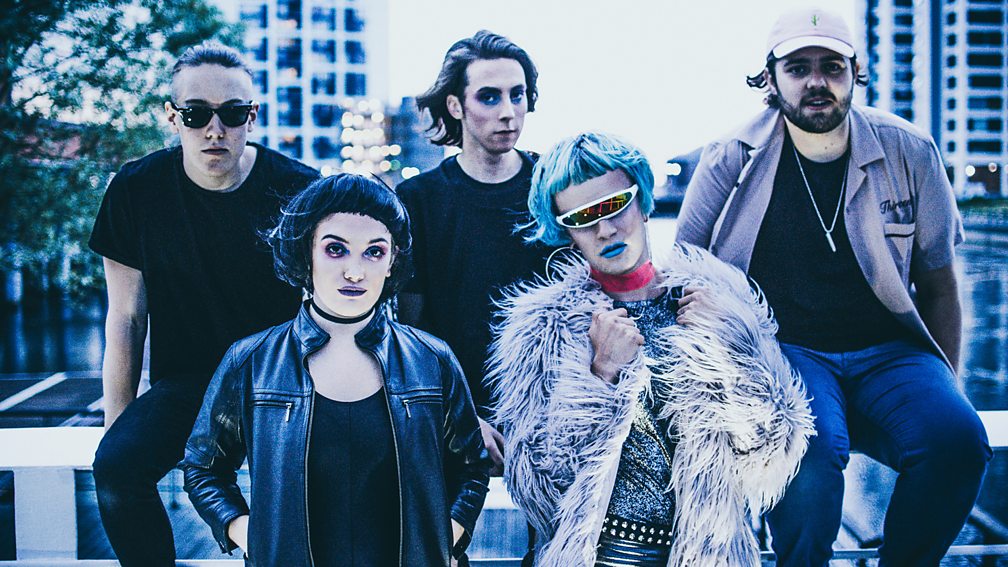 "Their first single Sissy Fists has made a big impact with listeners and music lovers. With cutting lyrics and plenty of live energy, they performed an outstanding set at Liverpool Sound City earlier this year. 6 Music's Tom Robinson has also supported the band whose eye-catching image also makes an impression. Don’t miss them at the Introducing stage at Reading + Leeds this year!"