On June 2, Huw Stephens announced the line-up for the BBC Introducing stage at Glastonbury 2015. Here's our introduction to a few of those bands and artists, all of whom made the very wise decision to add their songs to the BBC Introducing Uploader. Make sure you do the same if you make music, and click the link at the bottom of this article for a playlist of all the acts playing... 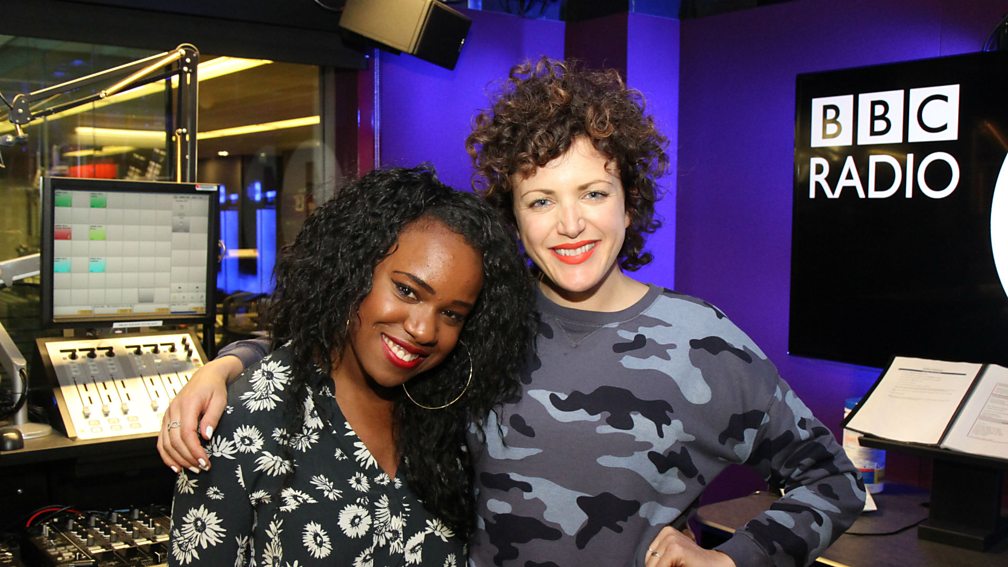 Nao was a jobbing musician working with the likes of Jarvis Cocker and Kwabs before she decided go solo and release her own songs, which combine the influence of neo-soul artists like Erykah Badu with the otherworldly feel of UK electronic producers such as Burial and SBTRKT. Her debut track, 2014’s Back Porch, was supported by BBC Introducing in London, then she casually released a follow-up, So Good – a collaboration with Jai Paul’s brother, A. K. Paul, who has also worked with Sam Smith, Jessie Ware and Outkast’s Big Boi. So Good went nuts – quickly shooting to the top spot on Hype Machine and attracting the devotion of Zane Lowe, 1Xtra and Swedish electronic soul band Little Dragon, who took Nao on tour. It currently has more than 1.5m plays on Soundcloud.

Back Porch and So Good were collected together on a debut EP and in May the East London singer, songwriter and producer released a second EP, February 15. Annie Mac made key track Zillionaire her Hottest Record and invited Nao into the studio for a chat. Her rise seems unstoppable, and here’s the best news, Glastonbury fans - her band performs without sequencers, making for an unbelievable live experience.

2. Meadowlark - supported by BBC Introducing in the West

Meadowlark make music that sneaks up quietly, but insistently. It’s all about the interplay between Kate McGill’s soft, pastoral melodies - in the vein of Daughter or Summer Camp - and Daniel Broadley’s darker, forbidding musical ideas.

BBC Introducing in the West played the quietly stirring Family Tree in June 2013, followed up by I’ve Got You in December 2014, which was picked up by Huw Stephens for Radio 1 Introducing’s playlist, and set the band up for the success of the follow-up Eyes Wide - from the Dual EP, produced by Oh Wonder’s Ant West - a few months later. The song hit No.5 on Spotify’s Viral Chart, having been praised to the skies by radio stations (6 Music in particular) and music bloggers alike.

Recently, they’ve been out on tour supporting Amber Run & Rhodes, played The Great Escape and released Fly, a second single from Dual which was also used to soundtrack an episode of supernatural US TV series The Vampire Diaries. One bite, and you'll be hooked for eternity.

Glasgow has produced more than its fair share of bands that like their pure pop melodies delivered under a blanket of dirty noise, like a dropped lollipop, and Tuff Love are more than fit to join that proud lineage. Formed by friends and front-people Julie Eisenstein and Suse Bear in 2012, they set about writing and recording an EP in Suse’s bedroom, and sent their first songs to the Uploader two years later. They quickly found that Sweet Discontent had been seized upon like buried treasure by both Jen and Ally’s Introducing show, and Huw Stephens.

Vic Galloway of BBC Radio Scotland proclaimed them a personal favourite, with similarly fulsome praise coming quickly from Lauren Laverne, Steve Lamacq and Rob Da Bank as they released self-deprecatingly-titled EPs Junk and Dross. Slammer, the lead track from Dross, won the Rebel Playlist on BBC 6 Music, and was later playlisted, as was That’s Right and their most recent single Groucho. They’re also Glastonbury veterans, and have opened for Ride, Real Estate, Perfect Pussy, Joanna Gruesome and Honeyblood, which can’t have been easy for any of those bands, as they’re clearly a Tuff act to follow.

It can take some bands years of posting music online to find a fanbase. Not so with Merthyr Tydfil-based rockers Pretty Vicious, who popped a single track, Cave Song, on Soundcloud and the BBC Introducing Uploader last year then sat back with a bag of popcorn and watched everything go bananas. They followed it this year with It’s Always There - released digitally and also on a limited-edition Record Store Day 7" - and already find themselves on the cusp of a major breakthrough.

You can hear the influence of Oasis, Arctic Monkeys, Kasabian, Royal Blood and even Jake Bugg in those astonishingly confident two songs, which have been picked up BBC Radio Wales, BBC Radio Cymru and Radio 1, who playlisted Cave Song and made It’s Always There a Hottest Track In The World. Pretty Vicious - comprised of Brad (lead vocals/guitar), Tom (guitar), Jarvis (bass) and Elliot (drums) - make it all seem so easy, and they’re all still teenagers. Clearly, this is their first Glastonbury of many.

5. Will Joseph Cook - supported by BBC Introducing in Kent

Will Joseph Cook’s musical story starts appropriately enough, with a song called Catalyst, first uploaded to BBC Introducing in December 2013 when Will was only 16. The song - quavering emotions delivered via accomplished, inspired indie pop - impressed the BBC Introducing team in his native Kent enough to play it a lot, helping him to raise a profile and gather anticipation for his debut single, Streets of Paris, which came out earlier this year.

Reviewers began to compare him to Phoenix and Two Door Cinema Club when trying to decode his muse; the follow-up single Message drew comparisons with Local Natives and Stornoway. Will just kept plugging away, racking up gigs and festival bookings (and finishing his A-levels). And recently he celebrated the millionth streamed play of his You Jump I Run EP on Spotify, after just a month of release. That’s the kind of chemical reaction that needs no artificial stimulation.