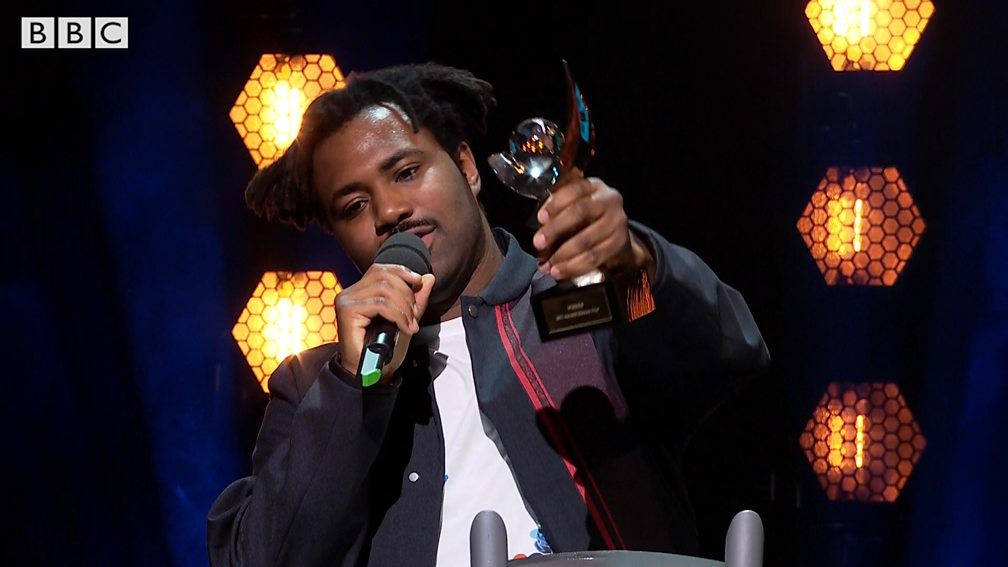 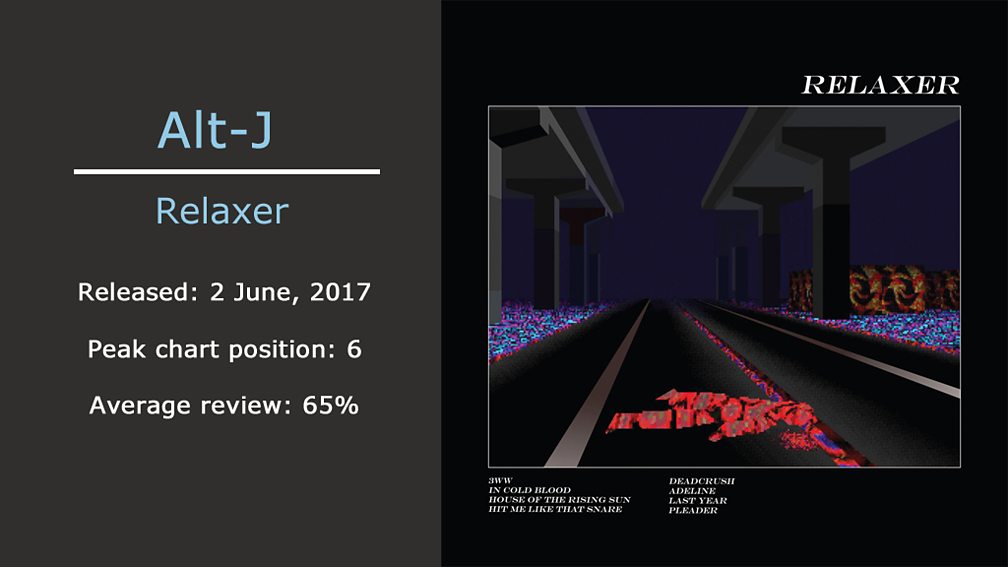 They may have covered House of the Rising Sun, but Alt-J aren't resting on their laurels on this, their third album. For a start, that cover features 20 classical guitarists, all playing the song's famous riff simultaneously.

Over the other seven tracks, they explore everything from Anne Boleyn to serial killers via Van Gogh’s asylum, while the music is equally full of eccentric detours.

Alt-J perform In Cold Blood on Later... with Jools Holland 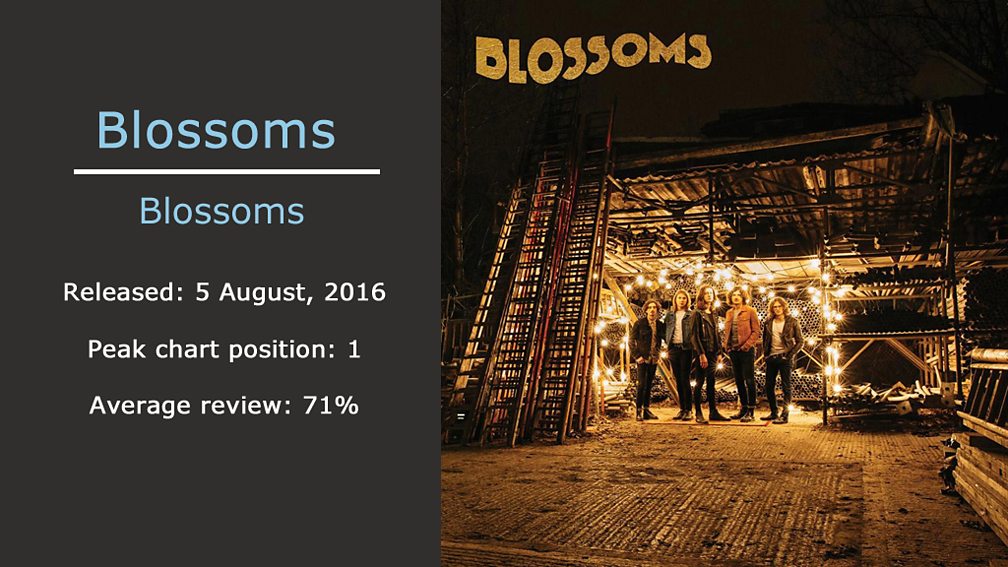 Their musical education was the soundtrack for Grand Theft Auto: Vice City, which explains Blossoms’ fondness for a swaggering riff and a euphoric chorus.

An instant number one when it was released last August, the Stockport band’s debut sizzles with radio-friendly indie rock. 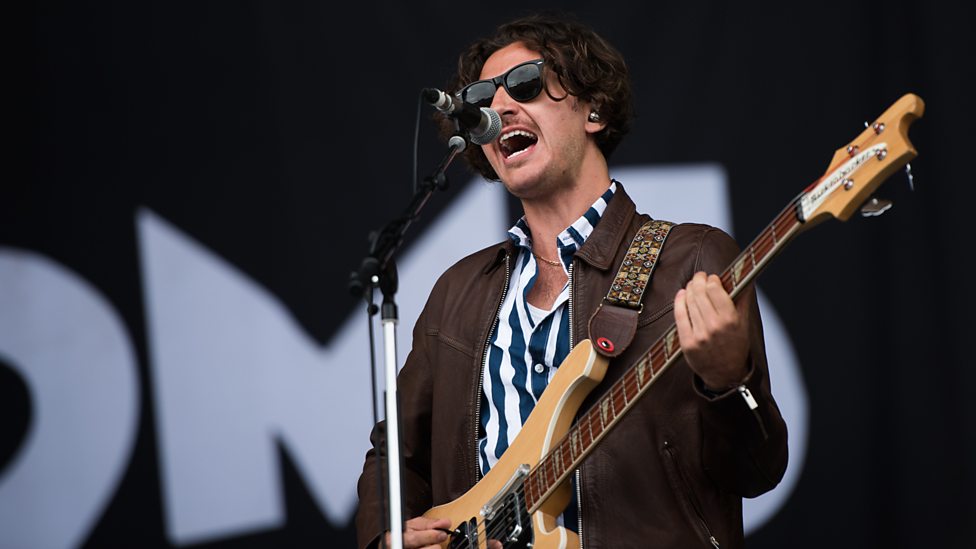 Dinosaur: Together, As One 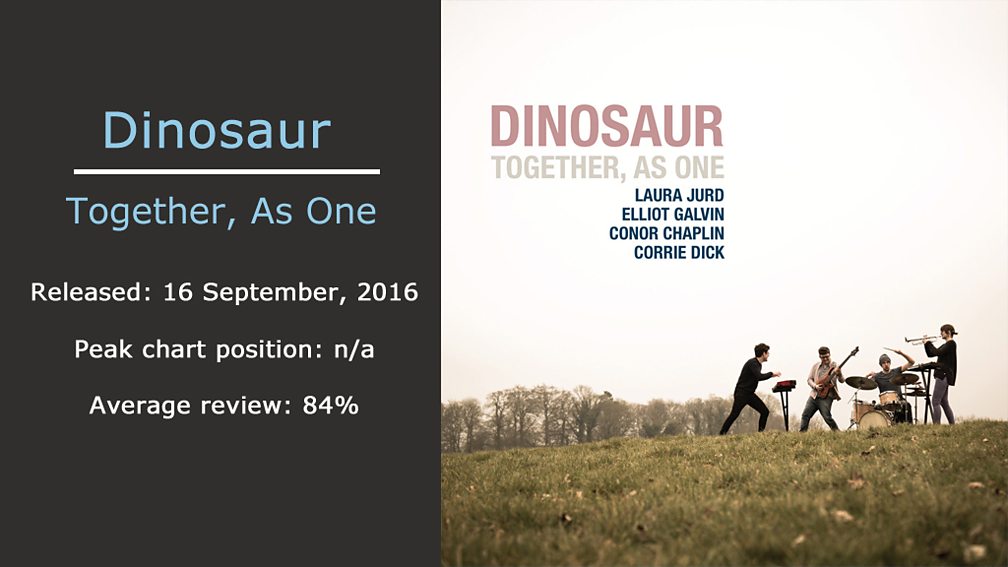 Together, As One is the third album from trumpeter Laura Jurd, and the debut from her band, Dinosaur.

Their savoury mix of jazz, folk and soul is so fresh it’s been described as “punk rock, by jazz standards,” on BBC Radio 3’s Late Junction. 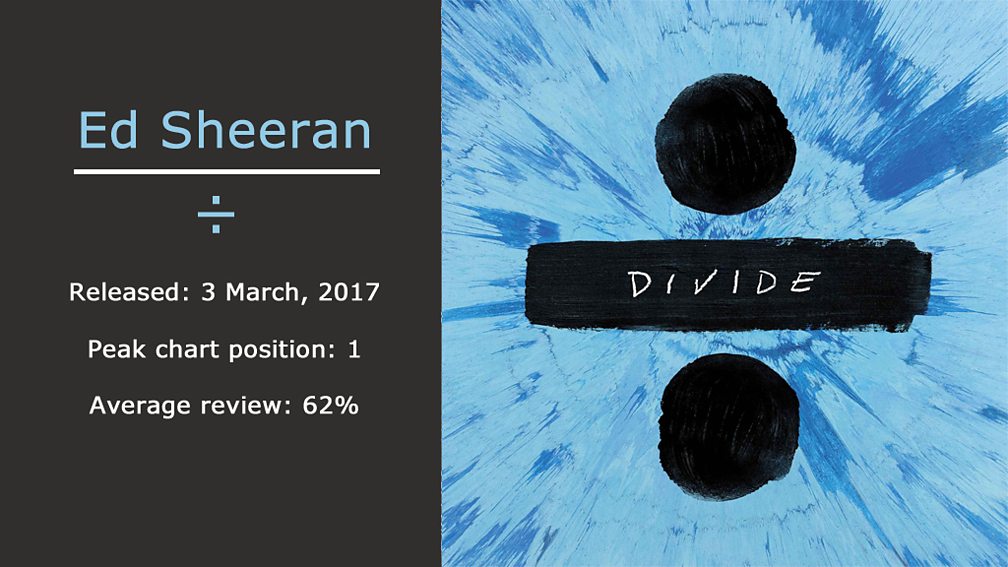 Ed Sheeran’s chart-conquering album needs no introduction. From the feather-light pop of Shape of You to the twiddle-dee twinkle of Galway Girl, it’s been an inescapable presence on the radio this year.

But there’s more to the record than those hits – from Supermarket Flowers’ exploration of the mundanity of grief, to Perfect’s doe-eyed romanticism, it’s the sound of a master songwriter flexing his muscles.

Ed Sheeran performs Shape Of You in the Live Lounge

Glass Animals: How To Be A Human Being 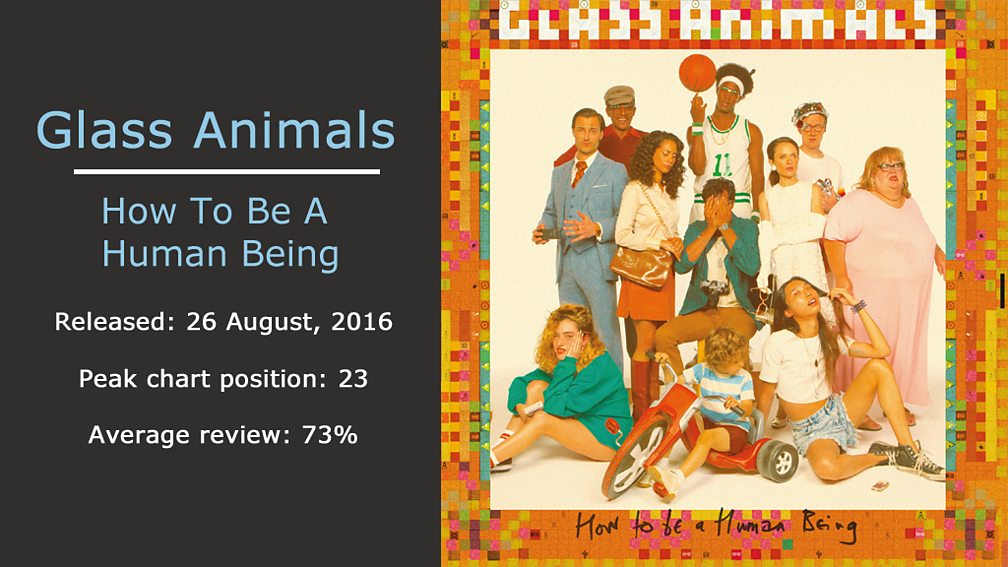 The cover of How To Be A Human Being is a portrait of 11 characters, each of whom appears in the songs. They represent all of humanity – from a mayonnaise-eating stoner to a mother forced to send her children away to escape a war.

It might sound a little high-concept, but Oxford quartet Glass Animals never take themselves too seriously – spattering their canvas with playful arrangements and memorable choruses.

Glass Animals perform Life Itself on Later... with Jools Holland 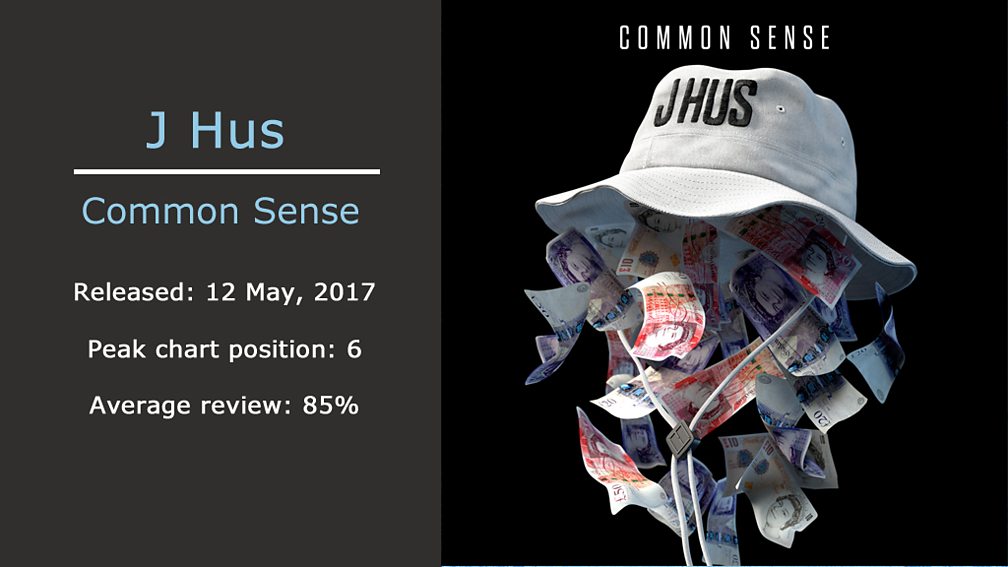 "It's everything I wanted it to be,” said J Hus of Common Sense, a border-hopping brew of the music that inspired him – from G funk to bashment via afrobeat, UK garage and R&B.

The east London MC, real name Momodou Jallow, harks back to his freestyle roots on the menacing Clartin and Goodies; but is just as happy to show his romantic side on the piano-assisted Closed Doors. A versatile, self-assured debut.

J Hus performs Did You See in the Live Lounge 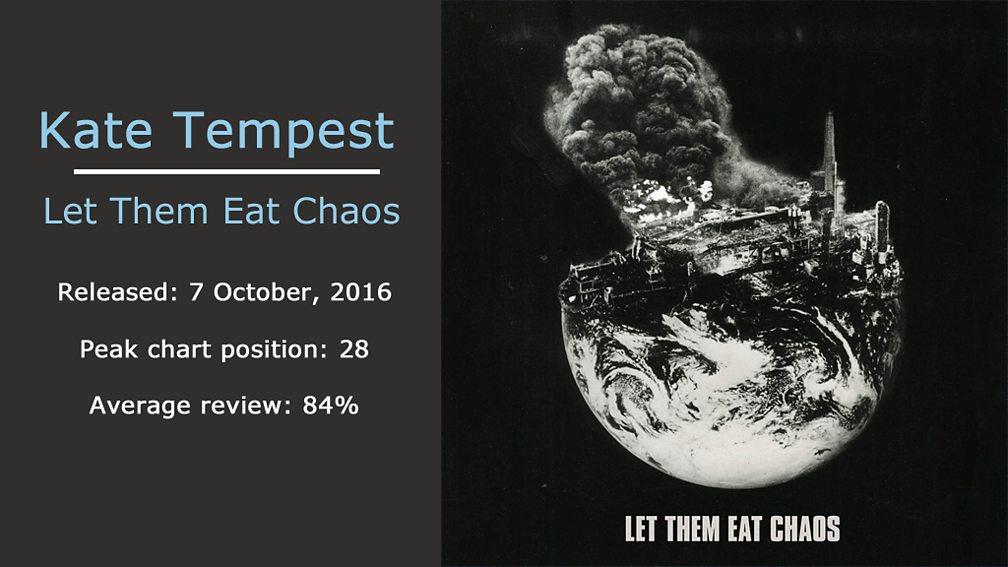 Straddling the divide between performance poetry and hip hop, Kate Tempest is a Mercury Prize veteran. This is her second nomination, following 2012’s Everybody Down.

The Brit School graduate, who began rapping on London’s night buses, delves into the lives of her fellow passengers on Let Them Eat Chaos, essaying seven sleepless citizens of the same south London street. 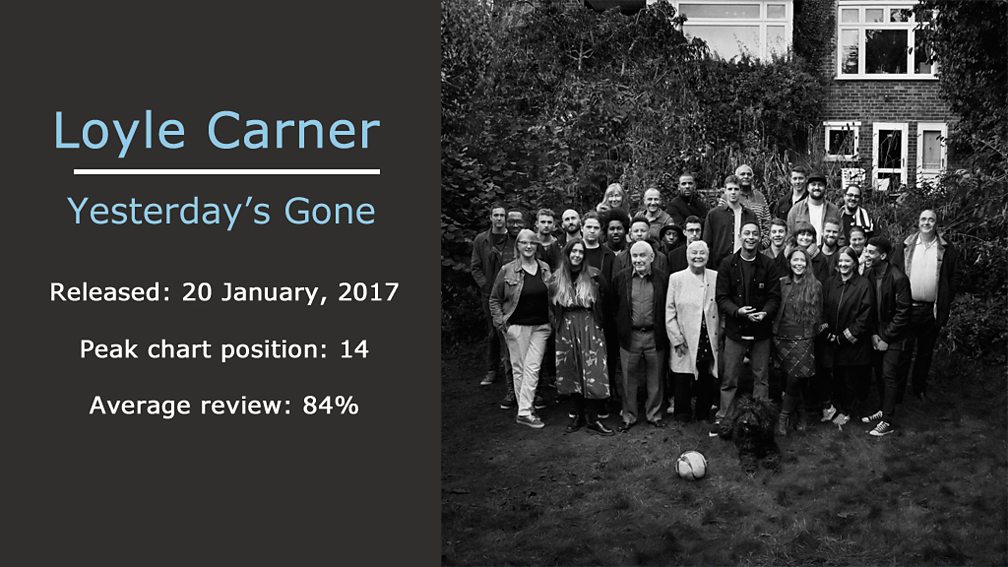 Over shimmering jazz beats, he raps extensively about his family – teasing his mum for swearing, or trying to make pancakes as good as his nan’s. But he’s not afraid to tackle darker topics too, including his own diagnosis with ADHD and the death of his step-father, which caused him to drop out of university. 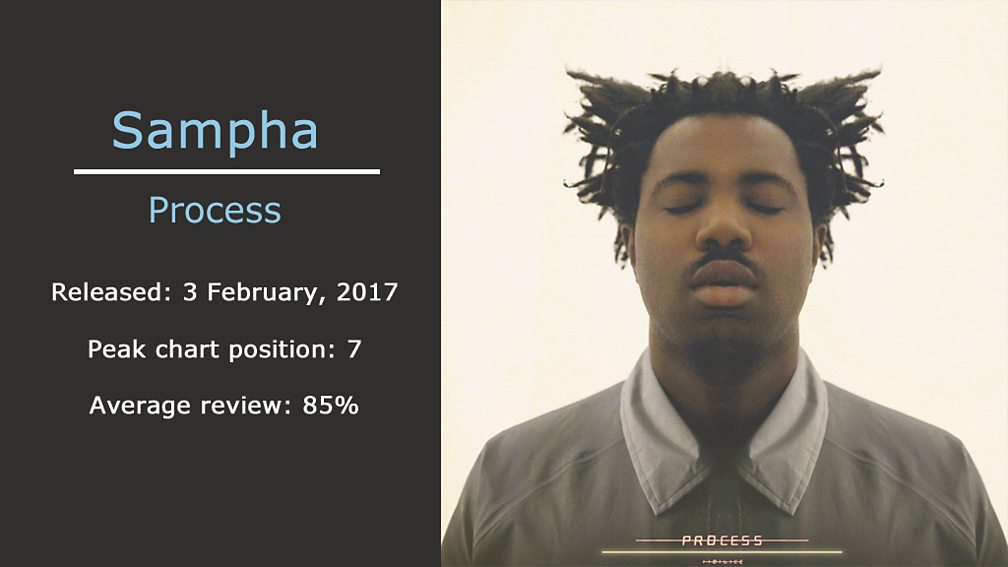 After featuring on albums by Beyoncé, Drake, Solange and Kanye West, Sampha finally got to release his own this year.

A sonically adventurous patchwork of analogue and digital soul, it was written as he processed the grief from his mother’s death. His anguish is palpable throughout – and nowhere is it more moving than on (No One Knows Me) Like The Piano, as he reminisces about the keyboard she taught him to play as a five year-old child.

Sampha performs (No One Knows Me) Like The Piano for 1Xtra 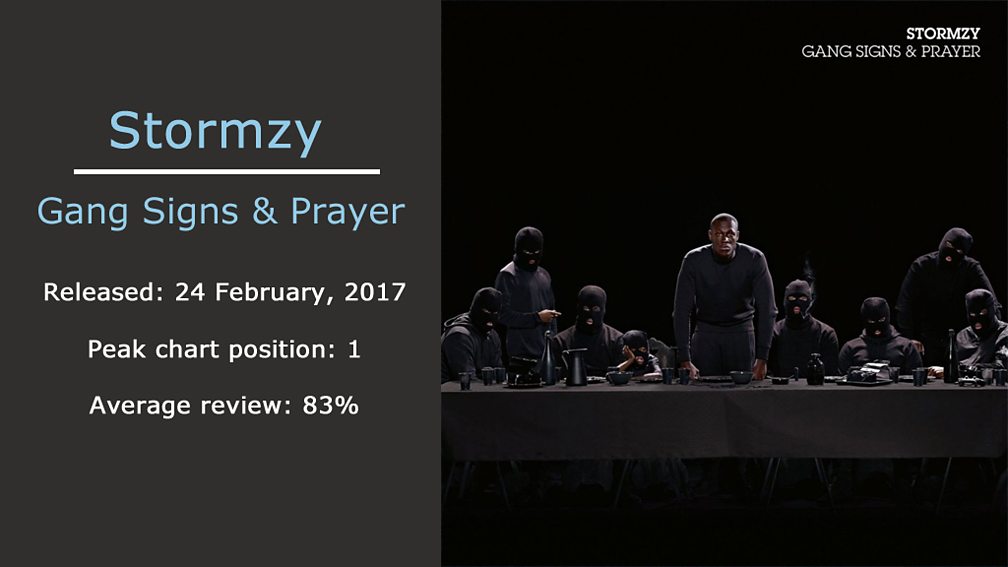 Stormzy’s album opens with First Things First – a song he describes as “a punch in the face”, designed to knock down his detractors before the record can truly begin. But delve into the lyrics, and you’ll find the MC addressing his struggles with depression, and the “mad demons in my thoughts”.

That honesty is written through Gang Signs & Prayer, a record that segues from spittle-flecked freestyles (Big For Your Boots, Cold) to the gospel-inspired devotional Blinded By Your Grace.

It’s a three-dimensional portrait of an artist who isn’t afraid to venture outside his genre, or concepts of “cool” (two of the tracks feature shout-outs to Adele); that adds up to a stunningly confident record.

The Big Moon: Love in the 4th Dimension 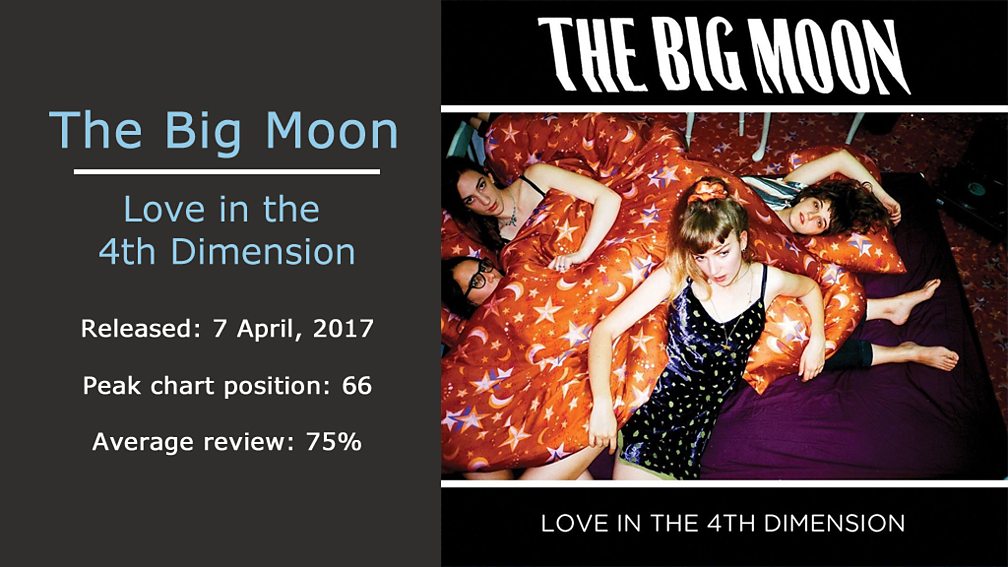 The Big Moon are the newest band on this year’s Mercury list – having formed just three years ago. “I wanted to have a gang of friends and go around causing havoc, like The Spice Girls,” says frontwoman Juliette Jackson.

The quartet may capture the Spice Girls’ joie de vivre, but there the similarity ends: Love in the 4th Dimension is a full-throttle rock record, crammed with grotty riffs and 90s indie insouciance.

The xx: I See You 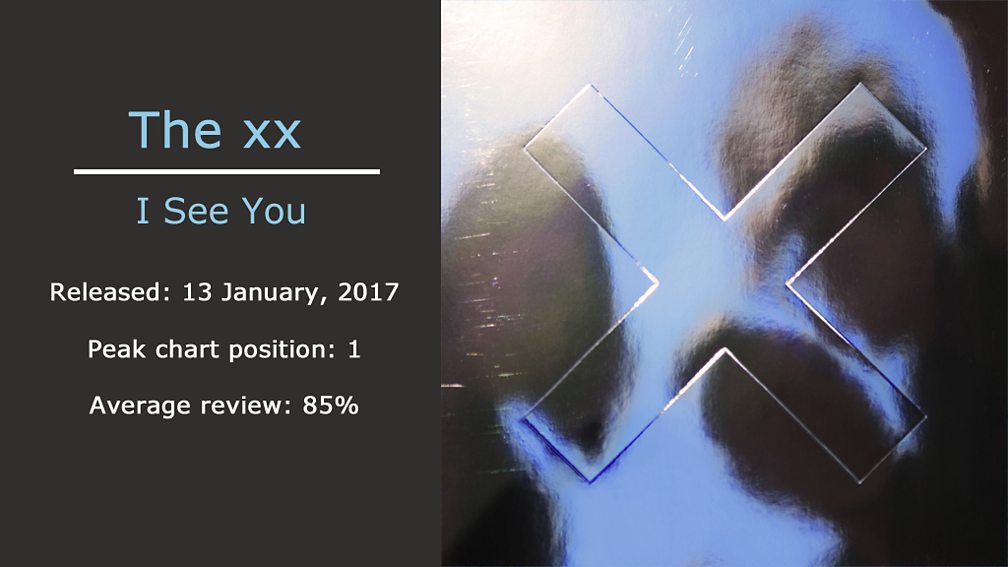 I See You stays true to the formula The xx established on their Mercury Prize-winning debut – all sparse electronics and lean-closer intimacy. What’s changed is their lack of anxiety – “I really enjoyed not feeling so clenched,” said co-vocalist Romy Madley Croft on recording I See You.

The result is an uncharacteristically warm, colourful album, where the band sing about the glorious intoxication of falling in love – in their own, typically understated manner.

If they win – and they stand a chance – they’d be only the second act to claim two Mercury Prizes, after PJ Harvey.