6 creepy music myths (and the truth behind them) 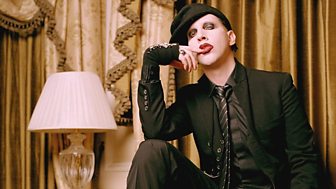 Quiz: Which of these music myths are actually true?

The thing about myths in rock and pop music is that, unless they're extremely grisly, it doesn't matter if they're true or false. Any decent PR for a band will tell you that mystery is good for business, and we tend to chose what we believe anyhow.

Usually, the truth is a bit more complicated than it seems. Yes, Ozzy Osbourne bit the head off a bat at a gig in 1982, but he didn't mean to - he thought it was made of rubber. And if you dig just a tiny bit deeper into the famous case of backward lyrics in the 1978 Judas Priest song Better by You, Better than Me, you'll find that the judge ruled that there was a subliminal message there, but it was accidental.

It's Halloween, so we're going to look into six enduring, spooky myths and find out, once and for all, what the truth is behind them. Frightened? You should be.

Quiz: Which of these music myths are actually true? 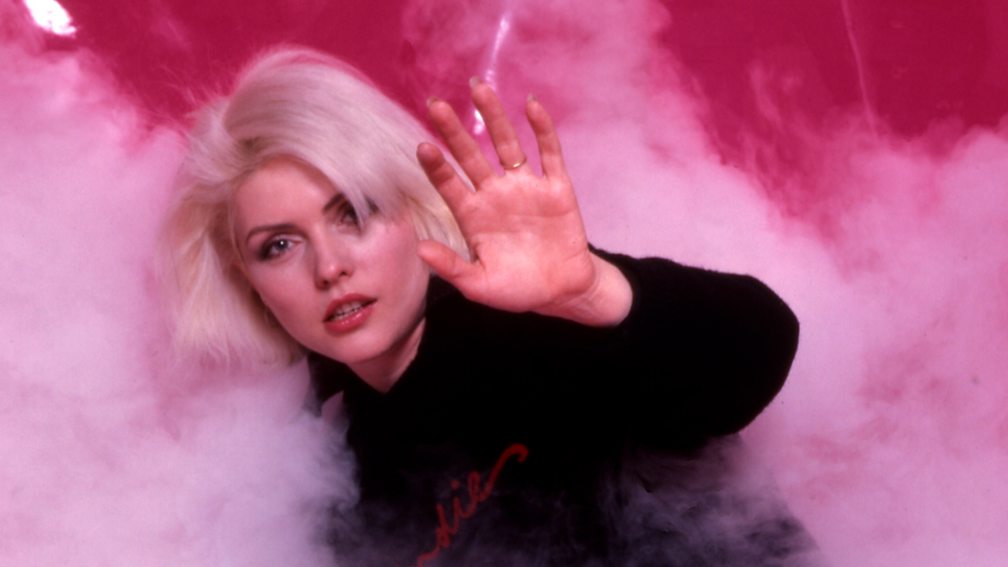 The story: It's the early 1970s and very late at night in New York City's then-dangerous Lower East Side. Soon-to-be Blondie singer Debbie Harry is on her way to a party and, as she recalled in a 2003 interview, "This little car kept coming around and offering me a ride. And I'm saying, 'No! No, no, no.' And it kept… And finally I… I took the ride 'cause I couldn't get a cab... I got in the car and, um, the, uh…the windows were all rolled up, and it was summertime and it was really hot.

"This guy had an incredibly bad, you know, smell to him... I looked down at the door 'cause I was going to crank open the window, and there were no door handles and no cranks. And then I started scanning the inside of the car and there was absolutely nothing. The inside of the car was completely stripped and I just… the hair on the back of my neck just stood up. I just said, 'Uh oh,' and I got… I wiggled my arm out the window and opened the door from the outside. I don't know how I did it but I got out. I threw myself out into the street, almost got run over by a cab."

Many years later - in 1989 - serial killer Ted Bundy was executed. Harry was reading about it in the paper when something terrifying dawned on her - that is was Bundy who was driving that car in New York.

True or false? Harry is thought to have first recounted her horror story to a newspaper in 1989. That she was still telling the story in 2003 suggest she believes it to be true, but the Snopes site makes a convincing case for her abductor not being Bundy, who they claim wasn't in New York at the time. Nonetheless, it does seem that Harry narrowly escaped a very serious incident.

2. Keith Moon and Mama Cass died in the same flat, which happened to be owned by Harry Nilsson 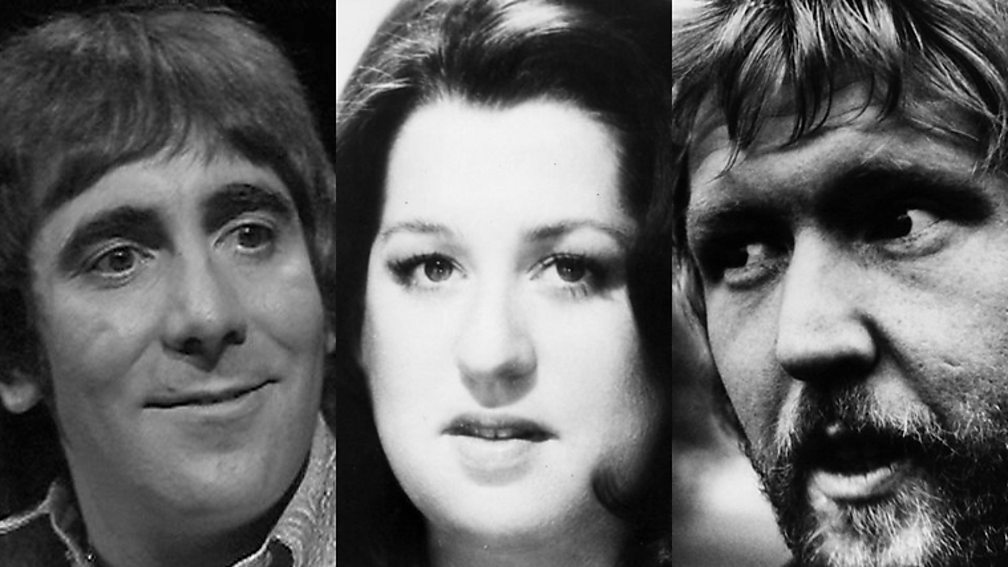 The story: Harry Nilsson may have only had a few hits (Everybody's Talkin' from the Midnight Cowboy soundtrack and his cover of Badfinger's Without You, above), but he was one of the most gifted singers and songwriters of his generation, and one of its biggest personalities. He was the musician's musician, a hell-raiser and fast friends with the likes of John Lennon and Micky Dolenz of The Monkees.

Nilsson, an American, owned a flat in Mayfair, London in the 70s. When he wasn't there, which was often, his friends used it - including Cass Elliot, aka Mama Cass of The Mamas & the Papas, who was in London in 1974 for a fortnight of shows at the Palladium. After the final night of the run, she returned to the flat and died in her sleep of heart failure, aged 32.

The Who's drummer, Keith Moon, later moved into the flat, against the wishes of Nilsson, who believed it was cursed. In 1978, Moon also died there - in the same bed as Mama Cass - of an accidental overdose of clomethiazole, a sedative he was taking to try and combat alcoholism.

Spooked, Nilsson never returned to the flat. It was sold to Moon's bandmate Pete Townshend, who had been paying Moon's rent.

True or false? True. Although the urban legend that Mama Cass died after eating a ham sandwich is false. Incorrect information was given to the press before the autopsy and reported as fact, even by the New York Times.

3. The red ink in the first Kiss comic book is infused with the blood of band members 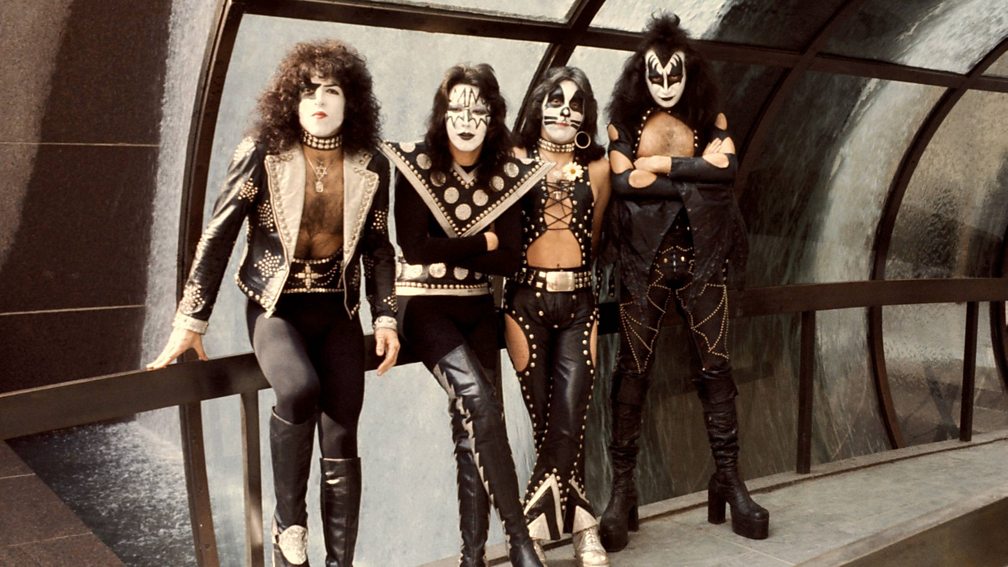 The story: American hard rock band Kiss have never been shy of a good publicity stunt, nor a macabre merchandising opportunity. Fancy being buried in a branded Kiss coffin - the Kiss Kasket? Yours for around $5,000. Want to come into contact with the actual blood of the band? Hunt down the first Super Special Kiss comic book, published by Marvel.

In 1977, Kiss flew to Marvel's printing press in upstate New York and added vials of their blood to a vat of red ink, which was then used for the comic. The process - from the drawing of blood by a registered nurse to the band tipping their vials into the ink barrel - was officially witnessed by a notary public.

True or false? True. Photos were printed in the comic, although the rumour that a mix-up resulted in the blood being used in a run of Sports Illustrated magazines sounds too good to be true. Other myths about Kiss, including that their name is an acronym for either Knights or Kids In Satan's Service and that bassist Gene Simmons's unusually long tongue came about because he had a cow's tongue grafted onto his own, are false.

4. Avril Lavinge died in 2003 and was replaced by an actress

The story: As you know from reading about the strange case of Orion - the hoax Elvis that led many people to believe The King hadn't died in 1977 - it's not unusual for rabid fans of an artist to get caught up in seemingly mad theories about their heroes and whether they're even alive. As such, in 2012 a rumour spread that Avril Lavigne had died soon after releasing her 2002 debut album, Let's Go. Since then, an actress who was a near-perfect doppelgänger for the pop singer had been recording and touring as Lavigne, and no one had noticed. Until a decade later. And when the fans noticed, they naturally found a deep well of evidence to support their case...

True or false? False. The rumour was started by a Brazilian blog, Avril Esta Morta (Avril Is Dead), and picked up by Noisey and Gawker, both of whom ran deep, very sarcastic investigations into whether the theory stood up. It would take until 2015 for Avril Esta Morta to reveal that they'd made the whole thing up - to prove an interesting point:

"The blog was a way to show how conspiracy theories can seem real. Many people believe everything they see on the internet, but is it right? I created this theory to see if people would believe it, and thousands of people did... This was an exercise to teach [people] to become more skeptical and not believe everything you see!"

5. Depeche Mode's Dave Gahan used to sleep in a coffin

The story: "The excess became the priority," Depeche Mode's Dave Gahan recently said about the wild days of the band in the 90s and early-00s. One of the most enduring myths from that time is that Gahan believed he was a vampire and slept in a coffin.

True or false? Half true. Gahan did have some kind of vampire fantasy and although he doesn't recollect biting British journalist Andrew Perry on the neck backstage at Depeche Mode and Primal Scream US tour in 1994 - apparently to "put a curse" on him - he perfectly accepts that it's the kind of thing he may have done at the time.

As for his bed - it was coffin-shaped, not an actual coffin. As he told Uncut magazine in 2001: "I definitely could have been a vampire, in my own head. Even the bed that I slept in in Los Angeles was in the shape of a coffin - a huge double bed shaped like a coffin! Ha, ha! My whole life was Spinal Tap at that time..."

It is thought, though, that an actual coffin was once delivered to Gahan on tour in South America as a joke, and he used to take naps in that before performing.

[WATCH] Keith Richards on growing up in post-war Britain

The story: A conundrum - you take the lid of a box containing the ashes of your father and some fall on the table in front of you. Do you brush them on the floor like they're breadcrumbs or try to get them back into the box? Or is there a third way? There was for Rolling Stones guitarist Keith Richards.

After his dad Bert died in 2002, Keith kept his ashes for six years before deciding to scatter them around an oak tree he had planted. As he opened the box, what he describes as a "fine spray" blew onto a table. "I couldn't just brush him off, so I wiped my finger over it and snorted the residue," he added. "Ashes to ashes, father to son."

True or false? True. The above quote is from Keef's 2010 autobiography, Life, and it confirmed what he had originally told NME in 2007 when he was asked to name the strangest thing he had ever snorted. There are differences in the two stories - NME reported he'd combined the ashes with a class A drug - but it seems at least that some of his father's ashes did indeed go up his nose. As for the rumour that he'd had a full blood transfusion at a Swiss clinic in 1973 to beat heroin addiction - not true.