The line between fact and fiction can be precariously thin in music, as we've discovered before on BBC Music. Plenty of acts have fooled us about their pasts, or adopted aliases in secret that have been equally perplexing to fans. 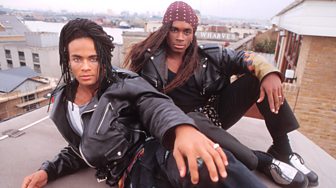 Read more: The 6 strangest hoax acts in music (and how they almost got away with it)

And then there are those acts for whom faking it goes into a whole different realm, creating scams so complex that it becomes almost inconceivable that they aren't true. Is that the measure of a good hoax, or do some musical acts get so deep in they can't help but build more and more layers of falsehood? Here are five tales of trickery, which we present as part two to a previous article we published, The 6 strangest hoax acts in music (and how they almost got away with it).

Read more: The 6 strangest hoax acts in music (and how they almost got away with it)

English heavy rock group Deep Purple formed in 1968 and broke through in the early-70s when they had five consecutive Top 5 albums (two of which went to No.1). They toured like crazy, made it in America and swiftly burned out. In 1976, they called it quits, concentrated on solo projects and ignored lucrative offers from promoters to get back on the road. Except their original singer, that is - the little-known US-based Rod Evans, who had been replaced by Ian Gillan in 1969, before the group hit the big time. To the surprise of the rest of the band, he began fronting Deep Purple once again in 1980 for a run of shows in North America and Mexico, with a bunch of session musicians making up the numbers.

Back in England, the actual Deep Purple got on the phone - to their lawyers, and also the advertising sales team of the Los Angeles Times. Brilliantly, they bought ad space under an ad for Evans's Deep Purple show, which read, "The following stars WILL NOT PERFORM at the Deep Purple Concert at Long Beach Arena Tomorrow Aug. 19 1980," before listing the members of the actual Deep Purple.

It was also the Los Angeles Times that had a field day reviewing the gig, saying, "The band's playing was sloppy... The songs were barely recognisable... The whole thing is sham," as Classic Rock reported. Fans dubbed the group The Bogus Deep Purple and they didn't last long. The real Deep Purple's lawyers soon caught up with Rod, who'd signed a dodgy contract with the management company behind the ruse. Rod was solely liable and ordered to pay hundreds of thousands of dollars in damages. Because he was broke, they were taken out of his future royalty payments from sales of his recordings with the actual Deep Purple, and from other projects he might start, effectively ending his career in music.

In 1984, Deep Purple reformed and headed out on the road again, seemingly with no hard feelings towards their original singer. "The poor guy was trying to breed Alsatians in the California desert, I think he probably got a bit desperate!" guitarist Ritchie Blackmore told Sounds in November 1984. Rod has all but disappeared since. 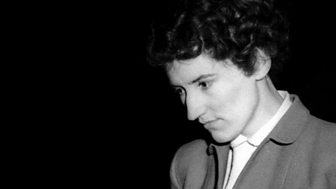 Of all the wild stories on this list, perhaps Joyce Hatto's is the most extraordinary and elaborate, and, in its own way, inspiring. In 2012, BBC One made a Victoria Wood-scripted, feature-length docudrama about her, Loving Miss Hatto (watch a clip, above) and, two years earlier, Radio 4 asked, Who was Joyce Hatto? That's a very good question, to which you could answer, "She was an English pianist," but that barely scratches the surface of Joyce's bonkers tale.

When she died in 2006, her reputation was intact, the fraud undetected. She was "one of the greatest pianists Britain has ever produced", the Guardian said in their obituary, known, the Telegraph said, "for her deeply expressive and profoundly moving interpretations of the music of Liszt, Chopin and many other important composers". And what made her story all the more intriguing was that she'd achieved her fame very late in life and from behind closed doors - as a prolific recording artist, who honed her craft in isolation after an ordinary career as a good, but not world-class, concert pianist.

She'd retreated from public life, her husband William Barrington-Coupe (Barrie) said, because she had been suffering from cancer since 1976 - a claim subsequently disputed by her consultant radiologist, who said she was first treated in 1992. In her final years, more than 100 recordings bearing her name were released, the quality of which stunned critics. She became a sensation, and remained a sensation until early 2007 - a year after her death - when Gramophone magazine published a full investigation into her recordings, suggesting they had been lifted from other recordings and, in many cases, digitally manipulated. And how was the deceit revealed? Gramophone editor James Inverne told BBC News that, "We wouldn't have known even to look had it not been for the accident where iTunes came up with the 'correct' title for the discs." It really was as simple as that.

Barrie, a sound engineer, fessed up to the scam and took full responsibility. "It is self-evident that I have acted stupidly, dishonestly and unlawfully," he wrote in a letter to a record label whose music he'd stolen. Joyce, he also said, had no idea of the fraud, although it seems unlikely, and therein lies perhaps the real reason why her story remains so captivating. At root, was it just a misguided act of love? 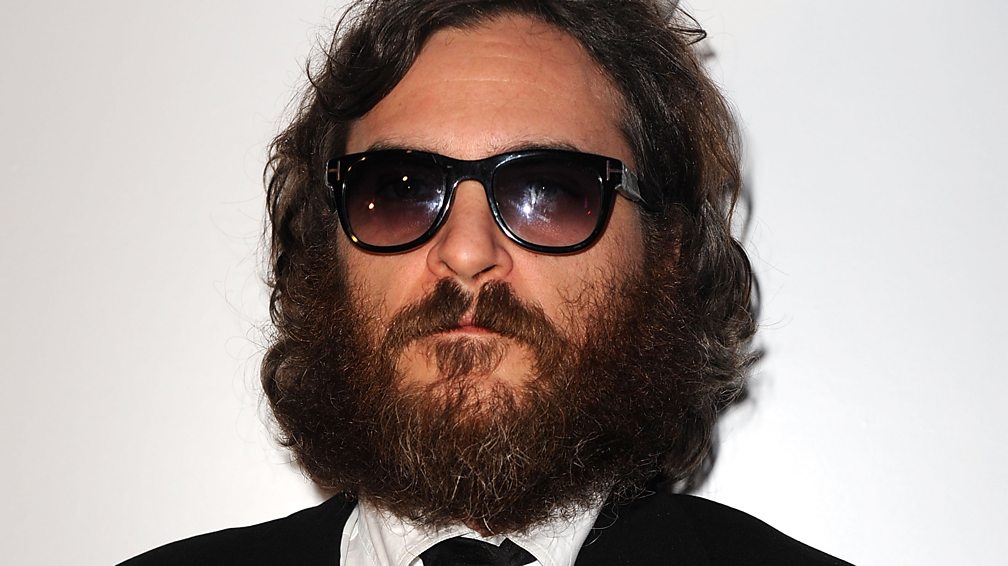 "What can you tell us about your days with the Unabomber," quipped David Letterman during Joaquin Phoenix's car-crash interview on The Late Show in 2009, not long after he'd announced that he'd quit Hollywood to concentrate on his new career as a rapper managed by P. Diddy. Inevitably, clips of the interview went viral and the press speculated that the Gladiator actor had gone completely off the rails.

We know now that Phoenix was staging an elaborate year-long hoax that would become the source material for the Casey Affleck-directed mockumentary, I'm Still Here, released in 2010. Eighteen months later, a clean-shaven and coherent Phoenix was back on Letterman, explaining its purpose. "We wanted to do a film that explored celebrity and explored the relationship between the media and the consumers and the celebrities themselves." The critics were divided, but not about Phoenix's masterful first Letterman performance, parts of which were included in the film. 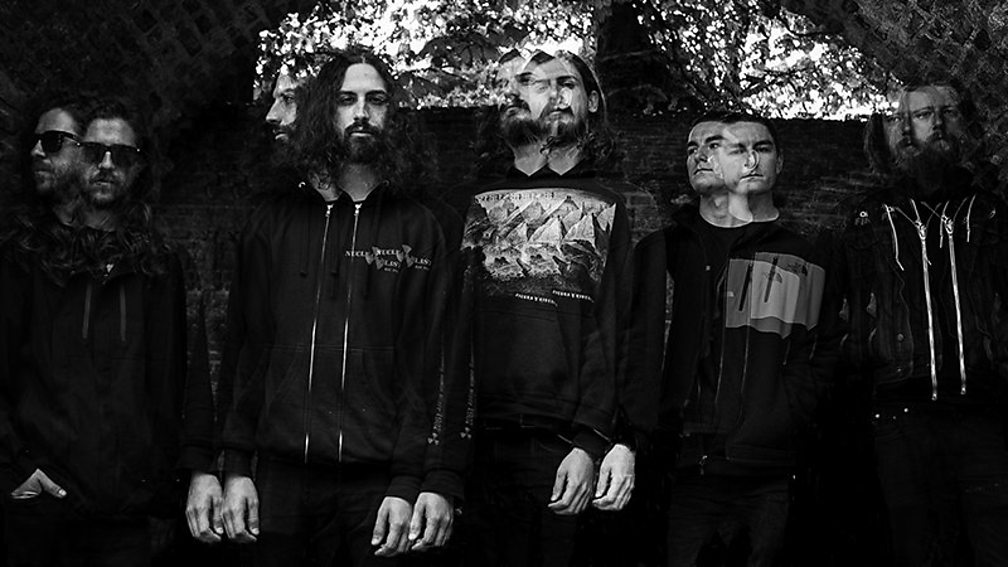 Disguise and anonymity go hand in hand in the complex underground world of black metal, often leading to confusion, which is sometimes the point, or perhaps it's a useful way of standing out in overcrowded market. Take the story of Ghost Bath, for example, who formed in 2012, pretended to be Chinese and only did interviews collectively as 无名 (Nameless). For a while, they fooled fans and the press, with Pitchfork saying around the release of their 2014 debut album, Funeral, "China has a booming metal culture, but it's often overlooked by labels, media, and fans... Ghost Bath are a black metal quartet from Chongqing City whose use beautiful melodies to make even the lowest throes of depression seem uplifting."

In 2015, Noisey interviewed them - via email - and embedded a stream of their second album, Moonlover. But writer Kim Kelly smelt a rat and, just two days later, posted a new story, From Velvet Cacoon to Ghost Bath: the Curious Anatomy of a Black Metal Hoax, in which she revealed that these four anonymous metallers from China were actually natives of Minot, North Dakota and called Jamie, Dennis, Taylor, and Donovan. In Kelly's second interview, the band came clean: "Our origin was always to be unknown, though Bandcamp requires to pick a location on their site. We have seen many bands jokingly pick Norway or Hell, Michigan as their location but did not want to do as such. Since we wished our origins to be unknown, we picked a location of immense beauty... Call us whatever you wish. We are worthless humans. If we thought highly of ourselves, maybe we would play a different type of music." 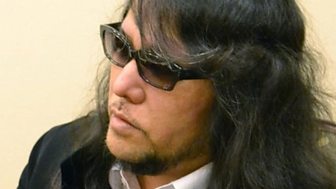 BBC News - 'Japanese Beethoven' admits he is a fraud

And, finally, another from the world of classical music, but this time from Japan and the bizarre story of Mamoru Samuragochi, a man dubbed the 'Japanese Beethoven' and the 'digital-age Beethoven' until he was exposed as a fraud in 2014, causing a scandal that seems no less extraordinary today and even involved Samuragochi pretending to be deaf, just as Beethoven became in his life (although Samuragochi, now 54, still claims he has hearing problems).

As BBC News reported, "Mamoru Samuragochi shot to fame in the mid-1990s and is most famous for his Hiroshima Symphony No. 1, dedicated to those killed in the 1945 atomic blast." It sold over 100,000 copies in Japan and became known as the 'Symphony of Hope', after Samuragochi was filmed meeting survivors in the tsunami-battered Tohoku region in 2011.

But Samuragochi didn't write the piece, nor the massive majority of other works attributed to him in the 18-year period between 1996 and 2014 when the scandal broke. In fact, he'd paid a part-time music teacher, Takashi Niigaki, to compose the works for him, as Niigaki explains in the fascinating World Service interview posted above. When Niigaki came clean, the story shook Japan, but it was still thought that Samuragochi was deaf. When it was revealed soon after that he wasn't, Samuragochi said he was "deeply ashamed of living a lie", leading the city of Hiroshima to revoke the Hiroshima Citizens' Award it presented to Samuragochi in 2008.

BBC News - 'Japanese Beethoven' admits he is a fraud