Great feats of human endurance at this year's Proms

With close to 100 concerts being staged over almost two months, and not a day's break, the Proms by definition are a feat of endurance - for the Prommers who go almost every night, the people who work on them, the Royal Albert Hall, which hosts the majority of the concerts, and the hundreds upon hundreds of musicians who come from all over the country and the world to perform.

Each year, though, there are certain orchestras and individuals that go that extra yard into the realm of super-human achievement. This is about those folk. We salute them.

"Dear Friends, some of you have been worried so I wanted to write here to explain why I have had to pull out of my Proms concert next week," wrote cellist Natalie Clein ahead of her scheduled performance of a world premiere that was written for her - Brian Elias's Cello Concerto. Poor Natalie had been suffering from a kidney problem and required surgery, so it fell to Leonard Elschenbroich to replace her at Prom 32. The German cellist did the seemingly impossible - learned, mastered and performed the piece beautifully, to the clear joy of Elias, who joined Leonard on stage at its end.

2. The Aurora Orchestra play a Beethoven symphony from memory, and standing up

Beady-eyed Prommers will have noticed plenty of conductors and soloists performing without a score, and that's always a spectacle. However, Nicholas Collon's fantastic, virtuosic Aurora went one step further at Prom 10 - the entire orchestra played Beethoven's Symphony No 3 ('Eroica') from memory. While standing up. Well, not the cellists and double bassists - that would have been a disaster - but anyone that could stand, did. And it was a truly magnificent feast for the ears and eyes.

3. Harold Beck clocks up 80 years of going to the Proms 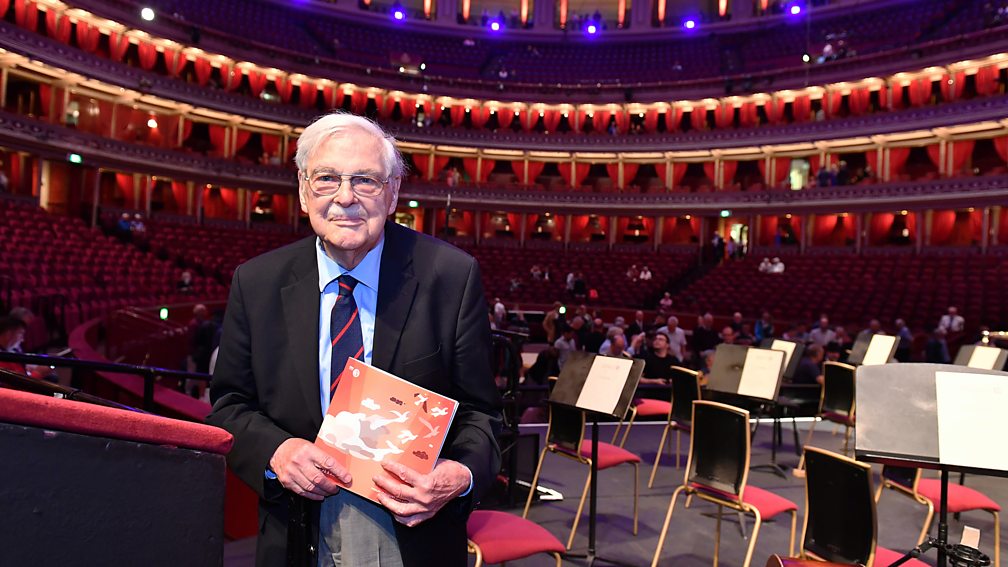 Yes, you read that correctly - Prommer Harold Beck has been going to the festival for an astonishing 80 years, which means he saw Sir Henry Wood conduct at Queen's Hall, the original venue for the season. He told BBC Music Magazine: "My school was close to Queen's Hall and when the box office for the season opened my father sent me along to buy 30 tickets for the balcony! I think they cost three shillings each." In fact, he was at Queen's Hall the weekend before it was bombed in 1941, and also attended some of the first concerts at the Royal Albert Hall, where the Proms moved to. Here he is at Prom 45 with Radio 3's Petroc Trelawny‏:

What's the hardest piano concerto to play? It's a question concert pianists are asked often, and although they might have different answers, all would agree that Rachmaninov's Piano Concerto No 3 - Rach 3 to the pros - is demonically tricky. It's almost a solo piano piece with an orchestral backing and, at 45 minutes, it's one of the longer concertos in the repertoire, too. To make it sound effortless, you need a pianist with the skill and soul of Alexander Gavrylyuk, who performed it superbly at Prom 37, and he was making his debut to boot.

Above, young British composer Tom Coult tells the Proms Podcast that the invitation to write a piece for this year's festival came "out of the blue" and "at quite late notice" - earlier this year. More than that, he was told it was going to open the entire festival. He got to work on what became St John's Dance - a piece inspired by mass hysteria in the Middle Ages - and became a Proms legend within the first few minutes of the season starting. Hear an excerpt below:

6. The singers who became athletes for a night

On a normal evening at the Proms, musicians aren't required to be athletes too - unless they're singers in Raphaël Pichon's French baroque ensemble Pygmalion. Ahead of their stunning performance of Monteverdi's Vespers of 1610 at Prom 22, Pichon told Radio 3: "We are trying to use the verticality of the space - to have echoes; to have different dialogues between different singers. From the upper gallery, it sounds really great - because it's full of stone... So there will be a few dialogues between the stage and the rest of the hall."

There was only one way to make that possible. With the lifts disabled during performances, selected singers were required to charge up the stairs from the stage, sing their part, then charge down again - without losing their breath. And anyone who Proms in the Gallery knows that it's a considerable hike from ground level to the top.

It's been a vintage season for violinists performing notoriously complex concertos. Lisa Batiashvili gave a thunderous rendition of the Sibelius at Prom 2 and Nicola Benedetti was equally magnificent taking on Shostakovich's ruthless Violin Concerto No 1 at Prom 6. Stravinsky's rule-breaking 1931 piece - a modernist twist on Bach's concertos - is both technically demanding and difficult to make sound great, right from its iconic triple-stop opening note. Leila Josefowicz's performance at Prom 50 was pure musicality and a stand-out of the festival thus far.