The Argentine-Israeli pianist and conductor brought the Staatskapelle Berlin to London to match Edward Elgar's two completed symphonies with, first, Sibelius's Violin Concerto (with soloist Lisa Batiashvili) on Saturday evening, and then Sir Harrison Birtwistle's Deep Time, a BBC co-commission with the Staatskapelle, on Sunday.

In a speech at the end of Prom 4 (there's a clip of just the speech below), Barenboim spoke of his, and his orchestra's, love for Elgar and Great Britain, a country he lived in for many years with his wife, the English cellist Jacqueline du Pré, who died in 1987.

He first thanked the Staatskapelle for delaying their summer holiday by a week to play at the 2017 Proms, adding: "To play for you the Elgar symphonies is something that is very important to them. They really fell in love with this music and they really wanted to bring it to London. I'm very grateful that they're going on holiday tomorrow!"

Before Barenboim spoke, the orchestra played their first encore - a deeply moving rendition of the famous Variation IX ("Nimrod") from Elgar's Enigma Variations, which is being performed in full at Prom 32 on 9 August. 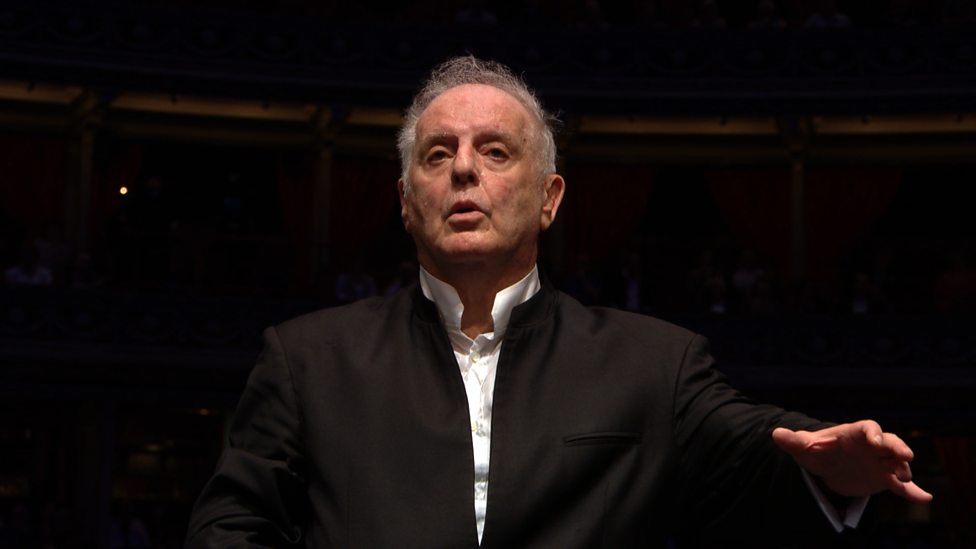 Barenboim, who is a citizen of four countries (Argentina, Israel, Palestine and Spain) and is also known for his work with the West–Eastern Divan Orchestra (made up of musicians from Egypt, Iran, Israel, Jordan, Lebanon, Palestine, Syria and Spain), also used his speech to share with the audience "some feelings and thoughts that I have - not political, but rather of a human concern".

He said: "When I look at the world with so many isolation tendencies, I get very worried and I know I'm not alone," before speaking of his belief in education and how he understands music to be a universal language:

The speech was met with varying responses on social media, welcomed by many...

...but also criticised, with others believing the Proms should be kept free of politics:

The concert finished with Barenboim and the Staatskapelle playing a second encore - Elgar's Pomp and Circumstance March No 1, which includes the patriotic song Land of Hope and Glory, a staple of the Last Night of the Proms: