The secretive musicians who avoid interviews

Interviews with musicians have been a staple of journalism for decades. They offer the stars the chance to explain their art and, in turn, the journalist has an opportunity to ask questions of further interest to their readers.

Some musicians love doing them, others don't, and increasingly it feels like artists are avoiding interviews, preferring to speak to their fans via social media, or not at all.

Here are seven who have either always been press shy, or have become so recently, often for very different reasons...

Above, you can see Beyoncé being interviewed by Jo Whiley and Lauren Laverne after she performed at Glastonbury 2011 and there's no question that there's great value here for music fans - in knowing what it feels like to play on the Pyramid Stage, what decisions Beyoncé made for her set, and so on.

The interview turned out to be something of a scoop. Just two years later, Beyoncé made headlines by agreeing to a Vogue cover shoot for their biggest issue of the year - the September issue - but not offering an interview to accompany the images. This was unusual. "It is part of the bargain struck between celebrities and the news media, where face time and a few juicy first-person revelations are traded for a starring role," commented Matthew Schneier in the New York Times, adding: "At some imperceptible point around 2013 to 2014, she appears to have stopped giving face-to-face interviews. A member of her team told a reporter in May that despite numerous appearances, she had not answered a direct question in more than a year."

Why? Well, because she's Beyoncé, and she can do what she wants. In effect, her fame has earned her the right to keep schtum without fear of the public losing interest. And perhaps also there's an element of control here. Vogue commissioned an essay to go with the photoshoot, written by Margo Jefferson, who told the New York Times: "She has to be studying how effective her interviews have been so far. She may have decided that they do not contribute as dazzlingly to the portrait of Beyoncé as the other stuff. It's a perfectly reasonable decision."

And it's not like Beyoncé has gone completely silent since 2015. She does occasionally agree to appear in the press, picking the stories carefully. She interviewed her sister Solange for Interview last year, and also gave the New York Times a few quotes about her mother - "via email, coordinated through a publicist".

Taylor Swift was no doubt watching carefully as Beyoncé froze out the press. Last year, it quickly became clear to journalist and talk-show hosts that she wouldn't speak to them about new album Reputation, leading to some pretty wacky stories to turn up online. USA Today trawled their previous interviews to see if they provided any clues to Reputation, and the Sun decided to spoof her silence by coming up with "our version of what a chat with the pop diva might have gone like".

Taylor did agree to one major interview last year, speaking to Time about her sexual-assault testimony. In the Q&A, Reputation wasn't mentioned once. 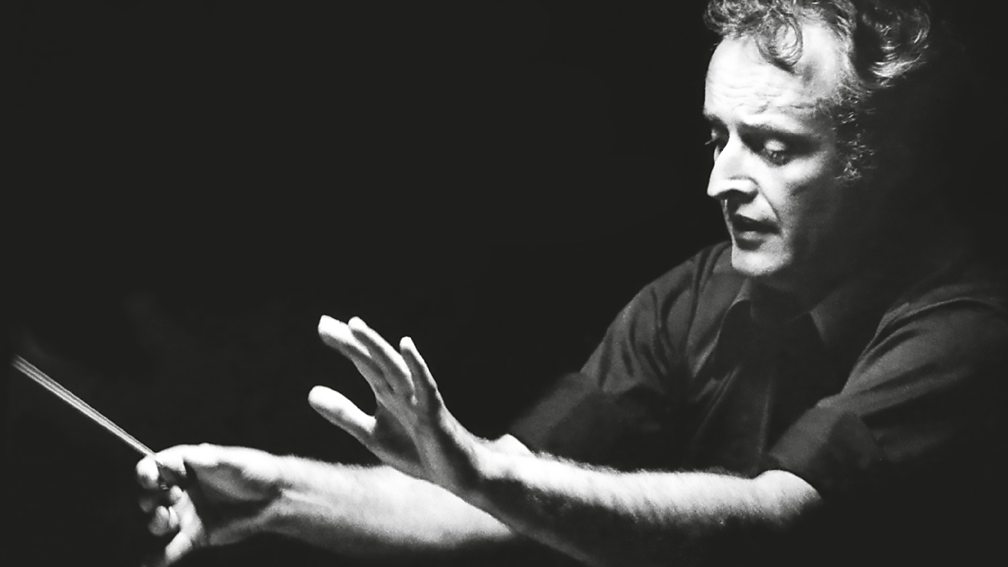 In 2011, Carlos Kleiber was voted the greatest conductor of all time by 100 of his peers, although, as the Quietus reported, "He conducted less than 100 concerts and about 500 opera performances (no one's quite sure), and he hardly ever recorded." The Austrian-Argentine musician, who died in 2004, was something of an enigma and it was thought in his lifetime that he'd never given an interview. One has subsequently turned up online - a 1960 radio interview, in German - but he remained enough of a mystery for Radio 3 to ask Who Was Carlos Kleiber? in a 2010 documentary.

Two years later, a book of letters and notes he sent to conductor and writer Charles Barber was published, Corresponding with Carlos, offering the best non-musical clues we have to his character, but perhaps the most telling detail about Kleiber's views on life comes from something his sister Veronika said in a 2012 documentary, Traces to Nowhere: that he was particularly consumed by one phrase - "Leave no trace" - which he'd read in his "bedside book", the Zhuangzi, an ancient text written by Chinese philosopher Zhuang Zhou. 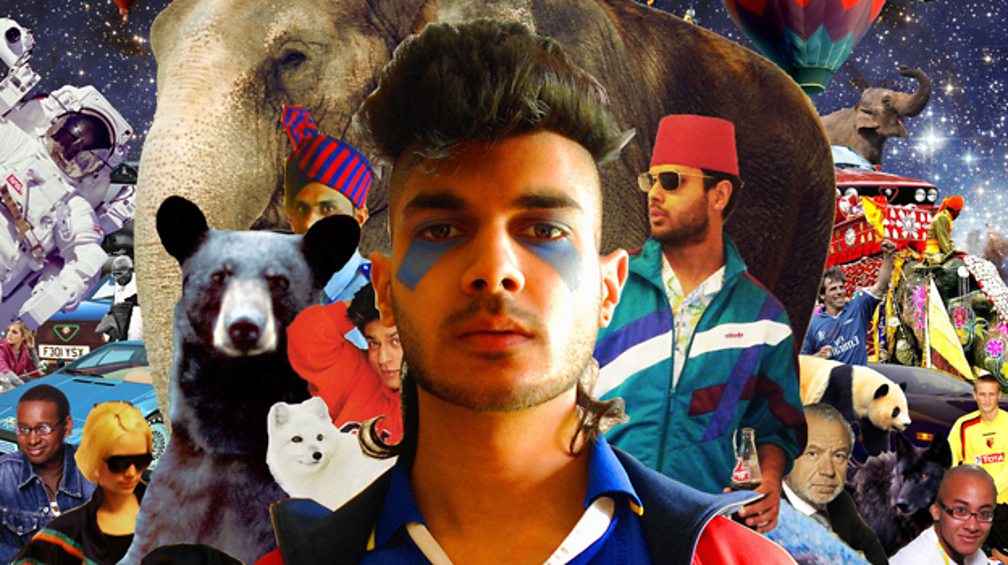 Not speaking to the press certainly keeps people guessing, and none more so than with secretive British-Indian songwriter and producer, Jai Paul, who was nominated for BBC Sound of 2011 after a demo track, BTSTU, was widely covered by music blogs in 2010. He was interviewed once by Dazed in 2011, but he didn't give much away in the short article, and a lot has happened in Jai's life since then. In 2013, an album's worth of his songs ended up on Bandcamp, causing much speculation about whether the leak was a marketing ploy, unofficial, or even Jai going behind his record label's back. In the only tweet he's ever posted, Jai said, "Demos on bandcamp were not uploaded by me, this is not my debut album," but it was nonetheless reviewed as such, and, five years later, he still hasn't released an album proper.

In 2016, Jai and his brother A. K. Paul announced the establishment of the Paul Institute, which seems to be some kind of record label and art collective that will "support and nurture new British music talent". Music from the brothers has come out on the Paul Institute, and it now has a home, too - in an old BBC building in West London. Brilliantly, it was Property Week that scooped the story of the brothers and their associate Muz Azar renting the property, and they also managed to take the first picture we've seen of Jai since 2013 - wearing a hard hat.

And why do Jai and his brother avoid the spotlight? Over to collaborator NAO, who told Rolling Stone in 2016: "They're normal guys that are trying to find their own route without playing the game. They're just doing their thing and they're perfectionists."

The Weeknd - The Hills - Later… with Jools Holland - BBC Two

In recent times, Canada's The Weeknd has agreed to do a few interviews, but when he started out in 2010, he blanked the press completely and spoke to fans via Twitter. The mystery undoubtedly helped to create fascination in him, but was that intentional? "Yes and no," he said in his first interview - with Complex magazine in 2013. "In the beginning, I was very insecure. I hated how I looked in pictures... I was very camera shy. People like hot girls, so I put my music to hot girls and it just became a trend. The whole 'enigmatic artist' thing, I just ran with it. No one could find pictures of me. It reminded me of some villain s***. But you can’t escape the internet. There are super fans, and I was really testing their patience. At the end of the day you can't deny the music. That was my whole thing: I'm going to let the music speak for itself."

Ralf Hütter is the sole remaining founding member of Kraftwerk and throughout the German electronic music group's long career he's been notoriously hard to pin down for an interview. Andrew Collins managed to grab six minutes with him for 6 Music in 2003, above, but The Culture Show's Miranda Sawyer had less luck in 2009 - Ralf sent the robot version of himself to answer questions.

Even for lifelong fans of the band, he remains a conundrum. "I dial the arranged number, and a female voice tells me that our conference call is about to begin," wrote the Guardian's John Harris about his 2009 encounter with Ralf on the phone. "Then, just as I realise I have no idea what Ralf Hütter's speaking voice is like, there he is: much younger-sounding than his 62 years, and, by the sound of it, a lot more relaxed about the interview ritual than I'd have thought." 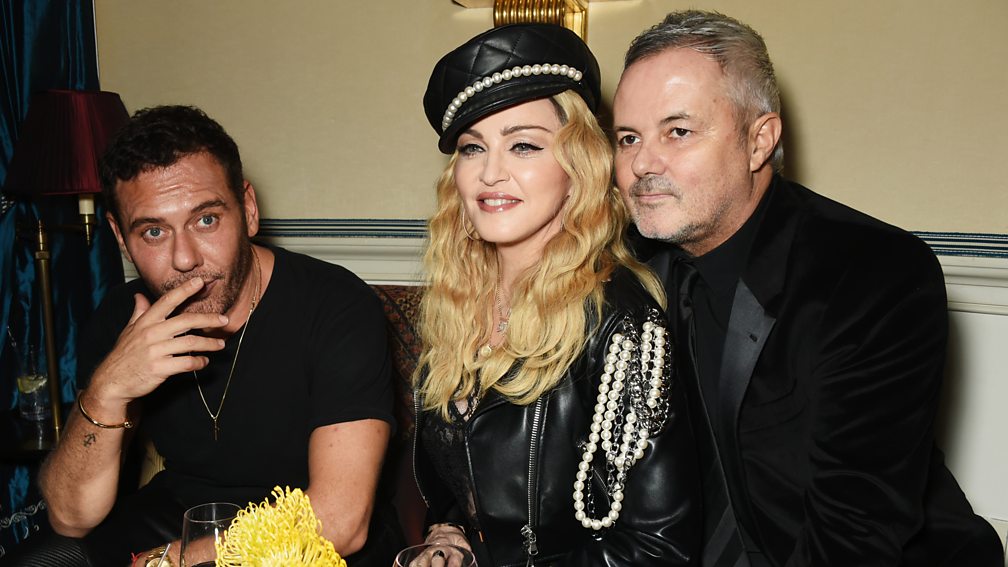 Finally, it's usually the star and not the producer that journalists want to speak to, but when you have a CV like Nellee Hooper you can't help but become a story. Nellee started out as a DJ and member of The Wild Bunch, the group that would turn into Massive Attack, and has since produced records by Björk, U2, The Smashing Pumpkins, Madonna and many others. Six albums that he produced have won Grammys and yet, to our knowledge, he's never given an interview.

Who is he? In 2005, the Evening Standard called him "the best-connected man in London society... a music guru so anonymous some think he's a woman, but whose networking - and romantic skills - are legendary to those in the know." Which probably greatly amused Nellee.