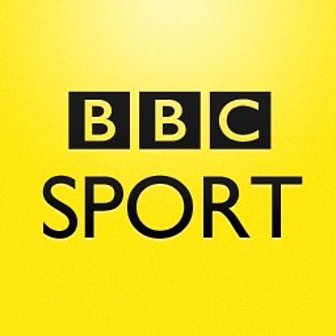 When it comes to pop music and football, the rules are pretty simple. The song must have an easy chorus to chant, and be easily adaptable lyrically for optimum praise of a club's player, or insult of the opposition. Or the song needs to be specific to the club - by referring to the club's colours, or perhaps it's by a local band who are fans, as it is when Man City supporters sing Wonderwall by Oasis.

Whether the song is an all-time classic outside of football is hardly a consideration, but there are times when truly great tracks become part of terrace culture - adapted, or sung with original lyrics. As the season reaches its climax, here's a list of what we think are the 10 best - in no particular order. 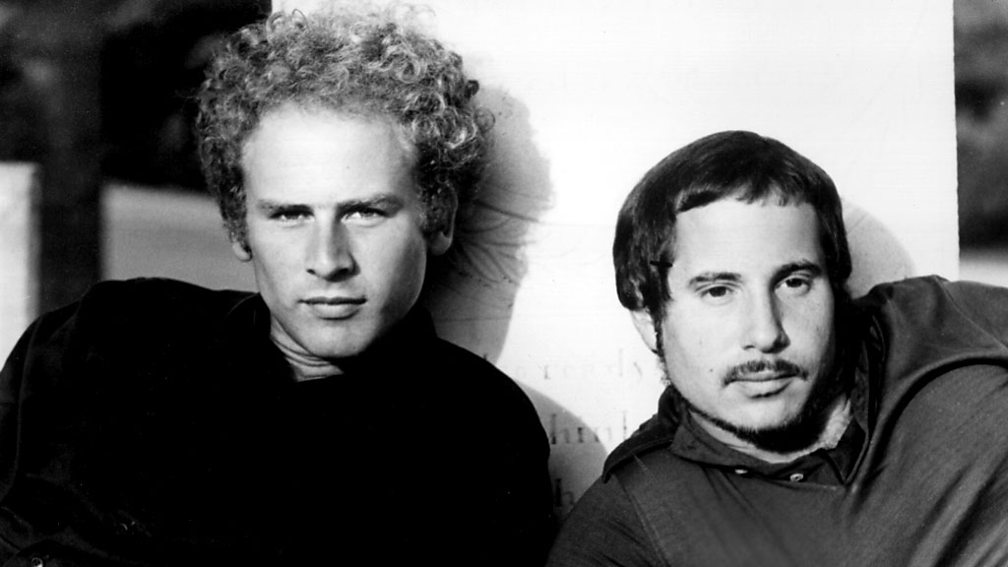 We're starting, of course, with Leicester - the city that gave us, for better or worse, Showaddywaddy, Kasabian, Mark 'Return of the Mack' Morrison and Engelbert Humperdinck, and whose club every neutral wants to win the league. They've complemented their incredible season with fine singing of some great tracks. Brilliantly, the chorus from the Domenico Modugno song, Volare, which Dean Martin covered, has been flipped into an ode for manager Claudio Ranieri ("Ranieri, Ranieri, he came from Italy, to manage the City") and, further proving that Leicester fans have good taste in music, striker Leonardo Ulloa gets a chant too ("Oh, his name is Leonardo, Leicester's number 23, yes he cost a f****** fortune, but he scores goals so that's alright with me") set, roughly, to Bad Moon Rising by top US psych-rock band Creedence Clearwater Revival.

For this list, though, we're picking Simon & Garfunkel's Mrs Robinson from their 1968 album Bookends and also the film The Graduate. Leicester use the song in praise of their star midfielder - "Here's to you, Danny Drinkwater, Leicester loves you more than you will know" - but it's a terrace classic, used by many other clubs in similar ways.

In this cute clip, California's Beach Boys introduce themselves to the UK at the outset of their career, long before the melody to the chorus of their 1966 adaptation of a Bahamian folk song, Sloop John B, became a 21st-century staple at football matches. Leicester have been using it ("We're top of the league / He scores when he wants, Jamie Vardy, he scores when he wants"), so did Arsenal back in 2007 ("Adebayor, Adebayor, give him the ball and he will score") and it's frequently used by both away fans to diss the city they're in ("This town's a s***hole, I wanna go home") or by clubs who have just been promoted: "This is the best trip I've ever been on."

Basically, the song has been butchered in numerous ways and it's completely over-used, but the original, which was on Pet Sounds, remains an absolute gem in the pop canon. 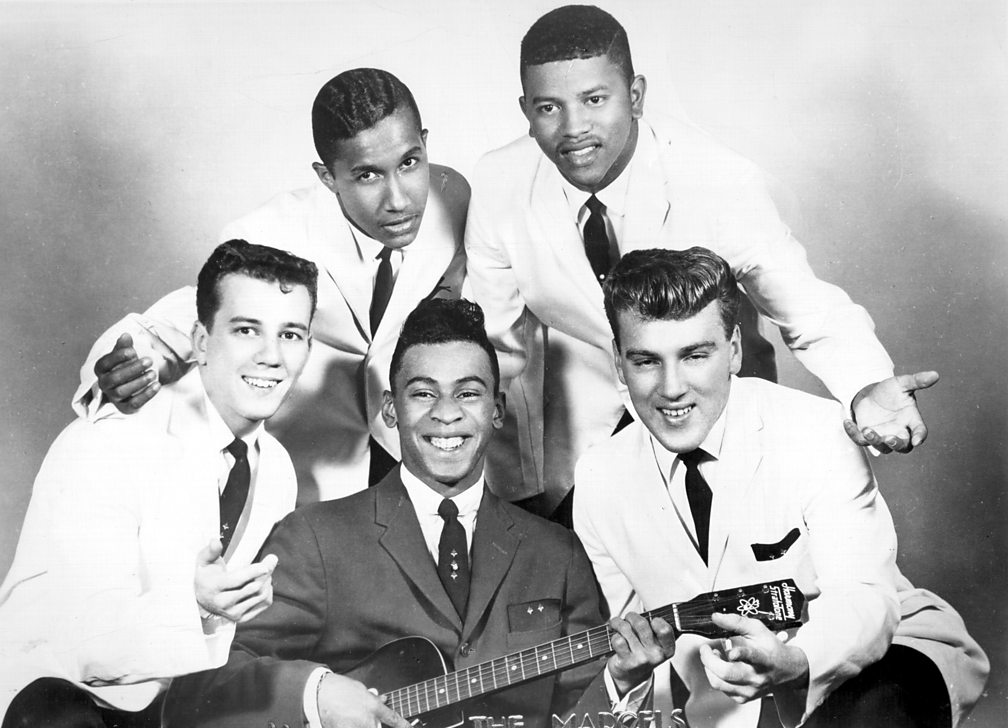 Jazz-pop standard Blue Moon was written by Richard Rodgers and Lorenz Hart in 1934, became a hit in the US for both Billy Eckstine and Mel Tormé in 1949, then doo-wop group The Marcels (above) had a international smash with it in 1961. Ella Fitzgerald, Elvis and Rod Stewart have covered it too, and since about 1989 or 1990 it's become Man City's official anthem, although it was first used by Crewe Alexandra.

Fantastic song. Different versions are piped through the City of Manchester Stadium's PA, but always with the original lyrics: "Blue Moon / You saw me standing alone / Without a dream in my heart / Without a love of my own."

4. Glad All Over by The Dave Clark Five 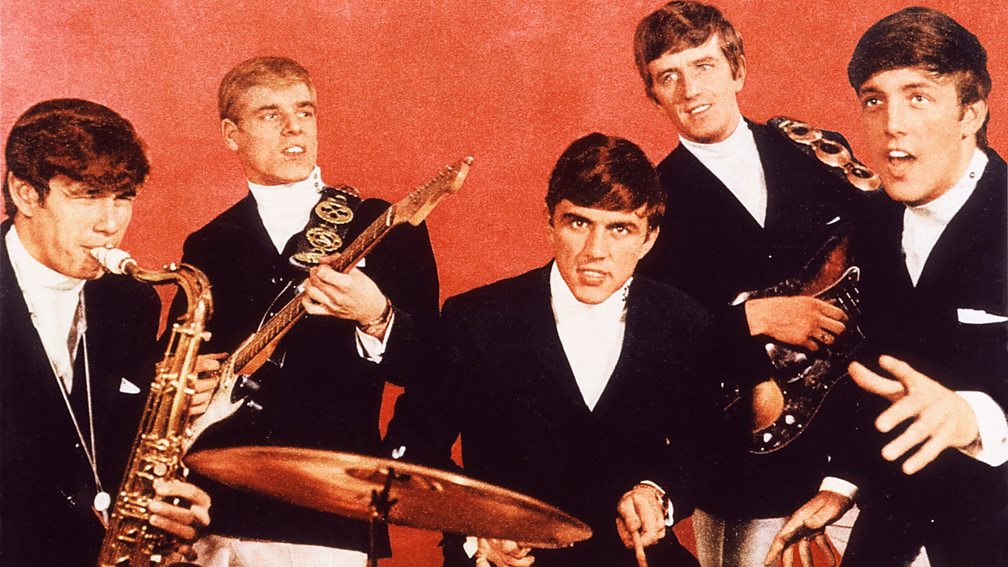 Another club that pretty much own a great pop song is Crystal Palace, who have a history with The Dave Clark Five's Glad All Over going all the way back to when it knocked The Beatles' I Wanna Hold Your Hand off the top spot back in 1964. The group even played the song live at Palace's ground, Selhurst Park, in 1968. Then, in 1990, the squad covered Glad All Over in the run up to the FA Cup final, which they lost to Manchester United in a reply, having drawn 3-3 after extra time in the initial leg.

Crystal Palace and Glad All Over will forever be associated with each other, but they don't have complete ownership of the song. Blackpool, Rotherham United, Port Vale, Swindon Town and Partick Thistle have played the song after scoring in recent years, just as Palace have for more than half a decade now. 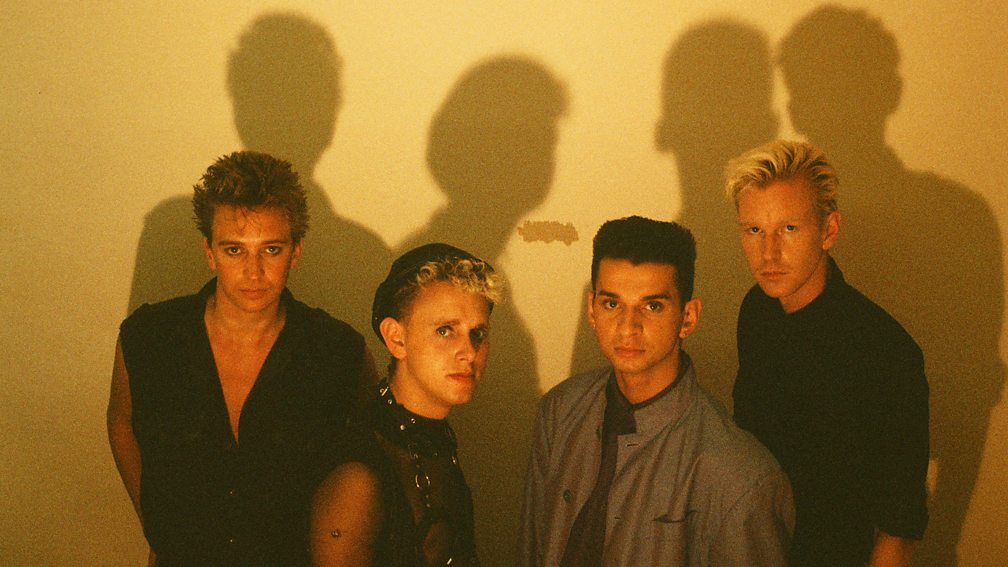 Palace fans picking up on Glad All Over so soon after it was released is unusual; normally it takes years for a melody to become a fan favourite. Such was the case with Depeche Mode's 1981 synthpop anthem Just Can't Get Enough, which was first picked up by Celtic fans in 2009 before heading to Liverpool a couple of years later, where supporters sung a take on it to honour their then-hero Luis Suárez before he was signed by Barcelona, and many other clubs including Burnley, Aston Villa, and Brighton & Hove Albion.

Andy Fletcher from the band was delighted, although he's a Chelsea fan. "It's breathtaking to see the enthusiasm in the stands when they're chanting the song," he said in 2011 about the Liverpool supporters' version.

6. You'll Never Walk Alone by Gerry and the Pacemakers

It's impossible to mention Liverpool without bringing up You'll Never Walk Alone, the 1945 Rodgers and Hammerstein song from the musical Carousel that Gerry & The Pacemakers covered in 1963 and is perhaps the track on here most closely associated with a football club. Its relationship with Liverpool goes right back to when the beat group recorded their version. Singer Gerry Marsden gave manager Bill Shankly a copy during a pre-season coach trip in the summer of 1963. "Shanks was in awe of what he heard," ex-player Tommy Smith wrote in his book, Anfield Iron. "Football writers from the local newspapers were travelling with our party and, thirsty for a story of any kind between games, filed copy back to their editors to the effect that we had adopted Gerry Marsden's forthcoming single as the club song."

And you only have to have been at Anfield for the extraordinary Liverpool vs Borussia Dortmund Europa League quarter-final on April 14, or watched on TV, to realise quite what the song still means to fans. The whole stadium singing it (Dortmund supporters have also adopted the song) before kick-off was truly something else.

More in the league of songs being butchered by fans, rather than being given sterling renditions with full original lyrics, it's Seven Nation Army by The White Stripes. The riff from the 2003 track is thought to have made its way onto the terraces via supporters of Belgian club Club Brugge KV who heard it being played in a bar in Milan before a Champions League game in the year it was released. It certainly stuck in Italy, becoming the unofficial anthem of Italy's World Cup win in 2006, and then it made its way to countless UK stadiums and beyond.

Jack White doesn't mind at all. "Nothing is more beautiful than when people embrace a melody and allow it to enter the pantheon of folk music," he said in 2012, and he tells Zane Lowe above how how the riff no longer belongs to him.

8. Lola by The Kinks

Here's The Kinks talking about their music and style right at the outset of their career in the 60s. In 1970, they released Lola, a song about the romantic encounter between a man and a possible transvestite. It's perhaps not the most obvious choice for a football anthem, but it has a long history on the terraces, not least at Chelsea, who changed the lyrics to celebrate Gianfranco Zola when he was a player at the club between 1996 and 2003.

Newcastle did similar for French superstar David Ginola and also Shola Ameobi, which was a bit harder to do, lyrically: "He walked up to me and he asked me to dance / I asked him his name and in a geordie voice / He said Shola / Sshh-Sshh-Sshh-Sshh-OHHHH-la."

9. Love Will Tear Us Apart by Joy Divison 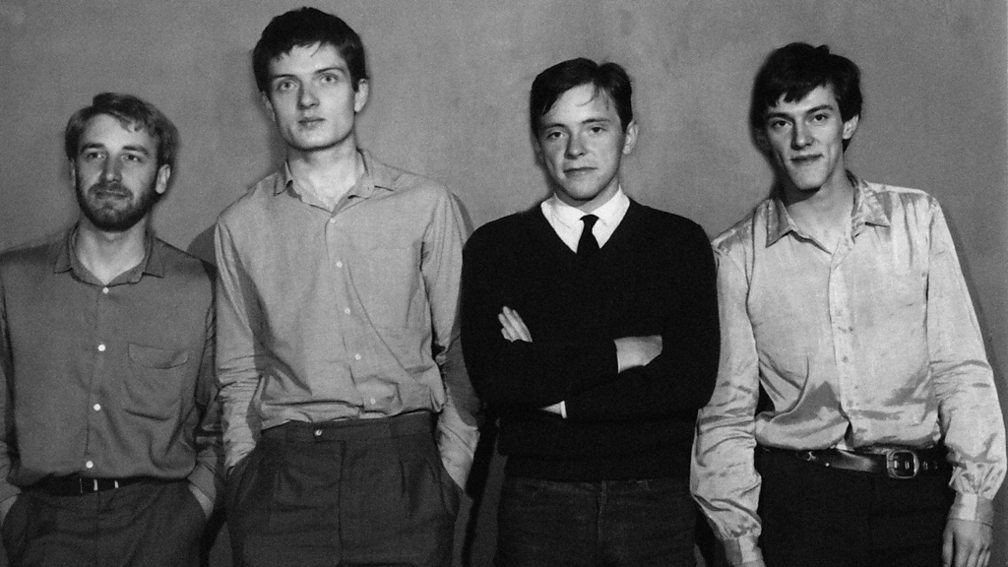 Okay, it's hardly the best-known football anthem, but we're including Love Will Tear Us Apart by Joy Divison here because it's a stone-cold classic song and it does get heard on the terraces, especially at Manchester United where it was frequently flipped into "Giggs, Giggs will tear you apart again". It was also played at Old Trafford when he first walked out as interim manager in April 2014.

Other clubs that have used the song to remind the opposition that they're being torn apart by a certain player include Spurs, Derby, Burnley and Portsmouth. 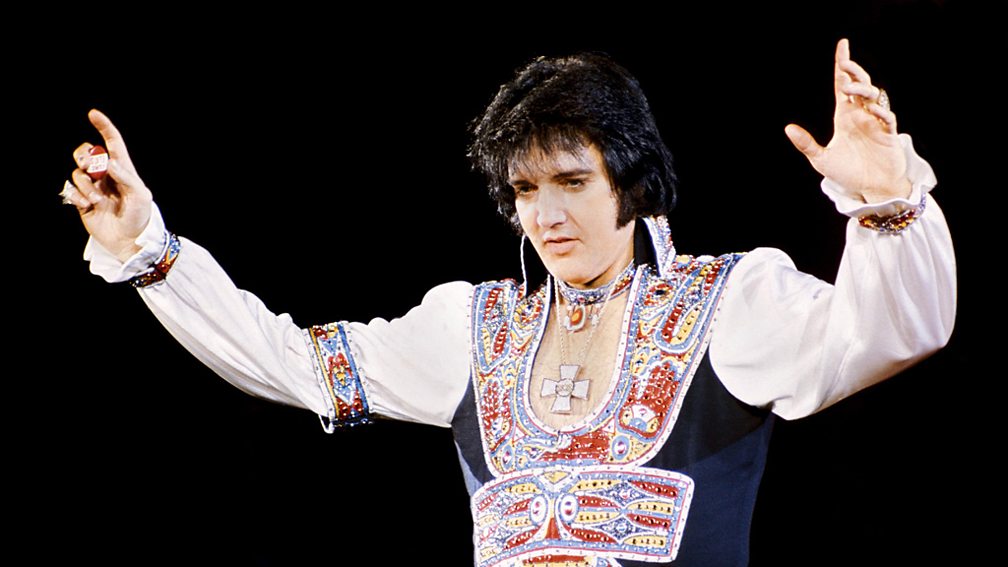 Think Elvis and football and you think Sunderland. Can't Help Falling in Love, the 1961 song he recorded for the film Blue Hawaii, is their anthem and there's plenty of incredible footage on YouTube of Sunderland fans really belting it out. Pop fact: punk band Leatherface, who are from Sunderland, recorded a cover of the song in 1993, which was later used in the final episode of American crime drama Sons of Anarchy.