TV theme tunes should be earworms, just like pop songs, so it it stands to reason that successful musicians - who are privy to the secrets of hit-making - are approached to write them. What's more surprising is the fact the tunes on the box are often written by your favourite pop stars without you knowing.

Given that Kraftwerk once released an album called Tour de France Soundtracks, you could have been forgiven for assuming Channel 4's Tour de France coverage in the 1980s was soundtracked by the German electronic pioneers. Few would have guessed the intrepid electro theme tune was written by indie punk progenitor Pete Shelley of Buzzcocks - he of Ever Fallen In Love (With Someone You Shouldn't Have) fame.

Shelley spent the 80s releasing dance-oriented electronic music mainly recorded with Human League producer Martin Rushent, including the 1981 club anthem Homosapien (which was banned by the BBC). His Tour de France theme features the notes from Frère Jacques towards the conclusion of the song, in case you were looking for a Gallic connection. 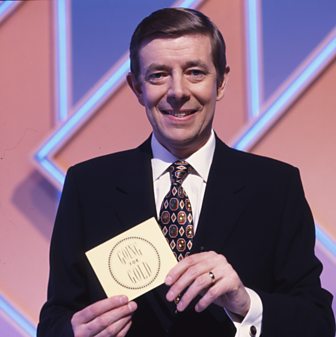 Need a soundtrack for a movie with some gravitas? Hans Zimmer is your go to man these days. The German composer was ubiquitous during last year's summer blockbuster season, providing the music for Christopher Nolan's Dunkirk and the long-awaited Blade Runner 2049.

We all have to start somewhere, of course, and Zimmer was commissioned in the early days of his career to write the jaunty theme tune to Going For Gold, presented by Irish broadcaster Henry Kelly (pictured). "Going for Gold? I'm not ashamed of it!" the Oscar winner told the Guardian in 2015. "It paid the rent and opened up all sorts of doors." Altogether now: "The heat is on / the time is right…"

Eagles - The Hitchhiker's Guide to the Galaxy (BBC)

Eagles - Journey Of The Sorcerer

The radio programme for Radio 4 and the TV show, adapted from the Monty Python-esque novels of Douglas Adams, used the same theme tune, specially chosen by the author himself. The surprise for many, perhaps, is the the fact it's an instrumental track by the Eagles, written by founding member Bernie Leadon.

The reason Adams opted for that track? The dichotomy of sounding both futuristic and containing a bluegrass banjo played by Leadon himself, which elicits the impression of being on the road. Journey of the Sorcerer is one of the multi-million selling rock band's lesser-known tracks, but sci-fi fans will recognise it instantly as the theme from Hitchhiker's Guide.

Wendy & Lisa enjoyed huge fame in the 1980s as sidekicks to pop visionary Prince (they were part of his backing band the Revolution). They enjoyed minor chart success as a duo in the late-80s and early-90s, although they never tasted success in the public eye in the same way.

That's not to say they've not been busy, or successful, for that matter. Wendy Melvoin and Lisa Coleman, to give them their full names, have worked as session musicians, or written songs with a who's-who of pop luminaries, including Grace Jones, Gwen Stefani and Madonna. And their TV soundtrack work has seen them achieve great things. The theme to Heroes - a show that ran on BBC Two between 2006 and 2010 about ordinary people who discover inner extraordinary superpowers - is a goose-bump-inducing ambient soundscape. Their knack for a nifty theme tune didn't go unrewarded - in 2010 Wendy & Lisa won an Emmy for outstanding original theme music for Nurse Jackie. 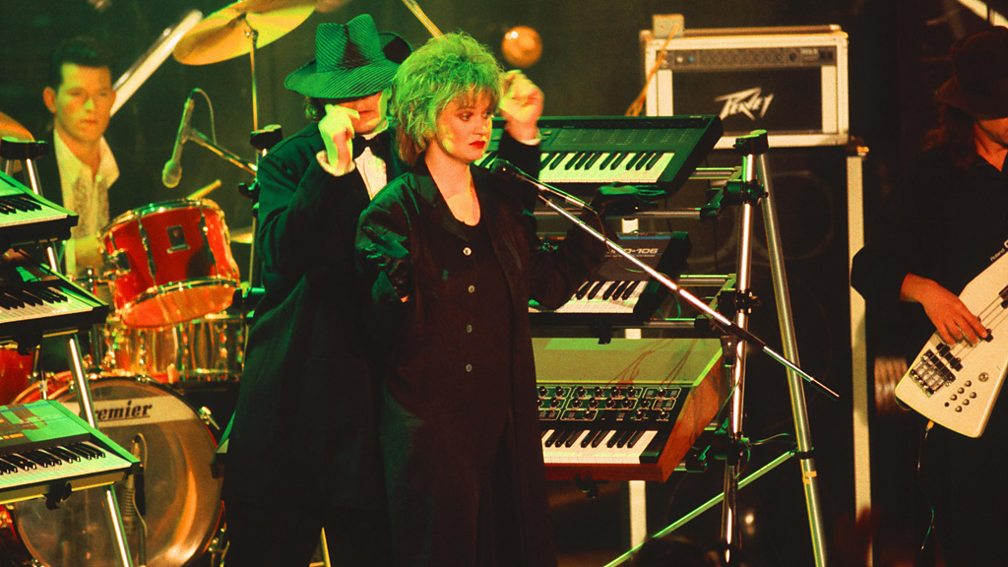 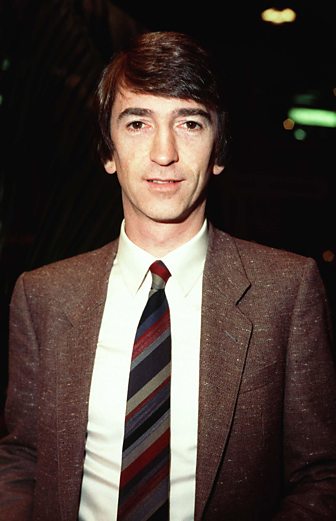 Contestants were required to prove both their brain power and physical agility (complete with full army-assisted assault course), a Cartesian riposte to the BBC's Mastermind. The Fairlight sample-happy band's moment in the sun was to be short lived - they split in 1990 - five years before The Krypton Factor's last episode. Both the band and the show went on to make brief comebacks, however.

The Divine Comedy singer Neil Hannon was approached to write the theme song for an Irish comedy about priests during the mid-90s, after Pulp were unavailable. Hannon later reworked the theme tune for Father Ted with full lyrics on Songs of Love from the band's Casanova album.

That wasn't where Hannon's involvement with the hit comedy ended; he also penned the doomed 1996 Irish Eurovision entry My Lovely Horse by Father Ted and Father Dougal - in the show, at least. And news broke recently that a musical is on the way, written by original creators Graham Linehan and Arthur Matthews, with Hannon providing the music. Pope Ted: The Father Ted Musical will be about "the least qualified man in the world becoming Pope", Linehan told the BBC. "I didn't want to do anything like this until the right idea came along, and when Trump won and Corbyn won [the Labour leadership] I kind of thought, 'Maybe Ted has a chance.'" 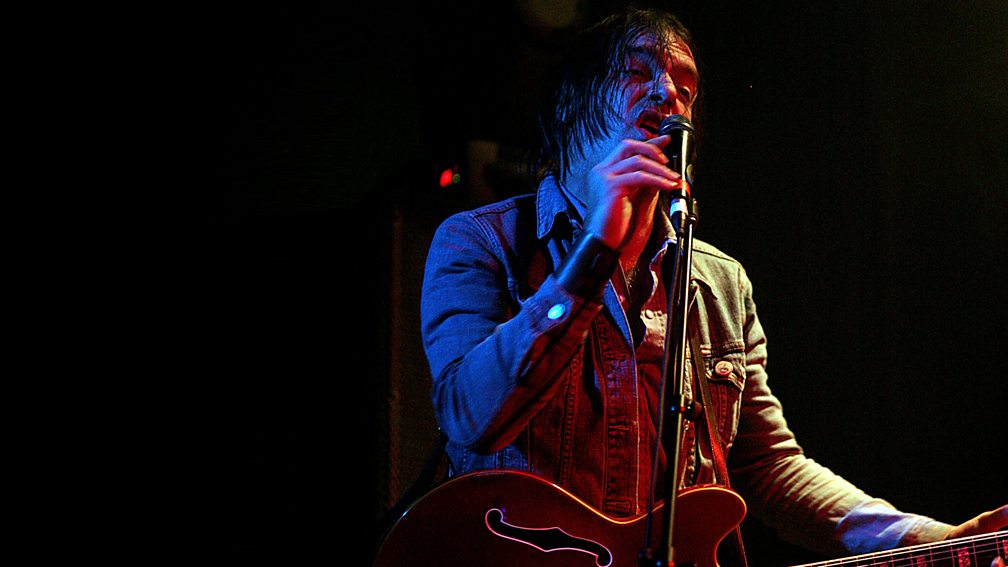 It might be a show about prohibition-era America, but the intro music of Boardwalk Empire, soundtracking a Magritte-like Steve Buscemi watching hundreds of bottles wash up on a beach, is actually psych rock band The Brian Jonestown Massacre's 1996 song Straight Up and Down.

"I didn't want to do some Charleston, which didn't really kick in until 1924 anyway, and everything I heard from the period had people doing the Charleston,” creator and executive producer Terence Winter told the Hollywood Reporter. "Some people find it jarring to see 1920's clothes and hear contemporary music. I look at it as, it's a 90-second intro and then you have all the 20s you want."

Many may be familiar with the diaphanous theme tune to the long-running documentary Arena, a simple two-chord structure played on "desert" guitars, a Farfisa organ and a piano that sounds like it may loop perpetually. This dreamy soundscape actually came from Brian Eno, ex of Roxy Music and super-producer in his own right. The recording is the title track of his 1975 album Another Green World, and it's not the only time he's been involved in a soundtrack: IMDb lists him as involved in 242 in all, though many of those are as co-writer of David Bowie's "Heroes".

The Music for Airports composer has also written music for hospitals, as the Independent reported, and even more unusually he was enlisted to write the startup music for Windows 95. "The piece of music should be inspirational, sexy, driving, provocative, nostalgic, sentimental," Eno told Radio 4's Museum of Curiosity of the brief, "and then at the bottom it said, 'And not more than 3.8 seconds long.'" 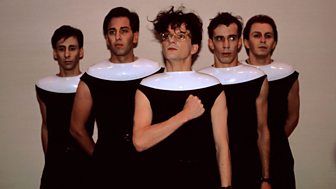 Mark Mothersbaugh is singer, songwriter and multi-instrumentalist with new wave art punks DEVO, formed in 1973 in Ohio and currently on hiatus. He also wrote the theme song to the wildly successful Nickelodeon kids' TV show Rugrats, which ran for a total of 172 episodes between 1991 and 2003.

Some musicians like to keep their 'serious' work separate from their more commercial work, which in Mothersbaugh's case also includes many of the films of Wes Anderson and some other lesser-known children's TV shows. But the DEVO man is no diva. When Rolling Stone called him at his Los Angeles studio in 2017 to interview him about a 40 year retrospective of his work, the journalist noticed that Mothersbaugh was using the theme from Rugrats as his hold music. 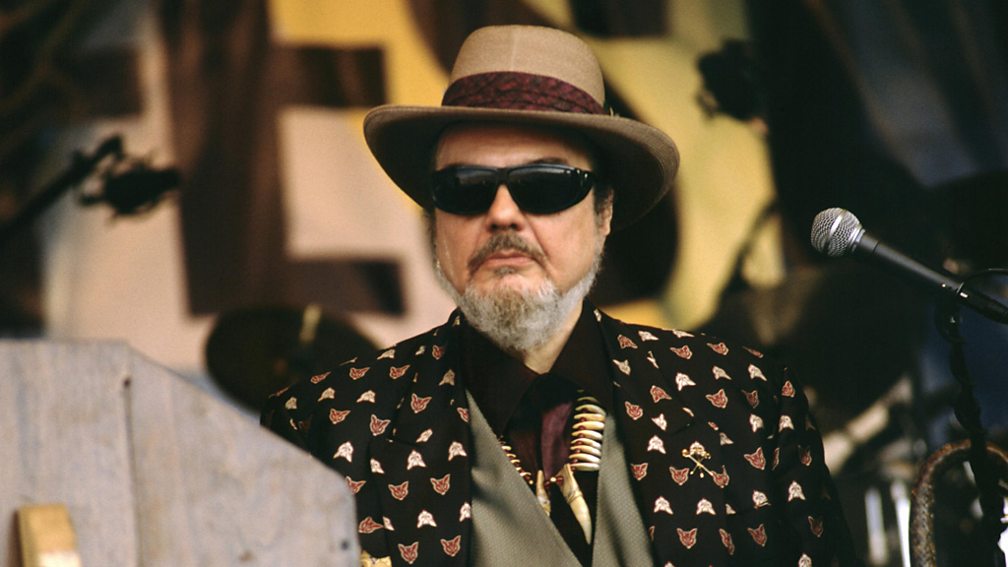 1990's US sitcom Blossom used to surprise audiences when the titular character would enter unusual dream sequences with incongruous celebrities such as Little Richard, Alf, Phil Donahue and Estelle Getty from the Golden Girls. But perhaps the biggest surprise of all was that the theme to Blossom, the song My Opinionation, was performed by Dr. John.

As a six-time Grammy winner and New Orleans blues legend with a 50 year recording career under his belt, it's probably fair to say performing the Mike Post-penned theme song is not high on his list of monumental achievements, although it's a perfectly good track. Post also wrote the themes for Law & Order, The A-Team, NYPD Blue, L.A. Law, Quantum Leap, Magnum, P.I., and Hill Street Blues. 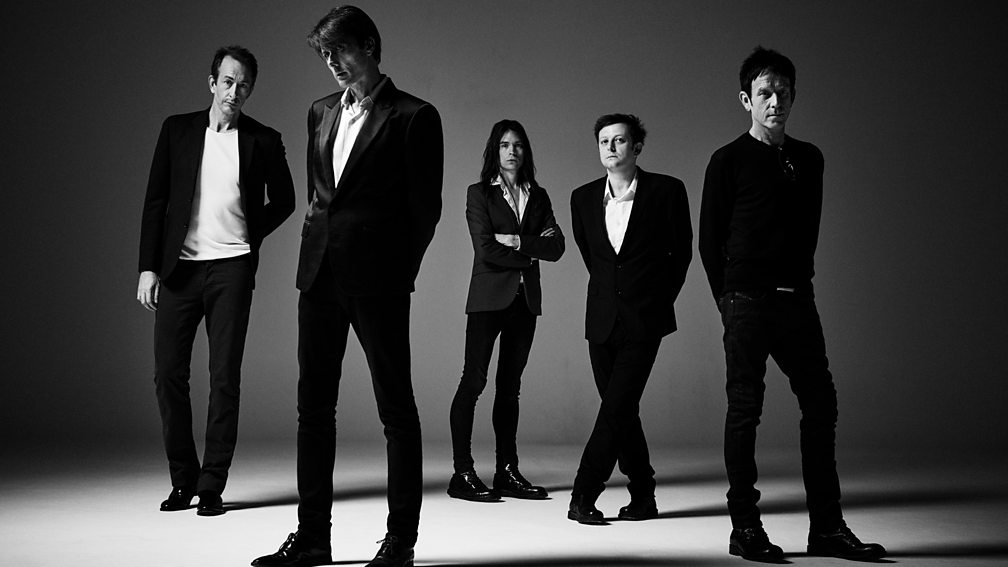 It may come as a surprise that the theme to the Jimmy Carr-hosted Channel 4 panel show 8 Out of 10 Cats was written by the bass player from Suede. Mat Osman, the famous one in the Osman family until his brother Richard accidentally became much more famous, took to penning tunes for TV when his band split up in 2003. Osman rejoined a reformed Suede in 2010, and the band have a new album, The Blue Hour, due in September - their third since the reformation - which has left no time for game shows. On the other hand, brother Richard has plenty of time for game shows. 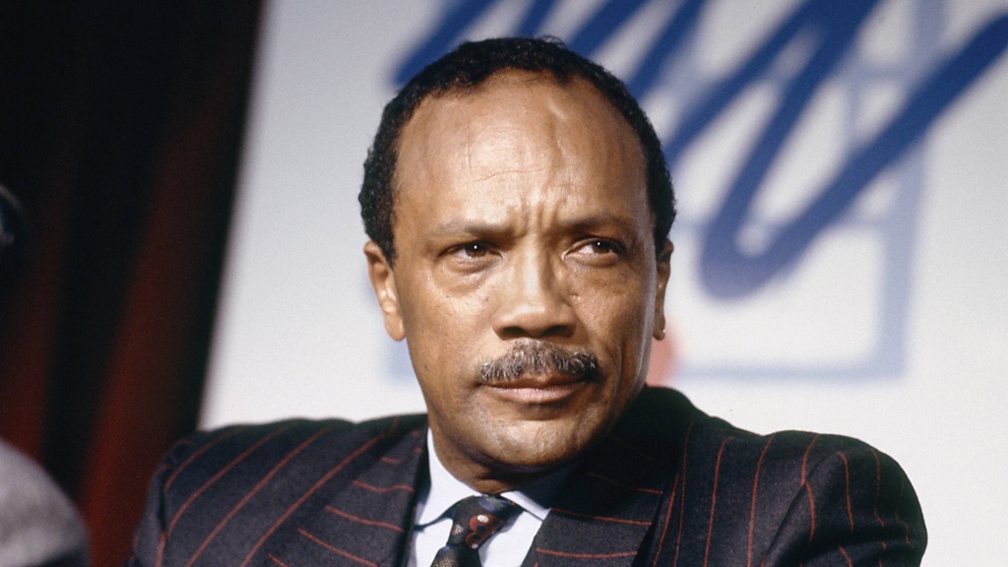 The funky, borderline psychedelic theme song from the very un-psychedelic TV series Ironside, about a wheelchair-using detective played by Raymond Burr, was written and performed by Quincy Jones. The irrepressible American soul and jazz legend's achievements include being the producer and co-writer of the best-selling album of all time - Michael Jackson's Thriller, although Eagles' Their Greatest Hits (1971–1975) recently overtook it in the US - and the recipient of a record 79 Grammy nominations, 27 of which he won.

Ironside, the track, appeared on the 1971 album Smackwater Jack and has been sampled over 100 times since, by artists including Drake, The Weeknd, Dr. Dre, M.I.A. and 2Pac.