In pictures: The 10 most stunning places to make music

Some of the best making-of-the-album stories are those where a wild, remote or inspiring location becomes a powerful inspiration on the music-making - The Rolling Stones at the Cote D'Azur mansion Villa Nellcôte for Exile on Main St.; Can at Schloss Nörvenich for Tago Mago; Killing Joke inside one of the Great Pyramids at Giza.

In those cases, the band brought their own recording equipment with them. For the less intrepid, the world has many ready-made, custom-built, luxurious studios in gorgeous locations to fire up creativity. Here are 10 of the most stunning... 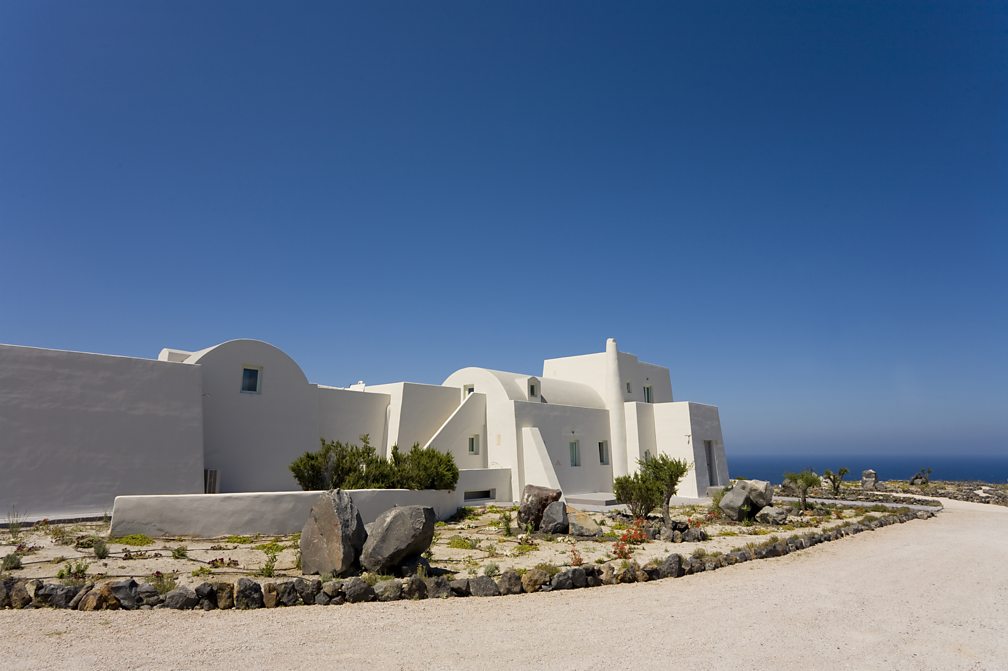 It doesn't get much more rock-star than this three-storey Cycladic villa, walls blazing white in the scorching Greek sun. Justin Bieber, Bring Me the Horizon, One Republic and Iron Maiden man Steve Harris are among those strong-minded enough to have actually got some work done at Black Rock - a world-class residential studio that also has a pool out back. 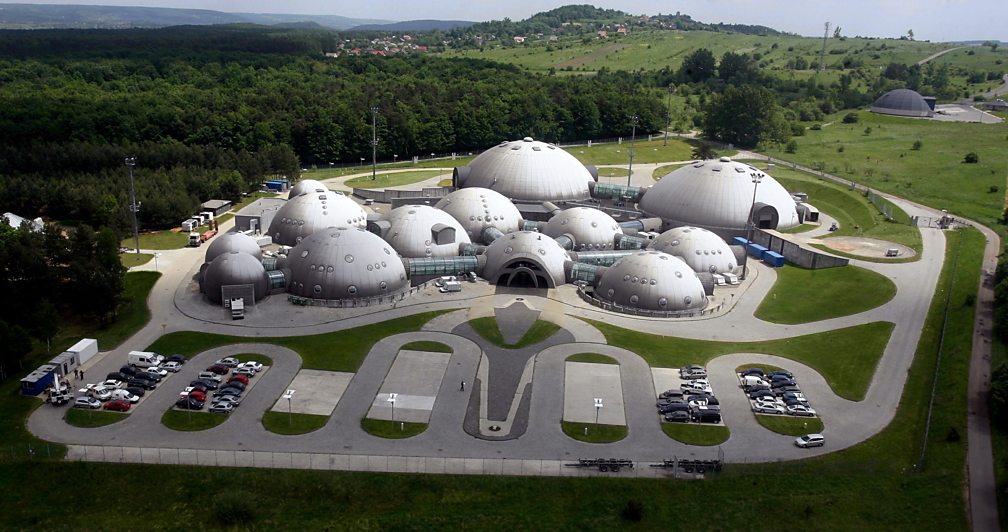 No, that's not a graphical representation of the inside of Matt Bellamy's brain - it's a film and music studio complex. Boasting the world's largest spherical bluescreen - imagine the music videos you could make with that kit - the studio was built by Polish media entrepreneur Stanisław Tyczyński, who also founded the first private radio station in Poland. Situated on the edge of Tenczynek Landscape Park, the studio has stunning views, but is also handily close to Krakow.

Imagine burning the midnight oil at a sound desk lit by the midnight sun. Sundlaugin is Icelandic for "swimming", and this site was in fact originally a 1930s lido (Icelanders do love their geothermally heated swimming pools). It was converted into a studio in 1999 by Sigur Rós, who recorded many of their own albums there. Damien Rice, Mugison and Dry the River have also recorded at Sundlaugin, lured by its ideal location on the outskirts of Reykjavík, close to the city's excellent nightlife, but looking out on to Iceland's gorgeous wilderness. 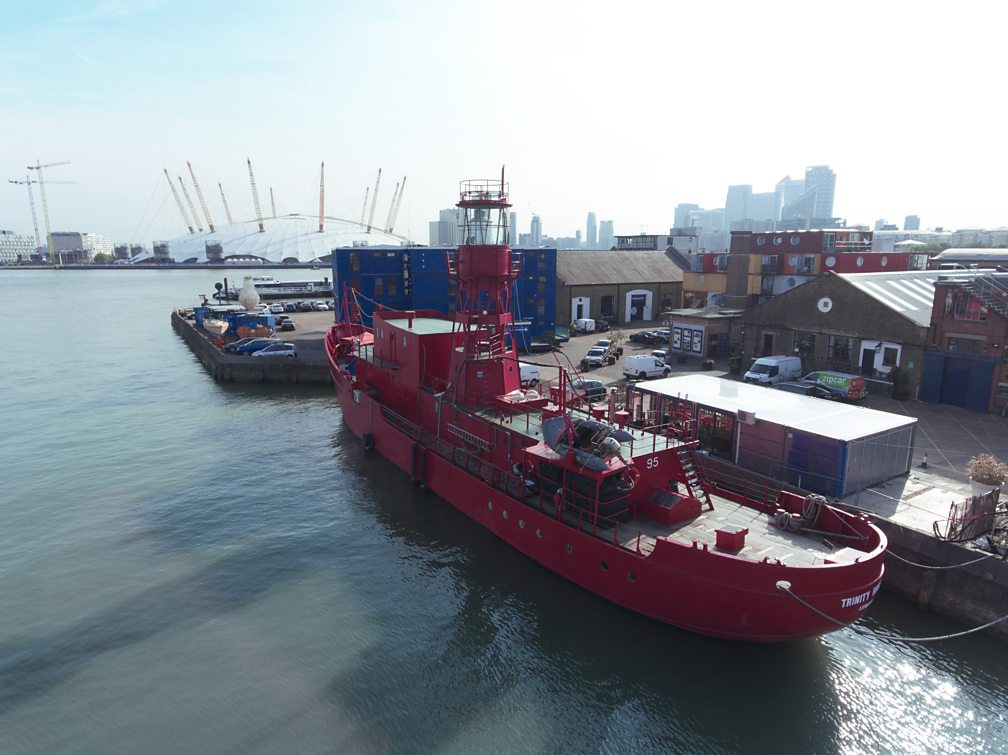 Sweet Thames, inspiration to many a poet. And indeed, what better musical muse could you find than the lapping of the tides on the hull of this converted lightship moored at Trinity Buoy Wharf, just over the river from the O2 Arena in east London (something to aim for while working)? Among those to have taken to the riverine wave to record here are Skepta, Wolf Alice and Slaves. 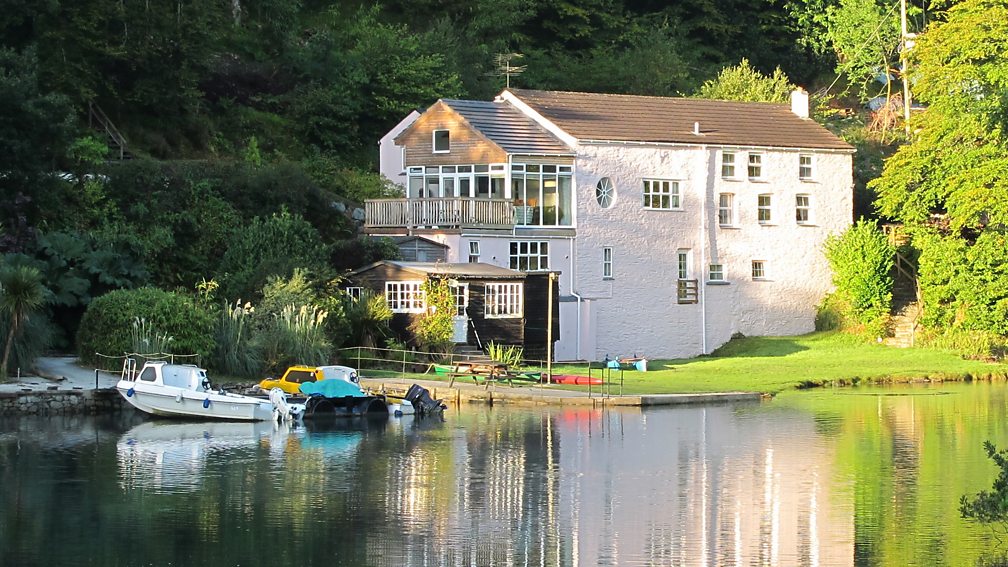 Cornwall is one of England’s most scenic corners (settle down, the Lake District, we said "one of") and Sawmills, nestled in next to a tidal creek close to where the river Fowey meets the sea, shows the county off to its most ravishing effect. It's so beautiful, so peaceful, that you'd never suspect it was the birthplace of Oasis's rollicking Definitely Maybe, not to mention albums by Muse, Robert Plant and The Verve. One of the UK's first residential studios, it was set up in 1974.

If you're looking for an autumnal Americana vibe, the place to be is Guilford. Not Guildford, Surrey, you understand, but Guilford, Vermont, a state best-known for maple syrup, Senator Bernie Sanders and lots of lovely trees. While recording, guests can stay in either an eco-building with a living roof (the whole studio was designed with sustainability in mind) or an 18th-century farmhouse, with breath-taking views of the woodlands of southern Vermont. They don't call it the green mountain state for nowt, y'know.

Former Orange Juice frontman and arch-wit Edwyn Collins moved his West Heath Yard studios from West Hamsptead to the Highlands two years ago. Built close to his house in Helsmdale, Sutherland, which has been in his family since 1820, Clashnarrow is a striking, circular, stilt-elevated and tall-windowed building that Collins hopes will attract more creative types to the area.

Built in the early 90s, this studio boasts an infrasonic system "capable of reproducing 9 Hz at 105 dB - a world first!". Impressive, no doubt, but easily matched by the surrounding landscape, close to the border with Botswana. Miriam Makeba, aka Mama Africa, recorded at Bop, and the Lion King soundtrack was produced there. Fun fact: from the air, the studio layout resembles a rhinoceros.

Part of a family of studios with facilities in Hollywood and on the island of St Barts in the West Indies, this converted church manages to stand out in a town packed with high-end recording facilities, from the beautiful Blackbird on Azalea Place to Jack White's colour-coordinated retro paradise Third Man Records. Among those to have soaked up Ocean Way's heavenly stained-glass ambience are Dolly Parton, Burt Bacharach and Beyoncé. 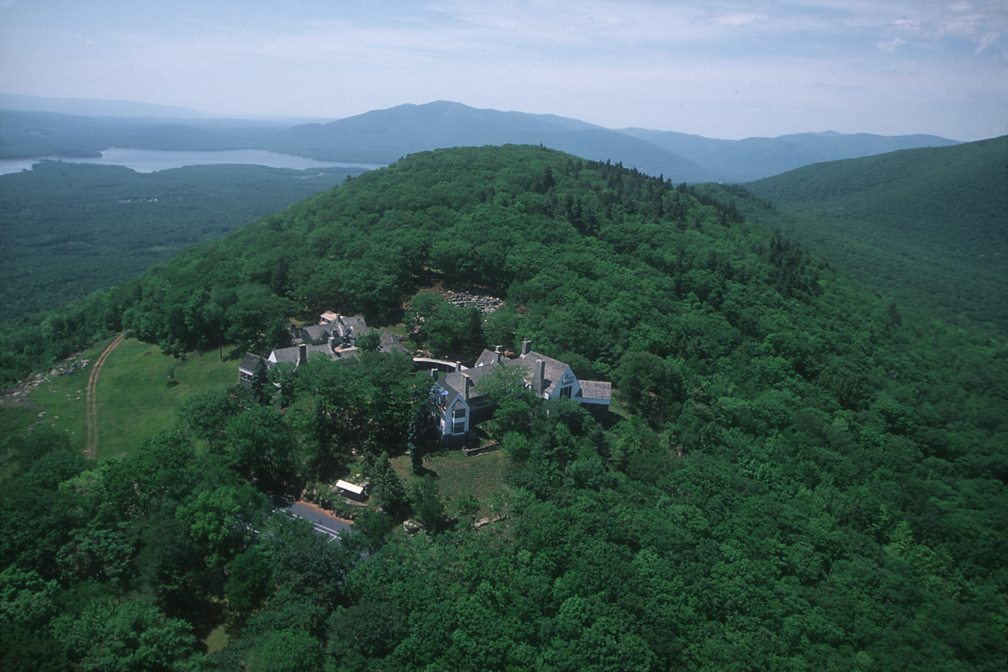 The Catskill mountains, in northern New York state, are traditionally a wilderness escape for the Big Apple's artistically inclined. So it makes sense that in 2001, photographer and musician Randall Wallace had the idea of opening a studio on top of one of the peaks. The amazing views from the Great Room, with its nine-metre-high floor-to-ceiling windows, proved a powerful inspiration for David Bowie's 2002 album Heathen. "I'm looking out at the deer and I don't believe this is happening to me, the serenity and the majesty of it," he told the Daily Beast. "How beautiful the world is. And it all started coming in and I was honing in on what it is I really had to say about my life. It was magical."