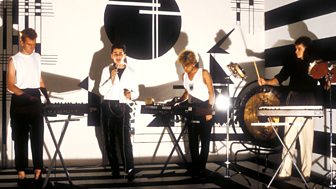 They've sold well over 100 million records (many more than, say, Oasis) and are one of the UK's most successful exports. Yet, 37 years after they formed, Depeche Mode remain something of an enigma in the country of their birth. Is frontman Dave Gahan as recognisable in Britain as Liam Gallagher? No, but he might well be in Germany, Eastern Europe, South America, and maybe the US.

For decades now, Depeche Mode have been the world's biggest synth band, defined as much by their fanatical global fanbase as they are by their music. They headlined the 6 Music Festival in Glasgow in March, and now BBC Four is giving over the evening of Friday 7 April to the close friends from Basildon, Essex. The evening begins with Depeche Mode at the BBC, then you can watch highlights of their 6 Music Festival set and Depeche Mode: 101, a documentary about their attempts to break America in 1989. Before that, here are a few classic tales from across their career...

1. Martin used to annoy Fletch by swapping his glasses with their producer's 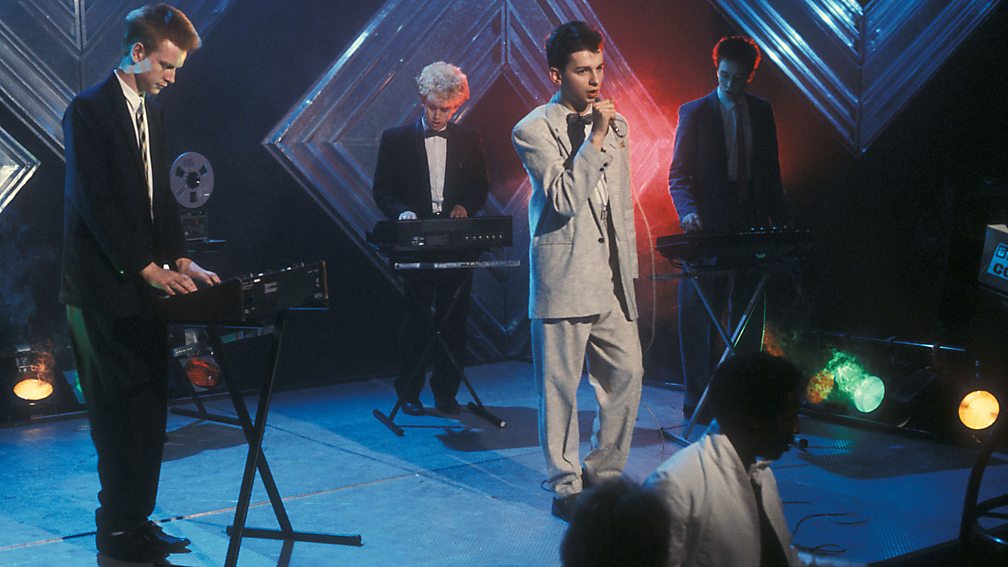 As we'll find out, Depeche Mode tales take a turn to the darker side in the 1990s, but in their early days their japes and humour were befitting of their age (the band formed as teenagers). In 1984, Martin Gore, who became the band's songwriter after Vince Clarke left in 1981, told Smash Hits that Andy Fletcher's glasses were almost identical to those of their then-producer Daniel Miller, boss of Mute records, leading to a trusted gag: "We swap them so when Fletcher puts them on he can't see a thing. He gets angrier every time." 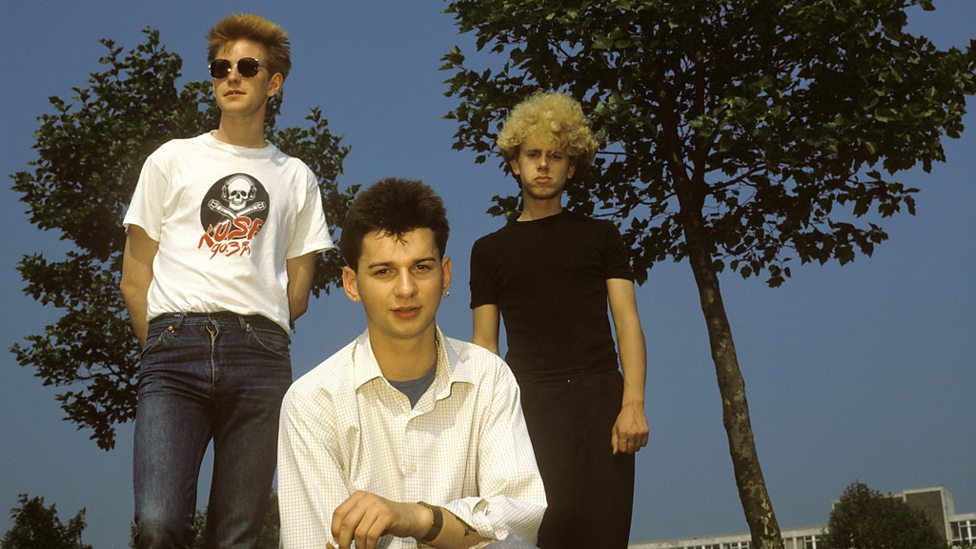 By 1984, Depeche Mode were already four years into their career. No one was more surprised that they were still a band, and becoming big news, than the accountant assigned to look after their affairs. In 2009, Fletch told The National: "We were a boy band, basically. We were kids. When we first started our accountant did a tax plan for us to last three years, and we've outlasted that by 10 times now. He was only going by what happens to most groups."

3. Fans in the US used to throw shoes at them 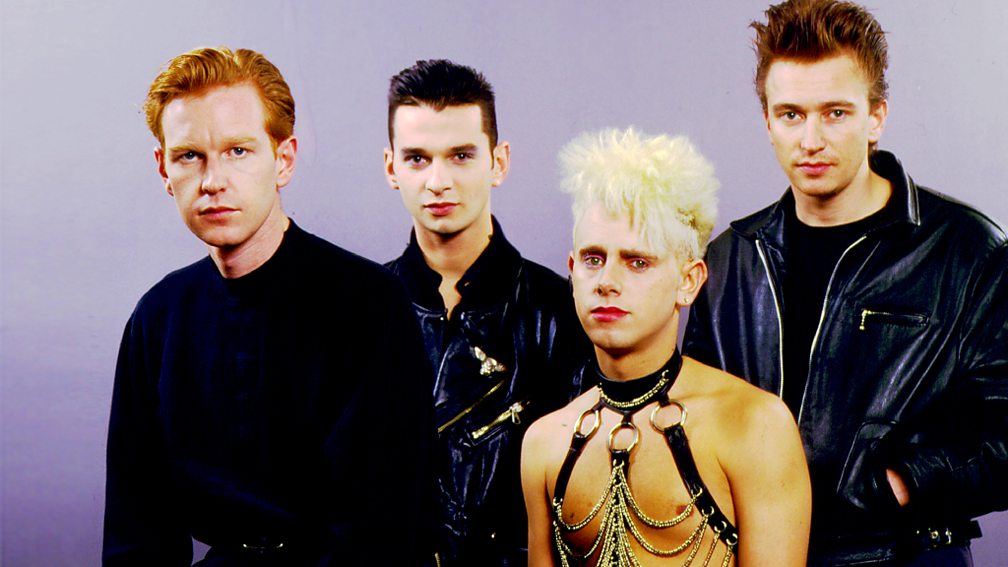 Depeche Mode famously travelled to their first Top of the Pops performance in 1981 on the train, carrying their synths. But intense fandom hit quick. By 1982, Fletch was telling New Sounds New Styles that, "Even when you make a lot of mistakes and think you've been terrible they [the fans] don't seem to care. They don't come up and say, 'Great gig,' anymore either. The music aspect has gone... All they want to do is watch you. We've become an event."

Soon after, fans began chucking things at them - including shoes for a period of time. "Yes, there was a phase," Dave told The Guardian in 2015. "I don't know what that was all about. I remember one particular gig in the early '90s with Jane's Addiction, where Perry Farrell caught a shoe smack in his f****** face."

4. The German music press continually made up stories about them

The 10th Depeche Mode single People Are People was used as the theme to West German TV's coverage of the 1984 Olympics and it broke the band in the country - giving them their first No.1 anywhere in the world. They became staples of German-language pop magazine Bravo, whose readers just couldn't get enough of their English idols. With limited access to the band, it's said that Bravo and its TV offshoot would simply make up stories about them.

"It's no good refusing to talk to them," said Fletch to an NME journalist who interviewed the band in West Germany in 1984, "they'll just go ahead and make it up anyway. The last time we refused an interview with them, they made up a story about Dave having to be carried off-stage at the end of every performance, taken to a separate dressing room and kept supplied with constant fluids. The time before that they said we hated everyone under 20, which made us very popular with their readership." 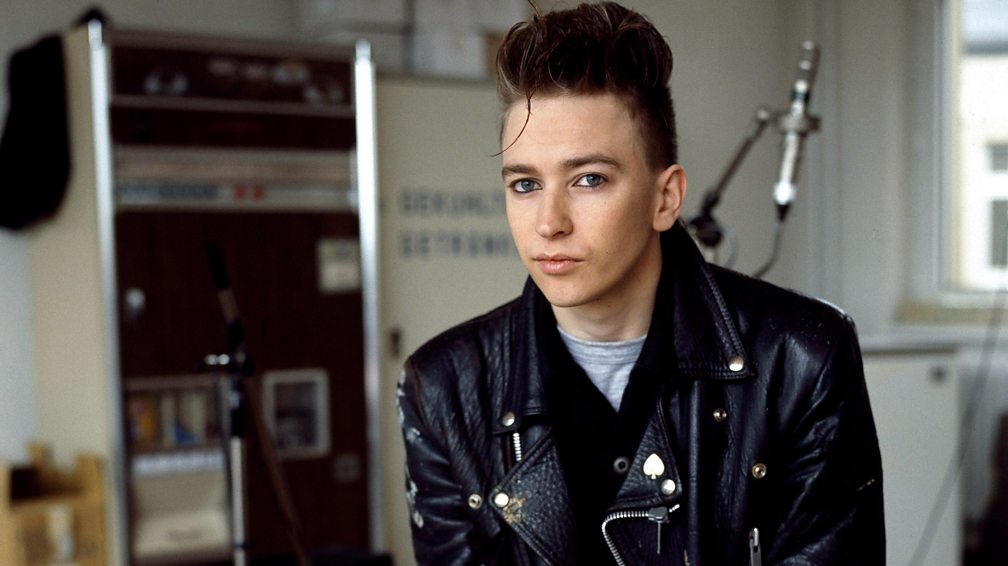 In 1982, after Vince left, keyboardist Alan Wilder answered an ad in Melody Maker and became a member of Depeche Mode and its de facto music director. Many years later - in 1994 - he narrowly escaped death in the most bizarre fashion. He was driving in Perthshire, Scotland when an RAF Tornado plane crashed into a hillside very near him, tragically killing the two airmen on board.

Recalling the incident, he said he had to "swerve off the road into a farm track" and he "witnessed an enormous explosion from which the smoke and debris almost engulfed me... I would surely have been killed or, worse, severely maimed, had I been 10 seconds further into my journey. The most incredible thing is the one in a billion chance of that happening and me being there at that particular time given all the circumstances."

6. They once frightened Primal Scream into sobriety

Seventh album Violater (1990) turned Depeche Mode into a global megaband, then they released Songs of Faith and Devotion in 1993 - their first No.1 in both the UK and US. The accompanying tour has gone down in legend. "I went to bed early once in 14 months on that tour - at Park West, outside Salt Lake City," Dave told Q in 1997.

For the final American leg, they asked Primal Scream - no slouches in the debauchery stakes - to support them. But even Primal Scream couldn't keep up with them. As Phil Sutcliffe wrote in Q: "Insiders allege the Scream were so shaken by Depeche Mode's level of excess that, thenceforth, they fervently foreswore sin… Behold, then, Depeche Mode: the band who frightened Primal Scream into temperance."

But it was not a happy time for the group. Suffering from stress and depression, Fletch temporarily left the band; Alan Wilder permanently resigned in 1995 after 13 years of service; Martin suffered seizures; and Dave's crippling addiction to hard drugs would lead to a near-fatal overdose.

7. Dave used to take naps in a coffin before performing 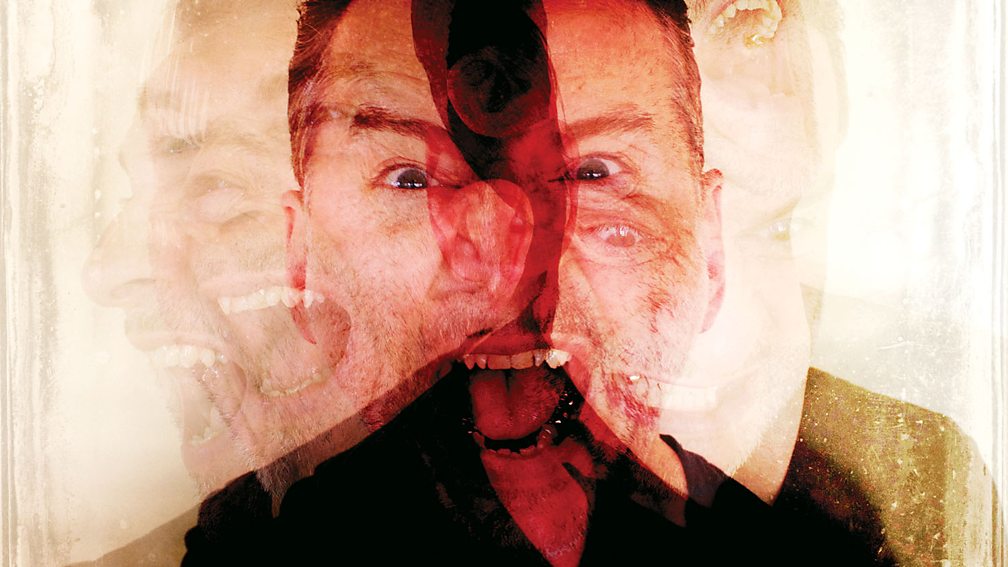 Dave had some kind of fixation with vampires around the time of the Devotional tour. British journalist Andrew Perry once claimed that he tried to "put a curse" on him by biting him on the neck - an incident Gahan can't recall but perfectly accepts might well be true. He certainly had an unusual bed at the time, telling Uncut in 2001: "I definitely could have been a vampire, in my own head. Even the bed I slept in in Los Angeles was in the shape of a coffin - a huge double bed shaped like a coffin! Ha ha! My whole life was Spinal Tap at that time."

And it's been reported that, as a macabre joke, an actual coffin was once delivered to Dave on tour in South America, and he'd have a snooze in it before gigs.

8. Their label once re-named the band Tea And Biscuits 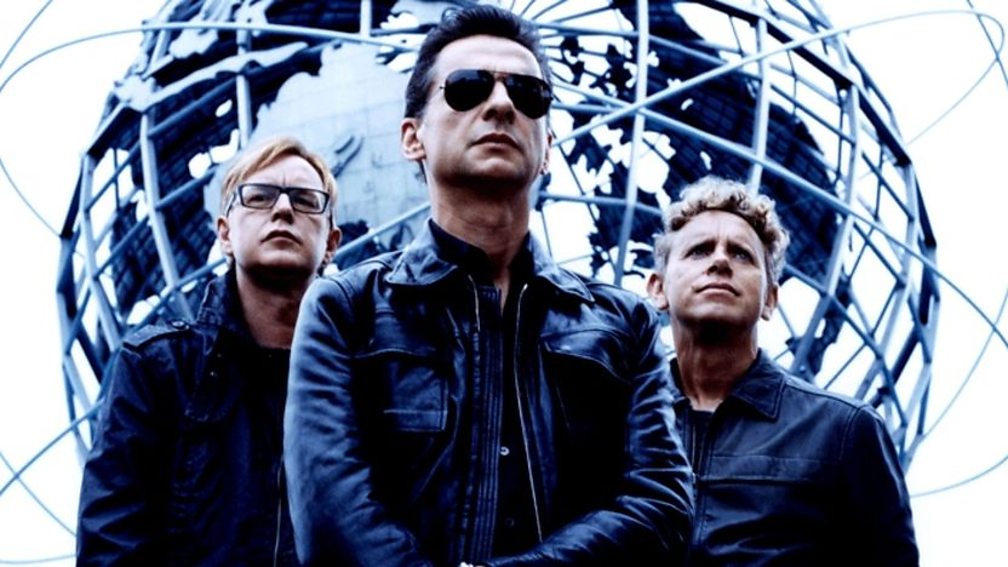 Depeche Mode albums regularly go straight to No.1 in around 15-25 countries across the world. To prevent leaks, Depeche Mode's label Mute used to send pre-release, promotional copies out to press and radio (an important part of the marketing process) with fake band names on the CD and sleeve. For 11th album Playing The Angel, in 2005, they were renamed Black Swarm; for its 2009 follow-up Sounds of the Universe they were were called Tea And Biscuits - a nod, perhaps, to the band's sobriety. Dave had long been clean by then, and Martin had also given up drinking.

March this year sees the release of Depeche Mode's 14th studio album Spirit, and last October Dave came into 6 Music to tell Matt Everitt about it. For 15 years now, Dave has been contributing songs to Depeche Mode albums, but Martin's still the songwriting boss.

Dave explained: "Martin has predominately been the songwriter of this band from day one. As he pointed out to me during the recording, 'You've only been doing this for 15 years.' I'm on the bench most of time; I get a few minutes here and there to play and it's okay. I'm lucky to be a part of that and Martin certainly shows up, I believe, as much for my songs as he does his own. It doesn't necessarily work the other way - if I have an idea about one of Martin's songs."