From pop star to vicar, and 9 other ways musicians have switched up their careers 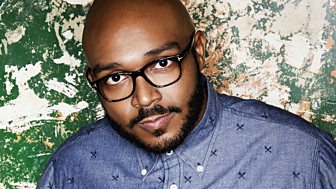 [LISTEN] BBC Radio 1 and 1Xtra Stories - Life After the Deal

It can be tough to give up the limelight, but pop stars are a hardy breed. In Life After the Deal (a special report for BBC Radio 1 and 1Xtra Stories) MistaJam investigates what happens to artists who find themselves without a record contract, just as they thought all of their hard work had paid off.

Everyone still knows who you are, and asks you when your next song is coming out, but you've still got to make ends meet and let your fans down gently.

Here's a selection of potential new career paths for the lost pop, rock and rap stars who need to find creative ways to pay the bills.

[LISTEN] BBC Radio 1 and 1Xtra Stories - Life After the Deal 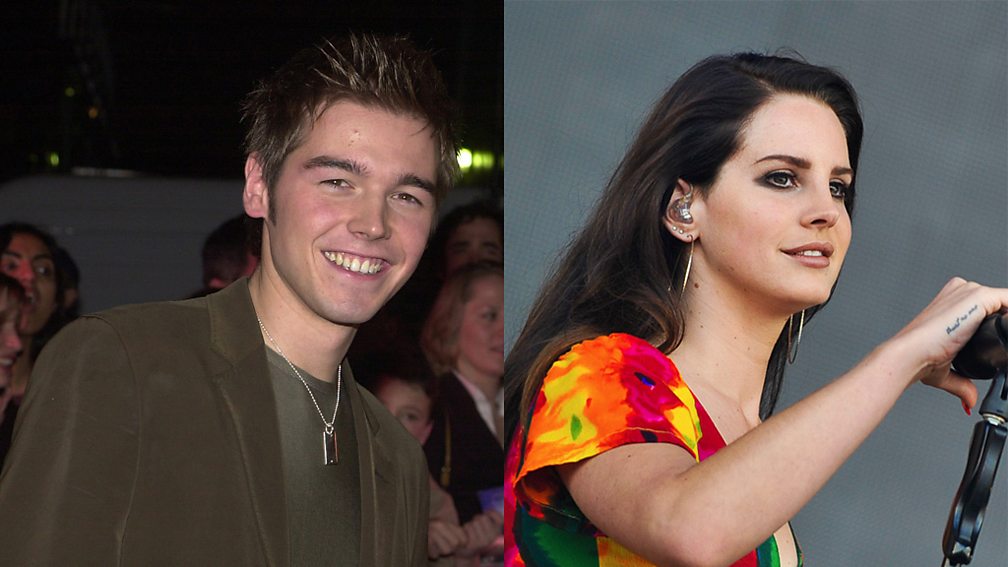 Once you've got the art of a fine middle eight down, it's tough to give it up, so plenty of singer-songwriters turn to providing material for other singers as a way to keep their hand in. Ezra Koenig of Vampire Weekend helped Beyoncé out with the chorus to Hold Up, Joel Pott, formerly of Athlete, co-wrote Budapest with George Ezra, and has helped London Grammar with some of their songs, too.

But perhaps the most interesting is David Sneddon (above), the first winner of the BBC's Fame Academy and the man who abandoned his pop career almost as soon as it started. As half of songwriting duo The Nexus he has written (or co-written) a sizeable amount of songs for Hurts (including the singles Illuminated and Blood, Tears & Gold), Matt Cardle, Lana Del Rey (National Anthem), Will Young, Nicole Scherzinger, Olly Murs, Pixie Lott, a-Ha's Morten Harket and Westlife's Shane Filan.

Writing a readable autobiography is one thing (although not everyone seems to be able do it well), but there are musicians who've turned their hand to writing literary fiction, and made a pretty decent fist of it. Louise Wener, formerly of Sleeper, is the author of five novels as well as one memoir of her Britpop years (as discussed with Steve Lamacq and Jo Whiley above).

Steve Earle, Morrissey and Nick Cave have both taken time out from their ongoing musical endeavours to write fiction, while The Decemberists' Colin Meloy co-wrote an entire trilogy of illustrated fantasy novels for young adults - the Wildwood trilogy - and a book of musical reminiscence based around The Replacements and their album Let It Be.

Leonard Cohen went the other way, of course. First a poet, then a novelist, then a singer.

This, as so many things in music often are, is partly Bob Dylan's fault. The success of his 2006 Theme Time Radio Hour convinced radio bosses that singers, who are used to addressing a huge audience in quite an intimate and personal way, make great radio presenters. It wasn't exactly an untested concept (hats should be doffed in Tom Robinson's direction), but Dylan's undoubted authority and knowledge gave listeners the impression they were on the insider tour around his inscrutable mind, plus (and this is key) they were really good fun to listen to.

That feeling of being guided through a VIP area by a beloved confidant is the ethos behind current radio shows from Jarvis Cocker, Cerys Matthews, Lauren Laverne, Guy Garvey, Iggy Pop, Gene Simmons (on the BBC), and Emma Bunton, Jason Donovan, Marvin Humes and Spandau Ballet's Tony Hadley (elsewhere).

4. Take to the West End stage

For a certain breed of pop performer, with years of practice at a stage school or performing arts club, for example, the jump from pop star to musical theatre star is barely a skip. Pixie Lott has done it, as you can hear from the clip above, appearing as Holly Golightly in a West End production of Breakfast at Tiffany's. So has Alexandra Burke, taking lead roles in both The Bodyguard and Sister Act.

In fact, Alexandra's fellow reality TV travellers have done rather well out of musicals. Darius Danesh appeared in Chicago, Gone with the Wind and Guys and Dolls; Gareth Gates appeared in Joseph and the Amazing Technicolor Dreamcoat, Les Miserables and Legally Blonde; and Rhydian Roberts turned up in the stage musical of The War of the Worlds, and touring companies performing We Will Rock You, Grease and The Rocky Horror Show.

There's something about reaching out and touching people's hearts through the healing power of music that lends itself well to ecclesiastical matters. Plenty of singers have turned to the church when their musical ministries have proven to be less than enlightening. Little Richard did that very thing in 1957, renouncing rock 'n' roll and enrolling in college to study theology (although he came back five years later). Reverend Run, of Run‐D.M.C., was ordained as a pentecostal minister, as was MC Hammer.

Megadeth's co-founder and bass player Dave Ellefson has trained to become a Lutheran pastor; Al Green abandoned his soul roots to become the pastor of the Full Gospel Tabernacle in Memphis in 1976; and Richard Coles, celebrity vicar and all-round good egg (interviewed above), first found fame as the keyboard player in The Communards.

Vanilla Ice made a great deal of money and lost his career in a very short time. This left him with a series of properties that he bought in a mad moment and never sold on. He quickly discovered that if he renovated them before selling, he could make a tidy profit, and once he ran out of his own houses to sell, he bought new, undervalued ones and kept on going, taking real estate courses along the way, and becoming quite the developer.

He's considered such an expert at it (or such an entertaining character for the cameras) he even has his own long-running reality TV show, called The Vanilla Ice Project, which is less Location, Location, Location and more Pimp My House.

Lily Allen had her boutique Lucy in Disguise, but you don't have to open your own high street shop to benefit from a life in the service industries. Debbie Smith, former guitarist in Britpoppers Echobelly, has supplemented the ups and downs of her music career with shifts in various Notting Hill record shops. While Sam Herlihy, one-time leader of well-liked post-rockers Hope of the States has opened a restaurant called Pidgin in Hackney.

In fact, plenty of musos continue to work in retail to supplement their income. Take Eva from Rolo Tomassi, who runs an online shop called Night of the Living Thread to sell her crafty creations, and may well continue to do so if the band should ever fail.

Chip (keeping it financially real, above) did it the hard way, starting a job at his local Sainsbury's after he'd started getting recognition, as he told the Guardian in 2009: "It was terrible, man, because my face was about already and people knew me. I was imagining myself in a Sainsbury's t-shirt having kids coming, like, 'Chipmunk, man, give us some more milk!'"

Here's a brilliant fact: David Lee Roth, super-showman lead singer with Van Halen is (or has been) a fully qualified paramedic in New York with, according to this interview with the Guardian, "over 200 911 calls on my ticket in the last six years alone".

Cindy Birdsong of The Supremes also turned to healing when her music career stalled, becoming a nurse at the UCLA Medical Center. And this career option could still be open to both Emeli Sandé and Jay Sean, as both of them studied medicine at university. Meanwhile, Terry Chimes is now more famous for being a licensed chiropractor who used to be the first drummer in The Clash than he was as the drummer in The Clash.

Oh, and in case you're wondering about this clip from Never Mind the Buzzcocks, he was indeed number two.

Ah, the rural idyll! Getting it together in the country (man) may have been an early-70s cliché, but many entertainers have indeed swapped Woodstock for livestock, as a way of getting their heads together away from showbusiness. Public Enemy's former DJ Terminator X is famously now an ostrich farmer (sadly, he doesn't sell "Terminator Eggs") and when R.E.M.'s drummer Bill Berry left the group to start his new country life, as if to underline a point, he bought a Georgia hay farm in a place that is actually called Farmington.

A similar impulse to put showbiz behind him led Abz Love, former singer with the pop band Five to take up farming in Carmarthenshire. He wasn't terribly good at it to start with, which lead his manager wife Vicky Fallon to pitch the TV show Country Strife: Abz on the Farm to BBC Two. Which was, of course, very popular, and brought him back into showbiz circles again. Bah!

Politics and music aren't the same thing, but there's a performative element to both that requires a certain amount of personal authority over an audience. This may be why so many former musicians - from Sonny Bono to Blur's Dave Rowntree to Screaming Lord Sutch - seek office. Some do very well at it. Peter Wishart, currently SNP Shadow Leader of the House in the House of Commons and the chair of the Scottish Affairs Select Committee, once played keyboards with Runrig. While Youssou N'Dour served time as tourism and culture minister in his native Senegal.

Then there's Peter Garrett, who led Australian band Midnight Oil before taking up political life and eventually serving as Australian Minister for Environmental Protection, Heritage and the Arts. Gilberto Gil - heard here talking to Cerys Matthews and touching on his years of exile from his native Brazil - seems to have had his cake and eaten it, having served as Brazil's Minister of Culture between 2004 and 2008 while still performing and releasing albums.