Alistair McGowan on Erik Satie, bohemian and composer of chill 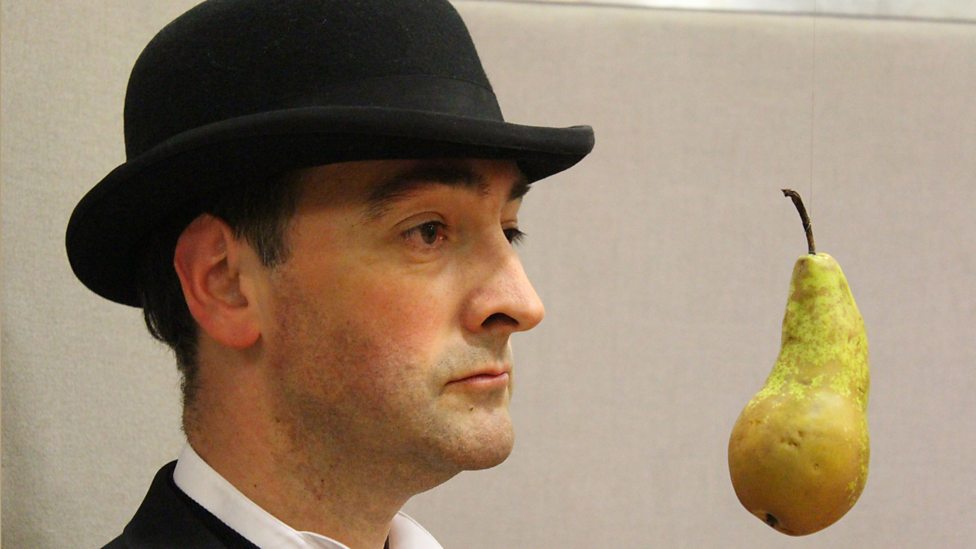 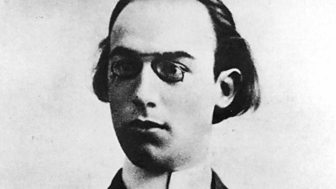 Even diehard fans have to admit that classical music history is lacking in laughs. The 19th century overflows with symphonic movements labelled "scherzo" (Italian for "joke") but most struggle to raise anything but the wintriest of smiles. Mozart may have written music of divine beauty, but in private he was obsessed with bum gags, while even Beethoven's closest friends admitted that the great man's sense of humour was something to be endured rather than enjoyed. And the less said about Joseph Haydn's over-hearty contributions to musical mirth - one of which is a string quartet whose punchline is that it apparently goes on for ever - the better.

Thank the gods of funny, then, for the French composer Erik Satie: surrealist, satirist, top-notch eccentric and a man whose output is joyously impossible to categorise. These days Satie, who was born exactly 150 years ago in 1866, is most famous for the Gymnopédie No.1 - a hypnotic piano waltz whose cool exterior hints at untold depths of grief. But this is also a man who founded his own religion (with himself as the only member), wrote a series of pieces called Furniture Music, and, upon hearing that the Paris Opéra had declined to stage his latest and most preposterous work, challenged its director to a duel. If anyone got the musical joke, it was surely Satie. 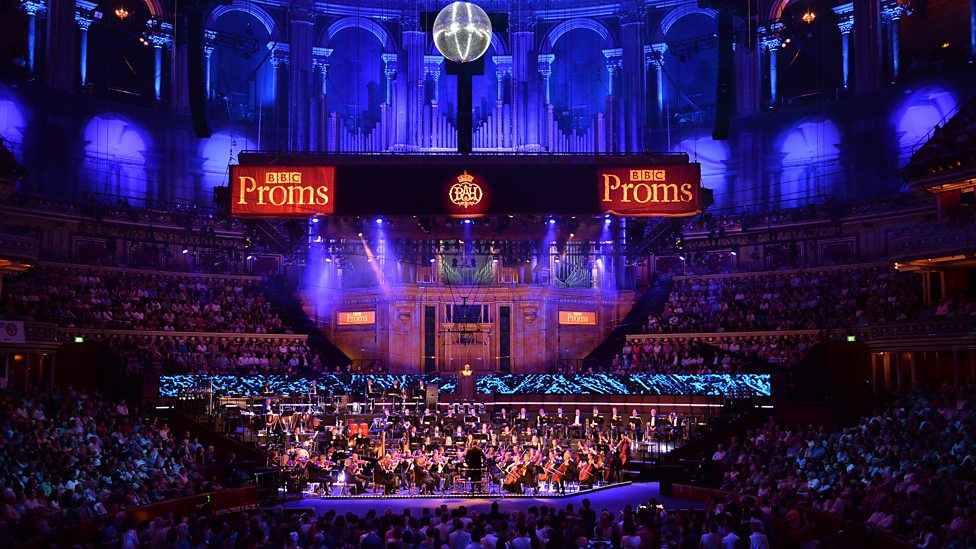 One man who certainly thinks so is actor and comic Alistair McGowan, who - as well knowing a thing or two about laughter - is a fully paid-up Satie obsessive. He has even taken to impersonating Satie in public, writing and performing an hour-long journey into his strange and sometimes unsettled world that is about to arrive at the Edinburgh fringe. Before that, he joins pianist Alexandre Tharaud for a special Proms event devoted to the composer [hear it below].

"He's just such an amazing figure, utterly extraordinary," says McGowan. "At times, you suspect there was more than a bit of genuine madness going on, but also such originality. I can’t think of anyone like him."

[LISTEN] Alistair McGowan talks about this fascination with Erik Satie

Like many people, McGowan first encountered Satie as a child, via the omnipresent Gymnopédie No.1, then came across him again in adulthood as he started to relearn the piano. "The main attraction was that it's quite easy to play," McGowan says, laughing - something the composer himself might have relished, having been once declared the laziest student at the Paris Conservatoire. Hooked on his music, McGowan boned up on biographies and began delving into the composer’s vast archive of letters.

"He knew everyone in Parisian society: Toulouse-Lautrec, Diaghilev, Stravinsky. He was hugely well-connected, but he was always slightly outside the scene. He'd drink absinthe with his fellow composer Debussy, then go home to his tiny apartment and live a rather monastic life. For the 27 years he lived there, it's said he never let anyone in the front door. There's sadness and desolation. But he did once write to someone asking which they preferred - music or ham."

Tales of the composer's flamboyant oddity have become legendary: the fact that he owned seven identical corduroy suits, one for each day of the week; the claim in his memoir that he only ever ate white food ("eggs, sugar, grated bones, the fat of dead animals, veal, salt, coconuts"). Satie's musical universe was equally singular - by turns droll, deadpan and plain weird. It encompasses piano music with proto-Dadaist titles like True Flabby Preludes and The Bureaucratic Sonata, as well as a ballet, Relâche (1924) - which, in an elaborate conceptual ruse, was debuted three days after its ostensible first night (the audience turned up to find the theatre shuttered). Despite his close relationship with Debussy, Satie was not above subjecting his friend's sometimes over-poetic titles to gentle ribbing: one work is called Things Seen Right, and Left, Without Glasses, while another instructs the pianist to "open your head" before performing the work.

He reminds me of Lady Gaga: that same punk sensibility
Alistair McGowan

Often it is unclear whether the joke is on the listeners, the performers or the composer himself. Or whether in fact, as McGowan points out, the whole thing is in deadly earnest: "Furniture Music, for instance. It was actually designed to mock background music in restaurants and bars - so it made a serious point, while simultaneously being not serious at all."

So isn’t it mildly ironic that the Gymnopédies in particular have become a staple of TV ads and lift music? "Yes, but then he might have enjoyed that. He reminds me of Lady Gaga somehow: that same punk sensibility, daring you to go along with him."

What is certain is that, while the concepts behind Satie's music might be funny, he was a genuine pioneer. "He was utterly ahead of his time. John Cage was a huge fan, and you can’t hear minimalists like Steve Reich or Arvo Pärt without hearing Satie. He instigated a new sound."

Certainly, after decades of neglect, Satie seems to be having his moment. Events to mark the 150th anniversary have been held everywhere from St George's Church in Bristol, courtesy of another Satie-o-holic, pianist Pascal Rogé, to Edinburgh Central Library. This July, McGowan himself was one of a team of 35 pianists at the Cheltenham music festival to collaborate in a once-in-a-lifetime performance of one of Satie's works. The piece itself only lasts three minutes, but the composer instructed it should be "repeated 840 times", meaning that it takes some 22 hours. Its title - naturally - is Vexations.

He reminds me of Lady Gaga: that same punk sensibility
Alistair McGowan 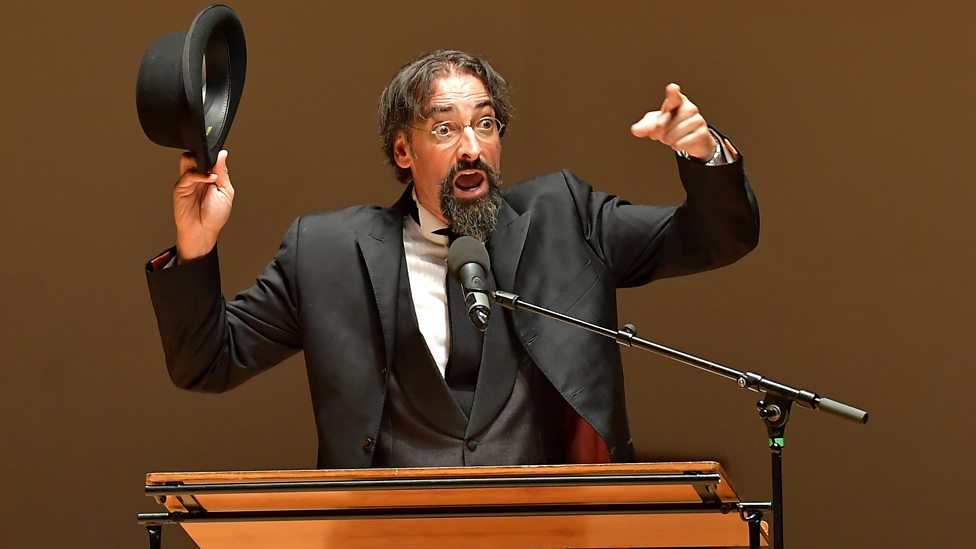