What happened to the female stars of Britpop?

The indie bands that came to dominate Britpop emerged from a healthy alternative culture that was politically involved, progressive in outlook and inclusive of female input, from the alien techno of Björk to the literate blues of PJ Harvey.

So it's a shame that now, 25 years after the formation of Elastica, that moment in popular culture is so often reduced to a boorish bunfight between blokes from the north (Oasis) and blokes from the south (Blur), or a testosterone-driven clash of classes.

It was all of those things and several more complicated stories too, and nowhere near as male-dominated as it appears in the retelling. Here are seven bands whose contribution should not be overlooked.

[LISTEN] Justine Frischmann: Why I dropped music for art

Elastica formed in mid-1992, when Justine Frischmann and Justin Welch decided they needed a group to reflect the interests of people like them. They made one album of sharp post-punk with lyrics confidently tackling erectile disfunction, scenesters and making out in cars, and it sold faster than any debut album since Definitely Maybe (a record it held for over 10 years).

There followed a messy period, with band members leaving and arriving and a scrappy second album The Menace in 2000, after which the band split up. Guitarist Donna Matthews continues to make music under her own name, and works as a Christian missionary to the homeless. Bass player Annie Holland still lives in Brighton, and keeps in touch with Justin, who has continued to work as a drummer, both as a teacher and with various bands - including a stint helping Suede in 2013 and with the reformed Lush in 2015. Earlier this year, the three of them appeared in a Facebook photo while remastering the band's debut album at Abbey Road.

After a short stint presenting BBC TV shows about architecture in 2003, and The South Bank Show in 2004, Justine moved to Colorado in 2005 to study art, and now works as an artist in San Francisco, working with the George Lawson Gallery. In 2012 some of her work was shortlisted for the UK's Marmite Prize for painting. She has stated she has no desire to make music any more, although when discussing the offer of a reunion show for her old friend M.I.A.'s Meltdown festival in London, Justine told the Sunday Times: “I was actually surprised I was even tempted. I’ve never felt tempted before.”

[LISTEN] Sonya Madan on getting the band back together

Even more than Elastica, Echobelly - a multiracial, multicultural and multigendered band - destroy the pernicious fib that Britpop was just a bunch of blokes with guitars and Beatle cuts singing about sunshine. Singer Sonya Madan moved to England from Delhi, aged two, while her musical partner, Glenn Johansson, came to London from Sweden, where he met Sonya in 1993.

They put a band together, including guitarist Debbie Smith, formerly of Curve, and released their debut album Everybody's Got One in 1994. Madonna was a fan, as was Morrissey. However, during the 1995/6 world tour for second album On, Sonya developed a serious thyroid problem, and the band bickered with their record label and bickered among themselves, losing founder members and grinding to a halt from 1997-2001. Debbie Smith, who left in 1998, is now a prominent London DJ, and has played with the indie supergroup Snowpony.

After two more albums there was another lull, and then, in 2009, Sonya and Glenn started performing acoustic sets as Calm of Zero. The reception was so affectionate they gave in to the inevitable and reformed Echobelly. They released an album, Anarchy and Alchemy, in May 2017.

[LISTEN] Louise Wener on her time in Sleeper

Louise Wener met Jon Stewart at Manchester University in 1987, resolving to form a band and do some gigs. But it wasn't until 1993 (after they'd abandoned the name Surrender Dorothy) and moved to Camden that they got signed, starting a run of hit singles that began with the immortal Inbetweener. Their band name also became synonymous with groups who have a star female singer at the front, and three slightly anonymous musicians behind, otherwise known as Sleeperblokes.

They decided to call it a day in 1998, after their third album Pleased to Meet You. Louise and Sleeper drummer Andy Maclure started a new project, even getting George Michael to sing harmonies on one of their (sadly unreleased) songs. But it came to nothing, and she started writing fiction instead, becoming a successful novelist and publishing her memoirs Different for Girls: My True-life Adventures in Pop in June 2010. She has also taught the art of writing novels. And in 2017, she rejoined the band onstage for the first Sleeper gigs in nearly 20 years, playing alongside fellow Britpop-era veterans The Bluetones, Dodgy and Space.

Inverting the Sleeperbloke lineup, Kenickie had three stars at the front and one slightly anonymous bloke (Lauren Laverne's brother Pete - known as Johnny X) at the back. They formed in 1994, a bunch of exceedingly sharp teenagers with a knack for buzzsaw pop melodies and bamboozling music journalists with their gang-sharpened wit. Courtney Love was a fan, Alan McGee tried to sign them to Creation Records, they released two albums and then split up in 1998.

Lauren Laverne's broadcasting career we know about, but her co-stars Marie Du Santiago and Emmy-Kate Montrose tried their luck with two singles as Rosita, before splitting. Marie (now Nixon) worked for the Arts Council as head of communications, and in 2012 became Chief Executive of the University of Sunderland Students' Union. She also continues to make music in The Cornshed Sisters. Emmy-Kate is also in education, lecturing in sociology at Goldsmiths. Johnny X became Pete X and then J Xaverre, carving a career as a producer and musician and working with Frankie & the Heartstrings. He is the third ex-Kenickie member in education, working at the North East Surrey College of Technology as a music technology teacher.

[LISTEN] Miki Berenyi on the return of Lush

While the band first came to prominence making gauzy indie rock as part of the early '90s shoegaze set, Lush's chart career was definitely a Britpop moment. Formed around the friendship between Miki Berenyi and Emma Anderson, the band shifted gear and started writing sharp, hard pop songs about the perils of modern dating, such as Hypocrite, Ladykillers and Single Girl. Having achieved American success and with a potentially bright future ahead, they split in 1996, after the death of drummer Chris Acland.

Emma formed a new group, Sing-Sing and released two albums, also working as a manager, PR, booking agent and accountant, while Miki forged a new career as a production editor in magazine publishing. The group reunited for a short time between 2015, releasing the EP Blind Spot and once again touring America, resolved to put their band past away again in 2016.

In a strange musical footnote, Lush were involved in the 2007 lawsuit between powerpoppers The Rubinoos and Avril Lavigne over her song Girlfriend. The Rubinoos claimed Avril had plagiarised their hit I Wanna Be Your Boyfriend, which Lush had covered, changing the gender round. This version, which contained the lyric "hey, you, I wanna be your girlfriend" was referred to in their legal papers. 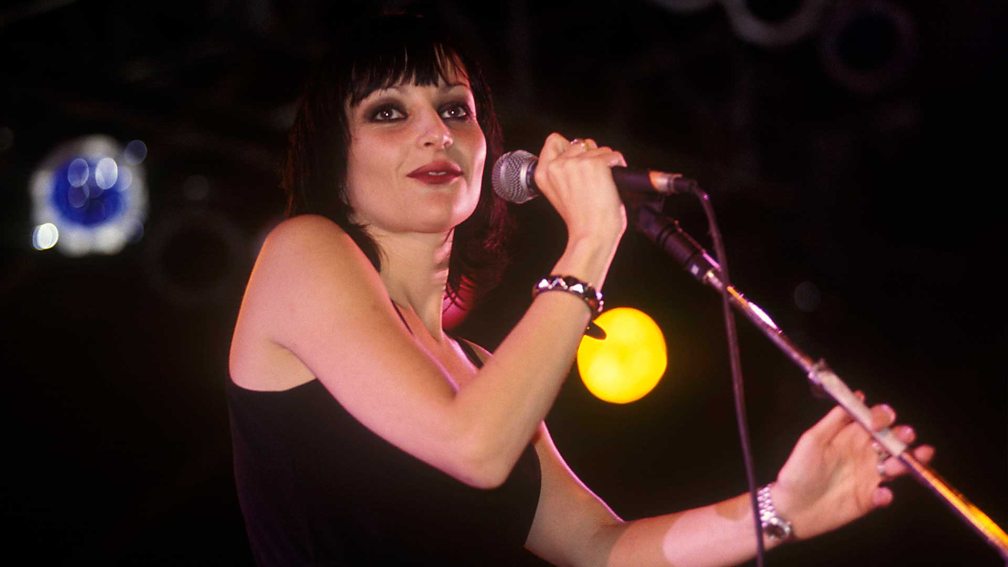 This is a story best told backwards, not so much a Where Are They Now? as a Who Were They Then? The fashion and textiles designer Pearl Lowe, celebrity mother of Daisy Lowe, was once in a band called Powder who released three singles, and appeared on the BBC's celebration of the musical moment, the TV special Britpop Now. They called a halt to their gigging activities in 1995 as Pearl became pregnant with Daisy's half-brother Alfie, and this took sufficient wind out of the band's sails that they called it a day the following year.

Pearl went on to front the band Lodger, and has released a solo album under her first name, riding a wave of attention that has never ebbed, including a brief spell as the face of Agent Provocateur. She was designing a signature range of curtains and cushions by 2001, then handmade dresses by 2006. In 2007 she released a harrowing memoir - All That Glitters - detailing her struggles with addiction, and has since taken on the role as ambassador for the charity Action on Addiction. 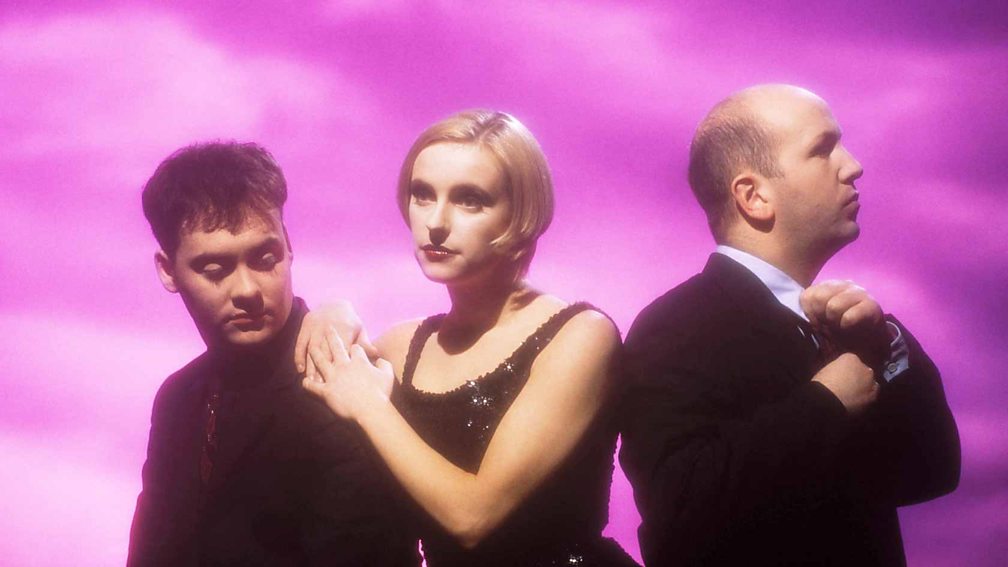 While Elastica, Sleeper and Lush were castigating faintly rubbish blokes and throwing their guitars around, Dubstar were channelling another indie tradition entirely - the English electropop band with guitars in. Sarah Blackwood joined the Newcastle-based band a year after they formed in 1992, lending her poised and reserved tones to the post-rave hits Stars and Not So Manic Now, and giving New Order a run for their money with the international hit album Disgraceful in 1995.

They split up in 2000. Sarah joined the band Technique on a tour with Depeche Mode, then went off with Kate Holmes to work in the duo Client. She has also sung with William Orbit, Pete Doherty, Gary Numan, Tim Burgess and Carl Barât, among many others.

The band have hinted a few times that new Dubstar material might be in the offing, and in 2010 they recorded a cover of I'm in Love with a German Film Star by The Passions for an Amnesty International project. In 2012 Dubstar reformed on stage to take part in a fundraising concert for Newcastle venue the Riverside.