It's commonly stated in songwriter circles that where there's a hit, there's a writ, but there's a similar, less-quotable maxim which is every bit as true: hits beget hits.

It's not uncommon for a popular musical breakthrough to be followed - maybe not immediately, but at some point - by something that is as sonically similar as possible without troubling copyright lawyers (if at all possible). And of course there are times when musical similarities are simply and innocently down to happy coincidence.

Here are 9 songs that seem to owe something of their musical DNA to trailblazing work by other artists.

1. Johnny B. Goode by Chuck Berry 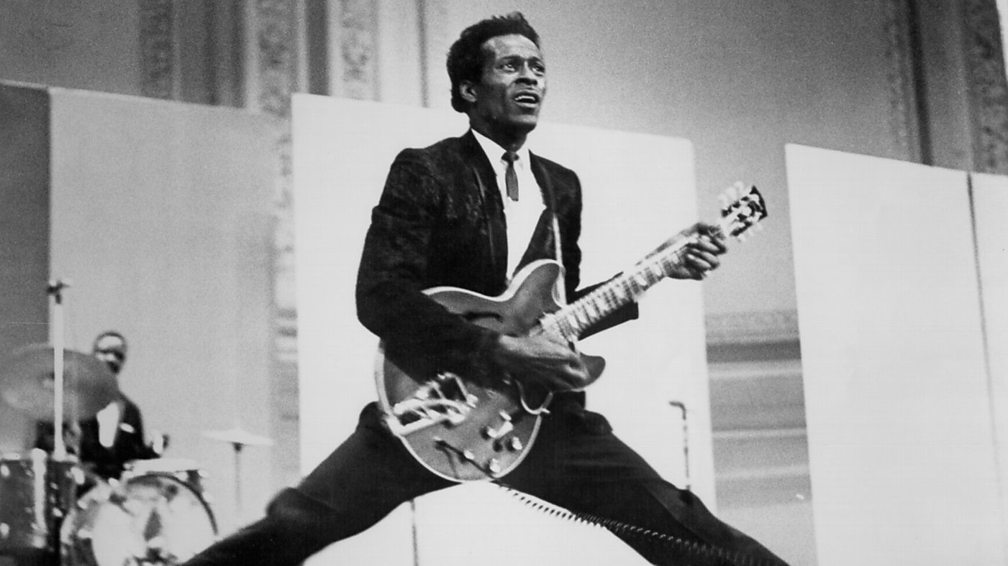 While the credit for the restless spirit of 1950s rock 'n' roll has been thoroughly earmarked as private property by Elvis Presley, Little Richard and others, it's Chuck Berry who deserves a pat on the back for taking the propulsive grooves of R&B and using them to write country-tinged teen dramas in immaculate verse. But it's his most iconic guitar lick that we're looking at here. Johnny B. Goode begins with a reveille, waking up a nation of would-be axe heroes, one that was largely inspired by a similar call to arms at the start of Louis Jordan's Ain't That Just Like a Woman from 1946. Jordan had the song's intro arranged both for solo guitar and big band brass, effectively forming a bridge between the swinging jitterbuggers of Glenn Miller's In the Mood and the rock 'n' roll hoppers and boppers of the next decade. 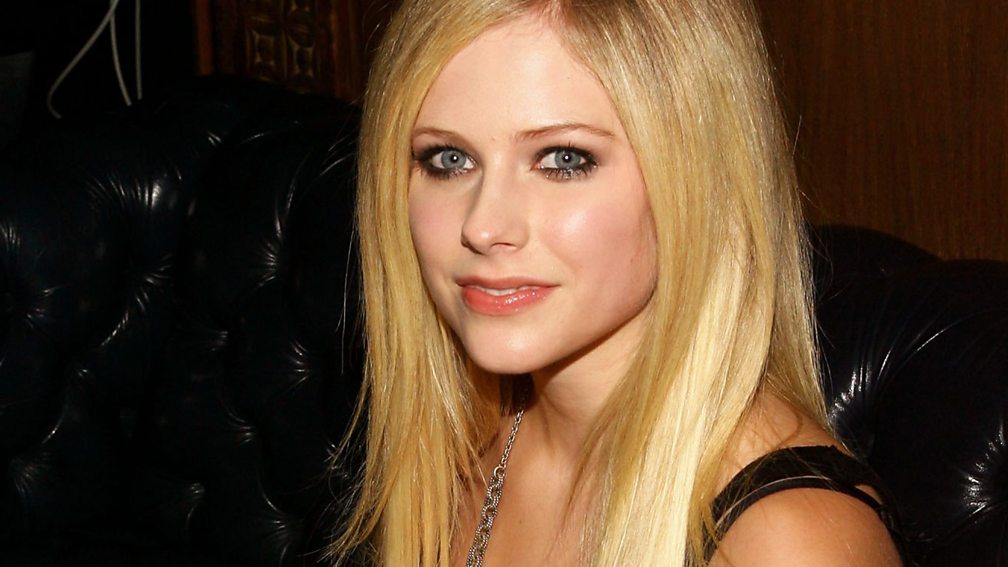 Avril Lavigne's peppy ode to stealing another girl's man may sound tailor-made for the modern age (literally, as its cheerleading chant could easily have been an inspiration for the middle bit in Taylor Swift's Shake It Off), but that chorus is derived from a more traditionally male source entirely. California power poppers The Rubinoos had a 1979 hit with I Wanna Be Your Boyfriend, which had a chorus that began with a similar echoed yell - "Hey! (hey!) You! (you!)" - as the one heard in Get Off My Cloud by The Rolling Stones. That chant, plus the following line about being a boyfriend, then found its way into the chorus of Avril's song. And then the band (The Rubinoos, not the Stones) filed a lawsuit which was settled out of court.

3. I Feel Fine by The Beatles 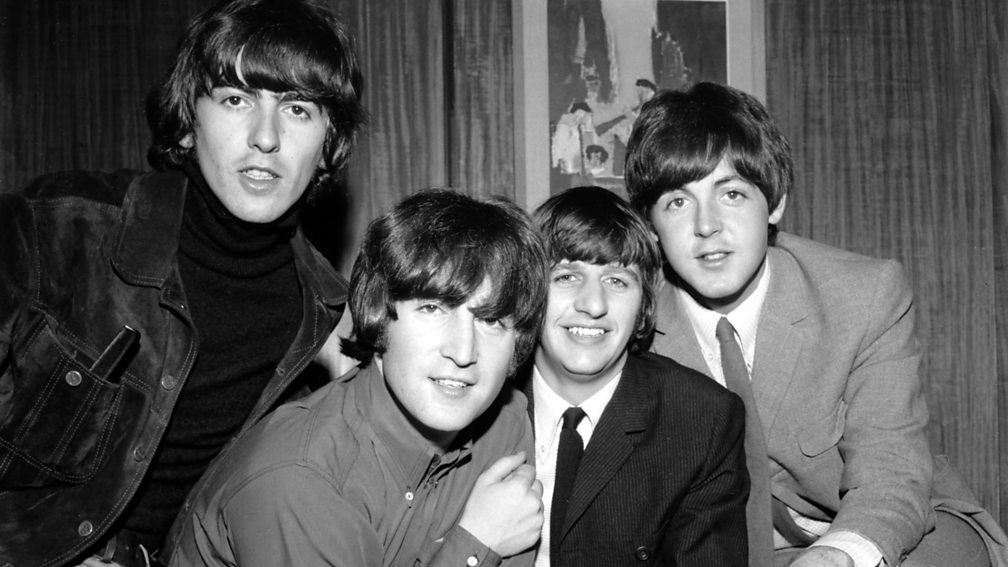 Some songs are so familiar, so integral to your musical memory map, that it becomes disorienting to hear the records the artist had in mind when they first went into the recording studio. Listening to Watch Your Step by Bobby Parker has the same effect on The Beatles' feedback-and-samba classic I Feel Fine. The riff is familiar, albeit less nimble, and that Latin drumbeat - inspired by What'd I Say by Ray Charles - is unmistakable. What's missing is John Lennon's regal voice and those moptop harmonies. Lennon himself was quick to point out where he took his inspiration from, and even kept a copy of Parker's 1961 original on his personal jukebox.

4. Last Nite by The Strokes 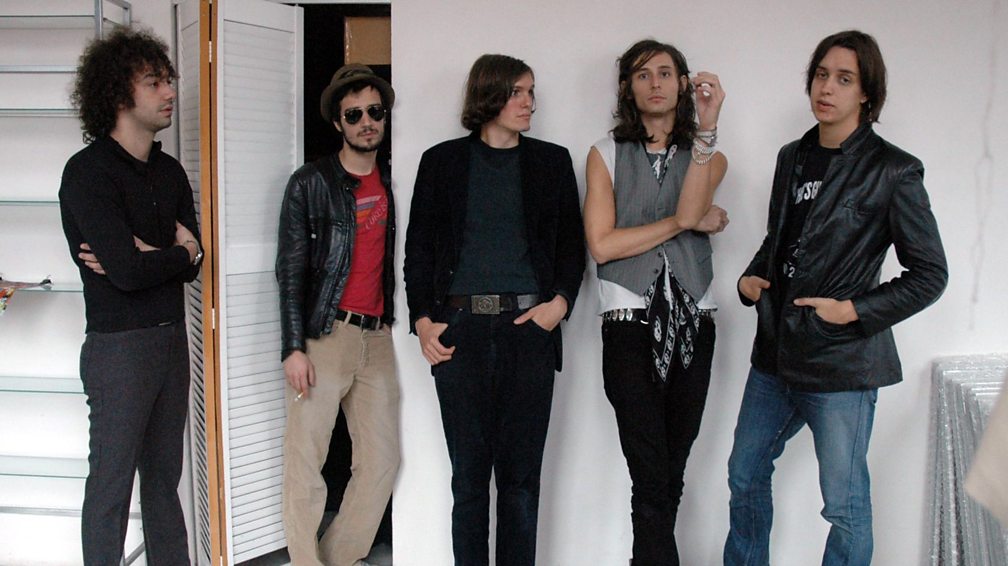 While you could argue there's a long tradition of bands adding frantically scrubbed guitars to a Supremes backbeat - from Iggy Pop's Lust for Life to Jet's Are You Gonna Be My Girl - The Strokes took their rock classicism a stage further on this song, by creating a chiming, single-note introduction that more than tipped a nod to American Girl by Tom Petty and the Heartbreakers. Always laid back about this sort of thing (to an extent, as Sam Smith found out over Stay With Me) Tom himself told Rolling Stone in 2006 that he was well aware of the 'tribute' but it didn't drag unduly at his attention: "The Strokes took American Girl – there was an interview that took place with them where they actually admitted it. That made me laugh out loud. I was like, 'OK, good for you'. It doesn't bother me."

5. Panic by The Smiths 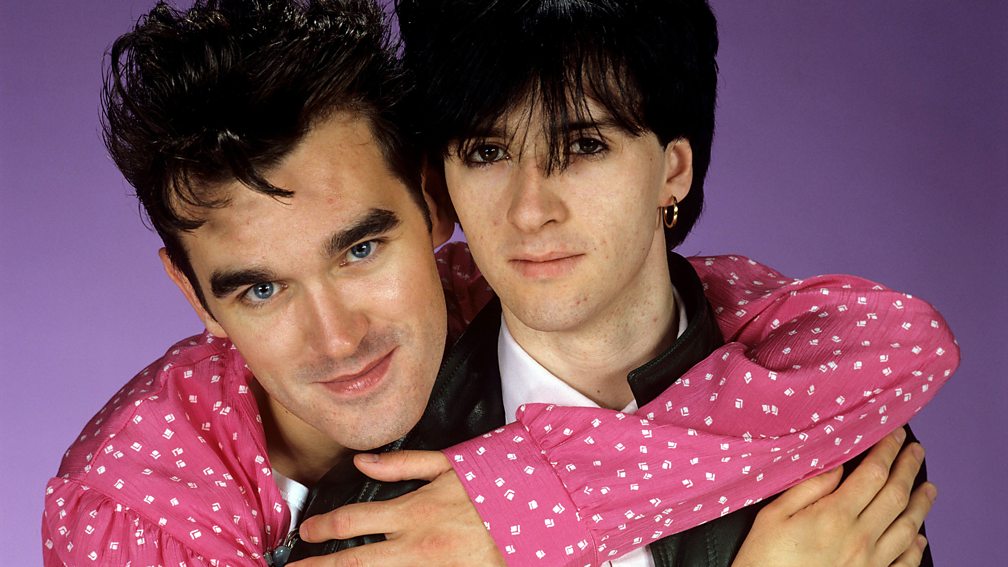 While Johnny Marr's gift for constructing a sequence of memorable chords is unrivalled, there's no doubting that he has, on occasion, taken direct inspiration from his musical heroes. By his own admission, Johnny wrote The Queen is Dead by taking I Can't Stand It by The Velvet Underground and adding Stooges-style wah-guitar to try and out-rock the MC5. And in the same spirit, Panic's inspiration is Metal Guru by T.Rex - a song both Morrissey and Marr were "obsessed" with - to which he adds... well... there's an instrumental middle-eight that's not on Marc Bolan's original, let's just say that. 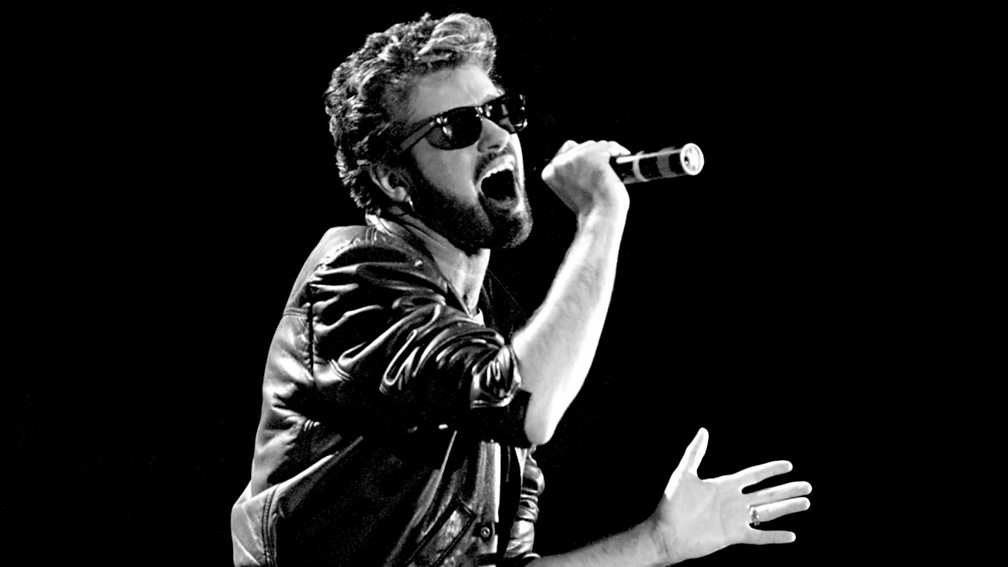 In the mid 1980s, British artists were looking to the past and future of music for inspiration, raiding the musical dressing up box for old soul, country, rockabilly and jazz ideas, while also making full use of these brand new synthesizer things that seemed to be everywhere. For his first solo album in 1987, George Michael was digging into early American rock 'n' roll, especially the iconic primal rhythm of Bo Diddley which has been similarly borrowed by everyone from The Rolling Stones to U2. But there's another influence at work on Faith, one born of the close attention George paid to the latest developments in indie rock. The rhythm and swagger may be all Diddley, but the dry immediacy of the sound and and sparseness of the instrumentation suggests a familiarity with The Cure's 1985 hit Close to Me. Granted George didn't bring in a full New Orleans jazz band at the end, or film a video trapped inside a wardrobe, but still. 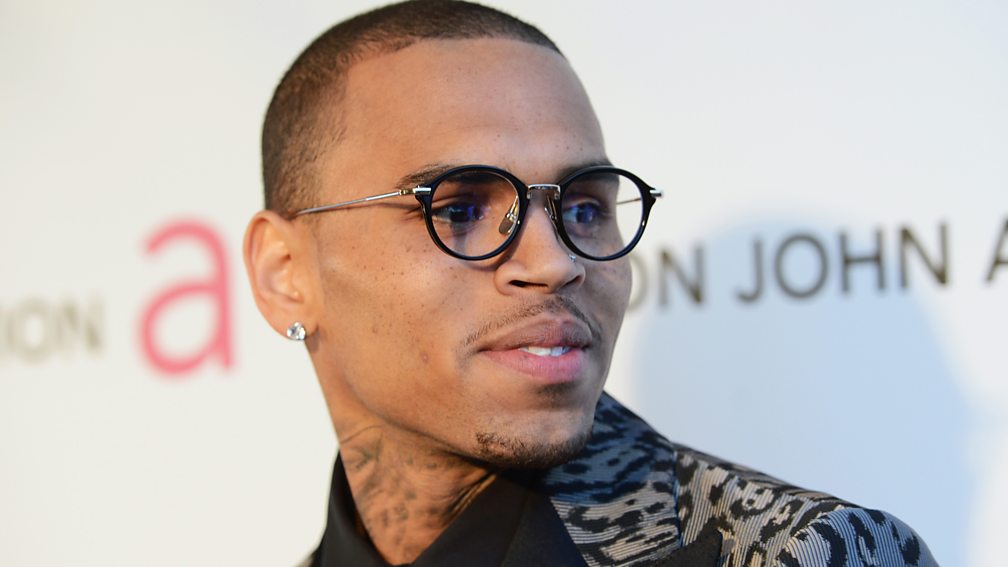 Calvin Harris might be a superstar playboy DJ now, but when he released I'm Not Alone in 2009 he was just a guy with a monolithic trance riff and an empty dancefloor to fill. Thankfully, that riff worked wonders, and he soon found his innovative idea was fast becoming a cliché among fellow dance producers. JLS used a remarkably similar refrain for their song Eyes Wide Shut, and then Chris Brown did too in 2010. Yeah 3x felt like a brasher, fresher retread, but not an outright sample, and it managed to irk Calvin tremendously. He tweeted: "Choked on my cornflakes when I heard new Chris Brown single this morning" and then, in retaliation to various Chris Brown fans telling him off, concluded, "I don't care that you call me a nobody. Stealing is still stealing, doesn't matter who you are!" 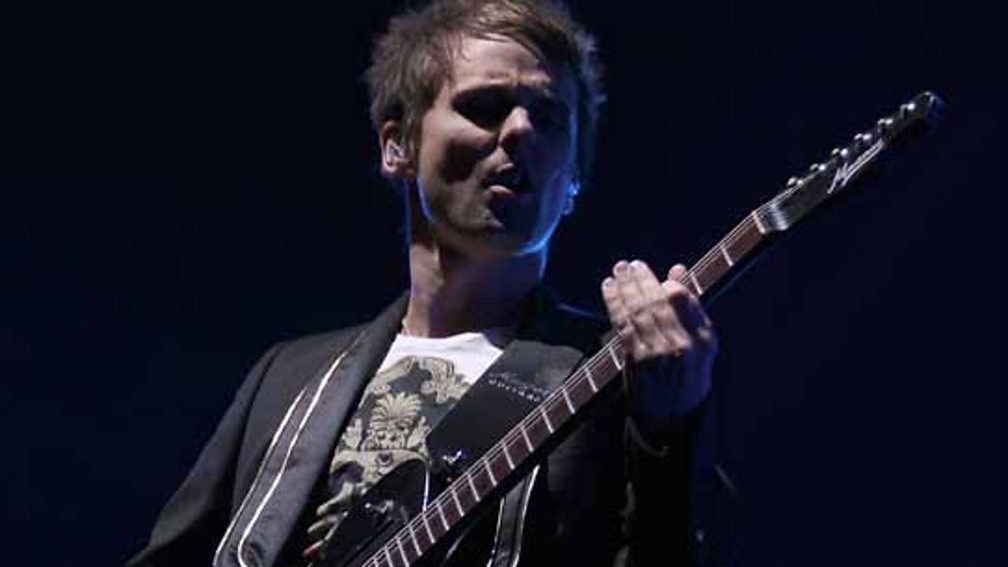 Whether by accident or design, Muse appear to have developed a bit of a thing about the Blondie song Call Me, using it as a musical touchstone in two of their best songs. There's an echo in the guitar stabs in Uprising, and indeed some of the song's melody. And you know that bit in Knights of Cydonia, after the cowboy bit, after the square-jawed space hero bit, and after the big Queen a capella bit, when it all kicks off into a giant stellar bouncy castle of moshing? That riff just there has more than a touch of the Debbie Harry, albeit viewed through the eyes of a colossal metal Pegasus sent to destroy the universe using conspiracy theories and fracking. 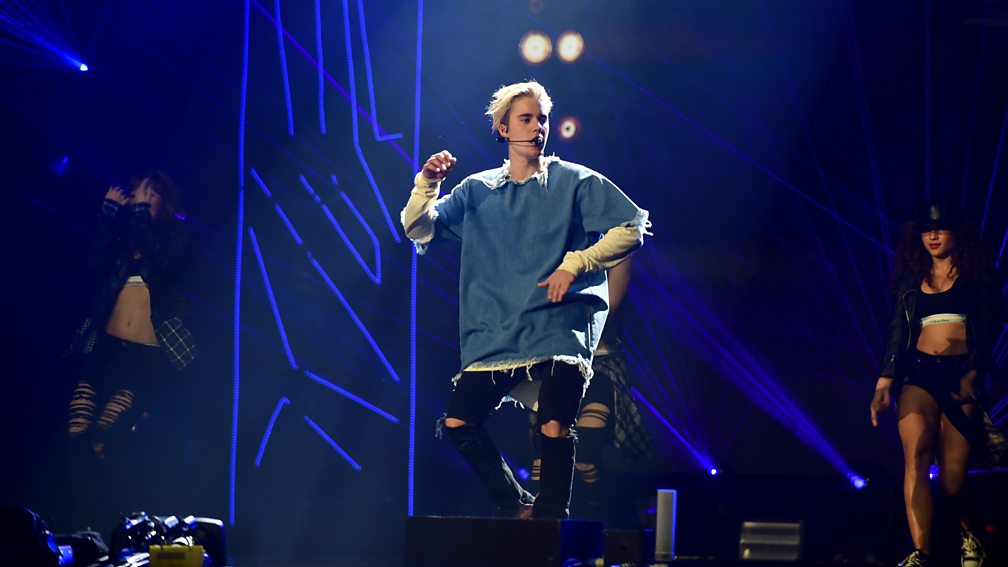 That oddly robotic vocal coo in Justin's ode to not really apologising properly (but expecting forgiveness nonetheless) is currently the topic of hot legal debate. Casey Dienel of indie rockers White Hinterland noticed that it strongly resembled a vocal hook from her song Ring the Bell. As part of a Facebook post explaining her decision to sue, Casey said: "Like most artists that sample music, Bieber could have licensed my song for use in 'Sorry'. But he chose not to contact me... I was left with no other option. I believe I have an obligation to stand up for my music and art."

Rebutting the claim, Sorry's producer Skrillex went on to provide this clip, illustrating how they made that loop from a vocal improvisation. So maybe inspiration, unlike lightning, can strike twice.