10 band names based on childish insults

There comes a point in every band's infancy when serious thought must be given to a name. Cue interminable discussions in the backs of tour buses and/or frantic rifling through William Burroughs's books.

Occasionally this time honoured approach is precluded by suggestions from elsewhere, and these suggestions may sometimes be less than complimentary - about the artist or group's sound, say, or personal appearance. But for some reason the name sticks.

The list below focusses on 10 who, to their credit, embraced those jibes and threw them right back out there.

Before Daft Punk broke through in 1995 with an electronic song, Da Funk, the group's members Thomas Bangalter and Guy-Manuel de Homem-Christo played in a Beach Boys-inspired, and more affably named, indie band Darlin'.

The short-lived three-piece (the other member was Laurent Brancowitz, who would later play in Phoenix) supported Stereolab on tour in the UK in the early-90s and were signed to their label, Duophonic. Two songs of theirs were included on a 1993 Duphonic compilation album, Shimmies in Super 8 - including Cindy, So Loud, which a Melody Maker critic described as "a daft punky thrash" in his review. The group were amused, and when Bangalter and de Homem-Christo split from Brancowitz to form an electronic music duo, they remembered the phrase. "We struggled so long to find [the name] Darlin', and this happened so quickly," de Homem-Christo once said.

A cursory look at any photo of the group Blondie should provide sufficient explanation for the origins of the band's name. The contrast of Debbie Harry's peroxided locks with the band's mostly dark mops is a significant part of the group's image.

It seems, however, that a New York wolf-whistler played an unlikely role in the baptism. As Debbie Harry told the New York Post: "Chris [Stein] and I tried out a few names. One was Angel and the Snake, but I wasn't sure it was easy to remember. One day, I was walking across Houston Street and someone yelled 'blondie!' at me. I thought, 'Jeez, that's quite easy to remember.'"

When the younger brothers of Jimmy Eat World guitarist Tom Linton had a minor feud in their youth, little could they have predicted its ramifications on rock music many years later. As frontman Jim Adkins, who is often incorrectly assumed to be the Jimmy in the band's name, told AZ Central in 2012: "The older brother, Jim, apparently won against Ed. This must have been when they were pretty young. Like, under eight. In an attempt to get back at him, Ed drew a picture of Jim and a globe in his mouth. He wrote the caption 'jimmy eat world' to insult him, saying he was so fat he could eat the world."

The name of the Oxford indie band Foals may seem redolent of purity and innocence, but according to a Soma FM interview with lead singer Yannis Philippakis, there was horse play at work in its creation:

Philippakis: "Our friend came up with it... We were all friends before we played music together and we used to prat around and get in trouble back home. So he described us like a bunch of foals, like stinky, smelly, and, you know..."

Antoine Domino was, in blues parlance, built for comfort, not for speed. Indeed, Fats Domino's first hit The Fat Man celebrated his girth with the opening line, "They call me the Fat Man because I weigh 200 pounds." The nickname itself had been coined by his road manager Billy Diamond, who, according to Fats' biographer Rick Coleman, announced at an early concert: "That's my boy, Fats Domino... I call him Fats, 'cause if he keeps eating, he's going to be just as big."

Though Domino was not unreasonably against the slur, he may have been happier with Diamond's other justification for the nickname - he felt that Domino's style was comparable to the great Fats Waller, another rotund purveyor of the stride piano, and one of Domino's heroes.

There are two main schools of thought behind this one, both alluding to lead singer Rivers Cuomo's childhood nickname. The first, according to NME, states that Cuomo suffered from asthma as a child and that 'wheezer' was therefore the name his school-friends bestowed upon him. The second states that Cuomo's father nicknamed Rivers 'Weezer' when he was a toddler after a character from the show The Little Rascals.

At any rate there is little doubt about when the name was adopted. Weezer was hastily mooted by Cuomo when the band landed a last-minute gig supporting Keanu Reeves's group Dogstar in 1992. Lacking any better suggestions, the name stuck. 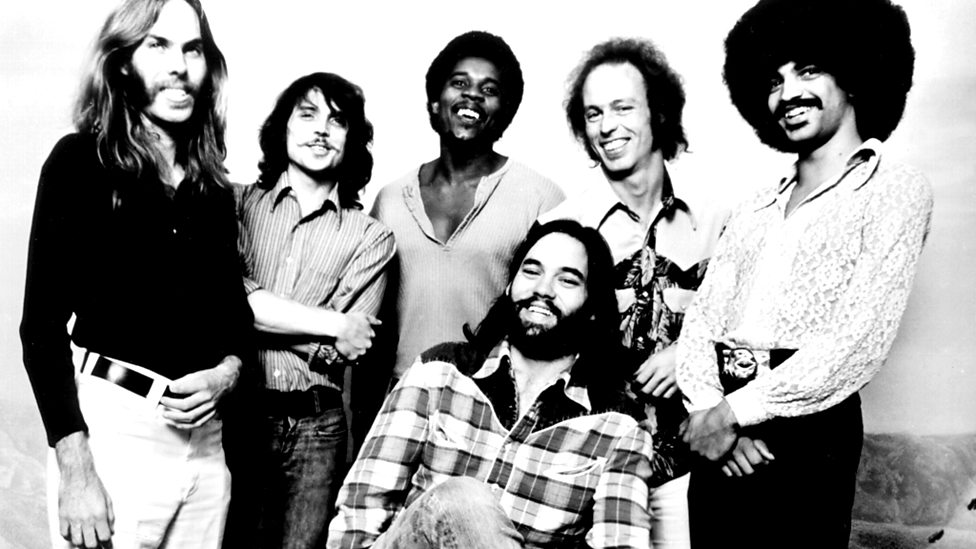 The whimsical funk of LA's Little Feat has always attracted praise from the highest quarters. Jimmy Page and Mick Jagger both named them as their favourite American band in the 70s and their live shows remain legendary among those who witnessed their sinuous, improvisational prime. Founded by slide player extraordinaire Lowell George, who died in 1979, the group left a sizeable footprint on the underground music scene of the mid-70s. And there is some irony in this, as the band's name implies. "Lowell George had unusually little, fat feet," the group's guitarist Paul Barrere explains on the band's site, "and Jimmy Carl Black of The Mothers happened to make mention of them to Lowell with an expletive. Lowell deleted the expletive and the name was born with Feat instead of Feet, just like The Beatles. Neat huh?" 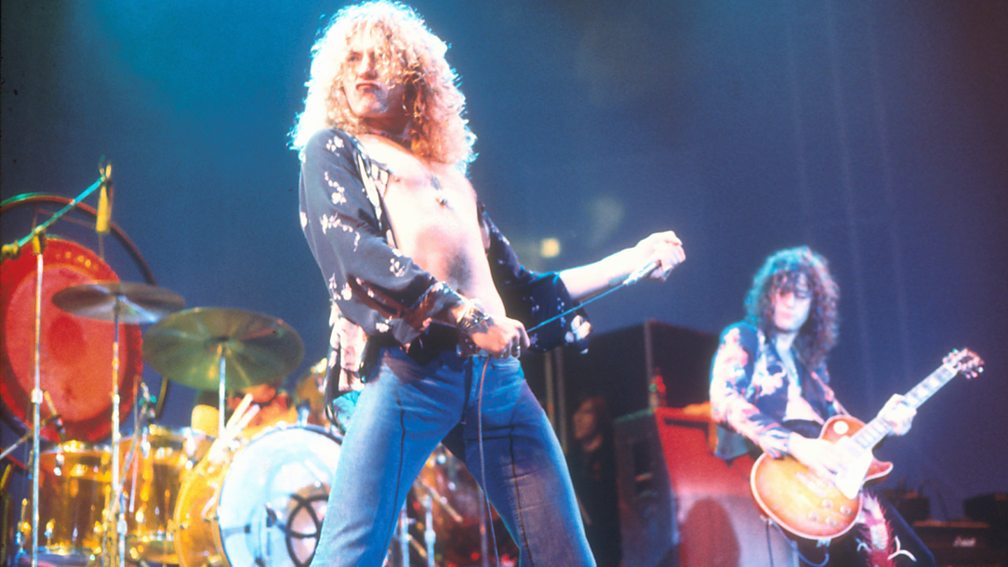 There is an ongoing disagreement as to who came up with the name Led Zeppelin - taken from the insult of 'going down like a lead zeppelin' - with two members of The Who, bassist John Entwistle and drummer Keith Moon, both taking the plaudits after playing with Jimmy Page, and others, on the sessions for the Jeff Beck instrumental Beck's Bolero in 1966.

Entwistle is quoted in Led Zeppelin: The Definitive Biography as saying: "The reasons behind it [the name] are quite simple. In those days it was a favourite line among British rock bands. 'How did you go?' one group asked another. 'Cor, we went down like a lead zeppelin,' they would reply. Not long afterwards, [The Who's] chauffeur Richard Cole went to work for Jimmy Page and [manager] Peter Grant and he must have told them the idea. But I was definitely the one who first thought of it."

That may be the case, but Page claims it was Moon who suggested the phrase as a band name: "After that session, Keith Moon was really fired up… and he said, 'We must get a band together - how about it?'... It didn't happen because we couldn't find the right vocalist. But Keith's name for the band, Led Zeppelin, stuck in my mind."

Vocalist and guitarist Scott Hutchison of the Scottish indie rockers Frightened Rabbit credits/blames his mum for this one, telling Spin: "I was incredibly shy as a child, almost chronically so. My parents would take me to their friends' houses and I'd be expected to play with their kids - I guess the idea was to socialise me - but I had no interest… So out of that, my mum called me her frightened rabbit. When I started to play with the other guys in the band, we didn't bother finding a new name." 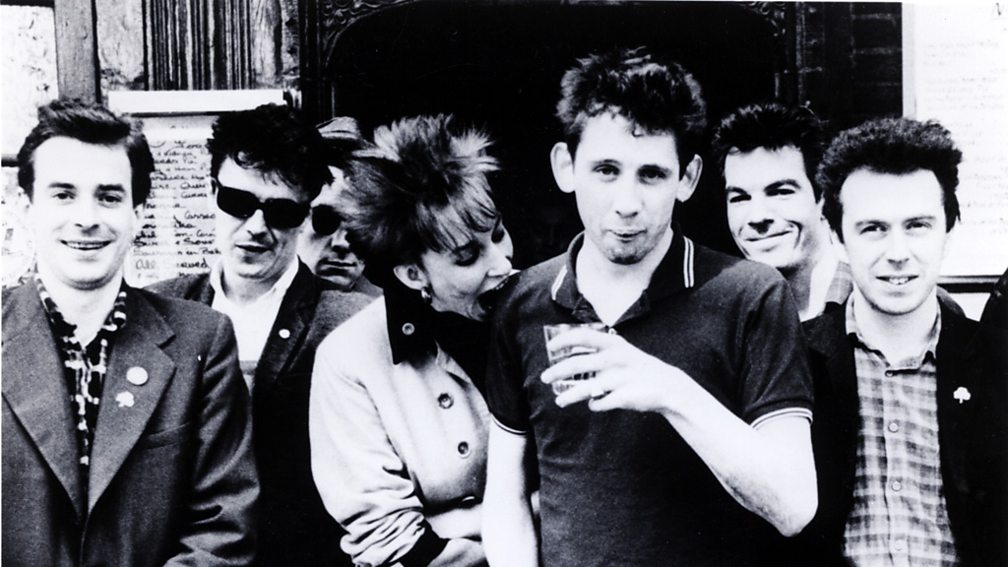 And finally here's a band who named themselves after an insult. Shane McGowan's purveyors of lyrical London Irish punk originally called themselves Pogue Mahone, an anglicised version of the Irish expression 'póg mo thóin' - 'kiss my a***. And as band member James Fearnley recalled in the Guardian, the saying was not that well received in some quarters: "In spring 1984, the DJs Richard Skinner, David Jensen and John Peel had been playing our debut single, The Dark Streets of London on their Radio 1 shows. Then Jensen's producer received a phone call from BBC Radio Scotland informing him that each time Jensen pronounced the name of our band - at the time, in full, Pogue Mahone - he was inadvertently telling Gaelic listeners to 'kiss my a***."

The rest is history: the BBC threatened a ban, the name was shortened to The Pogues and order was restored to the universe.