The best of Blur at the BBC

Time to cut down on your porklife again, mate – Blur are back, and this year marks 25 years since the Britpop legends' debut single, She’s So High. To celebrate, here’s a look back at just a few of the band's classic BBC moments. 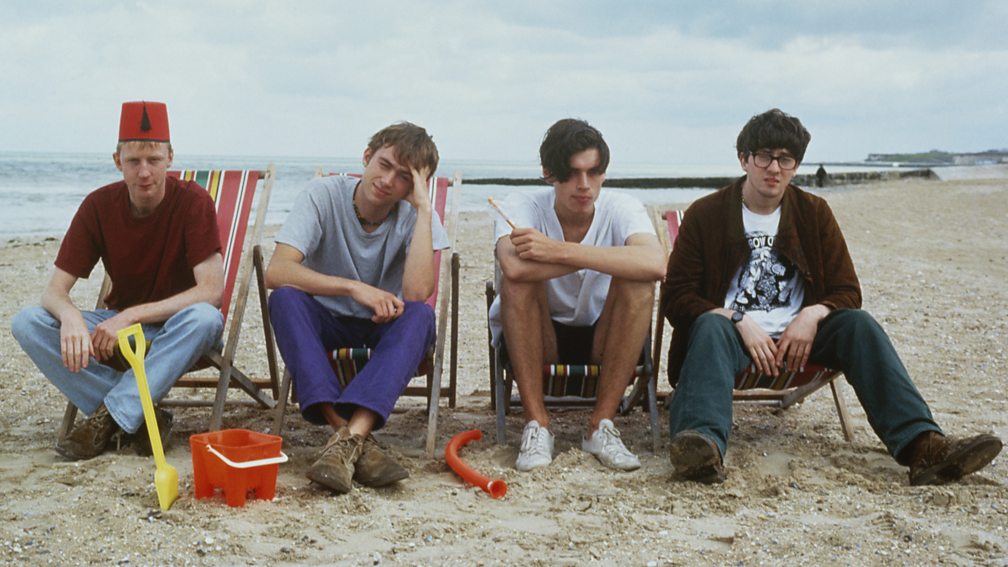 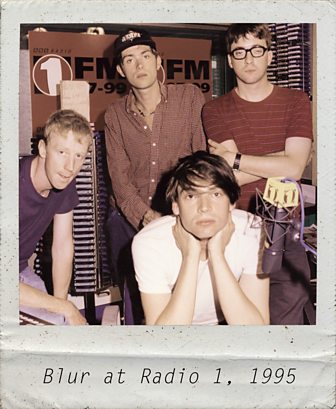 With a new entry at 20 for There’s No Other Way – the second single from their debut album, Leisure – the band make their first appearance on Top of The Pops in April, 1991, introduced by Nicky Campbell: “They are a four-letter word, they are… Blur!” The song peaks at Number 8 – a position they won't beat until 1994 with Girls And Boys from their breakthrough third album, Parklife.

2. The Battle of Britpop

August, 1995: Blur’s record label, Food, change the release date of Country House – the lead single from their fourth album, The Great Escape – to coincide with the release of Oasis’s Roll With It, creating the so-called Battle of Britpop, which the NME hype with a boxing bout-styled cover. The chart fight makes it onto News at 10, presented by a rather bemused-looking John Humphrys.

Blur are victorious, going to No.1 and playing a triumphant Top of The Pops appearance, introduced by Jarvis Cocker. To spite their rivals, Alex James wears an Oasis t-shirt, but Graham Coxon looks entirely bored, later saying that winning the battle was a “hollow, pointless victory”.

A brazenly confident Blur at the peak of their commercial success appear on Later... in November 1995, playing four songs from The Great Escape, including The Universal (shown here). The following April, the band play Top of The Pops again, performing The Great Escape’s fourth and final single, Charmless Man. Graham Coxon uses a mini guitar, while Rowntree plays with giant drumsticks. But something is beginning to seem lost from the band. Later, Damon says: “Charmless Man was the end of something... it was the end of British pop. For us, anyway.” 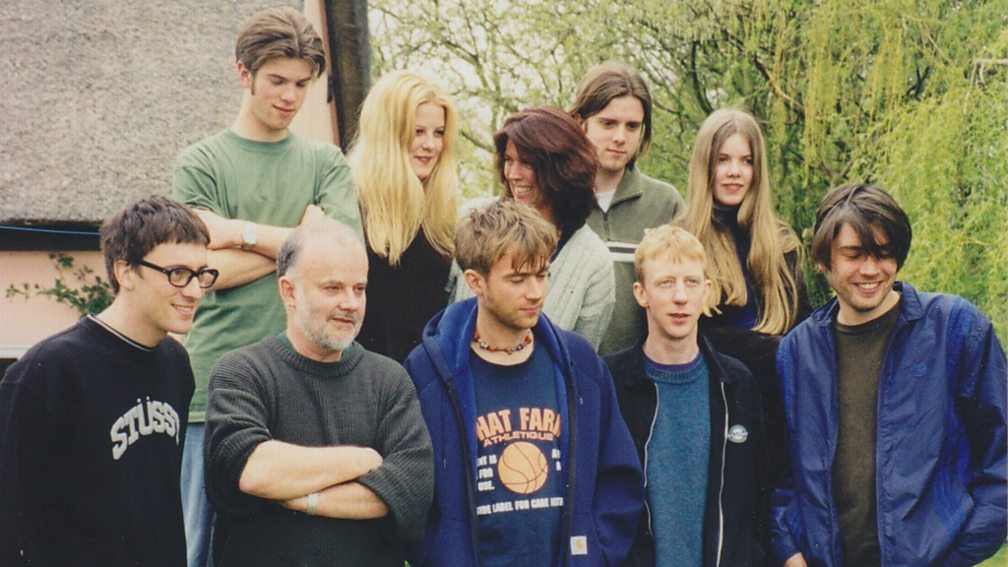 The band with John Peel and family at Peel Acres. The late DJ wasn't a huge fan of the band's earlier material, but was converted by their 1997 self-titled fifth album

6 Music's Stuart Maconie, then a music journalist for Select magazine, writes that Blur in 1996 are "sewn together very awkwardly". Coxon, in particular, feels alienated from the band, desperate to get back to writing music that will "scare people", as he says in a letter to Albarn.

Blur mark 10 years of the band with a 2000 Best Of and by appearing on Later..., playing Girls and Boys, This Is A Low, Song 2 and Music Is My Radar (shown here), a single released in support of their greatest hits. It becomes the last single Coxon plays on for 10 years. In the meantime, the band release their dark, William Orbit-produced sixth album, Think Tank, written entirely by Albarn. Coxon appears on the album, but was replaced on tour by Verve guitarist Simon Tong.

Coxon officially leaves Blur in 2003. During the next five years there are constant rumours of the band either recording as a three-piece, or getting back together with Coxon. In December 2008, rumour becomes fact and Blur announce a series of comeback gigs – including a headline slot at 2009's Glastonbury. On site, Zane Lowe catches up with the band.

In 2012, Blur are recognised at the Brits for their outstanding contribution to music, and they also release their entire back catalogue as a boxset, Blur 21. The summer Olympics are taking place in London and the band release a single to coincide with the games, Under The Westway – their first single since 2010 Fool's Day, an ultra-limited Record Store Day 7". In July, the band meet Miranda Sawyer for a Culture Show piece about Under The Westway and another new song, The Puritan.