7 huge songs that only made it to No.2 in the Christmas chart 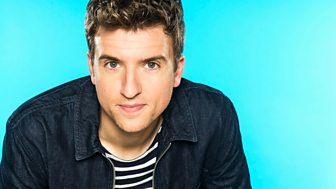 It's no secret that the most coveted chart position of the year is the Christmas No.1, and the list of the yuletide's biggest hitters over the last 65 years illustrates where the pop power has resided throughout the generations. In the 60s The Beatles held the position four times, while in the 90s Girl Power helped the Spice Girls to reach three consecutive Christmas No.1s. Meanwhile, glam rockers ruled the early-to-mid-70s and X Factor winners dominated the mid-to-late-noughties.

The Christmas No.1 is a claim to posterity. But what about those songs that missed out on the all important chart placing, but have passed into immortality and even sometimes surpassed the songs that thwarted their ambition? Here are seven classics that have only grown in stature since their initial release.

Mariah Carey - All I Want For Christmas Is You

Mariah Carey - All I Want For Christmas Is You

This 1994 offering is a festive banger and no mistake. Though a late entry into the pantheon of Christmas classics, the Phil Spector-style song written by Mariah Carey herself with the help of Walter Afanasieff, is the most-streamed Christmas tune in history, amassing 210m plays on Spotify ahead of this current festive season. It is believed to have made Carey around $60m in royalties, and music website Noisey recently presented a case for it being the biggest, best Christmas song ever.

Despite these tremendous figures and accolades, All I Want For Christmas Is You couldn't make it count at the time of release, spending three weeks wedged behind East 17's Stay Another Day, a song that has become almost as synonymous with the big day despite lacking in Christmas content. Carey's song is currently riding high in the Top 10 again, so could 2017 finally be its year?

Wham!'s Last Christmas has shifted an incredible 1.82m copies thus far, making it the best-selling No.2 of all time. In 1984, the race looked all set to be between the zeitgeisty Frankie Goes to Hollywood with their third consecutive No.1 (The Power of Love) and Wham!, but the Liverpudlian five-piece were displaced from the running by the mother and father of all charity singles...

Do They Know It's Christmas?, recorded by Band Aid and written by Bob Geldof and Midge Ure in reaction to famine in Ethiopia, has sold nearly 4m copies to date and spawned a number of all-star reenactments over the years. George Michael appeared on that first Band Aid single and, being the class act that he is, also donated all funds from Last Christmas to the same appeal. Incredibly, Last Christmas went to No.2 the following year, and No.6 in 1986, and it has subsequently revisited the UK charts 14 times since its initial release.

A year on from the death of Michael, who in a strange twist of fate passed away last Christmas Day, means it could finally top the Christmas chart in 2017. It would certainly be a fitting tribute to a sorely missed pop legend.

It was definitely Rick Astley's year in 1987, and most people expected his version of the old Nat King Cole Christmas weepy When I Fall In Love to top the Christmas charts that year. Certainly nobody would have expected a ragtag, bibulous bunch of London Irish folk musicians to be battling it out for No.1 when Fairytale of New York crept into the Top 40 at No.40 on 29 November. The wistful and rather ribald four-minute waltz charting a broken relationship and the broken dreams of one down-and-out couple is now as synonymous with yuletide as wassailing and celebrity-branded perfume, but in 1987 The Pogues - with guest vocalist Kirsty MacColl - were a hitherto unknown entity, relatively speaking.

The decidedly unchristmasy Always On My Mind by the Pet Shop Boys - an Elvis Presley cover - took the honours, though Fairytale of New York returns like the Ghost of Christmas Past to the charts most years. It has re-entered every year since 2005 and clocked up 91 weeks on the chart and counting.

Kylie Minogue and Jason Donovan - Especially for You

Kylie Minogue and Jason Donovan - Especially for You

If 1987 had belonged to Rick Astley then 1988 was all Kylie Minogue's. She'd won the hearts of school children all over the UK when the Australian soap she starred in, Neighbours, was promoted to a teatime slot by popular demand, picking up an incredible 16m viewers at its peak. The song she subsequently recorded with uber-producers Stock Aitken Waterman, I Should Be So Lucky, went to No.1 for five weeks between February and March.

And then there was her on-screen and maybe off-screen romance with Jason Donovan, who also had pop ambitions. The single they recorded together looked like a surefire No.1, but alas it never made it to the summit of the charts, kept off that year by Cliff Richard's Mistletoe and Wine. In 2014, Especially for You finally surpassed 1m sales, joining a select band of No.2s in the million-seller club, including Oasis's Wonderwall, Maroon 5's Moves Like Jagger and another Neighbours star, Natalie Imbruglia, with Torn.

[LISTEN] What does Kylie want for Christmas?

In 2003, The Darkness were the biggest band in Britain. Their debut album, Permission To Land, went quadruple platinum in Britain, and gold in the US, but they had yet to reach No.1 on the UK singles chart. Christmas Time (Don't Let the Bells End) - a surprisingly touching ode to being reunited with one's partner on the big day, if you can get past the Carry On-esque double entendres - looked like a shoo-in that year. Featuring sleigh bells, a kid's choir and a toy robot vocoder, it was leading the pack right up to Saturday. But when the charts were announced the following day, it had been pipped to the post by the rather plaintive Tears for Fears cover Mad World, performed by the lesser known Michael Andrews, featuring Gary Jules. Mad World was on the soundtrack of cult sci-fi flick Donnie Darko, starring Jake Gyllenhaal.

BBC Music - Surprising Brits winners: where are they now? 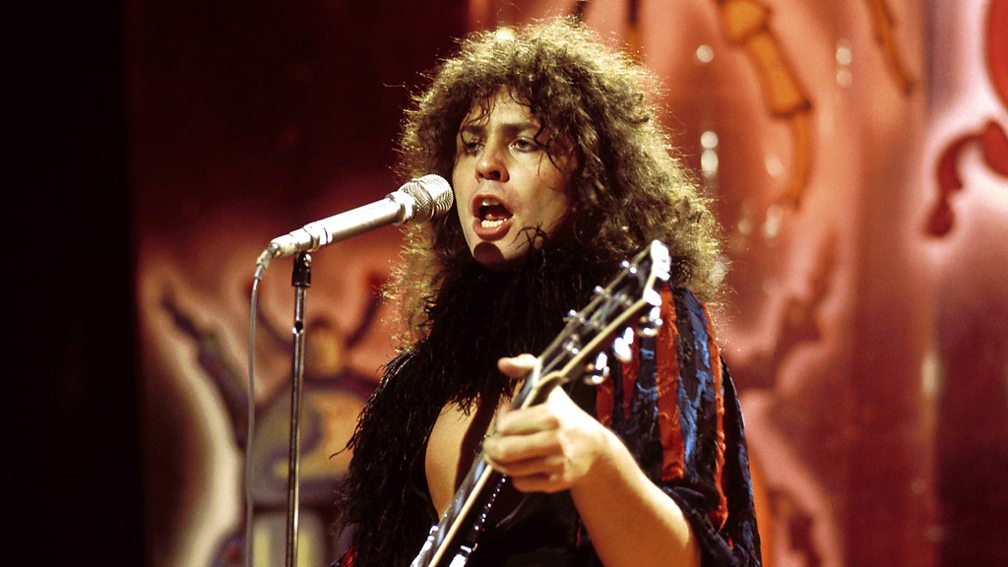 Jeepster may not be a Christmas-themed song, but the shock it didn't reach the top spot over Christmas in 1971 must have been palpable. Marc Bolan was the hottest thing in showbiz since The Beatles, and after a faltering start with Tyrannosaurus Rex, he'd transformed into one of the biggest teen stars in the country and invented glam rock all at the same time. T. Rex had spent 20 weeks on the chart that year with Ride a White Swan, and then Hot Love and Get It On had both reached No.1 for six weeks and four weeks respectively, meaning Jeepster's surge to the summit was but a formality.

However, slapstick comedian Benny Hill had other ideas, and the Christmas No.1 spot ended up being inhabited by the funnyman's novelty single Ernie (The Fastest Milkman in the West). It's not the last time a novelty hit held off a supposedly more worthy challenger; in 2000, Bob the Builder kiboshed Westlife's plans to have an unprecedented sixth No.1 in a row, when Can We Fix It? fixed itself to the summit of the Christmas charts.

ABBA - I Have a Dream 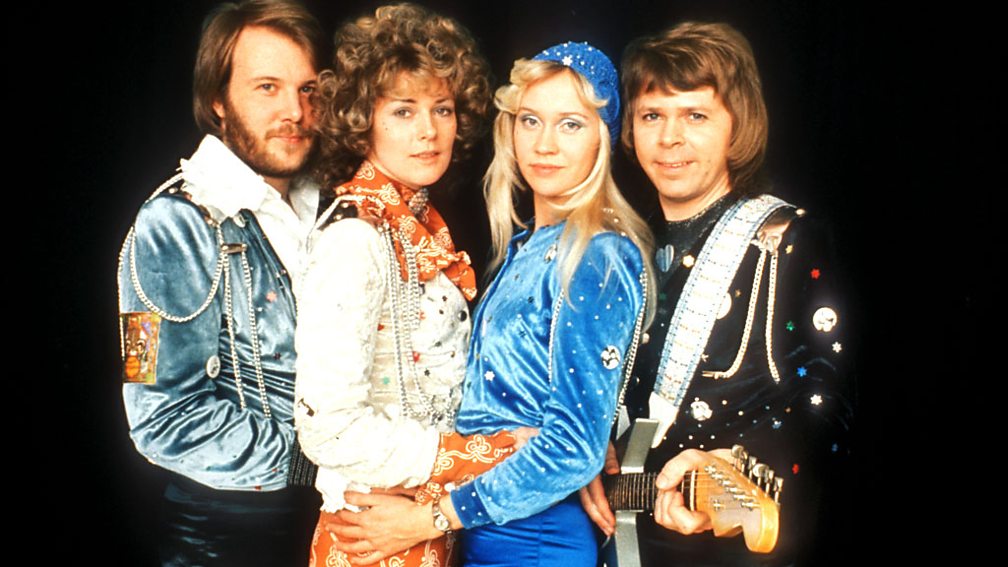 One of the aforementioned Westlife No.1s was I Have a Dream, a cover of the famous ABBA hit, although ABBA didn't managed to take it to the top spot themselves when they released the song in 1979. If The Beatles were undoubtedly the band of the 1960s, then the Swedish fab four are a good shout for the defining band of the following decade, notching up nine No.1s overall. Though there's no mention of Christmas in I Have a Dream, the cosmic sitar, jejune idealism and lyrics about believing in angels made it a festive favourite, and it remains one.

In the end it was held off No.1 by the decidedly unfestive Another Brick In the Wall from Pink Floyd's rather heavy metaphorical concept album about isolationism, The Wall.