What happened to the one-hit wonders of the noughties?

The wheels of pop are well-oiled, and for every artist that manages to score Top 10 hit after Top 10 hit there are thousands that become best-known for sending just one killer tune storming up the charts.

There's no shame in that - plenty of acts have built long touring careers off the back of a single smash - and as we look back at these eight era-defining songs from the 2000s let's be clear that we're being loose with our definition of 'one-hit wonder'. Some, like Duffy, followed a platinum-selling No.1 (Mercy) with a song that charted well, but sold far less (Warwick Avenue) and in the case of Gnarls Barkley, both members have had plenty of success independent from each other.

Still, bet these songs will forever remind you of the noughties... 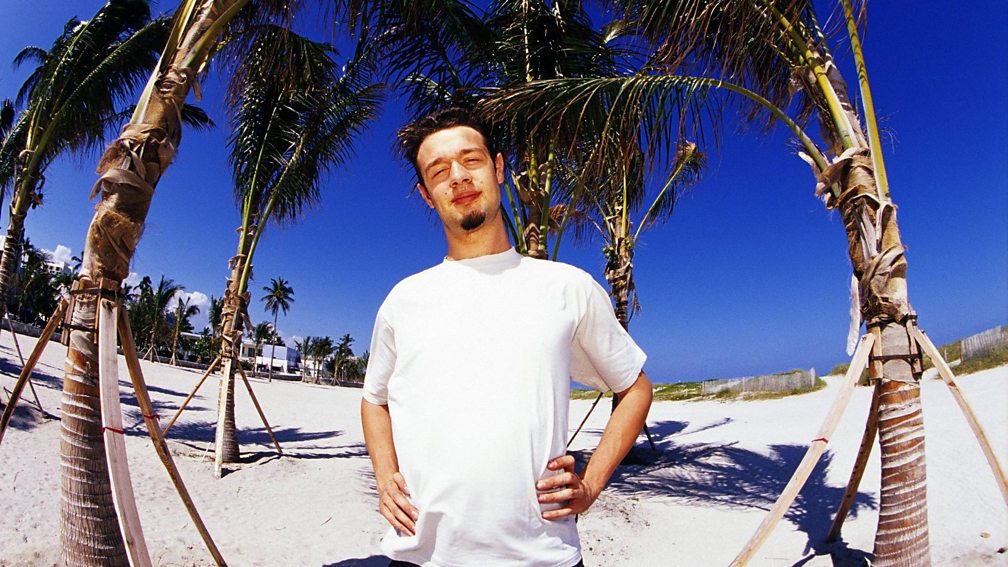 Background: Pop's always had its odd couples and the matching of 6'8" Italian house/disco producer Cristiano Spiller with Sophie Ellis-Bextor, the British indie-kid daughter of Janet Ellis, a former Blue Peter presenter, is certainly among the more unusual. In 1998, Spiller visited Miami nightclub Groovejet and was inspired to write an instrumental track, which sampled Love Is You by Carol Williams, as a tribute. He included it on his 1999 Mighty Miami EP before asking Sophie, whose band Theaudience had called it quits in 1999, to write and record a vocal. She wrote the verses, Rod Davis (formerly of glam rock band Mud) came up with the chorus, and the new version became an Ibiza anthem and UK No.1 in August 2000. It was also the first song to be played on an iPod, as Wired reported.

What happened: Sophie became a pop star in her own right (her first three solo singles all went Top 3 and five of her six albums to date made the Top 20) and a model, as well as a mainstream British celebrity, who appeared on Strictly Come Dancing in 2013 and came fourth. Spiller's follow-up track, 2002's Cry Baby, scraped into the UK Top 40 - at 40 - but he never repeated the success of Groovejet. He still DJs and produces music on his own label, Nano. 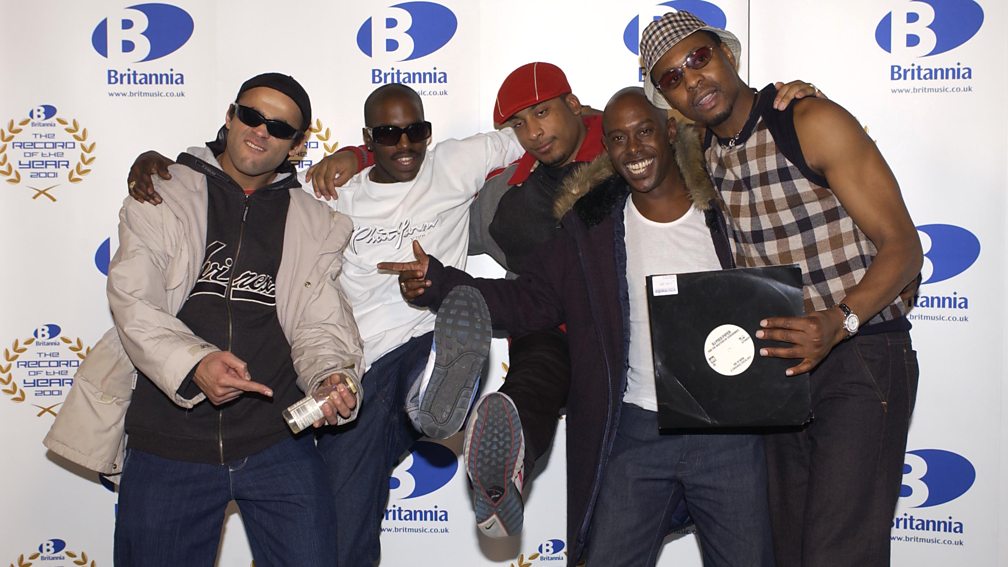 DJ Pied Piper & The Masters of Ceremonies at The Record of the Year award, 2001

Background: British dance music splintered into a myriad of different forms in the 1990s, one of which was UK garage - a blend of house, jungle, ragga and RnB that produced a string of chart hits towards the end of the decade, including Shanks & Bigfoot's Sweet Like Chocolate and Re-Rewind (The Crowd Say Bo Selecta) by Artful Dodger and Craig David. By 2001, the scene was beginning to falter, but not before DJ Pied Piper & The Masters of Ceremonies (MCs DT, Melody, Sharky P and the Unknown MC) shot up the charts to No.1 with Do You Really Like It? and it's immortal line, "We're loving it, loving it, loving it! We're loving it like this!"

What happened: DJ Pied Piper & The Masters of Ceremonies are true one-hit wonders insofar as they never charted again, but Pied Piper remains an active DJ and he often performs with MCs from Masters of Ceremonies. As for UK garage, the sound morphed into yet more new forms, most notably grime, dubstep and UK funky. But there have been constant revivals and you can hear its influence in the music of 2010s' groups like Disclosure. Also, Craig David is back and on some pirate stations, like Kurupt FM, UK garage will never die. 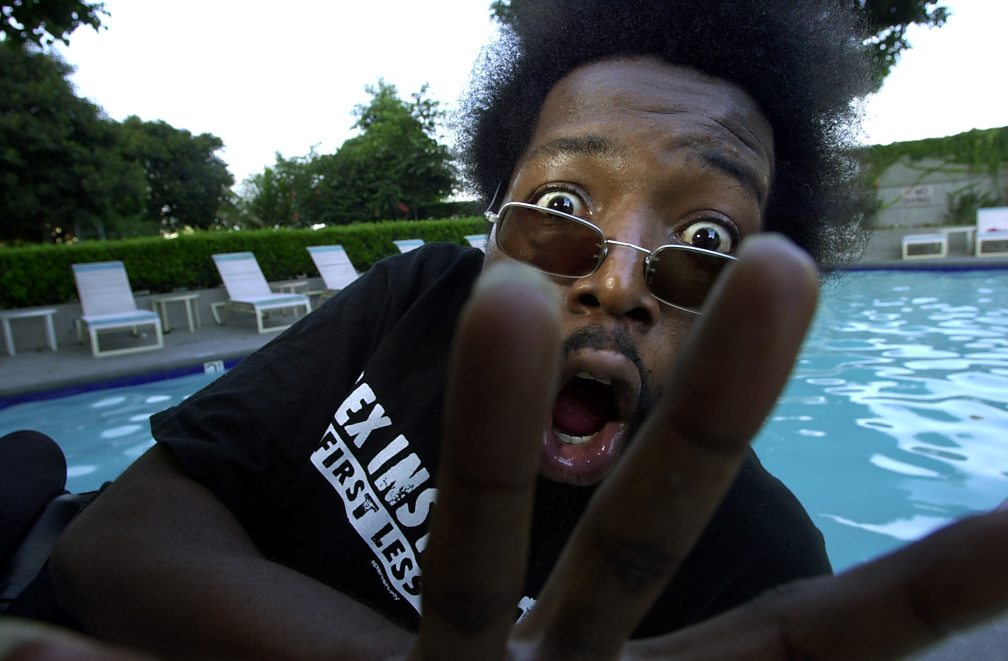 Background: We take it for granted now, but the power of the internet to spread a song and help it become a hit was a new phenomenon in 2001 and, before fans of Arctic Monkeys and Lily Allen harnessed MySpace to help their heroes break through, we had... Afroman, a Napster success story. His near-novelty song about how smoking cannabis made him forget to do almost everything, ultimately resulting in him messing up his "entire life", became a student favourite first and then a bona fide smash, reaching No.1 in the UK, securing him a Grammy nomination and even landing him an interview on Radio 4's Today programme.

What happened: Contradicting his portrayal in Because I Got High, Afroman was nothing if not prolific throughout the 2000s, releasing an album a year, mostly independently, and touring continuously. He slowed down in the 2010s, but put out a knowing EP called One Hit Wonder in 2014, before an incident at a 2015 gig in Mississippi threatened to overshadow his entire career - he was arrested for hitting a woman who was dancing on stage, and has since apologised, claiming he was in the midst of a nervous breakdown.

Background: Spanish artists looking to make it outside of Spain naturally head west to Latin America and the US in search of fame and fortune; few make it big here, although there are exceptions, like Enrique Iglesias. And then there's the kind of Spanish novelty dance song, complete with an easy-to-do routine, that has no respect for geography and becomes a hit in seemingly every country in the world. In the 1990s it was Los del Río's Macarena; in the 2000s we had The Ketchup Song about a mysterious man called Diego by Las Ketchup, a family girl group put together by flamenco record producer Manuel 'Queco' Ruiz. Different versions (Spanish, 'Spanglish' and Portuguese) went to No.1 in 27 countries, including the UK, although the nonsensical chorus was the same on all versions. Or perhaps it wasn't nonsensical. At the time, a controversy blew up about the chorus and the song's Spanish title, Aserejé, which were thought to reference Satan. We kid you not.

What happened: Off the back of the success of The Ketchup Song, Las Ketchup's debut album, Hijas del Tomate, was a hit (especially in Finland, of all places), but their second album, 2006's Un Blodymary, failed. The group sang the title track from the album as Spain's entry at the 2006 Eurovision Song Contest (it came 21st) and, although they haven't released any new material since then, they still tour.

Background: Great pop songs, including many on this list, often don't make much sense and Danish duo Junior Senior - Jesper Mortensen and Jeppe Laursen - came up with Move Your Feet by melding together two bits of other tracks to create a still-loved classic that became a hit in their home country in 2002, before being re-released worldwide in 2003. We sent it to No.3 here and it won the group a fanbase in Japan, Australia and South America, too. It's lo-fi pixel art video worked perfectly with the band's colourful, DIY aesthetic.

What happened: In many ways, a typical indie-band-goes-major-label tale. Their debut album, D-D-Don't Don't Stop the Beat, was a critical hit, but their second album, Hey Hey My My Yo Yo, got caught up in label wranglings. It was released in Japan in 2005, where it went to No.2, but only made it to America in 2007, and it never saw the light of day here. Junior Senior quit in 2008; Jesper formed other bands, which existed under the radar, while Jeppe had a crack at representing Denmark in the 2009 Eurovision Song Contest. He also co-wrote Born This Way with Lady Gaga.

The Bravery - An Honest Mistake

Background: After the success of The Strokes and Yeah Yeah Yeahs in 2001, A&Rs were on the hunt for the next big New York indie rock band, leading to something of a feeding frenzy to sign The Bravery, who formed in 2003. In the 2000s, US buzz bands were often shipped over to the UK to make a splash here first (such as happened with The Strokes, The White Stripes and Kings of Leon) and we duly took The Bravery to our hearts in 2004. They won the BBC Sound of 2005 poll, ahead of Bloc Party and Kano, and reached No.7 with debut single An Honest Mistake in 2005.

What happened: A story of diminishing returns. The next two singles, Fearless and Unconditional, from their self-titled debut album failed to make the Top 40 and, although they released two more albums in the 2000s, they were spent by the end of the decade and officially quit in 2014. Meanwhile, frontman Sam Endicott had scored success co-writing three songs for Shakira's 2009 album She Wolf, including the lead single, and he also co-wrote the Christina Aguilera song Monday Morning. He currently fronts a new band, Mercy Beat.

Background: Another of pop's odd couples (and they knew it, calling their second album The Odd Couple) comprised of two super-talents who had long CVs before joining forces as Gnarls Barkley. CeeLo Green had been a member of pioneering Southern rap group Goodie Mob and had won critical and commercial acclaim, mostly in the US, for two early-2000s soul albums, His Perfect Imperfections and ...Is the Soul Machine. He'd also written Don't Cha for The Pussycat Dolls. Danger Mouse had released Jay-Z/Beatles mashup record The Grey Album and produced Gorillaz's 2005 second album Demon Days. Crazy was the first Gnarls Barkley single and it stayed at No.1 here for nine weeks. It's also famous for being the first single to top the UK Singles Chart on download sales alone.

What happened: Gnarls Barkley was only ever one of many projects both CeeLo and Danger Mouse worked on, but both their albums together were critically praised and there's still talk of a currently-shelved third album being released. Danger Mouse went on to become one of music's most in-demand and respected producers (he's been nominated for 19 Grammys and won 6), working with the likes of The Black Keys, Red Hot Chili Peppers and U2, while CeeLo scored another huge UK No.1 with Forget You in 2010. In 2014, he pleaded no contest to a charge of furnishing an illegal drug to a companion and was sentenced to three years' probation.

Background: When Duffy emerged in 2007, she seemed both an heir to great Welsh singers like Shirley Bassey and Tom Jones and a less controversial version of Amy Winehouse, riding high at the time with second album Back to Black and with whom Duffy shared a retro-soul sound. Duffy's debut single Rockferry just missed the UK Top 40, then she had a huge Europe-wide No.1, including in the UK, with Mercy in early 2008. It was the first time a Welsh woman had hit the top spot in the UK since 1983.

What happened: Unfairly or not, she was criticised - most notably by Noel Gallagher and Alison Goldfrapp - for sounding too much like Winehouse. Her debut album, Rockferry, released soon after Mercy, went four-times platinum in the UK, won both a Grammy and Brit and produced one more hit single, Warwick Avenue. However, Well, Well, Well, the lead single from 2010 second album failed to make the Top 40, resulting in Duffy announcing soon after that she was taking a break from music. She's worked as an actress since (and recorded three songs for the soundtrack of 2015 British gangster film Legend, in which she had a part) and may still return with a third album.