8 of the most disappointing band reunions

When bands break up, particularly at the peak of their careers, there's always a feeling of thwarted potential. Fans will pine for the days when a new song could be just around the corner, and speculate wildly on what magical new music could happen if everyone involved would just let bygones be bygones and take to the stage once more.

Unfortunately, when groups do make an effort to put the band back together, it isn't always the second coming the fans might have dreamed of. No matter how great they once were, a combination of bad luck, bad timing and fickle fandom can scupper any band's shot at reclaiming former glories, as these case studies prove only too well.

[WATCH] Johnny Marr on the possibility of a Smiths reunion

With band reunions, it is impossible to really put the genie back in the bottle if the key talents are missing. But while "when will The Smiths get back together?" may be the least appealing and most common question put to both Morrissey and Johnny Marr, it is at least a question with an answer they can control. It must be frustrating to be bass player Andy Rourke or drummer Mike Joyce and facing a similar line of enquiry, because you know they know neither Morrissey or Marr want to do it, and without them, there is no Smiths.

That said, announcements earlier this month that three former members of the band were getting together to perform Smiths hits with an orchestra did very little to win over the sympathies of fans. The idea was that Mike, Andy and occasional second guitarist Craig Gannon would work with the Camerata Orchestra to perform some old favourites at a series of concerts called Classically Smiths, but the day after it was announced, Andy denied any involvement, leading the promoters to tell the press: "In response to recent comments in the press, the planned Classically Smiths events will now no longer be taking place."

The Doors were a unique band formed of unique characters. A jazz drummer, a flamenco guitarist, a classically trained organ player with a seemingly greater than average amount of fingers, and a bohemian poet lead singer blessed with astonishing looks, too much charisma and a baritone howl. Take any of them away, and the delicate chemistry is spoiled. So after singer Jim Morrison's untimely death in 1971, any attempt to resurrect former glories would involve a certain amount of willing suspension of disbelief on the part of their fanbase.

But even taking this into account, people scratched their heads when hearing about forthcoming concerts by a band known first as The Doors of the 21st Century, then D21C, then Riders on the Storm, then Manzarek-Krieger. Ian Astbury of The Cult gamely filled in for Jim Morrison, with Stewart Copeland of The Police taking the drum stool after John Densmore refused to have anything to do with it. And let's just say their concerts were not universally adored, with the New York Times offering this savage shrug of a put-down: "As travesties go, it could have been worse."

Take That can do things other bands cannot, it is fair to say. So while their reunion and reinvention from a 1990s boy band to a 2000s man band may have lit the fire of hope in the hearts of many a former pop star, it doesn't mean they should expect similar levels of success, particularly if the members of the band are still as prone to aggro as they were in their younger days.

As soon as East 17 put the band back together, after a hugely successful pop career playing bad boy rivals to Gary Barlow's angelic cherubs, tensions erupted between the two main talents - singer Brian Harvey and songwriter/rapper Tony Mortimer. At their 2006 reunion gig at Shepherd's Bush Empire, they had a row, reportedly ending in punches being thrown. After that, several attempts were made to put the four band members on stage, with some success here and there, but at no point could Tony and Brian quite manage to stave off that simmering tension. Brian left in 2010, Tony left three years later, following the underwhelming performance of their comeback album Dark Light. The current version of East 17 features original members John Hendy and Terry Coldwell, with UK garage star Robbie Craig filling the shoes of their most volatile former bandmates.

The Sugababes story is one of persistence amid internal strife. Despite losing founder member Siobhan Donaghy after their first album, Mutya Buena after their fourth, and Kiesha Buchanan after their sixth, the band attempted to continue as if nothing had happened, causing pop fans to ponder the philosophical question: if all the members of a band have been replaced, are they still that band?

To further complicate matters, at around the time the band called Sugababes were winding down in the early 2010s, Siobhan, Kiesha and Mutya put their bickering behind them and formed a new band, called Mutya Keisha Siobhan. They released one highly regarded single with the worryingly apt name Flatline, and it failed to set the charts alight. Since then, various tracks have been leaked online, but there have been no official releases, and while the band members regularly reassure fans they're still together, it's not clear when or whether they'll take to the stage again.

Some band reunions genuinely bring former partners together to bury the hatchet, others are just an excuse for concert promoters to sell more tickets, and that was the case with most of the bands led by Michael Clarke, drummer with The Byrds, for the twilight years of his career. Having toured with former bandmate Gene Clark in a show called a "20th Anniversary Tribute to The Byrds", Michael found most clubs were just calling his band The Byrds and shrugged off all criticism and legal action, not least from the other ex-Byrds Roger McGuinn, David Crosby and Chris Hillman.

Even after Gene's death in 1991, Michael continued to tour under that name, befuddling fans who may have expected to hear the harmonies of McGuinn and Crosby, only to hear the voices of other, more willing musicians who were happy to appear under the banner of a group who have ceased to exist. David Crosby took over the legal right to the band's name in 2002, following Michael's death, but the chances of him taking the rest of his former bandmates out for one last jaunt seem remote at best. 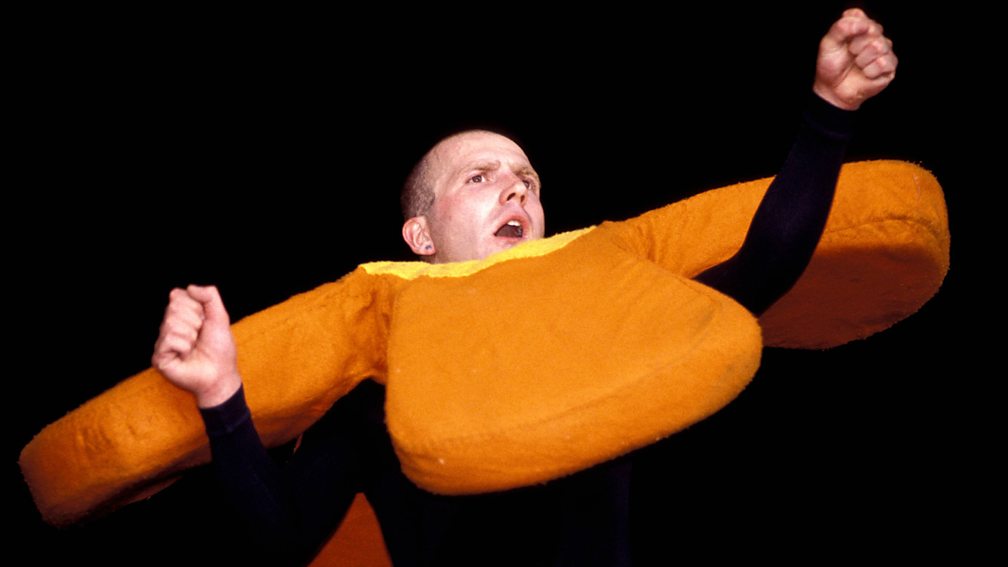 Taking the East 17 approach to band reformation, Flowered Up - London's indie-dance gauntlet picker-uppers to Manchester's Happy Mondays - tried to get back together in 2005. They booked some comeback gigs and rehearsed, playing their loose-limbed hits in well-received warmup concerts and generally feeling their way back to full activity. Sadly, a concert with the Mondays on Clapham Common went disastrously wrong when guitarist Joe Maher got confused about the songs he was supposed to be playing, and the set ended in disarray.

Drummer John Tuvey told the Guardian, "[He] ended up being carted out by St John Ambulance in a straitjacket," and went on to explain that the experience has left him fairly jaded: "There won't be any more comebacks. I'm setting up a window-cleaning business. I cherish memories of blowing Blur off stage at the Reading festival in 1991, and I love the guys. But sometimes I wish I'd never joined a band." 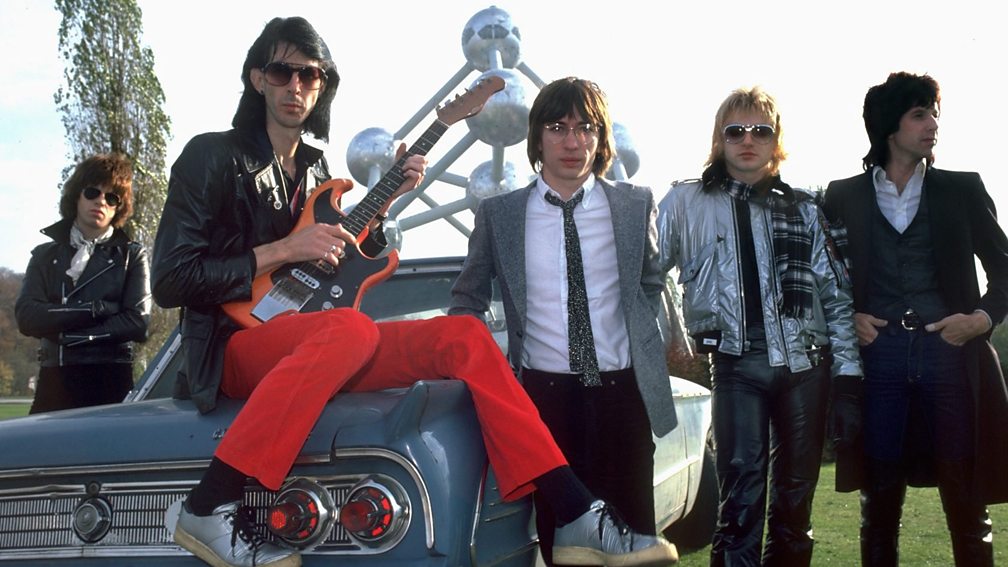 Things can go equally awry when you do manage to get your mercurial frontman to step back up to the mic, however. In 2006, former members of new wave powerpoppers The Cars attempted to force the reluctant hand of singer Ric Ocasek by embarking on a co-headlining tour with Blondie, and taking Todd Rundgren as their lead singer. Billing themselves as The New Cars (imagine the smell!) they had to bail out of the tour, partly due to audience antipathy but mostly because guitarist Elliot Easton had broken his collarbone.

Five years later, The New Cars reverted to being The Cars when Ric agreed to rejoin, but it was only for one album and a tour of just 11 dates, a very fleeting return leaving fans inevitably wanting more. That said, there's a chance that the band's induction into the Rock 'n' Roll Hall of Fame this year may prompt another get together - if only for the ceremony.

[LISTEN] All Saints on their internal bickering

This is a story with a happy ending, but a sad middle. In their millennial heyday, All Saints were the cooler alternative to the day-glo pop of Spice Girls, and their 2001 split was widely considered to be a bad thing for music, particularly as they'd hit upon a glacial pop perfection with songs such as Black Coffee and Pure Shores. So their 2006 comeback with the album Studio 1 should have been a cause for celebration.

But it didn't sell, and the band members started telling the press they really only buried the hatchet for the money, with Melanie Blatt even telling the Evening Standard in 2009, "All Saints are never getting back together again. I never want to sing again". Thankfully, things have perked up since, with a second reunion and tour with Backstreet Boys in 2014 and a subsequent, far more popular album Red Flag in 2016, which entered the album charts at No.3.