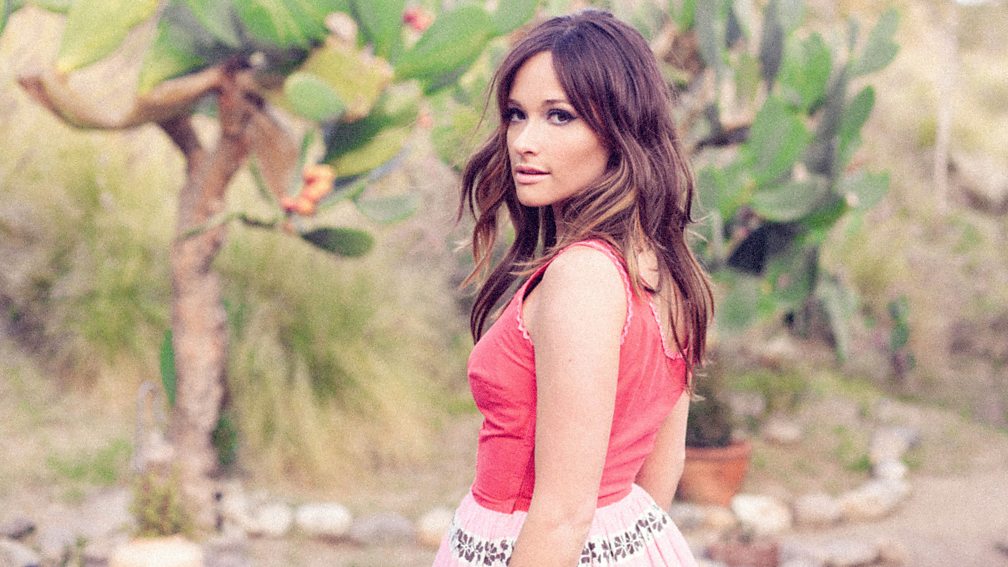 While Taylor Swift has put some distance between her current pop incarnation and her rocked-up country past, there's an increasing wave of interest in all things Nashville that she (and the TV show Nashville) did a lot to help kickstart. The main focus is on classic, old school country songwriting – a revival in the sound and style of artists like Hank Williams, Dolly Parton and George Jones – but with a contemporary, liberal twist.

Here's a selection of some of the key players:

When I'm happy, I'm not inspired to write as much... It's in my dark moments that I feel the heavy heart that I want to write about"
Ashley Monroe

Ashley Monroe's first couple of singles in 2007 were well-received, but label disputes held up her debut album, Satisfied, and she later set out alone, self-releasing an EP in 2009, then forming the band Pistol Annies (see below). That's when things began to pick up, especially when she wrote her wickedly funny duet with Blake Shelton, You Ain't Dolly (And You Ain't Porter), which was featured in Nashville.

Her latest album, The Blade, contains On To Something Good, the kind of hopeful, funky tune that tends to grab at the attention of non-country buffs. And Ashley acknowledges it's a break from her usual fare, telling Billboard: "When I'm happy, I'm not inspired to write as much. I'll go to the park, for a walk, or simply go be happy. It's in my dark moments that I feel the heavy heart that I want to write about."

When I'm happy, I'm not inspired to write as much... It's in my dark moments that I feel the heavy heart that I want to write about"
Ashley Monroe

Catherine and Lizzy Ward Thomas hail from rural Hampshire, which may be country, if not particularly western.

Thanks to some startlingly close harmonies and a decent way with a tune - like the very excitable Way Back When - their debut album From Where We Stand not only won UK album of the year at the British Country Awards, it also reached No.1 on the iTunes Country Chart.

Kacey is young country's greatest hope for world domination at present. Another sharp-eyed lyricist with a low tolerance for nonsense, her songs are often sarcastic rebuttals of other people's expectations of a young, pretty girl with a beautiful voice, particularly Pageant Material and Good Ol' Boys Club. Then there are the songs that wryly mock judgemental small town society, such as Biscuits and Follow Your Arrow.

The best thing about Kacey is that in every song, no matter how wry the lyric, she manages to both mock and celebrate country tradition - causing mass outbreaks of, "That's more like it!" from country fans - while pretending not to give two hoots either way.

Life is a dark comedy, so that’s what I try to put into my music"
Brandy Clark

Nashville is a town that venerates songwriters, and Brandy Clark has been plying her trade selling tunes to some of the current top table of country stars - Kacey Musgraves, Miranda Lambert, The Band Perry, LeAnn Rimes (and even Hayden Panetierre in the TV show, Nashville) - for over 10 years. Despite this experience, it was only a year or so ago that she released her debut solo album, 12 Stories, and found herself nominated for Best New Artist at the 2015 Grammy Awards.

Her stock-in-trade is a form of musical black comedy, as seen in songs such as Stripes, in which she explains she could never murder her man because prison uniforms wouldn't suit her. As she explained to Spin: "I feel like life is a dark comedy, so that’s what I try to put into my music."

Life is a dark comedy, so that’s what I try to put into my music"
Brandy Clark 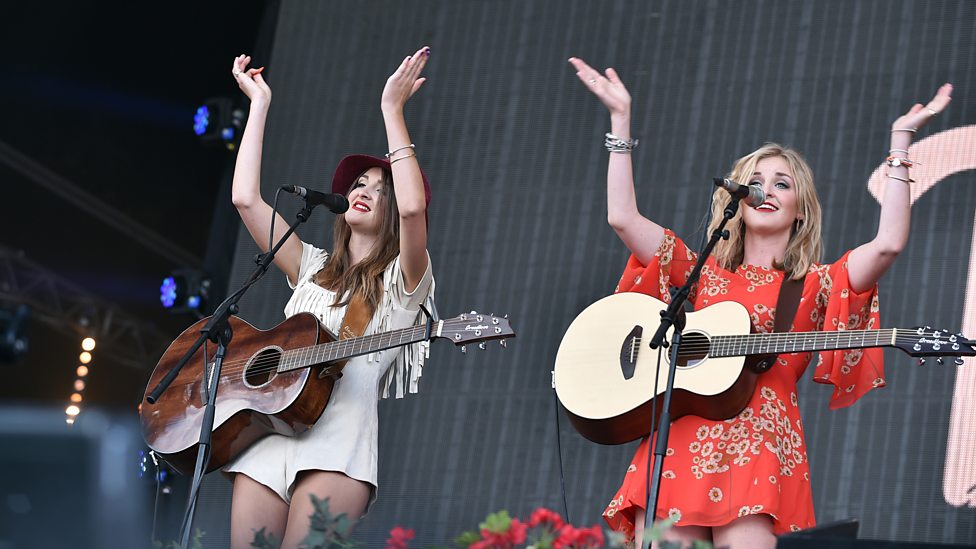 Another surprisingly convincing British country export, Ben Earle and Crissie Rhodes are The Shires, a country duo from the neighbouring English counties of Hertfordshire and Bedfordshire (colloquially known as Herts and Beds, which is also a very fitting summary of country's two main lyrical obsessions).

As with the other performers listed here, theirs is a respectful and academic take on a fine and noble musical tradition, one that pays respect to key performers from the past, particularly Kenny Rogersand Dolly Parton, whose duet, Islands in the Stream, has taken on new life as a dark and intense finale to The Shires' set. 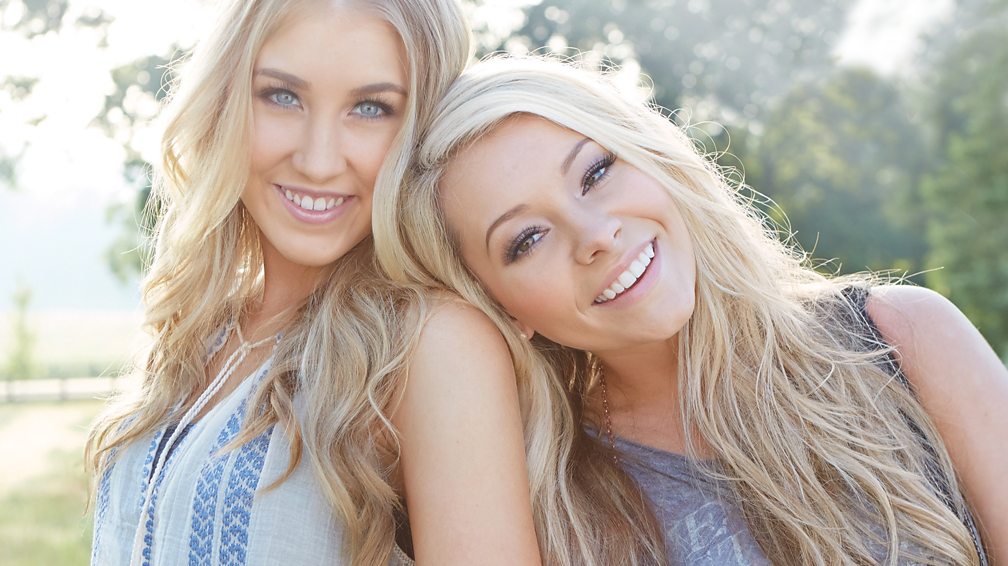 Just like Taylor Swift, Madison "Maddie" Marlow and Taylor "Tae" Dye have a sharp eye for absurdity and injustice. Their calling card, Girl In A Country Song, has great fun with the idea that the women in country are just window dressing - all bikini tops and Daisy Dukes. As Tae explained to Rolling Stone: "We wanted to go at it from a girl's perspective, and we wanted to put ourselves in the shoes of this girl. You know, how does she feel wearing these cut-off shorts, sitting on the tailgate?"

They also have Sierra, the kind of sharply-worded rebuke of a former friend that, had it appeared on a recent Taylor Swift album, would have kept celeb gossip sites in idle speculation from now until the next time Kim Kardashian breaks a nail. 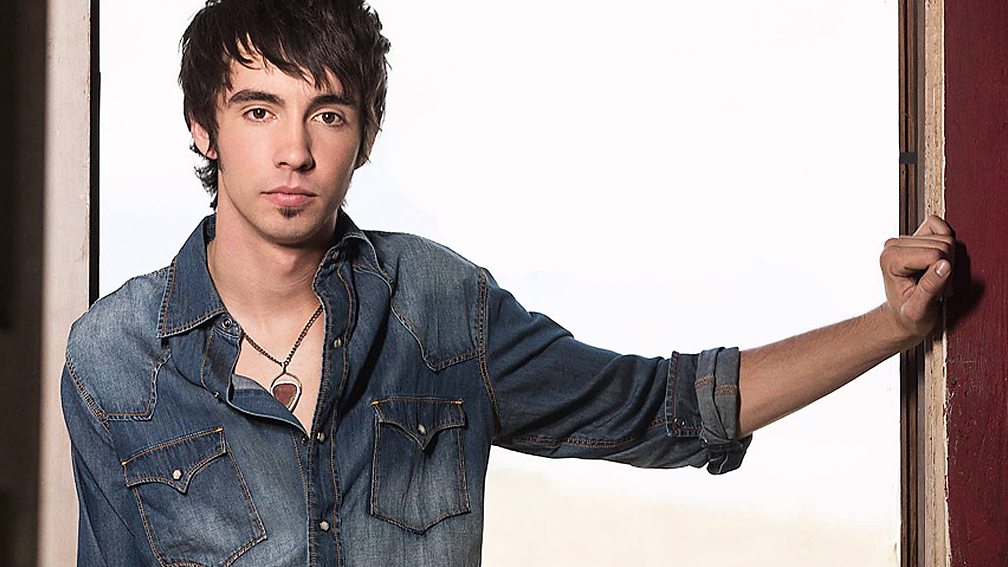 Mo's voice is the exact opposite of the high, keening wail that tends to come out of the mouths of male pop stars at the moment. It's deep, far deeper than his slight frame would seem to be able to contain. He's another super-traditionalist, having grown up in a household of bluegrass musicians and written a breakthrough hit, simply called Country. He's in no hurry to make a crossover either, as he said to the Huffington Post: "When I sit down and write a song, what comes out, I've never heard it called anything else but country music."

But it was his performance of the tender ballad, Clean Up On Aisle Five, at the Grand Ole Opry earlier this year that really sealed his credentials as a rising star, and earned him a standing ovation to boot. 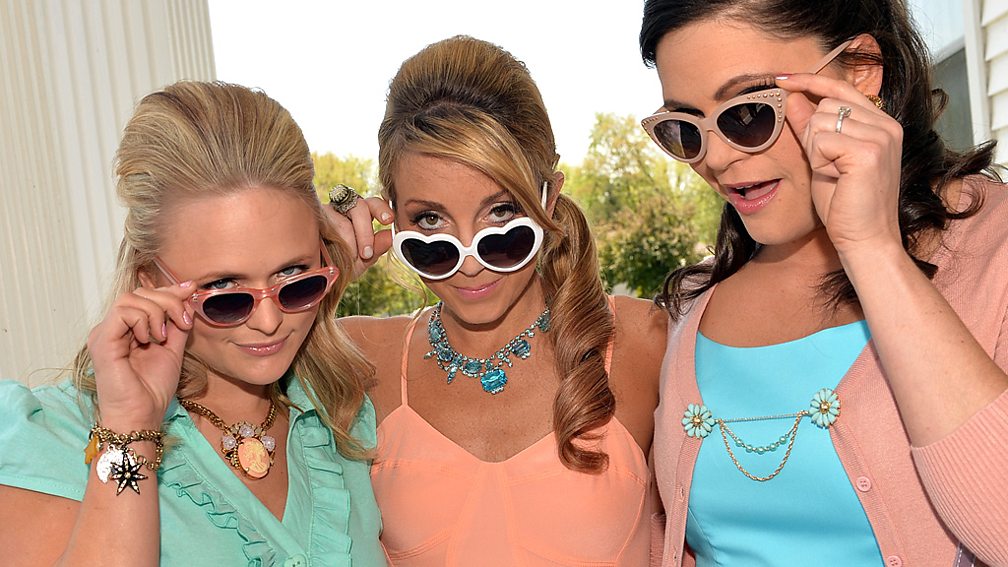 We don't know where it fits, we just know it's true"
Angaleena Presley

Miranda Lambert is an award-winning singer-songwriter with hits aplenty (try this year's Little Red Wagon), Angaleena Presley has a caustic eye for life's problems (see: the bluesy Pain Pills), and Ashley Monroe we already know about. They formed Pistol Annies out of a shared friendship and off the back off mutual songwriting sessions in 2011, and suddenly found themselves with a No.1 country album on their hands.

Solo success has forced them to put the band on hiatus, but not before the release of a second album, and charting single Hush Hush. You suspect they'll return. As Angeleena told Billboard about their approach to songwriting: "We don't know where it fits, we just know it's true. That's the common thread - honesty - and ownin' it, and not being scared of it."

We don't know where it fits, we just know it's true"
Angaleena Presley