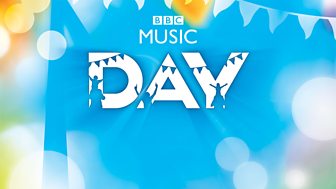 This year’s BBC Music Day (Thursday 15 June) is about the power of music, and included among the many events taking place are attempts to break music records. In Bradford, 800 children will gather in the City Park to try and beat the current world record for Bamboo Tamboo (a form of music created by hitting a bamboo stick on the ground, which originates from the carnival traditions of the Caribbean). And in Portsmouth, over a thousand children will join together at the city’s Guildhall Square, with the aim of breaking the world record for the world’s largest djembe drumming ensemble.

To provide some inspiration for those taking part, here's a list of some of the UK’s quirkiest musical record-holders, from artists playing underwater or in freezing temperatures, to being broadcast in space or coming up with the longest album title ever. A record-breaking drum roll, please… 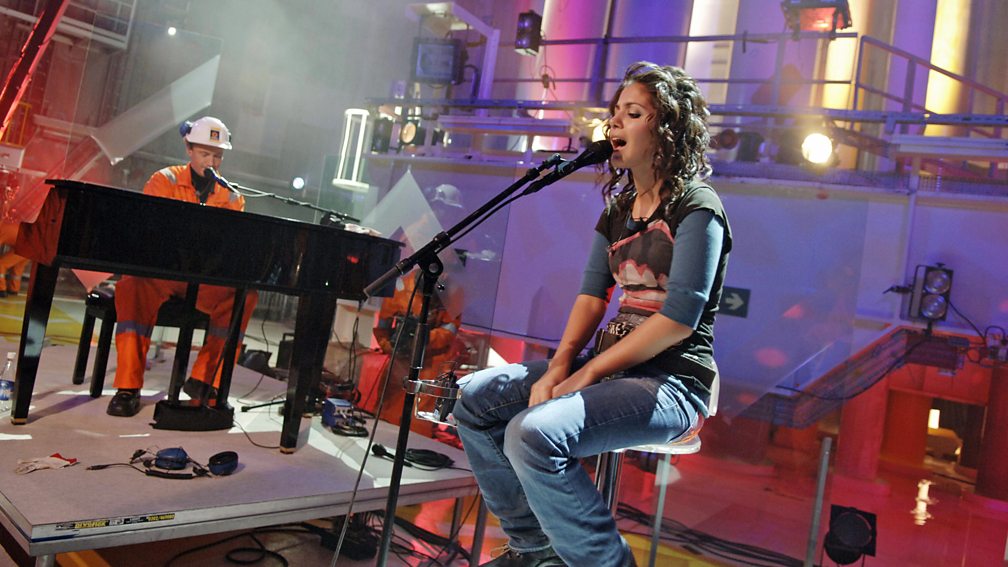 Singer-songwriter Katie Melua had to undergo survival training and extensive medical tests before she was given the go-ahead to play the world’s deepest underwater concert back in 2006. Melua then flew from Norway to the Statoil Troll A gas rig in the North Sea, where she and her band performed a show 303 metres below sea level. “This was definitely the most surreal gig I have ever done,” said Melua at the time, who played in front of 20 rig workers as well as an official Guinness World Records adjudicator. “It took nine minutes to go from the main part of the gas platform down to the bottom of the shaft in a lift. Giving a concert to the workers there was something really extraordinary and an occasion that I will remember all my life.”

As you’d expect, The Beatles’ record-breaking exploits are impressive. The Fab Four have had more UK No.1 albums than anyone else (15), and more UK No.1 singles than any other British artist (their 17 chart-toppers are only surpassed by Elvis Presley’s 21); in 2001, the Guinness Book of Records declared them the best-selling group of all time (by that point, they’d reportedly sold over one billion discs and tapes worldwide). But they’ve got some more unusual records under their belts, too. In 2005, Paul McCartney became the first musician to broadcast a concert to outer space after his show in Anaheim, California was transmitted to two astronauts at the International Space Station, floating some 220 miles above Earth. NASA astronaut Bill McArthur and Russia’s Valery Tokarev were treated to a performance of The Beatles’ Good Day Sunshine, as well as McCartney’s solo track English Tea. “That was simply magnificent,” McArthur told the singer. “We consider you an explorer just as we are.”

Billie Piper - youngest artist to debut with a No. 1 single

Billie Piper - Because We Want To

Billie Piper launched her career by popping a bubble of gum in an advert for teen pop bible Smash Hits but by 1998, she was more likely to be appearing in the pages of the magazine itself. Her debut single Because We Want To, a rallying call for like-minded teenage rebels in the face of stuffy, conservative parents, sold over 300,000 copies and went straight to No.1, making the 15-year-old Billie (who, like Madonna and Prince before her, had decided surnames were too clunky for pop stardom) the youngest artist to claim the top spot with their debut release. She had a further two No.1 singles (1998’s Girlfriend and 2000’s Day & Night) before swapping singing for acting, hopping into the TARDIS to star in the rebooted Doctor Who in 2005. The youngest ever artist to score a No. 1 single, meanwhile, is ‘Little’ Jimmy Osmond, who reached the top with his 1972 smash Long Haired Lover from Liverpool. 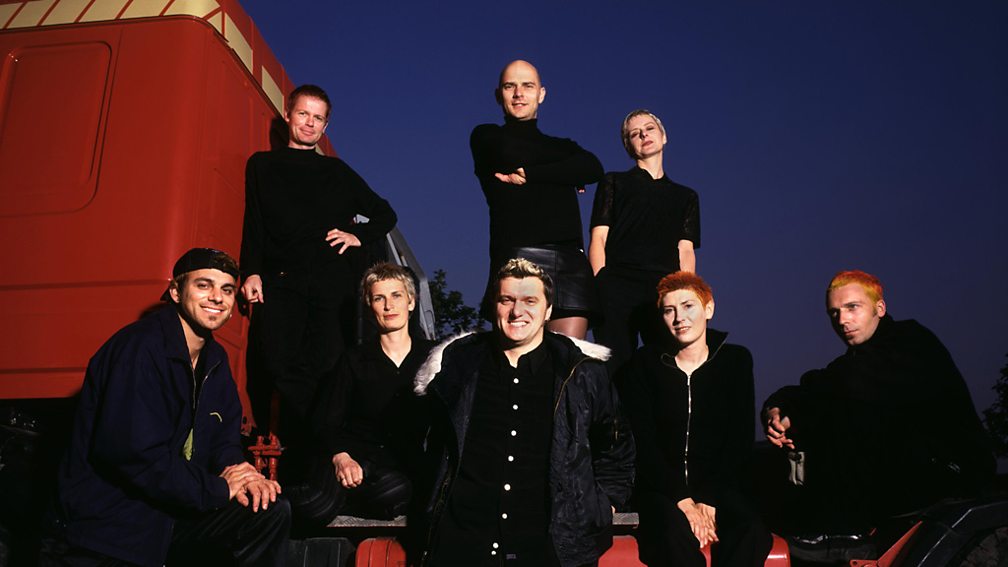 Chumbawamba’s 13th studio album, released in 2008, has a title that contains 865 characters (and 156 words), which officially makes it the longest ever: The Boy Bands Have Won, and All the Copyists and the Tribute Bands and the TV Talent Show Producers Have Won, If We Allow Our Culture to Be Shaped by Mimicry, Whether from Lack of Ideas or from Exaggerated Respect. You Should Never Try to Freeze Culture. What You Can Do Is Recycle That Culture. Take Your Older Brother’s Hand-Me-Down Jacket and Re-Style It, Re-Fashion It to the Point Where It Becomes Your Own. But Don't Just Regurgitate Creative History, or Hold Art and Music and Literature As Fixed, Untouchable and Kept Under Glass. The People Who Try to 'Guard' Any Particular Form of Music Are, Like the Copyists and Manufactured Bands, Doing It the Worst Disservice, Because the Only Thing That You Can Do to Music That Will Damage It Is Not Change It, Not Make It Your Own. Because Then It Dies, Then It's Over, Then It's Done, and the Boy Bands Have Won.

Bit of a mouthful, eh? Mercifully, it’s commonly just shortened to The Boy Bands Have Won instead.

Oasis - All Around the World

Subtle understatements were never part of Oasis’s vocabulary. Still high from breaking another record with their huge concerts at Knebworth in 1996, where they performed in front of 250,000 people over two nights, they started work on a third studio album that would be bigger than anything they’d done before. Be Here Now's dense, blustery sound and ridiculously long songs meant they certainly achieved that aim. At 7:21, D’You Know What I Mean is one of the longest No.1 singles ever, ahead of The Beatles’ Hey Jude (7:11), charity single We Are the World (7:05) and George Michael’s Jesus to a Child (6:51). But even that seems sprightly compared to the gargantuan All Around the World - another single from the same album - which lasts for a whopping 9:38 in its complete version, and is the longest single to ever reach the top of the UK charts. At the other end of the spectrum is Adam Faith’s 1959 hit What Do You Want? - at just one minute and 35 seconds, it’s the shortest No.1 single ever.

Music teacher Caroline Redman Lusher took a hopeful punt when she placed an advert in a coffee shop in Farnham, Surrey back in 2005, hoping to persuade would-be singers to join her new choir. Seventy people responded to her initial call for vocalists, and Rock Choir's accessibility (members don’t need to be able to read sheet music or have prior singing experience, and there are no auditions) meant its popularity and membership kept on growing. By the time they were featured on BBC Breakfast in April 2009, they had thousands of members all across the country, and bagged a record deal shortly afterwards with Universal/Decca. There are 987 singers featured on their debut album Rock Choir Vol. 1, which includes covers of tracks such as Valerie, I Say a Little Prayer and Signed, Sealed, Delivered - but, according to the official Guinness World Records bods, they had a total of 4,386 members at that point, making them the largest ever signed act to release an album. 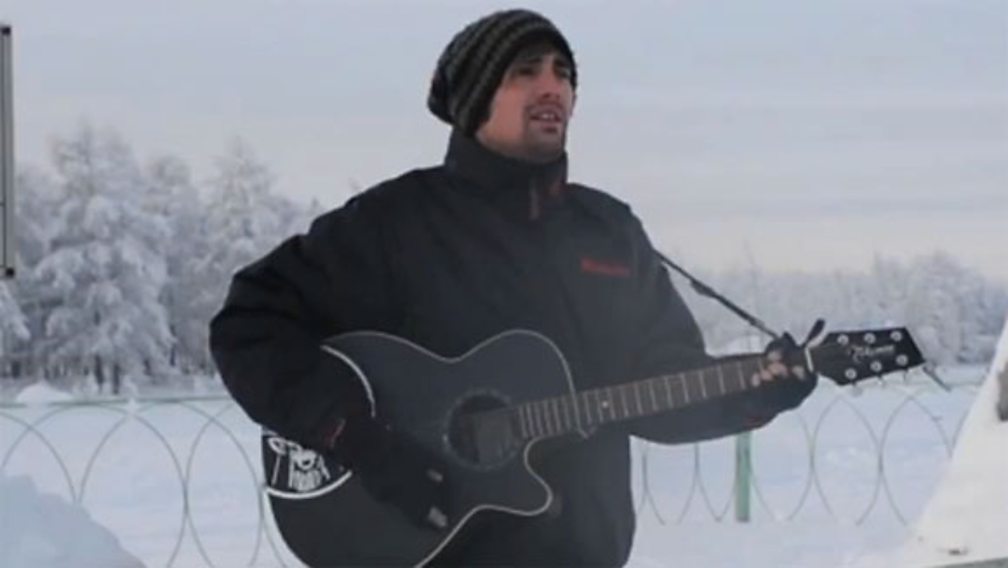 “It was unbearably cold and playing guitar with gloves on wasn’t an option," said Charlie Simpson of his record-breaking exploits in Oymyakon, Siberia. The Busted and Fightstar singer learned a whole new understanding of the term ‘frosty reception’ after he travelled for four days to reach the ‘Pole of Cold’ - said to be the coldest permanently inhabited place on Earth - braving temperatures of minus 30 degrees Celsius to perform a brisk 15-minute set. “We had to pack hand warmers into my sleeves before the performance to keep my blood warm and stop my fingers from getting frostbite,” he revealed afterwards.

Drummer Jayson Brinkler fell and injured his wrist days before he was scheduled to try and break the record for the world’s longest single drum roll in May 2015. But the British champion (who performed at the opening of the London 2012 Olympic games) soldiered on regardless, playing for 12 hours, five minutes and five seconds in front of a crowd at Highfield Baptist Church. “It was so tough - a lot harder than I thought it was going to be,” he told Kent Online afterwards. “A few days before, I slipped and injured my wrist. I didn’t think anything about it, but it did play a part when I attempted the record. About eight hours in, my wrist just went. It was very hard. I was in tremendous pain but I kept pushing and pushing.” Brinkler - who used the same drumsticks he’d owned for 30 years to attempt the feat - broke the record by five minutes and four seconds, but had to take a trip to A&E to get his wrist checked after he’d finished.

Nunatak - Would You Do It All Again

Years before Metallica plugged their amps in on the world's most inhospitable continent, there was Nunatak, the trailblazing group of British Antarctic Survey scientists who moonlighted as an indie-rock band. They made history when former vice president Al Gore personally invited them to represent Antarctica as part of the 2007 Live Earth concerts, thus fulfilling his promise of holding shows on each of the seven continents for the global event. The five-piece group - who were named after a Greenlandic word for an exposed summit of a ridge, mountain or peak within a glacier or ice field, and whose members include a marine biologist, a meteorologist, a communications engineer and a polar guide - performed in front of the 17 colleagues who worked with them at the remote Rothera Research Station. “We expected to spend our Antarctic winter here at Rothera quietly getting on with our work and maybe performing at the occasional Saturday night party,” said singer/electronics engineer Matt Balmer. “We could never have imagined taking part in a global concert.”