The 7 most awkward music interviews on Newsnight 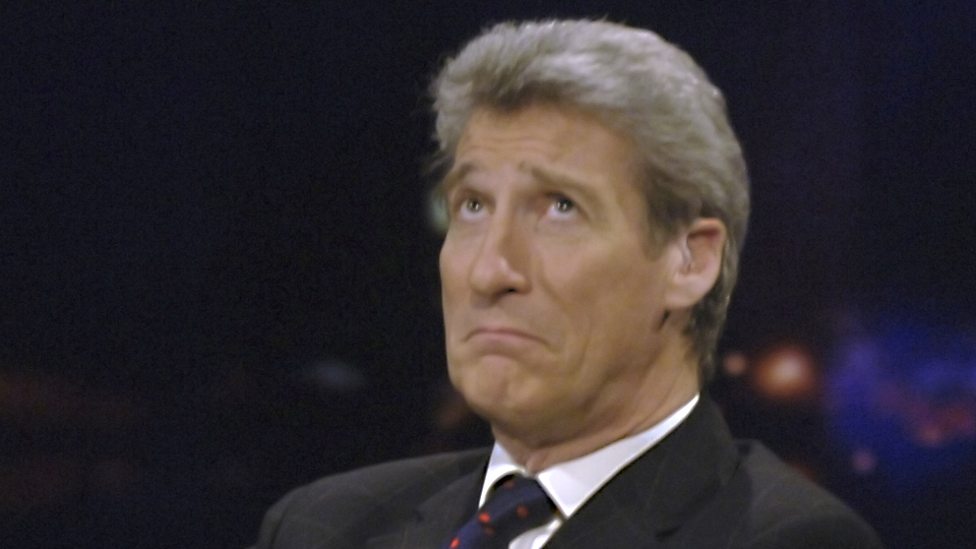 When Jeremy Paxman left Newsnight in 2014, we all gorged again on his brilliantly awkward 1997 interview with former Home Secretary Michael Howard. But it's not always politicians who get given a hard time by the Newsnight team, past and current. Musicians can also be a tricky bunch and plenty of equally difficult moments have occurred when they've been invited into the unforgiving environment of the current affairs programme.

1. When Damon Albarn was asked about Oasis

That's not a very grown-up question for Newsnight"
Damon Albarn

As a means of getting a telling response, Newsnight culture correspondent Stephen Smith relishes asking musicians questions they'd rather not answer, and his technique can be brilliantly effective. Here, however, it's not a Smith question that irks Blur's Damon Albarn, but one that he's passing on from Newsnight's editor, Ian Katz. Before the clip starts, Smith says to Albarn: "Our editor would like to know who you think was better - you lot or Oasis?" Albarn responds: "Well, that's not a very grown-up question for Newsnight, is it?" But Smith gets his answer, and it's a scoop - of sorts. "I think Oasis were better - better at communicating who they were than we were."

That's not a very grown-up question for Newsnight"
Damon Albarn

NEWSNIGHT: James Blake on Mercury winning album: 'I did it all myself'

Etiquette dictates that winners of the Mercury Music Prize must seem almost embarrassed to have won (music is always the winner), which never makes for particularly fascinating post-ceremony interviews. Here, Stephen Smith meets a coy James Blake for an excruciating couple of minutes in which they discuss whether the electronic musician has "seen off" David Bowie and Arctic Monkeys ("that's not the words I'd use," says Blake), and if his 2013 winning album, Overgrown, is "a howl of pain about England and the planet today or is it more ambient chillax". Blake: "Chillax? That's progressive for Newsnight..."

3. When Mark E. Smith discussed the legacy of John Peel 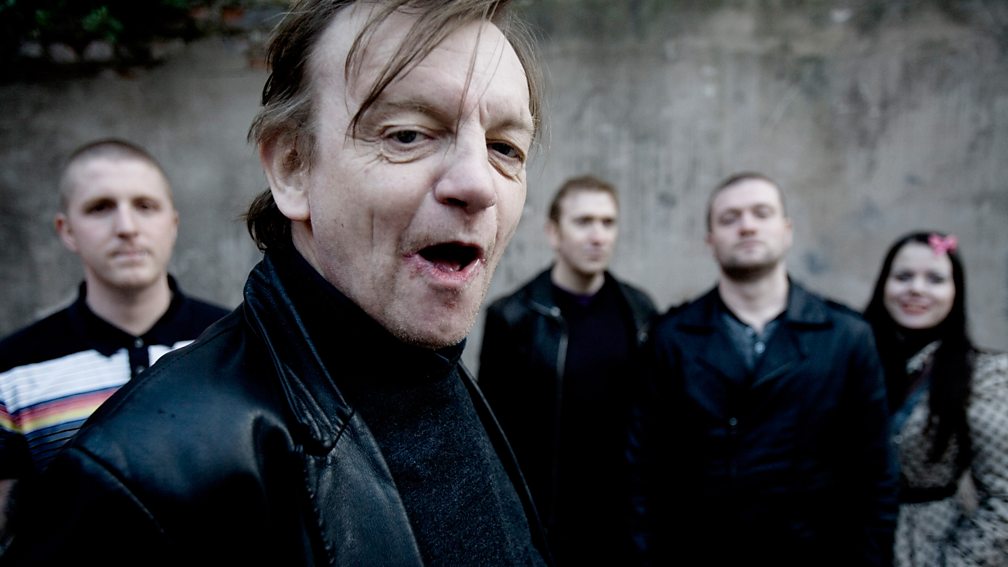 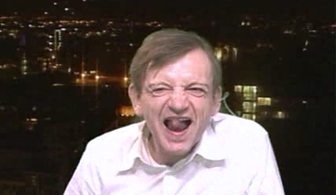 Back to 2004 now and The Fall's Mark E. Smith is invited onto Newsnight alongside Michael Bradley of The Undertones to talk about the legacy of John Peel, who had just died. A car crash ensues, through no fault of Smith's. As he later recorded in his book, Renegade: "I couldn't even hear myself, that's why I probably appeared mad. I didn't understand what the f*** was going on. But my mam liked it." As, you can be sure, would have Peel himself.

Pete Doherty interview - part two - BBCSkilled journalism from Kirsty here as she startles Pete Doherty by telling him she'd spoken to his mum the day before their interview. "Oh, really?" replies Pete, and there's another surprise in the tank: Kirsty has a letter from Pete's mum, which she reads out. His reaction and body language speak volumes. They go on to talk about family, drug addiction and the dissolution of The Libertines. "They left me by the side of the road in a plastic bag," Pete says.

Skilled journalism from Kirsty here as she startles Pete Doherty in 2007 by telling him she'd spoken to his mum the day before their interview. "Oh, really?" replies Pete, and there's another surprise in the tank: Kirsty has a letter from Pete's mum, which she reads out in full. His reaction, knowing looks into the camera and body language speak volumes.

They go on to talk about family, drug addiction and the dissolution of The Libertines. "They left me by the side of the road in a plastic bag - all kinds of bitterness," Pete says. Only then does he put down his guitar.

Dizzee Rascal appearing with Baroness Amos in the wake of Barack Obama being elected President in the US, November 2008, would end up becoming another classic Newsnight moment. The discussion is serious - they cover political parties in Britain, gender, race and nationality - but there are comedic moments, not least when Paxman suggests that Dizzee run for office. "See, that's a very good idea," he replies. "I might have to do that one day. Dizzee Rascal for prime minister, yeah? What's happening!?" Cue a very pregnant Paxman pause.

6. When Sting got grilled about his carbon footprint 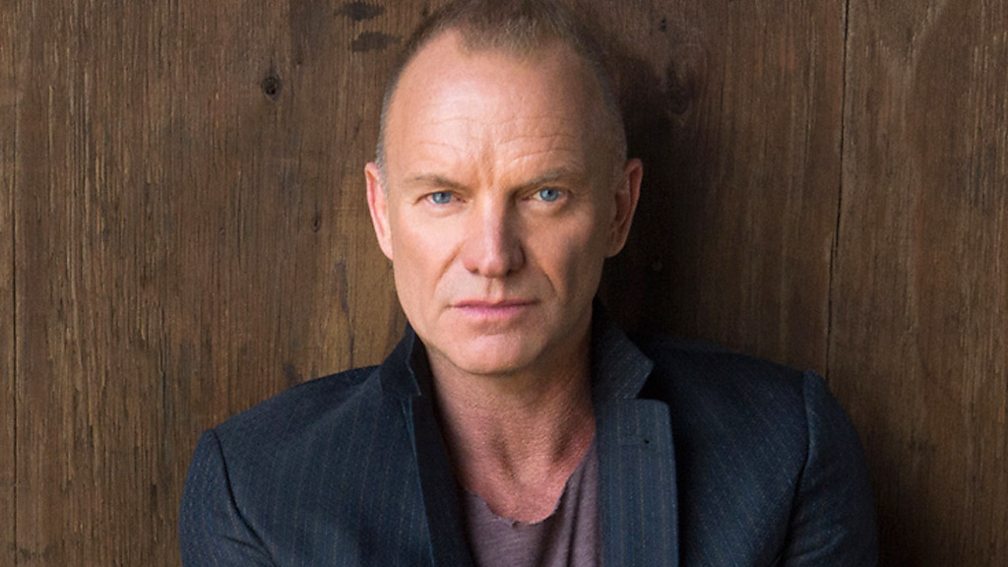 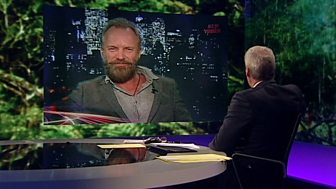 Paxman really goes for Sting in 2009, suggesting he's a hypocrite for being an environmental campaigner while also having a considerable carbon footprint. "As long as you're open to the accusation of being a hypocrite, it potentially damages those causes with which you are associated," says Paxman. "I just speak my mind, and whenever I'm asked a sensible question, I try and give a sensible answer," is Sting's loaded response.

7. When Rufus Wainwright forgot the name of his favourite Lou Reed song

There's a song, er, that I love that, er... I can never remember the title"
Rufus Wainwright

Singer-songwriter Rufus Wainwright always comes across as being astonishingly uninterested during interviews, as if doing them is a bit of a bore. He stumbles here when asked by Jeremy Paxman for his favourite Lou Reed song, as part of a TV eulogy to the former leader of The Velvet Underground. It's a question he probably could have prepared an answer for; instead, he ends up saying, "Errrr, well, I was listening a lot to Pale Blue Eyes recently and also there's a song, er, that I love that, er... I can never remember the title."

But he more than makes up for his terrible memory by singing a few lines of the song (After Hours by The Velvet Underground) to a delighted Paxman.

There's a song, er, that I love that, er... I can never remember the title"
Rufus Wainwright