Legendary 70s sticksman and 80s pop troubadour Phil Collins is back! At a press conference at London's Royal Albert Hall on 17 October the former Genesis man said he'd been persuaded to come out of retirement and return to the musical fray by his children. The 65-year-old revealed he'd not been up to much in the last six years since making Going Back in 2010... aside, that is, from an aborted attempt to collaborate with Adele.

The idea had been mooted between the pair, Adele sent him a piece of music to work on, then she promptly "disappeared". Collins said: "I was frantically writing it. I didn't finish the thing and she never got to see what I did." Alas, the timing was all wrong.

Let us not lament on what might have been, but instead imagine a world where the following planned collaborations circumnavigated all obstacles and came to fruition, like this little get-together between Ronnie Wood and Geri Halliwell. 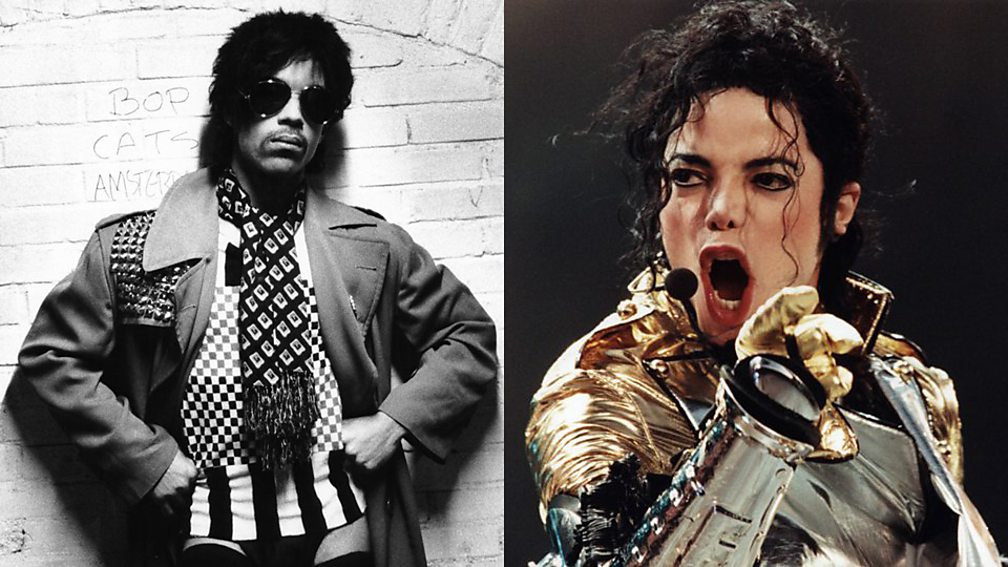 No male popstar was bigger than Prince in the 1980s, except Michael Jackson, whose King of Pop epithet was entirely justified. Their rivalry was said to be friendly but fierce, and on one occasion when together, Prince apparently played slap bass at Jackson until the latter got fed up and left in a huff. It's amazing to think these (figurative) giants almost worked together, and more amazing still to consider Bad had originally been intended as a duet between the pair.

Jacko went onto have a massive international hit, while Prince retained his butt.

[READ] In his own words: 10 things Prince taught us
[LISTEN] Michael Jackson: Minimix 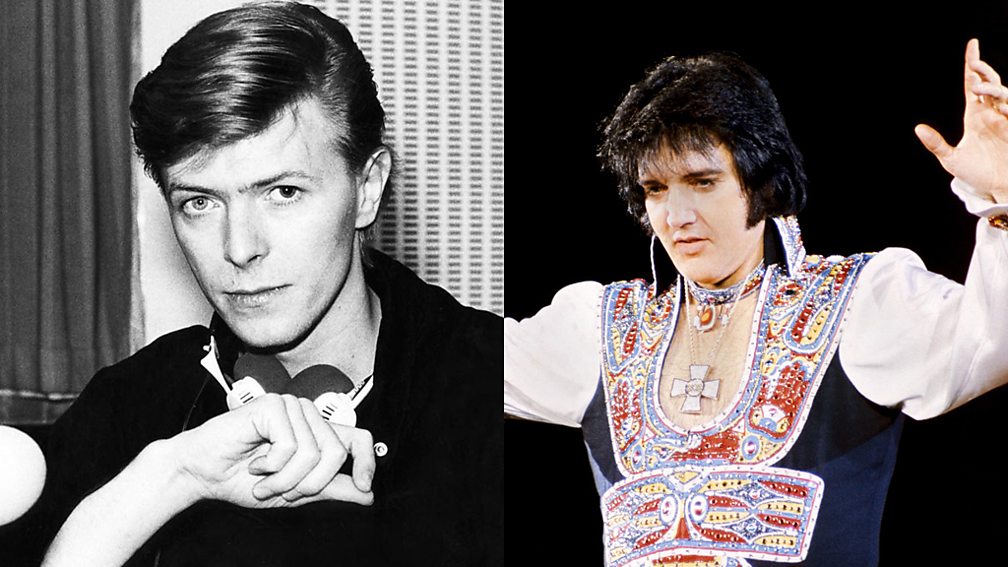 David Bowie and pop's most successful singer Elvis Presley shared a birthday, and due to the King's untimely death that's all they shared. Bowie's 1975 hit Golden Years - written during the excesses of Station to Station - was offered to Presley who apparently turned it down. The story doesn't end there, though; Elvis then called the Thin White Duke and asked him to produce his next album.

Country singer Dwight Yoakam, who bonded with Bowie over their mutual admiration for the King, revealed the planned collaboration in an interview a few weeks after Bowie's death. "I couldn’t even imagine 1977 David Bowie producing Elvis," he said. "It would have been fantastic. It has to be one of the greatest tragedies in pop music history that it didn't happen; one of the biggest missed opportunities."

[LISTEN] Bowie at the Beeb
[READ] When Elvis met Nixon

3. Slash and The Stone Roses 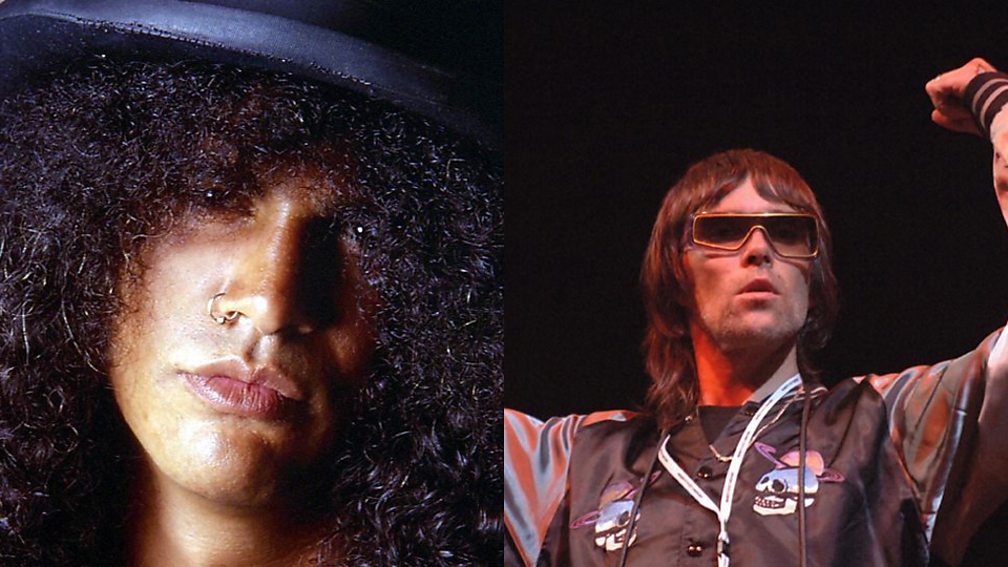 A rumour had long circulated that Slash had wanted to join Madchester indie darlings The Stone Roses during the 90s, and stand-in guitarist Aziz Ibrahim confirmed as much in August. The session musician, also known for his work with Simply Red, said Ian Brown, Mani and Reni had wanted to annoy John Squire on his departure in 1996, and what better way than to replace him with one of rock's greatest icons? The manager of the Stoke-born Guns N' Roses ex-guitarist also apparently had ambitions to manage the other Roses, making a hook-up all the more likely, but following an audition and some rehearsal time, the band decided they couldn't work with a man in leather pants. Thus, the phwoar of the Roses was not to be. 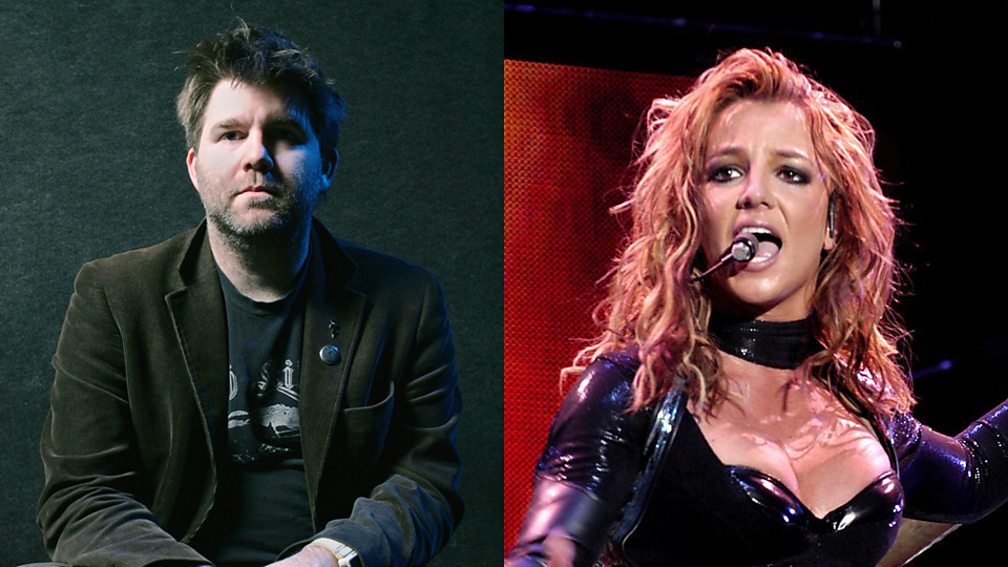 It was a collaboration that had the potential to blast Britney's indie credibility into the stratosphere, but in the end the Mississippi-born singer wasn't so keen to Work B****. LCD Soundsystem's James Murphy revealed he and Britney were thrown together to write songs for her 2003 album In The Zone, which spawned the monster hit Toxic, and initially things went well. "It was very strange," he told New York magazine. "We were both lying on the floor, head-to head, working on lyrics in a notepad. She seemed eager to please, but it went nowhere. She went to dinner and just never came back." 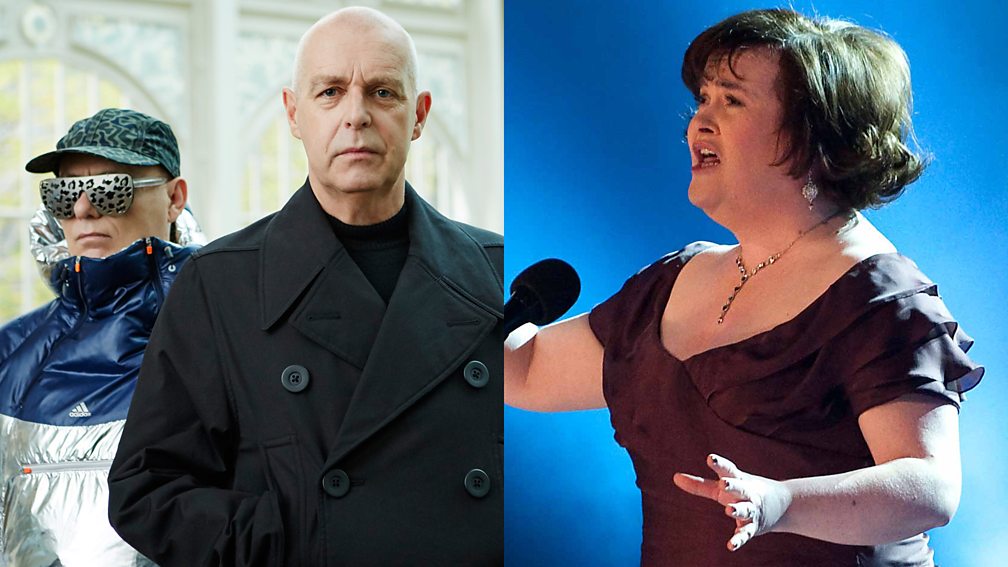 In one of the unlikeliest hook-ups on this list, Neil Tennant revealed he wanted to perform with Susan Boyle at Glastonbury 2010 when the Pet Shop Boys played the Other Stage. Tennant told Classic FM that he'd approached the manager of the Britain's Got Talent finalist with the idea of performing the late Dusty Springfield's part on their hit duet What Have I Done To Deserve This? Alas, the management company decided it would be a bad idea, and in the end Tennant agreed, noting that SuBo might find Glastonbury "a bit weird" if she'd not been before.

The Pet Shop Boys dreamed a dream but the Pet Shop Boyles was not to be. In the end they went with a virtual Dusty, who did the job magnificently.

Conspiracy theories about Jimi Hendrix's death are more tedious than most conspiracies, especially when you consider time could be better spent imagining the weird and wonderful things the guitarist might have got up to had he not died in 1970. It was a well-known fact that he planned to work with experimental jazz great Miles Davis (as well as celebrated jazz arranger Gil Evans), but it only came to light in 2013 that Hendrix and Davis had sent a telegram to Paul McCartney asking him to show up with his bass in New York one weekend at the end of October 1969. McCartney was apparently on holiday and may never have received the message. What the most musical Beatle and two of the most innovative musicians the world has ever known would have come up with boggles the mind.

[LISTEN] From the Archive: Jimi Hendrix on the bands he started out with
[LISTEN] Blue Canvas: The Artist Miles Davis
[LISTEN] Desert Island Discs: Paul McCartney 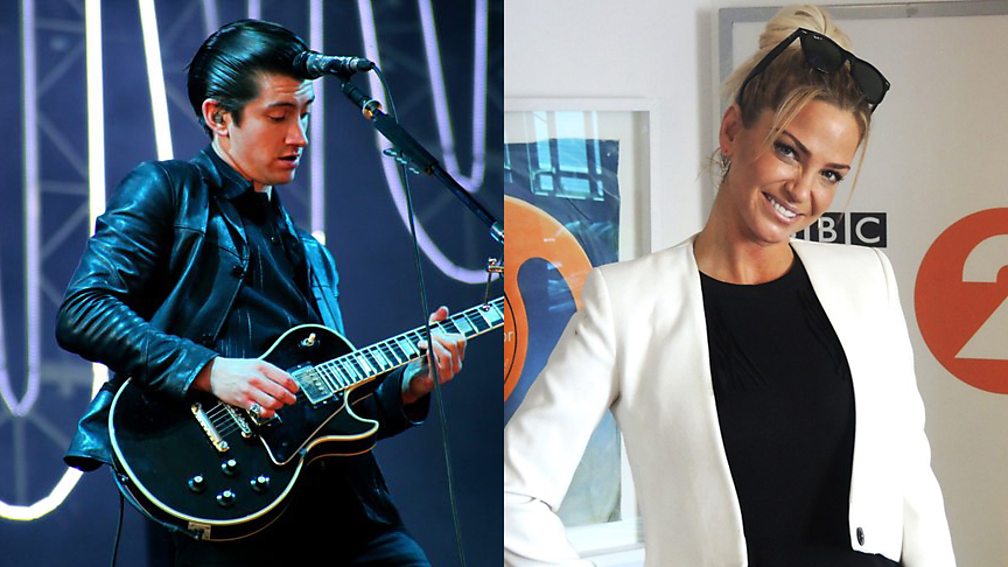 One's a pop band that formed on the telly, the other an indie group that built a fan-base via MySpace. You might not have thought noughties Girls Aloud and Arctic Monkeys would have had much in common, but on being presented with an award at the NME Awards in 2007, the Arctics revealed they had booked two weeks' studio time in Wales to record with the Girls (and specifically Sarah Harding). Having played a cover of Love Machine at plenty of gigs, one assumes this wasn't just lip service, though whether any recording ever actually took place is debatable. Certainly no recorded evidence has ever surfaced. 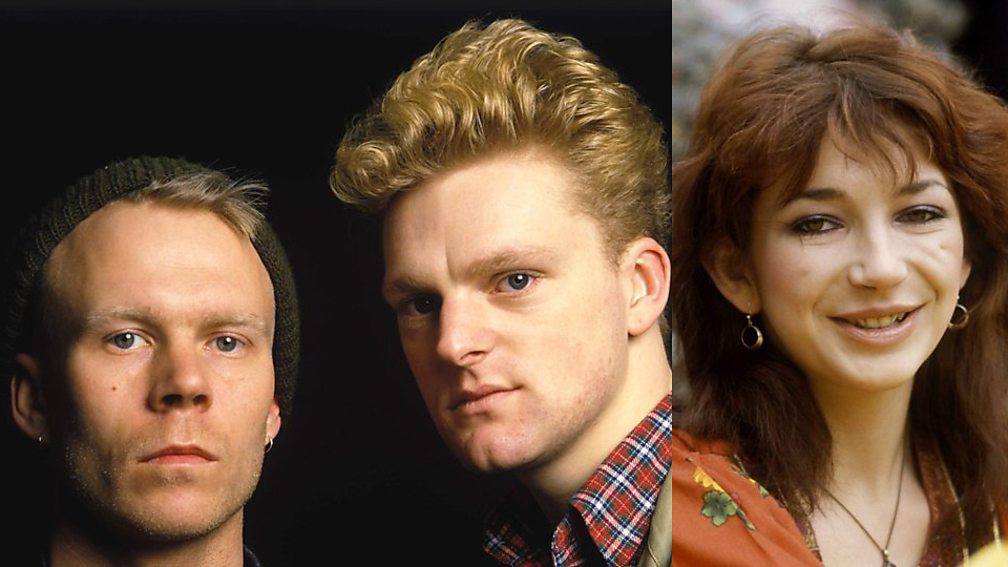 Some collaboration bucket lists can run into the fanciful, which Erasure must have realised when they approached the famously self-sequestered singer Kate Bush. But it nearly became a reality. Vince Clarke told The Quietus in 2009 that Erasure had asked Bush to produce one of their albums, though ultimately she couldn't commit. "We got to meet her and everything," he said, "but she didn't feel that that was her area. It would have been great if she could have done it, but that's just the way it goes." 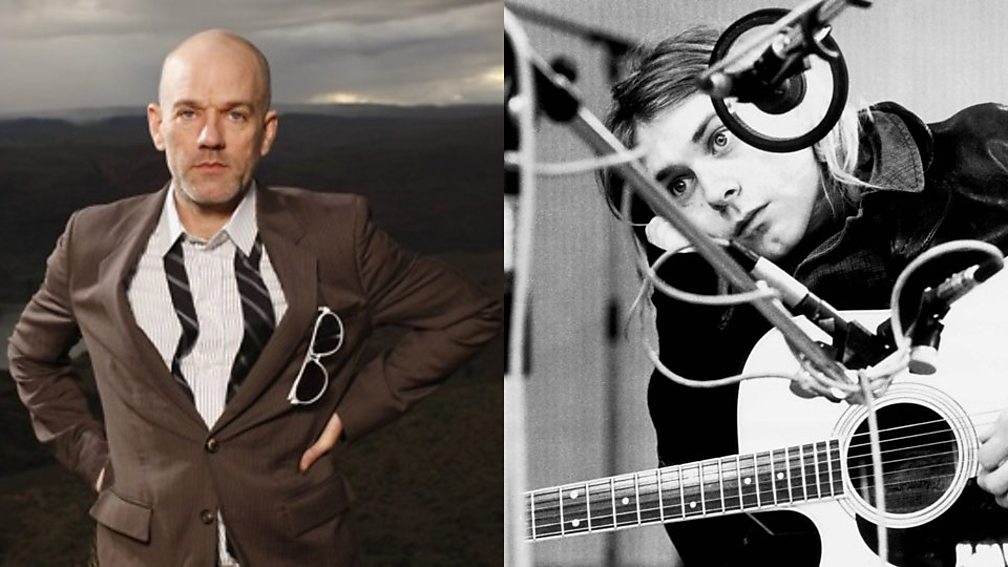 A rock-star friendship that might have produced a beautiful musical collaboration instead ended in tragedy. Kurt Cobain had been a huge R.E.M. fan growing up, and he and Michael Stipe had become friends at the peak of Nirvana's popularity in the 90s. Stipe set up recording time for himself and the Seattle frontman in a last-ditch attempt to get Kurt out of his funk and ultimately "save his life".

"The collaboration was me calling up as an excuse to reach out to this guy. He was in a really bad place," Stipe told Interview magazine. "I constructed a project to try to snap Kurt out of a frame of mind. I sent him a plane ticket and a driver, and he tacked the plane ticket to the wall in the bedroom and the driver sat outside the house for 10 hours. Kurt wouldn’t come out and wouldn’t answer the phone."

Kurt took his own life in April 1994 and the collaboration was not to be. 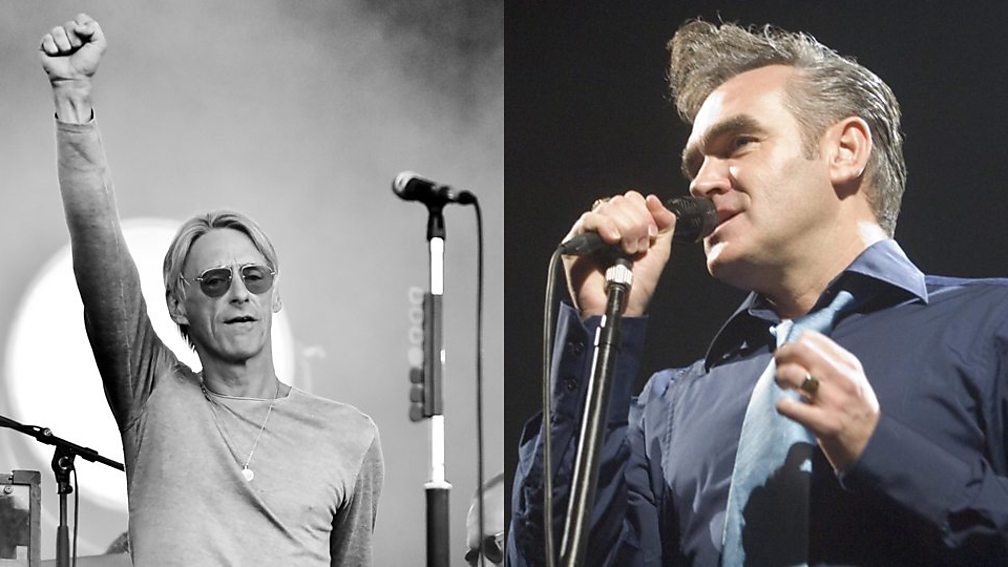 Everybody knows about Morrissey's love and patronage of the New York Dolls, but it's a lesser known fact that The Smiths' singer is also a massive fan of The Jam and has gone on record several times to proclaim Paul Weller's genius. While staying in the same hotel ahead of Madstock in 1992, Morrissey - in true Morrissey fashion - furtively slipped a postcard under Weller's door positing the idea of a live duet between the Modfather and the Mozfather.

"The thought of us on stage together is positively hallucinatory," he wrote. When Weller then attempted to contact Morrissey back, he discovered the Manchester singer had already checked out of his digs. Any chance of a union between them looks unlikely now, after Weller told Mojo: "I'm certainly not a fan of Morrissey's solo stuff. It's a weird thing, because he's a bit of a fan of mine. But it's not reciprocated. It bugs me, I don't want to diss him in print, but he's a quintessential Englishman, but lives in LA." 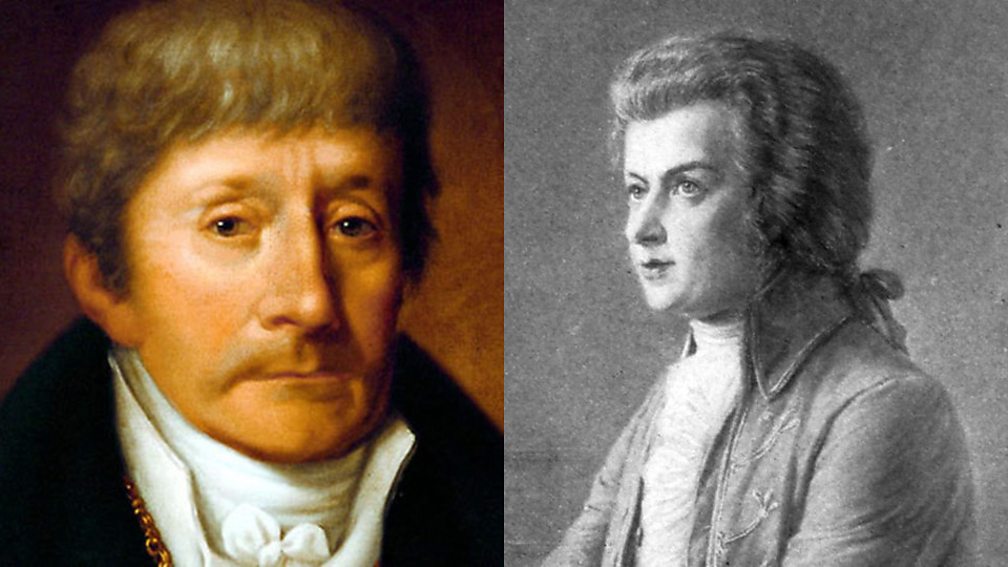 And finally to another famous Moz. This is not exactly a pop collaboration, though it's often been asserted that Mozart was the Elvis of the 18th century. His relationship to fellow composer Antonio Salieri has come under much scrutiny, and has been the source of much myth-making too, including the long - and largely discredited - belief that Salieri had a hand in Mozart's untimely death (he was alleged to have poisoned the genius).

If this sounds like a baroque version of a hip hop feud, then it goes deeper, as musicologist Timo Jouko Herrmann found irrefutable evidence at the Czech Museum of Music that the pair had written the four-minute cantata Per la Recuperata Salute di Ofelia together (with the help of another author, Cornetti), proving a shared creative bond. It was no doubt grudgingly agreed during the sessions that Mozart had the best flow.