8 moral panics in music that no one talks about anymore

Music has been accused of affecting its audience in many strange ways over the years, sometimes with good reason.

But some of the most hysterical tabloid reactions and government attempts to clamp down on the art of popular song can look a little hysterical with the benefit of hindsight.

Looking back on the controversies around backwards messages hidden in music, it's not clear whether the messages (often citing Satan, but rarely seriously) were an attempt to be scary or a cocked snook to concerned ministers who made a fuss about them in the first place. Eventually a kind of perpetually bemused stand-off would ensue between artists and conspiracy theorists such as David John Oates, whose claims included the idea that AC/DC's Highway to Hell contains the reversed messages "my name is Lucifer", and "she belongs in hell". Angus Young's pithy response to that, in MOJO magazine, is worth noting: "It was the moral majority's idea to play the record backwards but you didn't need to play it backwards, because we never hid it. We'd call an album Highway to Hell, there it was right in front of them."

One thing is for sure, this is a phenomenon that made most sense during the peak years of vinyl, as neither CD nor cassette had the same easy capability to be played backwards. There again, most audio editing software can reverse sound files at the drop of a hat, so you'd think it would be a boom time both for the reversed message and the people openly worrying about them. But apart from some confusion as to what Missy Elliott was singing in the backwards bits of 2002's Work It (it is, "I put my thing down, flip it, and reverse it"), the idea that reversed messages will send impressionable listeners down a dark path has been largely laid to one side.

In 2008, the teen subcultures of emo and goth were under attack. In the UK, the Daily Mail ran an editorial with the headline, "Why no child is safe from the sinister cult of emo," while the rock and metal music press occasionally struggled to make room for the key bands of this new youthful movement - most notably Fall Out Boy and My Chemical Romance. But in Russia, this "dangerous teen trend" was considered so worrying that the State Duma debated regulating emo websites and banning emo and goth clothing in schools and government buildings.

This meant a concerted effort had to be made to define what emo clothing actually is, with the bill noting staples such as black and pink clothing, studded belts, painted fingernails, ear and eyebrow piercings, and black hair with fringes that "cover half the face". Alexander Grishunin, adviser to Yevgeny Yuryev, who sponsored the bill, told the the Guardian: "The point of the bill is so that by 2020, Moscow will have someone to rule its government. This is the first step in the public discourse." 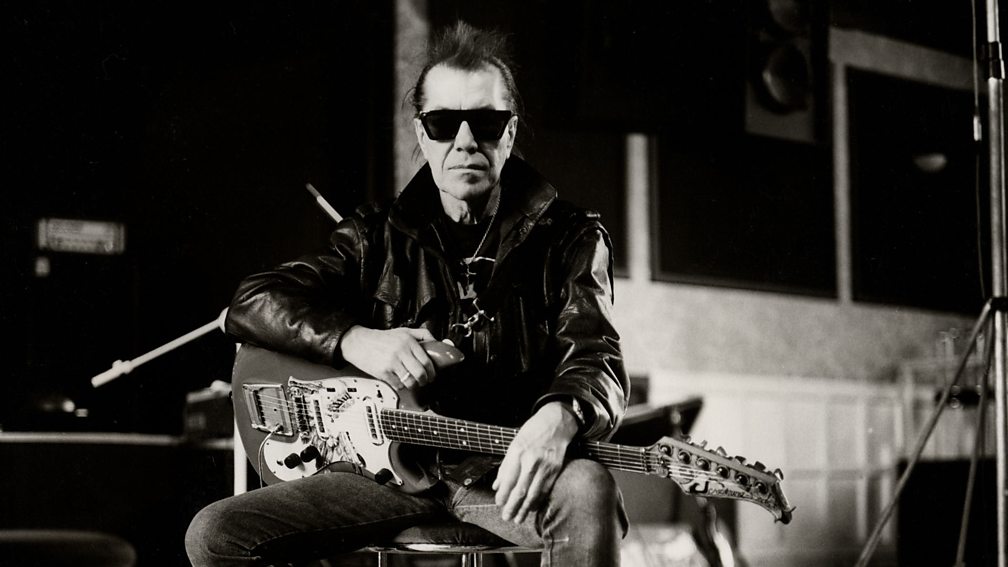 Link Wray’s 1958 song Rumble is named after a slang term for gang fights, and sounds suitably threatening. His guitar, which does little except draw angular shapes that hang insolently in the air, is dirty, fuzzy and as a sharp as, well, a blade; a sound created by Link attacking the speaker cone of his amp to try and recreate the intense atmosphere of the night he was forced to improvise the song onstage. It's heavy stuff, and all the more evocative as a piece of music because it has no words. The only context given to that sound is its title which could equally apply to the buzzing threat coming out of that amp.

But it was released during a national concern in America over teen gangs, a worry which would also fuel movies such as Blackboard Jungle and The Wild One, and the musical West Side Story. And it was the latter that inspired the stepdaughter of Wray's label boss Archie Bleyer to offer the word rumble as a potential title, as the sound reminded her of a dance/fight sequence of the same name in the acclaimed movie. Radio stations in New York and Boston were so spooked by the song they banned it, in case hearing it on air might provoke actual battles. Needless to say, if it ever did work as a literal rabble-rouser, it doesn't any more.

A country at war has very different priorities to one at peace, so it does make a kind of sense that the BBC should be mindful of the timing of certain sections of its musical output, in case a certain song might have an adverse affect on the war effort. Bing Crosby's 1942 recording of Deep in the Heart of Texas was one such song. Its message is benign, being largely an ode to the sights, sounds and smells of the Lone Star state. What concerned programmers at the BBC was its hectic hot jazz tempo and the bangs and clanks worked into the arrangement, just before Bing sings the title line.

The worry was that workers in factories may become so caught up in the giddy rhythm that they'd bang their tools in time, risking not only damage to the tools themselves, but potentially causing a decrease in productivity. Quite what they'd have made of office workers skiving off to do the Harlem Shake is beyond comprehension.

If that story seems rather quaint, remember it's only as recently as 1990/91 that artists were strongly encouraged to change their names and song titles in order to be played on the radio during the first Gulf War. Certain songs were marked as unsuitable on both sides of the Atlantic, including Cutting Crew's (I Just) Died in Your Arms Tonight and Everybody Wants to Rule the World by Tears for Fears.

And it wasn't just the song titles. Bomb the Bass struggled to get airplay for their new single Love So True, even after re-releasing it as a solo single by Tim Simenon, and probably because of this, Massive Attack voluntarily became Massive, a decision explained by co-founder 3D in 2003, on the eve of the second Gulf War: "Our manager gave a pretty compelling case, which was that people might misunderstand the name and think we were actually potential supporters of the war."

When asked if he regrets it, he replied, "I did for a while. But... because of the escalation now, again, in the Gulf, I thought, 'Maybe we should drop the Attack from the name again as an anti-war statement.' Then I thought, 'Well, no, 'cause that buys into the ridiculous idea that it's offensive' - when the real offensive issue is the war itself. People use anything to distract themselves from the reality, you know."

[LISTEN] Why has Bob Dylan won the Nobel Prize for Literature?

In 1968, America was a divided nation, and Bob Dylan was a young folk singer with a knack for writing barbed and inquisitive songs that addressed key issues of the moment: civil rights, war, injustice and whether things would blow in a wind. But there was one thing he did that really got on people's nerves, particularly in El Paso, Texas, and that was to sing those songs in a grainy voice that swooped up to notes like the first rev of a two-stroke lawnmower.

There's a fondly retold story that one radio station - possibly the Top 40 station with the gloriously fishy name of KELP - banned all of Bob's recordings because they simply didn't understand a word he was singing and were concerned that he might be up to no good. Cover versions were fine, but not the full insurrectionary power of the man himself, whatever he was on about.

People do get hot under the collar about singers who only pretend to sing (although as the clip above suggests, it's positively encouraged in Bollywood movies in India). But even the controversy surrounding Beyoncé's performance at President Obama's 2013 inauguration did not result in a nationwide ban on miming during large cultural events. However, in 2005, President Saparmurat Niyazov of Turkmenistan took the strident step of banning all lip-synching - and indeed all recorded music - on television, at public events, on car radios and even during weddings. He had already banned opera and ballet, claiming they were "unnecessary".

In a decree published in the official daily newspaper Neitralny Turkmenistan (Neutral Turkmenistan), he said the ban was intended to "protect true culture, including the musical and singing traditions of the Turkmen people". He later added on state TV: "Unfortunately, one can see on television old voiceless singers lip-synching their old songs. Don't kill talents by using lip-synching... create our new culture."

[LISTEN] Justin Bieber tells off his fans in 2016

This might be the most polite moral panic in music history. Justin Bieber's wild years are exceptionally well-documented online, with fans openly worrying about his well-being during a spate of high profile episodes that led to a petition being handed in to the White House in 2014 asking to have him banned from America. However, three years later, Justin turned things around and made a startling pop comeback, not least with songs that hinted at contrition, such as Sorry.

None of which was enough to secure permission to perform in China in 2017. According to the Telegraph, a fan asked the Beijing Municipal Bureau of Culture why his world tour would not be calling at any Chinese locations, and they received the following reply: "Justin Bieber is a gifted singer, but he is also a controversial young foreign singer. In order to maintain order in the Chinese market and purify the Chinese performance environment, it is not suitable to bring in badly behaved entertainers. We hope that as Justin Bieber matures, he can continue to improve his own words and actions, and truly become a singer beloved by the public."