Behind the facade: 7 family bands with tragic stories

Music history is filled with family bands, from the The Carter Family and Staple Singles all the way up to Haim and Kings of Leon. There's a natural chemistry that you can sense when they play, and few things sound more gorgeous than relatives singing perfectly together, creating what's called a blood harmony.

With family bands, though, often comes creative disagreements and fierce competition, sometimes leading to tragedy, and that can be exacerbated if the group starts out very young and is forced to grow up in the full glare of fame. Here are seven clean-cut groups whose smiles disguised severe turmoil behind the scenes.

[LISTEN] The Beach Boys introduce themselves to the UK

There is a reason why Brian Wilson's greatest songs for The Beach Boys are as riddled with happiness and beauty as they are - even his sad songs are comforting. As young boys, he and his brothers Dennis and Carl had learned that the only way to appease their spectacularly grumpy father Murry was to sing and make music. Murry was a songwriter of no great renown. He had lost an eye in a factory accident, and was the beneficiary of his own father's lack of patience and violent temper. Each of the Wilsons would later recount how poorly they'd been treated by Murry - Peter Ames Carlin's 2006 book Catch a Wave records that he hit Brian in the head, leaving him partially deaf - and all of them agreed that the key to his heart was sweet, sweet music.

Consequently, he was perfectly placed to help his boys (and his nephew, their cousin Mike Love) secure a record contract when they worked out a tune called Surfin' one evening in 1961. He could even manage their affairs, but the band's immense popularity sat badly with him. He'd disrupt recording sessions for no good reason, or fine members of the band for lack of manners, and at no point did he seem to appreciate the standard of musician his son had become. He even sold Brian's publishing company without telling him, for a sum that felt cheap then, and now seems preposterous. And when he was eventually relieved of his duties, he went out and got another band of five harmonising young men, called them The Sunrays, and promised Brian their career would leave his in the dust.

Pass the Dutchie by Musical Youth is one of pop music's few worldwide reggae smash hits. A No.1 in the UK and a Top 10 in America - where it was the first record by a black artist to be playlisted by MTV - it catapulted a bunch of talented kids from Birmingham into the big leagues. But their instant success was not easy to deal with.

There were initially two families in the band, the Waites (Patrick on bass and Junior on drums) and the Grants (Michael on keyboards and guitarist Kelvin, the little kid in the beret who did all the toasting in the musical breaks). When they formed, they played as Junior and Patrick's dad's backing band, then they brought in singer Dennis Seaton to complete the lineup and sign a record deal.

Pass the Dutchie was their calling card, selling 5 million copies, but within 18 months the hits were starting to dry up. The two families began bickering over what to do next, which made their record company pull back, especially once lawyers got involved. Money was tight. Both of the Waite brothers displayed eccentric behaviour, with Patrick first being hospitalised, then arrested for petty crimes. He died suddenly of hereditary heart failure while awaiting trial, aged just 24. Junior, meanwhile, had entirely withdrawn, and was even sectioned for a time.

Michael and Dennis have recently reformed the band, but speaking to the Guardian in 2003, a hardened Michael summed up their early career with a weary shrug: "Black artists get ripped off, child stars get ripped off. We were doomed from the start, really." 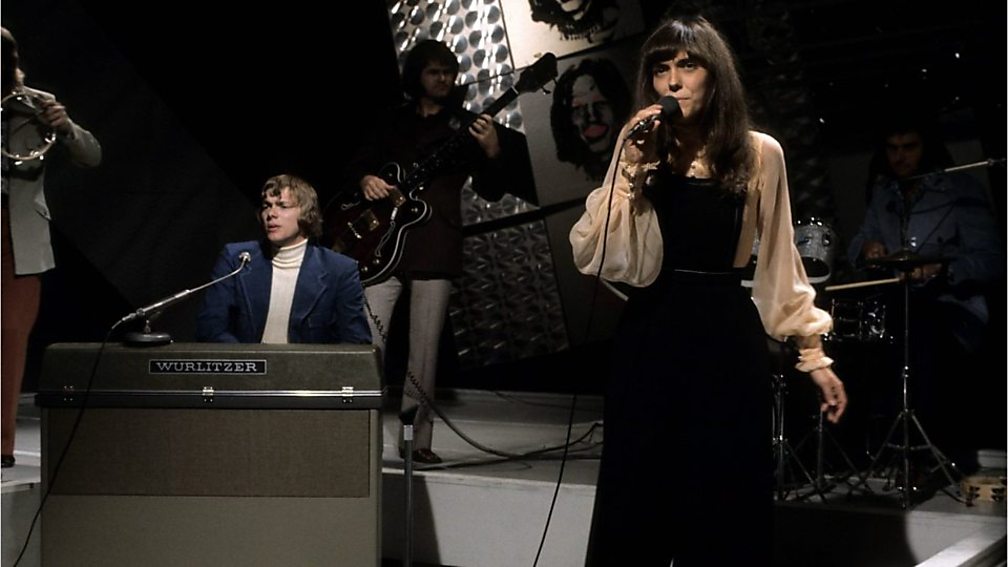 The Carpenters were unthreatening, lovable family entertainers who became one of the biggest-selling American pop acts of all time, selling over 100 million records. A fusion of Richard's talent for arranging and Karen's peerless voice, their songs made perfection look easy. However, tension and envy were never too far from the surface.

For Karen, what began as dieting developed into an eating disorder and, after a steep decline in her weight, a medical intervention was required in 1975 to restore her to health. But by 1980 personal problems, including an unhappy marriage, seemed to put her right back where she started.

She did seek treatment in 1981, and once again gained weight, but collapsed in her home and died in February 1983. The coroners report said she had died due to, or as a consequence of, anorexia nervosa. 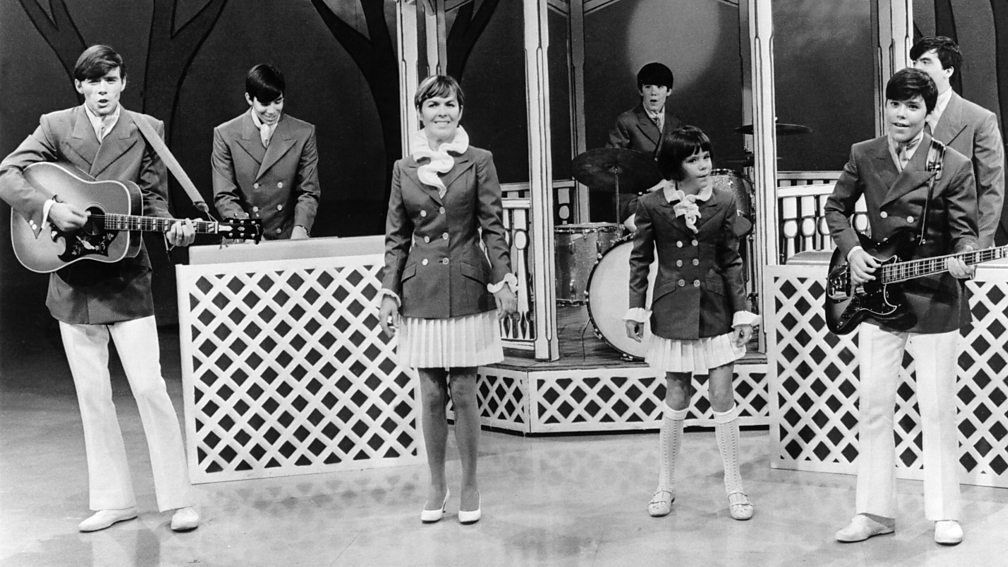 The Cowsills were an all-American family band best known for their 1967 hit The Rain, The Park and Other Things. They formed around a nucleus of Billy, Bob, Barry and John Cowsill, then they were joined by younger siblings Paul and Susan and their mother Barbara, appearing on American chat and variety shows and even securing their own TV special. The lone fly in their ointment was the family's patriarch Bud Cowsill, a strict disciplinarian who struggled to control his temper and his drinking.

Our dad ruined the band, and destroyed many of our lives
Bob Cowsill

Bob Cowsill told The Reno Dispatch: "Our dad was a tough guy. If you didn't say, 'Yes sir,' you'd get smacked. He ruined the band, and destroyed many of our lives. He wouldn't even let my twin brother Richard in the band. He and my dad had it in for each other. It was terrible that he wouldn't let Richard join in, I know it broke his heart."

Their unique lineup and on-screen appeal had caught the eye of TV producers, who wanted to create a series around the band. Bud scotched the deal, so they hired actors to play a family instead, creating The Partridge Family in the process. He also cost the band its lead singer, sacking Billy after the pair had a violent fight that nearly got Bud arrested. And he failed to put aside their earnings, so as soon as the hits dried up, so did the money.

"The public never knew what was really going on in our family," said Bob. "We were all victims of his abuse, mental and physical... We would have had 20 more hits. We were just getting started."

Our dad ruined the band, and destroyed many of our lives
Bob Cowsill

While Murry Wilson took his musical frustration out on his sons, Joe Jackson arguably tried to toughen his boys up for a life in the spotlight. Once his sons Tito, Marlon, Jackie, Tito and Michael had shown aptitude for music, he drilled them hard and transformed them into the act he would christen The Jackson 5. He'd dispense cruel nicknames, while insisting they refer to him as Joseph and, according to a TV interview Michael gave to Martin Bashir, would act violently if they weren't up to snuff.

In later years, Michael would also admit that his upbringing, while lonely and scary at the time, did instill the fierce sense of discipline that lead to his success, both with the band and solo. His siblings were split on the topic of abuse, some claiming his actions were extreme, and others saying they were fairly typical of the time, particularly for men brought up during the Great Depression. Nevertheless, Michael admitted to being so scared of his father it could make him throw up.

Of all the showbiz families mentioned here, The Osmonds probably have the fewest dark secrets, but that doesn't mean the family has little first-hand experience of trauma. In fact, the original Osmond Brothers barbershop quartet of Alan, Wayne, Merrill and Jay first began to take payment for performing in order to fund hearing aids for their elder brothers Virl and Tom, both of whom were born with hearing disabilities.

And while the whole family rallied behind Donny and Marie Osmond for their star-studded TV shows in the late 1970s, that period also coincided with some tension, as the older brothers quietly packed away their dreams of mutating into a full-bore rock band, Donny started to experience problems with stage fright and exhaustion, and Marie found the experience of being on TV so distorting and unforgiving that she developed an eating disorder. The show's cancellation in 1979 also left the family with large debts, which they resolved to pay off in full, rather than declaring bankrupcy.

The Andrews Sisters were the most popular female vocal group of the pre-rock'n'roll era, their close-harmony singing proving to be a lasting influence on everyone from The Puppini Sisters to Christina Aguilera. But having first started performing as children, their working relationship was based on a particular family dynamic, with elder sister LaVerne acting as mediator between the feuding Patty and Maxene. This delicate balance, which saw them through their wartime peak, was badly damaged by the death of the sisters' mother in 1948 and their father (and manager), a year later.

I wish I had the ability and the power to bridge the gap between my relationship with my sister, Patty
Maxene Andrews

Lead singer Patty Andrews embarked on a solo career without telling the others, then sued LaVerne for a greater amount of their inheritance than she had been apportioned. For two years, the sisters barely spoke, a situation that was not improved when Maxene was rushed to hospital in 1954 after swallowing too many sleeping pills.

The sisters reformed in 1956, recording and touring to some acclaim, but when LaVerne died after a short battle with cancer in 1967, the group's fragile balance died with her and Maxene and Patty soon fell out again. Over Here, a successful 1974 comeback musical they starred in, was cut short when Patty's husband sued the show's composers, which took the show off the road, and Patty and Maxene never sang together again.

Shortly before she died, Maxene told the music historian William Ruhlmann that she had one regret: "I wish I had the ability and the power to bridge the gap between my relationship with my sister, Patty. I haven't found the way yet." Sadly, she never did.

I wish I had the ability and the power to bridge the gap between my relationship with my sister, Patty
Maxene Andrews