6 artists who had us fooled about their pasts 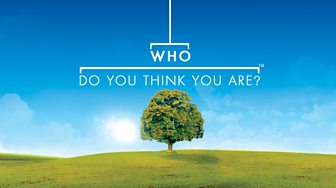 BBC One - Who Do You Think You Are?

Who do you think you are? It's a question asked of people in the public eye by the BBC One series of the same name, often throwing up fascinating personal histories. In the new series - beginning 24 November - it will be revealed that EastEnders actor Danny Dyer is related to two kings of England, and we've learned much about musicians in previous episodes, including Pet Shop Boy Neil Tennant and Annie Lennox.

As we found out in a previous article, The 6 strangest hoax acts in music (and how they almost got away with it), the history of music is littered with examples of artists being loose with the truth about who they are, often in the spirit of showbusiness, but sometimes with questionable intent. Those acts were cons that tried to get away with it; the following six are different - perfectly credible artists who seemed to try and conceal something about their pasts, then got rumbled. Does it matter? That's for you to decide.

BBC One - Who Do You Think You Are?

The perception: It's 10 years ago and, as he explains in the above clip, bluesman Seasick Steve - Steven Wold - is plucked from obscurity after a CD of his songs ends up in the hands of Andy Zammit, boss of a small UK record label, who secures Steve a spot on Jools Holland's 2006 Hootenanny. Steve becomes an overnight sensation, leading to many press interviews, in which he reveals he was born in 1941 and had spent periods of his life living as a hobo in the American Deep South and elsewhere, hopping freight trains and finding work as a farm labourer, at carnivals, as a cowboy and as a migrant worker. During his life, he had also dipped in and out of the music industry, as a session musician and producer. In October 2016, he plays Wembley, arriving at the arena in a tractor. 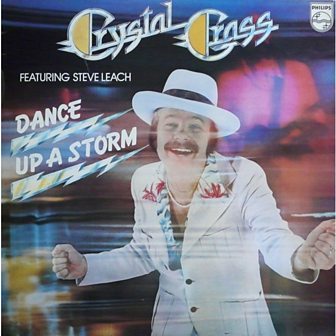 The truth: Steve wasn't born Steven Wold in 1941; his name is Steven Leach and he was born in 1951. And, according to a new biography by Matthew Wright, Seasick Steve: Ramblin' Man, he'd done a bit more than flirt with the music industry over the years. He may not have made much money, but he'd forged a varied career, beginning in the San Franciscan hippy scene in the late-60s. In 1972, he was in a band called Shanti, although, as the Guardian reported, he'd claimed he was "living and playing in Paris on the street in 1972. I was living in a park and it was real rough". He played in a string of other bands, including disco group Crystal Grass (that's him on the cover of their 1976 single I Sure Like The Change), the Beach Boys-associated Celebration and Clean Athletic & Talented, before becoming a producer in the late-80s. Among his credits as a producer is Modest Mouse's 1996 debut album, This Is a Long Drive for Someone with Nothing to Think About.

The perception: In 2011, with English songwriter Justin Parker, Lana Del Rey pens a track called Video Games and posts it on YouTube complete with a self-directed video made to look like an old Super 8 film. The song and video go viral, making Del Rey a near-instant star. In January 2012, Interscope release an album, Born to Die, which shoots up the charts to No.1 in the UK and No.2 in the US.

The truth: All the above is absolutely true. The controversy surrounding Lana Del Rey in 2011 concerned whether she'd tried to conceal - even erase from the internet - her past in the music business, and whether the organic feel of her rise to fame hadn't in fact been orchestrated by a savvy marketing team, possibly funded by her wealthy father, and possibly in cahoots with Interscope. Quickly, it was established that her real name was Lizzy Grant and she'd released a previous album as Lana Del Ray (not Rey) in 2010. Before that there had been music recorded under her birth name, and as May Jailer. She admitted that the Lana Del Rey alias "came from a series of managers and lawyers", but she has always flatly denied that Lana Del Rey is a persona, or a studio creation.

The perception: A rapper from Mississippi called William Leonard Roberts II, who had previously attended Albany State University on an American football scholarship, begins making music as Teflon Da Don in the late-90s before changing his name to Rick Ross, in ode to drug trafficker 'Freeway' Rick Ross. In 2008, The Smoking Gun reveal that - in contradiction to his portrayal in music as a gangster - Ross had worked as a corrections officer at a Florida prison when he was younger. Ross denies the allegation, telling Allhiphop: "Online hackers put my face when I was a teenager in high school on other people's body. If this s*** was real don't you think they would have more specifics, like dates and everything? Fake pictures are created by the fake, meant to entertain the fake."

The truth: Ross did work as a corrections officer, for 18 months between December 1995 and June 1997. After The Smoking Gun provided concrete proof, Ross backtracked, saying to Don Diva magazine: "Yes, it's me. I never tried to hide my past. I put my name inside my CDs. My company has my [Social Security number]. I done been up and I done been down and that's what makes me what I am." 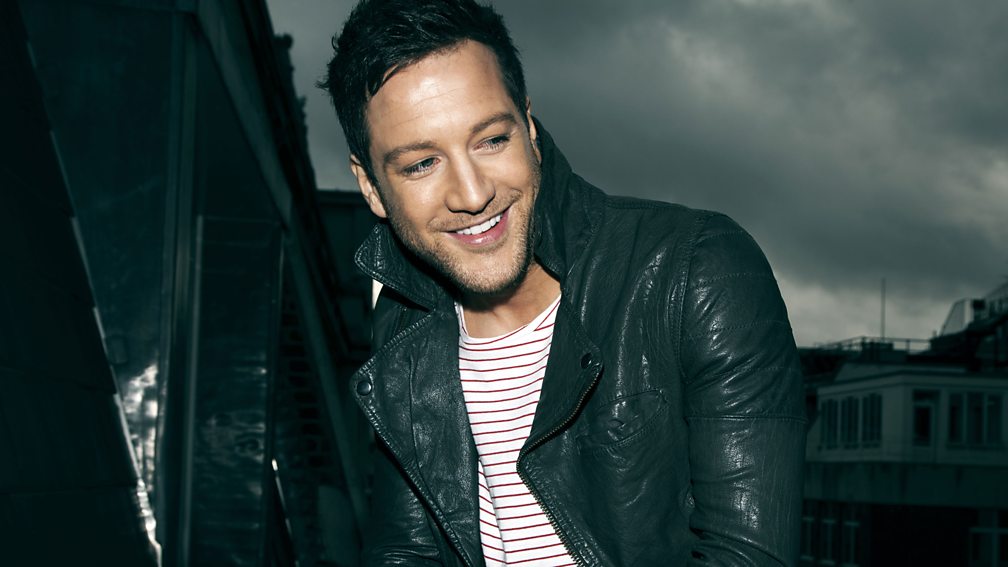 The perception: A singer and songwriter who had grown up in Essex, Matt Cardle, enters the seventh series of the X Factor in 2010, telling host Dermot O'Leary, "I've been working as a painter for a couple of years now. At the moment, I'm painting hotel rooms - it's boring, monotonous and I hate it every minute of it, to be honest. I just try and keep myself going by singing... This opportunity would mean the end of magnolia all over my face and hands, the end of brushes, the end of hotel rooms. It would be the break I need." He repeats his claim to the judges at his audition and wins the series, beating Rebecca Ferguson and One Direction.

The truth: Cardle had never worked as a painter. As he revealed to Digital Spy in October: "The painting and decorating story wasn't entirely true. I was doing anything for cash when I auditioned for that show but that sounded the best - ha ha!"

The perception: In 1997, a duo forms in Detroit called The White Stripes. They make a name for themselves locally playing garage rock before breaking through internationally with their third and fourth albums, White Blood Cells (2001) and Elephant (2003). From the beginning of their career, the band - Jack White and Meg White - use certain motifs, like always presenting themselves in three colours (black, white and red) and emphasising the significance of the number three. They claim they are brother and sister.

The truth: They weren't brother and sister. In 2001, the Detroit Free Press suggested they had been man and wife, then Glorious Noise posted their marriage certificate online in 2002. Jack White later fessed up to what he called their "open secret" telling Rolling Stone in 2005: "When you see a band that is two pieces, husband and wife, boyfriend and girlfriend, you think, 'Oh, I see...' When they're brother and sister, you go, 'Oh, that's interesting.' You care more about the music, not the relationship - whether they're trying to save their relationship by being in a band." 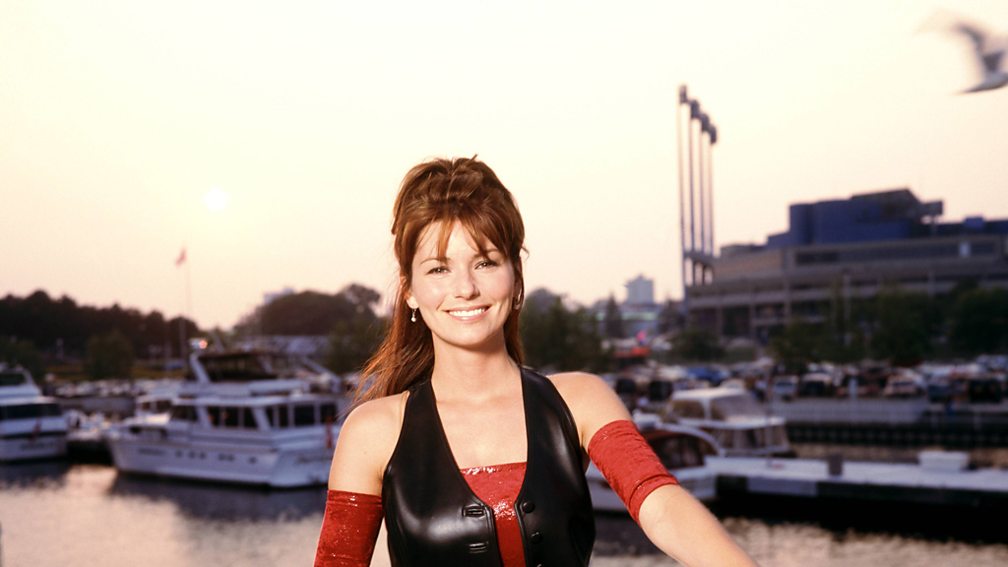 The perception: Shania Twain's second album, 1995's The Woman in Me sells 20 million copies, focussing press attention on her upbringing in Ontario, Canada, particularly her claim that she's part Native American (on her father's side). She is quoted as saying, "It is important to be in touch with your culture."

The truth: A 1996 front-page splash on her hometown paper, The Daily Press in Timmins, Ontario questioned her claimed ancestry, suggesting that Jerry Twain - an Ojibwe Indian - wasn't her father. Their report was correct - he's her stepfather, who married her mother after she divorced from her biological father, Clarence Edwards, when Shania was two. Despite Shania suggesting in 2009 that Edwards was part Cree, the country singer was forced into making a statement by The Daily Press story: ''I don't know how much Indian blood I actually have in me, but as the adopted daughter of my father Jerry, I became legally registered as 50 per cent North American Indian. Being raised by a full-blooded Indian and being a part of his family and their culture from such a young age is all I've ever known. That heritage is in my heart and my soul, and I'm proud of it.''