8 essential music books, and the reasons why

Lily Allen, Gary Barlow and Tina Turner are perfectly used to having hit records, but this year they've all found success in a different field - by releasing best-selling books. Music books are big business and important contributors to an industry that had a record-breaking year in the UK in 2017, with income up 5 per cent to £5.7bn, according to The Publishers Association.

But where to start with the wealth of music books out there? We asked eight music writers to tells us about a favourite... 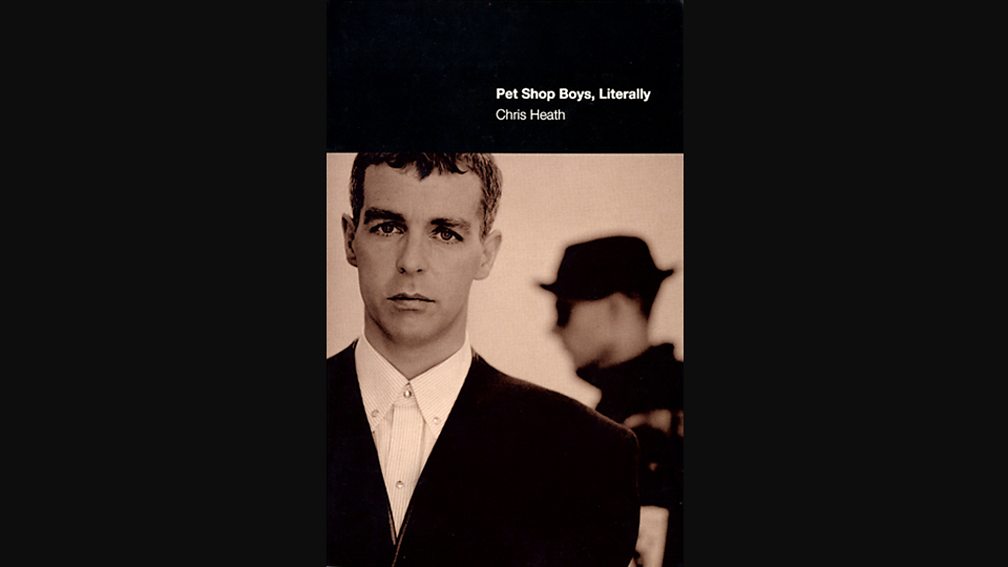 Almost Famous - AKA the lightly fictionalised life of American music writer Lester Bangs - remains the enduring music journalist fantasy. Travelling on the bus with the band, sharing a lifestyle of excess, being of sufficient cultural importance that you, too, might have your own fans. What could possibly be better? I'll tell you what: Chris Heath's 1990 book, Pet Shop Boys, Literally, in which he follows Neil Tennant and Chris Lowe on their long-awaited first tour, of Asia and the UK. There is no sex. There are no drugs. Admittedly, there is quite a bit of drinking and dancing in Japanese discos, often accompanied by Janet Street-Porter. But this superbly reported book transcends tired rock journalism cliché. It's about what it means to be a pop star, what it means to be a Pet Shop Boy - intellectual Tennant and flippant Lowe are firmly against interpretation - and how to love pop, hold it to a higher standard and subvert its expectations.

It is also fantastically dry and snarky. Pet Shop Boys disapprove of most things: Adam and the Ants, Piers Morgan, bobble hats, their own fans. They only approve of shopping and dinner. "'You do find people for whom food isn't a major issue,' acknowledges Neil, 'but for us it's completely a major issue.'" It's not always flattering, either - in the foreword, the duo express surprise at how horrible and obsessed with money they sometimes seem. To their credit, Heath's account goes uncensored, an issue that's often the subject of meta discussions between him and Tennant, captured in the book. As pop conceptualists, the Pet Shop Boys are unparalleled. Dry-witted Heath is the perfect wallflower at their chaste orgy. The only shame is that Literally is no longer in print, and that every musician working today is too scared to let any journalist write their version of Literally. 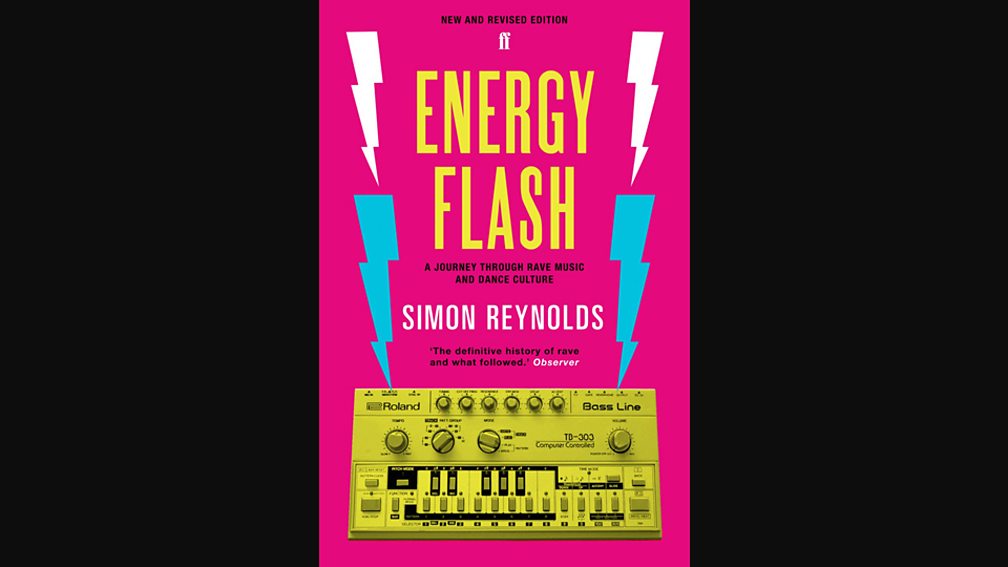 I'm not, generally speaking, a big fan of slab-like books that try to condense a whole musical movement or phase in culture into one single title, as they tend to either be a dry succession of facts or too patchy, not giving the full picture. However, Energy Flash: A Journey Through Rave Music and Dance Culture gets everything right, and you sense that Simon Reynolds is reporting from inside an exploding scene, sending vital transmissions to the world outside. You also feel that he is being radicalised as he goes along, coining new terms and coming up with inventive ways of describing this revolutionary music. And he balances the weighty (an approach that is serious but stops short of being academic) with the fact that dance music is, essentially, good fun and exciting.

People tend to forget now, but Reynolds - a former Melody Maker writer - was one of the ones who helped kick certain doors open in terms of music journalism. Musical strains such as techno and house were often treated as a joke in the rockist world of 80s and 90s mainstream music criticism, and the style of writing that went on to become Energy Flash was a catalyst for change, helping lead to today's more critically balanced landscape. 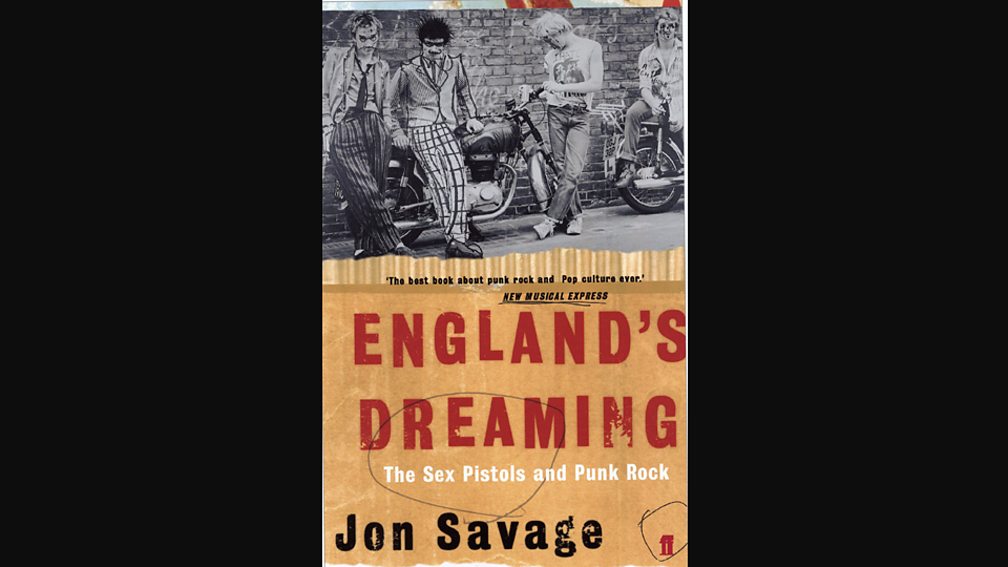 I first read England's Dreaming while at University, when Joe Strummer was still touring with The Mescaleros. One night I saw them play at Brixton Academy in London, with John Cooper Clarke supporting. It was thrilling to me that so many of the book's main players were still within reach, despite the era that they defined seeming as distant and mythic as Arthurian times. British punk was an extraordinary explosion of creativity that left its DNA in so much of what we consider quintessentially British culture - and not just in music. You find it in British art from Damien Hirst to Grayson Perry, in modern designers who have followed in the steps of Vivienne Westwood, or in Viv Albertine's presence on Radio 4. Joe Strummer is no longer with us, but we still live with the influence of the musicians and artists of 70s British punk. This book is the key text to understanding how that moment came about.

Emmy the Great (singer-songwriter and journalist) 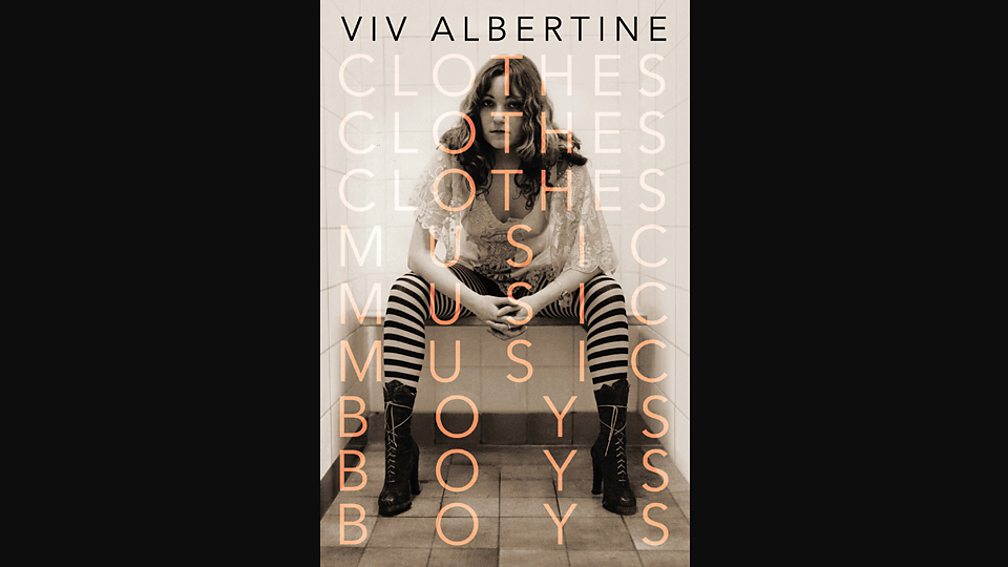 'Punk' was the only time I fitted in. Just one tiny sliver of time where it was acceptable to say what you thought
Viv Albertine

Most music biographies have a job to make an enthralling story out of the bookends of an artist's career - i.e. the bits that take place before they first got into music (unless something remarkable happened in childhood) and after they have become famous. Viv Albertine's story isn't like that, in that her band The Slits didn't really have hits, and it's the unexpected, non-musical moments of her life that linger longest in the mind. Clothes Music Boys feels like the last untold story of the punk era, with Viv recounting in unflinching detail some of her insider peaks; starting a band with Sid Vicious, dating Mick Jones of The Clash, learning the guitar and joining The Slits, and then going on to explain what happened next in equally thrilling detail.

It's the story of a girl growing up in 1970s London, getting into music, wanting to take part, becoming a punk rocker then not being a punk rocker any more. Being a musician, then not being a musician. She becomes many other things - aerobics instructor, video editor - without her life feeling like a downward slope, after the fame. There are terrible things and wonderful things, some are musical, some are not. This is the story of a life, rather than a career. "'Punk' was the only time I fitted in," she says. "Just one tiny sliver of time where it was acceptable to say what you thought." It's only with her thoughts and observations noted down in supremely confident and illuminating print that it becomes clear what a loss those intervening years of silence have been.

'Punk' was the only time I fitted in. Just one tiny sliver of time where it was acceptable to say what you thought
Viv Albertine 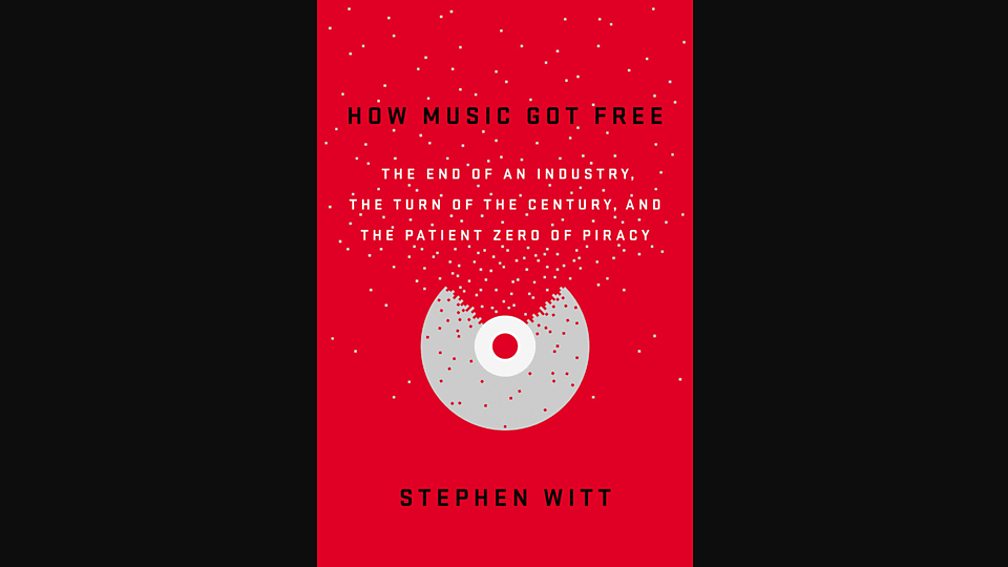 Most music books are about the artist and the art. Few dwell on the fact that music is a business, except to offer, in passing, anecdotes of nefarious executives or cocaine-blinded nights with industry legends. But the biggest story of the past 20 years hasn't been the rise of a revolutionary artist or genre, it's been the collapse of the public's willingness to pay for recorded music, and the record labels' need to re-calibrate what they do. How Music Got Free explains how that happened: how the labels precipitated their own crisis by encoding music in digital form on compact discs; how Dell Glover, a production line worker at a pressing plant in North Carolina, almost single-handedly ended the concept of the official release (and, at one point, deliberately manipulated the US album charts); and how the music industry found itself on its knees.

It's an astonishing piece of sustained reporting, from the upper tiers of the major labels to the pirates in their bedrooms, and it explains absolutely clearly why what happened ended up happening. One hopes Witt might at some point turn his attention to how the labels started to recover, and to the inexorable rise of streaming - and how that has impacted on artists. 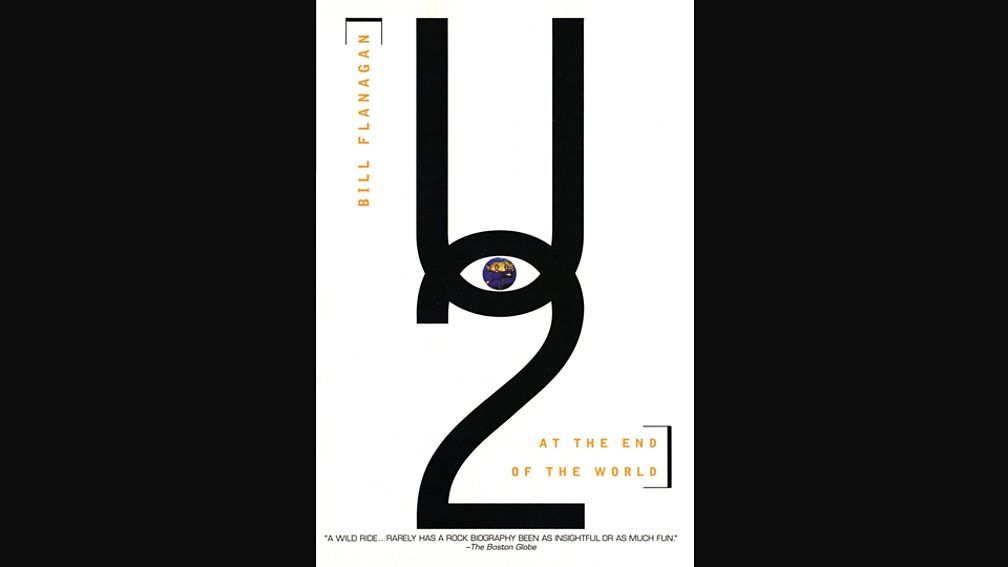 Journalists usually get to speak to bands twice - once during their rise to fame and once on the way back down. But somehow Bill Flanagan managed to persuade U2 to let him shadow them for two whole years at the peak of their career.

He's there in Berlin as they break apart recording Achtung Baby; and as they stumble across a song - One - that glues them back together. He's there as they decide to hang Trabants from the ceiling on the Zoo TV tour. And he's there as they pow wow with Bill Clinton, romance with Naomi Campbell and record with Frank Sinatra. Flanagan even witnesses Bono trying to steal a yacht, adding, "This was not an isolated incident."

The band must have regretted giving him such unprecedented access... not least because he documents The Edge's blossoming romance with tour dancer Morleigh Strindberg. Perhaps that's why his book's out of print - but if you're even slightly interested in what it's like to be in the world's biggest rock band at the height of both their fame and their creative powers, I'll lend you my dog-eared copy for a weekend. 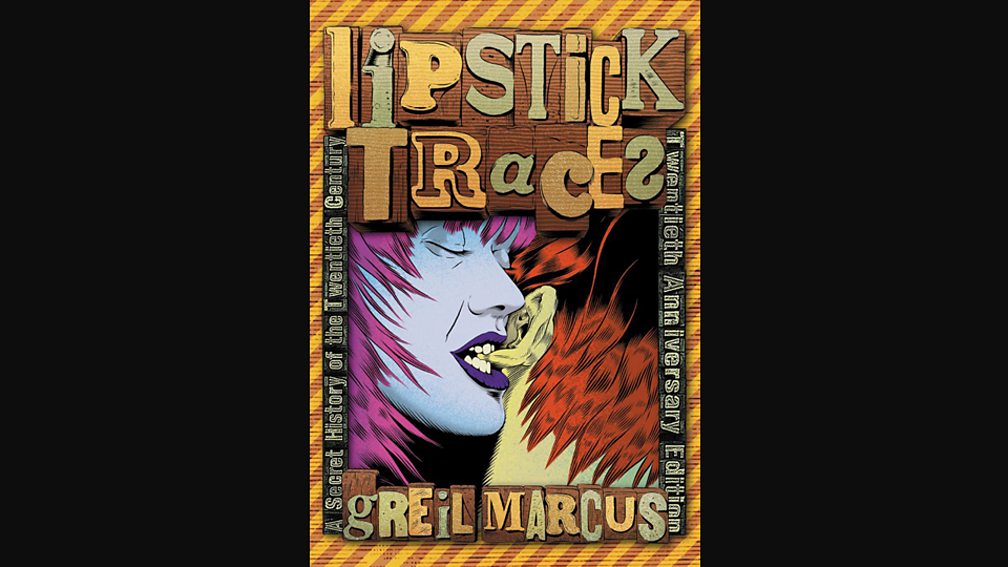 An obsessive, ambitious and intoxicating book, in which former Rolling Stone, Creem and Village Voice writer Greil Marcus takes a deep plunge. Starting from the cultural quake of the Sex Pistols' Anarchy in the UK, he chases down connections between high art, radical politics and pop music, illuminating how a subversive idea can ripple through decades, from dada to situationism to punk. It's a book with the power to completely change how you think about music.

Lipstick Traces was published in a new edition in 2011, with a foreword by the Manic Street Preachers' Nicky Wire, who detailed the transformative effect the book had on him and the band (they even named their 2003 B-sides compilation after it). "We'd all read a review in the NME and knew immediately that it was exactly the kind of thing we'd been searching for," he wrote. "Something to link music, art, culture and protest; an alternative history that segued those seemingly disparate elements into one text. It persuaded us that we could attempt to create art that just might deeply resonate with people in the way that the book had resonated with us."

The Lives of the Great Composers - Harold C. Schonberg (1998) 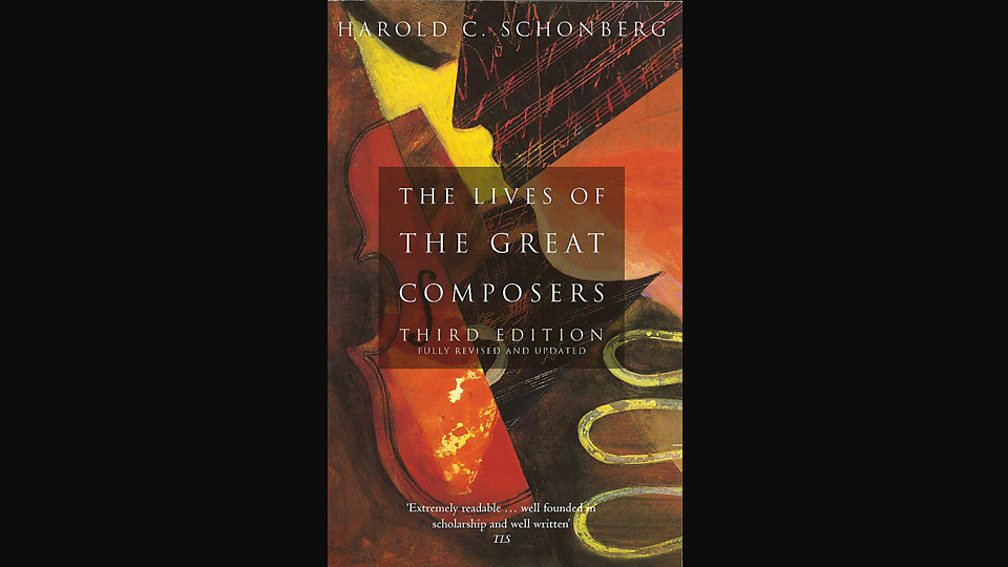 Harold C. Schonberg, who died in 2003, was the long-standing classical music critic of the New York Times and he also became the first music critic to win the Pulitzer Prize for Criticism - in 1971, the year after he published the first edition of this fantastically entertaining book. What Schonberg does that many other writers on classical music don't is, as he says, "humanise the great composers, to give an idea of what they felt and thought". He does so with pithiness and great wit, saying of French composer Claude Debussy, for example: "He preferred cats to people, and was never without one or more Siamese cats. Perhaps he saw reflected in cats the reserve, independence, and lack of morality of his own nature. Debussy did have the habits and morals of a tomcat, and there was something feline about the character of the man, though there was nothing feline about his physique."

Written for "an intelligent, music-loving lay audience", it serves as the best introduction to classical music that I know of, but you might equally read it to enjoy Schonberg's endlessly impeccable sentences.