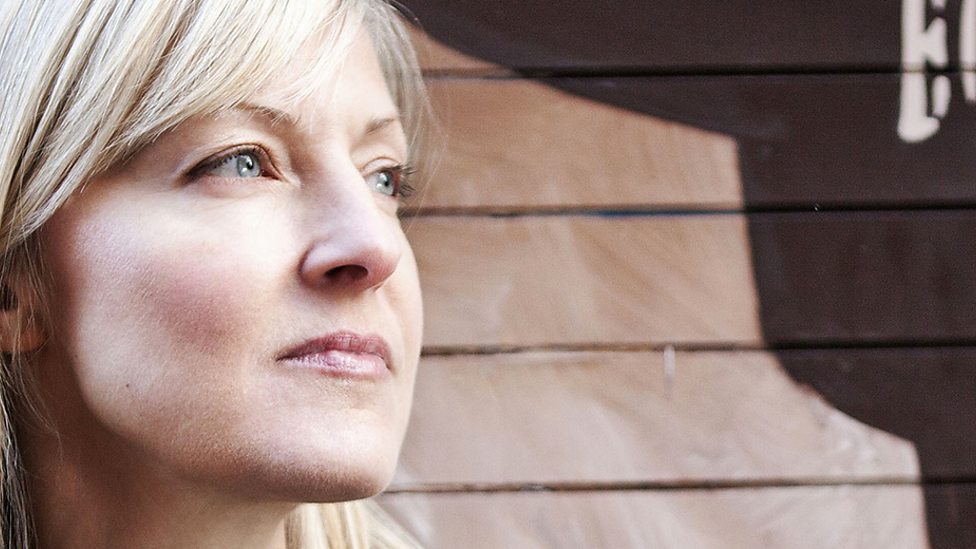 Mary Anne Hobbs has a special interview section in her 6 Music show called Key of Life, in which she asks some very basic and non-specific questions, to get a broad view of the life of the artists to whom she is talking.

She may ask whether they can dance, for example, or to recommend a book, and gets some surprising answers. As it's a new year, here's a collection of some of her best interviews, and some hints and tips to help form a decent list of resolutions too:

1. Everyone has to start somewhere

Long before her punk rock awakening and the forming of Sleater-Kinney, Carrie Brownstein formed a Duran Duran cover band with the impressively specific name Lil' "d" Duran Duran, using cut-out guitars built with scrap wood with drawn-on strings, and painted the same colour grey as the other houses in her neighbourhood.

"I was kind of the neighbourhood impresario. I was always getting everyone to join me in some kind of play or dance... I held people hostage a little bit."

2. It's never too late to learn a new skill

John Grant told Mary Anne that one of the things he did when trying to keep himself sober was to translate Russian for people with medical conditions. New York University trained him to assist doctors in explaining complicated medical procedures. And he loved it:

"Y'know, a great man of physics from Russia... was in a car accident and hasn't heard for 20 or 30 years. He's going to hear for the first time right there in front of you. Unbelieveable!"

3. Success can take many forms

you're looking for something more healing

Kendrick Lamar spoke to Mary Anne about many things, including taking bass guitar lessons from Thundercat. But when the conversation turned to the reparative qualities of music, he came to a new working definition of achievement:

"After you get past the physical things, you're looking for something a little more healing, not only for yourself but for those around you."

you're looking for something more healing

Clint Mansell, former singer with Pop Will Eat Itself, explained how his training as a navel-gazing pop star gave him a unique perspective when starting his current job, writing the score for movies such as Black Swan, Moon and Requiem for a Dream.

"When you write songs for yourself, you're basically trying to please yourself... The thing I have to offer in a score is that there's only really one of me, and I think that can give us a unique take on a particular project... It's better for me to try and do that than to try and second guess and pretend I know what other people are going to want."

5. You don't have to wait until you're ready

I can’t play much at all, really

Mary Anne asked Gary Numan about his formative experiences with music, and he admitted two very interesting things. One, that he never wanted to learn other people's songs, preferring to make his own up, and two, he's not that great a player:

"I can’t play much at all, really. I’m more an arranger of noises. My fascination with music has been more from making sounds, which is why I think synthesizer music appealed to me so much. It was less about technique, which I was never any good at."

I can’t play much at all, really

6. Focus on what you want

Kelis described how she had been working professionally in music since she was 12 or 13 years old, from her first days at Fiorello H. LaGuardia High School of Music & Art and Performing Arts. The daughter of a jazz saxophonist, there was never any question that music was there to be dabbled in, it was a career:

"It's one thing to know that you're a special kid... to be 12 years old, 13 years old and be super honed-in, like really focussed, like this is what I do well, this what makes me feel like who I'm supposed to be. At that age that's rare."

7. Being around like-minded people can be healing

When illness strikes anybody it’s a real test

Stuart Murdoch of Belle & Sebastian revealed that one of the best ways to deal with a difficult and sometimes debilitating medical condition like ME/CFS was simply to be around other people with the same situation and share notes:

"When illness strikes anybody it’s a real test, but it’s that cliché that it can make you stronger, you can get through it... That sounds quite low tech because we live in an internet age. But it’s actually getting together with people and finding that support through experience and through empathy that really does help."

When illness strikes anybody it’s a real test

Kim Gordon (formerly of Sonic Youth) discusses how she got started in music, and what kind of attitude inspired her. She cites the New York post-punk no wave movement as being particularly key, as it took rock bands away from the conventional three-chord thrash of punk.

In Sonic Youth, the emphasis was less on musical structure and more on playing by instinct: "We didn’t really talk in terms of chords and things like that, it was more visceral and how you got different textures by the way you played."

Don’t try any of them James Brown moves

As well as some highly valuable tips on writing, John Cooper Clarke offered his advice on how to be a good dancer and avoid humiliation: "My tip is to keep both feet entirely still. Don’t try any of them James Brown moves... If you’ve got an innate sense of rhythm, as long as you keep your feet shoulder-width apart and don’t get too carried away… you can’t go wrong."

And if you hang on until the end, you can hear John say “oleaginate” like it’s a rubber chew toy in his teeth.

Don’t try any of them James Brown moves

Even the biggest artists in the world need a little direct inspiration from time to time, and they don't come much bigger than David Bowie. He gleefully told Mary Anne about the time he shamelessly went behind Mick Jagger's back to ask Guy Peellaert - the artist Mick had asked to create the cover of the Rolling Stones' 1974 album, It's Only Rock 'n' Roll - to paint a controversial sleeve for his own Diamond Dogs, in which he appears as half human, half canine. And then released it first: "He never forgave me for that!"