6 of the most notorious execs in music 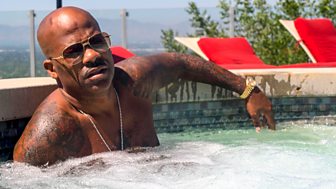 Despite the fact that we become so familiar with its front face - pop, rock and rap stars - the music business itself remains something of a mystery. Who are the people that run it, what do they actually do, and is it really as tough as it's commonly perceived?

BBC Four's new series Hits, Hype & Hustle: An Insider's Guide to the Music Business lifts the lid on the industry, revealing exactly what it takes to launch an act from a demo tape to global acclaim, book a world tour and reunite music legends. You'll meet characters as large as the stars themselves and, over the years, the business has thrown up quite a few of them.

Here are six of the canniest - and most feared - operators music has ever known... 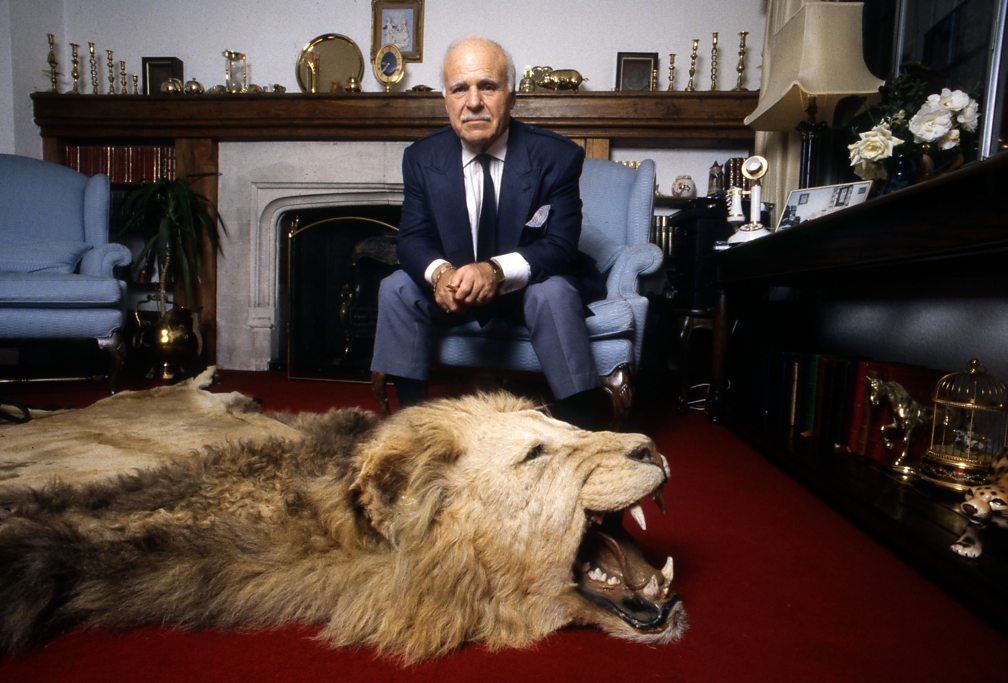 Don Arden is now best-known as being the father of Sharon Osbourne, who he became estranged from after she began managing her future husband Ozzy in 1979 when he left Black Sabbath, an Arden act.

By then, Arden, a self-styled Mr Big, had a reputation for being one of the most cutthroat managers and agents in the music business, often using violence to achieve his aims. He denied an infamous story about hanging a rival manager, Robert Stigwood, from a fourth-floor balcony for supposedly trying to take one of his acts, the Small Faces, but suggested in his autobiography that his "reputation as a hard man" was good for business. "Fear became my weapon," he wrote. "I recognised that and played on it."

Arden, who studied at the Royal College of Music, started out in the entertainment business as a singer and comic before promoting touring American rock 'n' roll stars like Gene Vincent and Little Richard in the UK in the late-50s and early-60s. When Beatlemania rendered traditional rock 'n' roll passé, he took on beat groups like The Animals and Small Faces, managing their careers successfully but questionably - paying DJs, for example, to play the Small Faces' debut single and keeping them on salaries entirely unrepresentative of their earnings (they later sued and won).

Arden also had success with ELO, but his vicious working methods (he once threatened BBC journalist Roger Cook during a Radio 4 Checkpoint investigation into the music business) almost always caught up with him. He fell out with many of the artists he worked with and was often taken to court. His Guardian obituary opens with an assassination of his character - "His ruthless business dealings and willingness to intimidate both his charges and his competitors earned him the nickname 'the Al Capone of pop'" - and although he did reconcile his differences with Sharon, her memories of her father and the world he operated in are hardly more positive. "I was surrounded by violent people, violent talk, violent behaviour, so there was nothing unusual seeing my dad threatening someone, or brandishing a firearm," she said in a TV interview before Arden died in 2007. 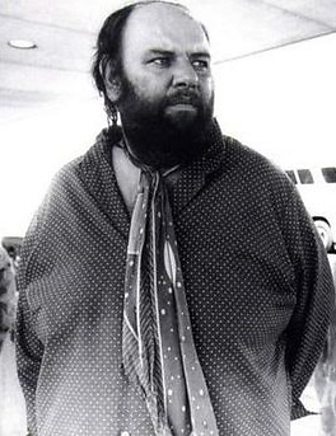 Perhaps the only man in British music history whose reputation rivals Don Arden's is Peter Grant, Led Zeppelin's fearsome manager. They were both industry hard men and, on the surface, they had much in common - both started out as performers (Grant was a bit-part actor and wrestler) and they initially worked in the same corner of the business (Arden gave Grant his break tour-managing some of his acts in the early-60s). However, where Arden often ran afoul of his own artists, Grant - a giant of a man at 6'5" and heavyset - became known for his intense loyalty to Led Zeppelin, his sole client throughout the 1970s.

Grant masterminded Led Zeppelin's rise to becoming the biggest band in the world by fighting tooth-and-nail on behalf of the group - ensuring, for example, that they took 90 per cent of the purse for gigs, and the promoter 10 per cent (rather than the usual 70:30). It has become the industry standard since, and for that all artists have Grant to thank. He could be notoriously tough on fans illegally recording Led Zeppelin shows and bootleggers selling counterfeit merch, but his instinct was always to protect the financial interest of his band, and for that he earned industry-wide respect. He also placed unwavering faith in Led Zeppelin's artistic decisions - allowing them to be the album-focussed group they wanted to be, rather than a quick-buck singles act - and was a key figure in establishing Swan Song Records, which gave Led Zeppelin and the bands they signed to the label full artistic and commercial control of their music.

As the above clip suggests, Grant also partied as hard as the band, and it had consequences on his own life - he suffered marital problems, diabetes, and cocaine addiction. He died of a heart-attack in 1995, aged 60. 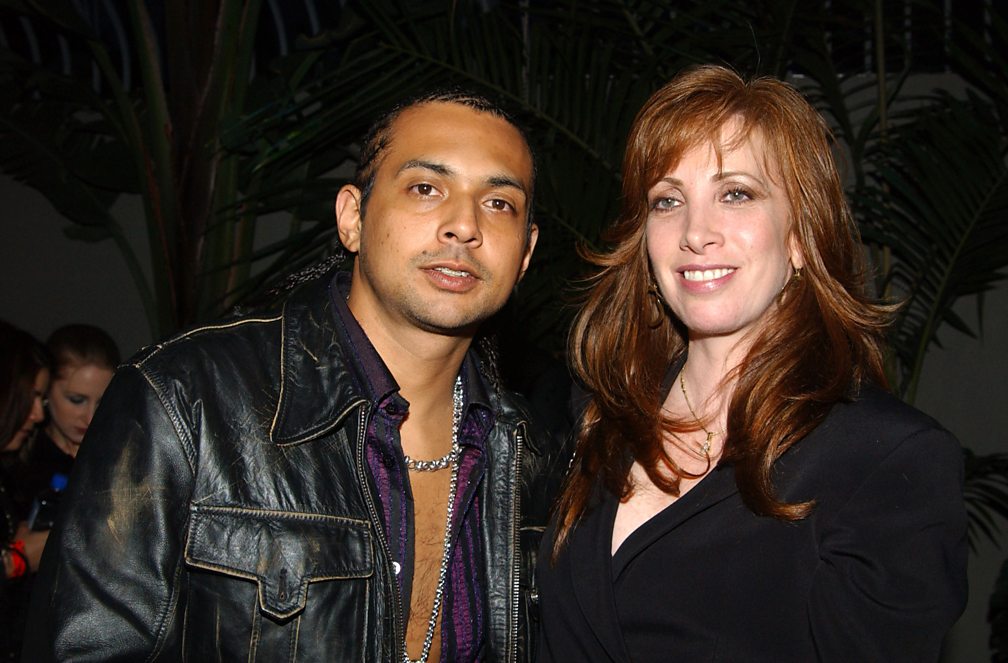 Anyone who listened to the excellent 2017 podcast Mogul, about the life and death of hip hop executive Chris Lighty, will know that the rap game is just as merciless as the rock 'n' roll business. You have to be judicious and unyielding to survive and there's no more impressive behind-the-scenes figure in hip hop than Cara Lewis, whose place in music history was immortalised back in 1987 when she was name-checked in the intro to Eric B. & Rakim's classic jam, Paid in Full: "Cara Lewis is our agent, word up..."

Much like Simon Cowell (see below), she began right at the bottom of the industry - working as a receptionist - and made her way up, eventually becoming the booking agent for stars like LL Cool J, Run-D.M.C., Beastie Boys, Fugees, Eminem, Kanye West and Sean Paul (above). "The industry is not all glitz and glamour," she told Variety in 2012. "The business requires a true commitment, but you do it because you love it and you're passionate about it... The key to success in this business is tenacity, ethics, creativity, resourcefulness and perseverance. Never take no for an answer!"

In 2016, the New York Post's Page Six claimed Lewis was "the most feared woman in music", quoting a former colleague, Muhammida El Muhajir, as saying: "She was a yeller. You didn't even want to leave your desk and go to the bathroom - out of fear that you would miss something and get in trouble."

Still, Lewis gets the job done. Her work is constantly honoured by American trade magazine Billboard on their annual Women in Music list, and her artists love her - she's been shouted-out some 10 times on albums by her clients. 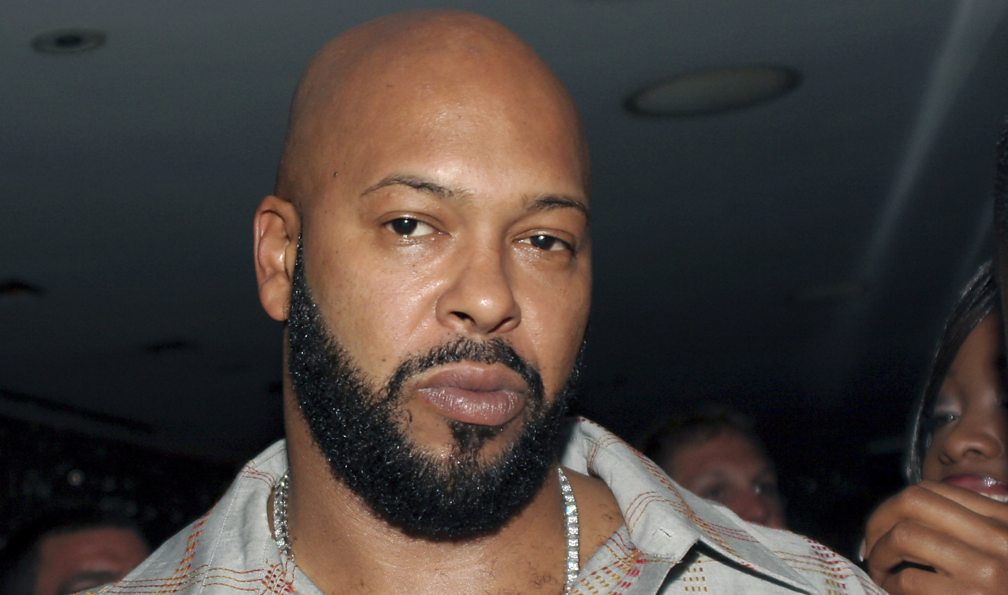 Suge Knight is currently in jail awaiting trial for murder, and that criminal charge is just the latest of a number in the life and career of the gangsta rap producer and executive. A former replacement player in the NFL American football league, Knight entered the music business as a concert promoter and bodyguard before establishing Death Row Records, which became - through brutal business practices - the pre-eminent West Coast rap label in the 1990s. The quality of the music Death Row released - landmark albums by Dr. Dre, Snoop Dogg, 2Pac and many others - is without doubt, but at what cost? In 2015, the Telegraph ran an article on Knight's crimes and misdemeanours, detailing a career that amounted to a reign of terror and ultimately resulted in Knight filing for bankruptcy in 2006. He currently stands accused of killing Terry Carter, co-founder of Heavyweight Records, in a 2015 hit-and-run incident.

In the last two decades, no person has dominated the British pop landscape more than Simon Cowell, but he's had to fight for his success in a long career that's had great peaks but also dire troughs. He started out in the mail room at EMI records in London and first had hits in the mid-1980s on a label he set up, Fanfare Records, with Iain Burton, his former boss at EMI. Sinitta was their star act, but the label floundered in the late-80s, went bust and left Cowell nearly bankrupted.

He next hit big in 1995 when he signed Robson Green and Jerome Flynn from the TV series Soldier Soldier and released a cover of The Righteous Brothers' Unchained Melody, which the pair had sung on the show. It became the biggest-selling single of the year, and put Cowell back on the map. He would go on to have huge success with Five, Westlife and Il Divo before entering the TV business and becoming even more famous - and wealthy - than the stars on his label.

Above, listen to Cowell's hugely enjoyable episode of Desert Island Discs. Despite his reputation for being the 'Mr Nasty' of reality TV, he comes across as an affable sort with a schmaltzy taste in music. But make no mistake - Cowell is a steely operator. "I'm not as ruthless as Simon is," Pete Waterman of Stock Aitken Waterman said. "I wish I was. I think I've admitted that I'm pretty hard, but by Simon's standards, I'm a pussycat." And, about Cowell, Britain's Got Talent judge Amanda Holden once commented: "I've learnt so much from Simon and now I'm ruthless." 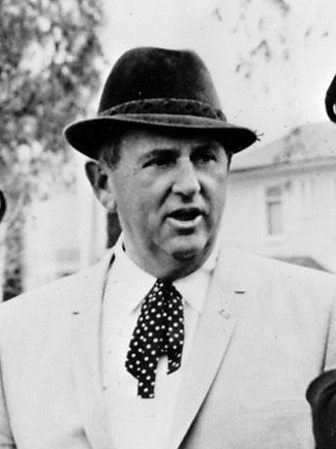 Finally, a man who remains one of the most controversial figures in music, despite being dead for over 20 years - Elvis's manager, Colonel Tom Parker. On the one hand, Elvis said of Parker, "I don't think I'd have ever been very big if it wasn't for him. He's a very smart man," yet he took an astonishing 50 per cent of Elvis's earnings towards the end of his career, prevented Elvis from touring outside America (Parker claimed he was born in the US, but he wasn't - he was Dutch, and couldn't travel because of his immigration status) and was accused by fans, as his New York Times obituary says, "of urging the singer to embrace shlock instead of substance", particularly by having Elvis star in countless throwaway films.

In prompting Elvis to diversify, you could argue that Parker was something of a pioneer - all big-league artists who rose to fame in the wake of Elvis, like The Beatles, made films - but his motivations were questioned during Elvis's lifetime, and have been since. His Independent obituary suggested he was driven by "love of a fast buck" and in the early-1980s he was successfully sued by Elvis's heirs for fraud and mismanagement.