Seven astonishing acts of kindness from the history of music

Kindness has manifested itself in many different ways in the history of music. There's the generosity of patrons, like Archduke Rudolf of Austria, who paid Beethoven a yearly sum to compose, and also those who buy or lend musicians treasured instruments to play. As we found out in a recent article, What rare and priceless instruments do the stars of the Proms play?, 2016's BBC Young Musician Sheku Kanneh-Mason was recently given his 1610 Amati cello by an anonymous benefactor, and he'll be using it to make his Proms debut on 30 August at Prom 62: Chineke!

Here are seven other lovely stories of great generosity, some of which concern musicians repaying their cosmic debt by providing kindness to the world in return...

Handel's Messiah has always had strong ties to charity. The 1742 premiere in Dublin raised money for an infirmary in the city, with 700 people turning up, and there was another great act of kindness that night, moral in nature. As the Smithsonian reported in 2009, the contralto Susannah Cibber was involved in a scandal at the time - a divorce - and so moved was the Rev. Patrick Delany by her performance that he stood up and cried out: "Woman, for this be all thy sins forgiven thee!"

In 1750, the oratorio was performed at the Foundling Hospital in London to secure funds for its upkeep. The artist William Hogarth donated paintings to generate publicity and the crowds were encouraged to cram themselves into the concert space to "greatly increase the charity". The event was such a success that throughout Handel's life and beyond the piece continued to be sung yearly at the hospital to raise money.

Listen to the Orchestra of the Age of Enlightenment perform another of Handel's oratorios, Israel in Egypt, at this year's Proms

Brahms hides money in a score for his father to find

Though by many accounts self-involved and standoffish, as well as frugal, Brahms (1833-1897) spent his successful years as a freelance composer practically forcing money on his family. In letters he wrote to his father - a jobbing musician in Hamburg - there is mention of funds he has sent, or is about to send. "Don't save the money I gave you, it doesn't need to last until new year," he wrote in August 1864. Then, in March 1867: "How happy it would make me if you would use them only for really useless, jolly things... Write and tell me how quickly they disappear!"

There is even a story of the composer giving his hard-up father the score to Handel's oratorio Saul, with instructions to study it if he was ever in need. Brahms had stuffed money between its pages.

Benefit concerts are one of the enduring ways in which musicians give back to society, and on 28 and 29 October conductor Daniel Barenboim will give concerts at the Southbank Centre to raise money for the Multiple Sclerosis Society of Great Britain. His late wife, the celebrated English cellist Jacqueline du Pré (1945-1987) suffered from the disease for 18 years. He will be conducting the West-Eastern Divan Orchestra in Tchaikovsky's Symphony No 5 and Strauss's Don Quixote.

While in London for two Proms in July with the Berlin Staatskapelle, which got people talking, Barenboim appeared on The Andrew Marr Show to speak about witnessing the effect of MS first hand: "I was in very close contact with the cruelty of this illness, because it is an illness that affects everything about a human being," he said.

The circumstances of Mozart's death, and whether he was buried in a mass grave, have been the subject of much debate and research since the composer died in 1791, aged 35. We do know that he'd been in financial trouble and died owing money, but the exact figure has been disputed. History has recorded Emperor Leopold II being told that Mozart owed 30,000 gulden; however, according to his widow Constanze, the amount was a tenth of that.

Nonetheless, Constanze petitioned the Emperor and prevailed in thawing his heart towards her dead husband. The monarch supported the benefit concert she gave to pay off his debts, then granted her a pension for the rest of her life. Though not exorbitant, the pension is considered generous considering Mozart was barely in Leopold's service. Essentially, it was an act of charity.

Wagner liked to live lavishly, clothed in velvet caps, satin trousers and silk briefs. And when he wasn't on the run for various warrants of agitation and activism, he was on the run from his creditors. Luckily for him, the young crown prince at the time was a fan of his music, and when he came to the throne he called for his hero.

A letter to Wagner's friend Mathilde Maier describes the event of 1864: "Our meeting yesterday was one great love scene that seemed as if it would never end. He shows the deepest understanding of my nature and of my needs. He offers me all I need in order to live, to create, and to perform my works. I am to be his friend, that is all he asks - no court position, no functions."

The young monarch, who shared Wagner's interest in Germanic heroes, financed the premiere in 1865 of his opera Tristan und Isolde - parts of which you can hear at the Last Night of the Proms - as well as the Villa Wahnfried, the grand house full of marble and mythic murals in which Wagner lived and composed. And he also funded a site-specific concert hall and festival for the composer's works in 1874, and in so doing gave the world Bayreuth.

For a number of years, Wagner's artistic vision and lifestyle almost bankrupted the king, and this at a time when the monarch's spending was deemed one of the "eccentricities" that contributed to his later being declared insane, and deposed. 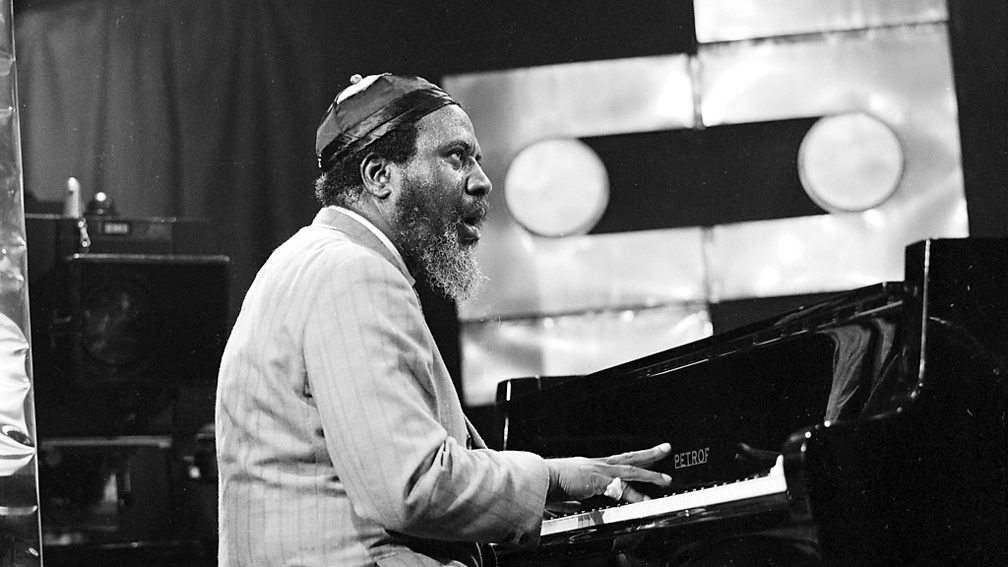 Nica Rothschild of the banking dynasty, aka Kathleen Annie Pannonica Rothschild, Baroness de Koenigswarter (1913-1988), wasn't your average moneyed socialite. Her husband served Charles de Gaulle's exiled French government during the Nazi occupation of France, as did Nica in her own right, becoming a decorated hero for her ambulance driving and code breaking in Africa. She also loved jazz.

When she arrived in America in the early-50s, Nica made it her mission to support bebop originators such as Miles Davis, Charlie Parker and Thelonius Monk in whatever way she could. Many of Nica's and her husband's family died in European concentration camps and, at a time when institutionalised racism was especially prevalent, she marshalled her aristocratic background and influence to insulate the greatest musicians of their age from prejudice and outside factors. She chauffeured Monk around in her Bentley, bought him a Steinway grand piano, moved him and his wife into her home and even took the blame for his possession of marijuana on one occasion. Oddly, as the New York Times reported, both Monk and Parker died on her property, decades apart.

Her actions were controversial at the time, but it's testament to her importance to jazz that these figures trusted her in times of most dire need.

Beethoven (1770-1827) was a difficult man to love, and the enduring stories of his later life mostly paint him as a curmudgeon and a bully to his nephew Karl.

But fragments of his compositions reveal a different side. Manuscripts and drafts have recently been discovered in far flung places, suggesting perhaps that the great composer was in the habit of giving them away. One such fragment, a string quartet found in a Cornish castle, shows evidence that it was not merely given to but written for a young English traveller passing through Vienna.

Written on the manuscript - a draft of a string quartet movement lasting 52 seconds - is the following: "This quartette was composed for me in my presence by Ludvig V Beethoven at Vienna Friday 28th November 1817." The traveller was 21-year-old Richard Ford (1796–1858). Then unknown, he would go on to become one of the most famous travel writers of his day, inspiring a vogue for Spanish holidays.