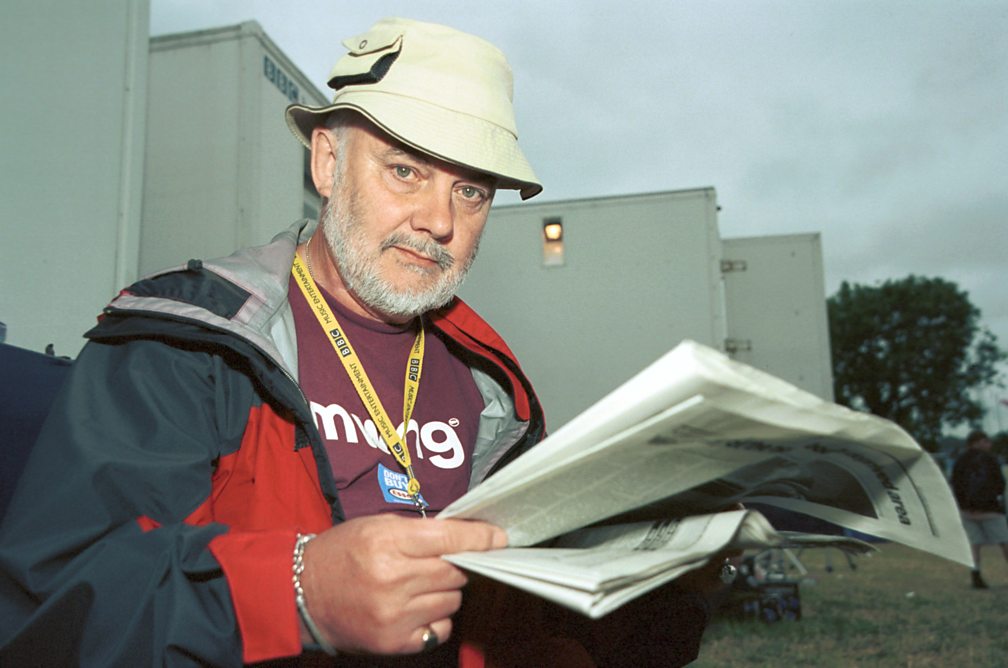 John Peel's own Glastonbury experiences went back to the 70s, but for fans he'll forever be associated with his on-site broadcasts, starting in 1997. Alongside Jo Whiley he brought the joy of the festival to living rooms across the land, ensuring those without tickets felt there in spirit.

Peel died in 2004, and the following year Michael Eavis renamed the New Bands Stage after him, telling the BBC: "It's very appropriate because it's all the sort of music that John would have chosen... He was a master at choosing the bands that were going to make it."

Ten years after the birth of the John Peel Stage, here's a reminder of the special bond between the DJ and Worthy Farm...

BBC at Glastonbury - The first ever link

The theme of this event so far has been mud, and it's good British mud at that"
John Peel

The year that BBC Two starting broadcasting from Glastonbury - 1997 - was an odd one. After headline sets by The Prodigy and Radiohead on Friday and Saturday nights, Sunday headliner Steve Winwood cancelled and Ash got the promotion of a lifetime. It was also dubbed "the year of mud" and in their debut link, Peel and Whiley put on brave faces. "The theme of this event so far has been mud, and it's good British mud at that," says Peel, wryly, before describing the only other festival quagmire he’d experienced that was worse.

The weather caused the Other Stage to sink, resulting in bands being cancelled - including pop punk group Kenickie, featuring Lauren Laverne. Doesn't she look comfortable in front of the camera!

The theme of this event so far has been mud, and it's good British mud at that"
John Peel

BC at Glastonbury 1997 - The sinking of the Other Stage 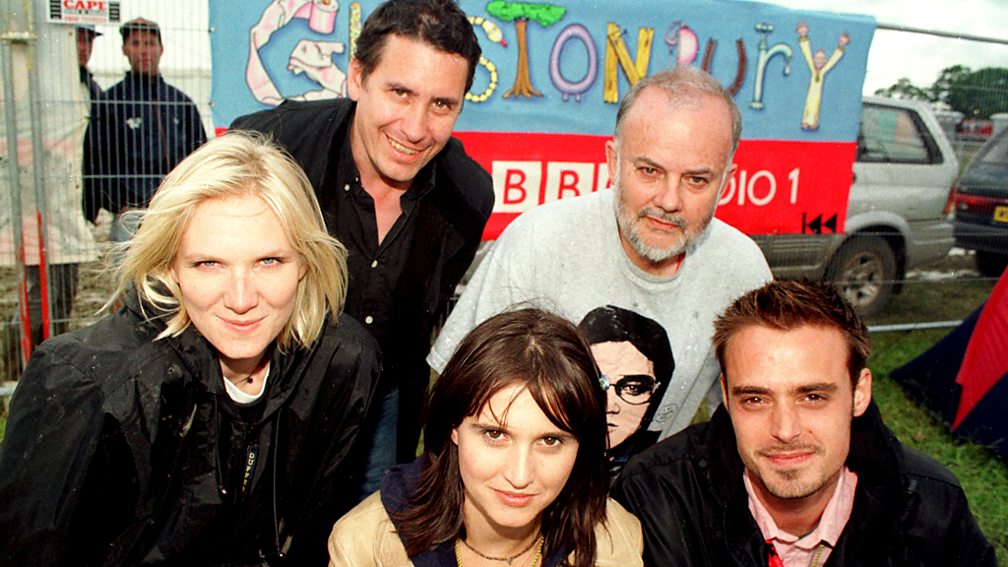 The mud returned in 1998 and, according to Radio 1's Peel at Glastonbury archive, some poor punters ended up getting trench foot. Whiley and Peel broadcast "splatted in brown" - clearly after this photo of Team BBC Glastonbury 1998 was taken of them with Jools Holland, Jayne Middlemiss and Jamie Theakston. 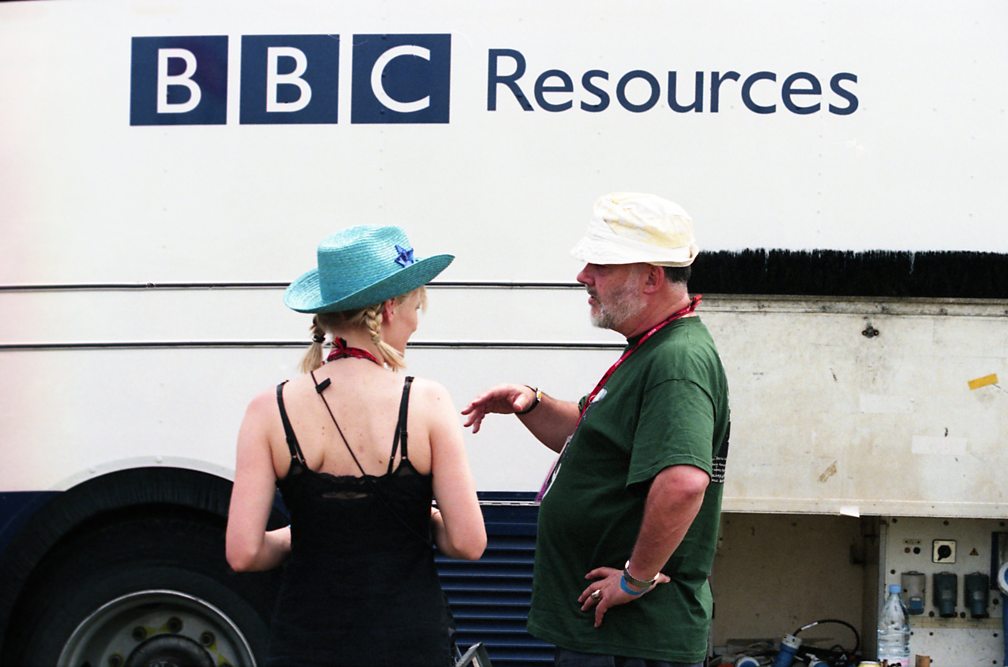 Whether it's the sun, mud, lack of sleep or ley lines, people can go a bit loopy at Glastonbury. In 1999, Peel (above with Jo Whiley) seemed to be having aural hallucinations. He detected the influence of the skiffle pioneer Lonnie Donegan in Orbital's music, and it became a theme of his broadcasts. "That's Underworld, showing undeniable Lonnie Donegan influence," he said of the techno group.

Come 2002, Lauren Laverne was part of the BBC Glastonbury team. Here she is on her first day talking with Peel and Whiley about dance music duo Orbital and those torch-glasses they used to wear. Also from 2002, check the highlights clip at 6 minutes - while Coldplay's Yellow plays.

He embodied what Glastonbury, the experience, should be about"
Jo Whiley

In this clip, Jo says about Peel: "John was what people think of when they think of Glastonbury. He embodied what Glastonbury, the experience, should be about." She also seems surprised when he says he's looking forward to seeing prog-rockers Yes - exactly the kind of band Peel railed against in the 70s and 80s. "Do you have a relationship with Yes?" Jo asks. "Only one of deep, unremitting hatred," John replies.

He embodied what Glastonbury, the experience, should be about"
Jo Whiley

You’re missed on the wireless and Glastonbury telly"
Tony Walsh

In 2011, Tony Walsh was Glastonbury's official Poet-in-Residence. As well as writing Why Glastonbury? before the festival started, he came up with this lovely tribute to John, Keeping it Peel: Teenage Kicker Conspiracy, which he read (from 3:45) to Cerys Matthews: "You're missed on the wireless and Glastonbury telly / And it's not the same without Peel in his wellies."

You’re missed on the wireless and Glastonbury telly"
Tony Walsh

Over the last 10 years, it's become a rite of passage for new bands to play the John Peel Stage. Would Peel have approved of every act booked to play under his name? Of course not, but we suspect he might have enjoyed the artful grot of London's Fat White Family in 2014. Click here for 2015's John Peel Stage line-up.