Most music fans have a treasured memento or two, whether it be the sweaty t-shirt or end-of-show drumstick caught in the crowd, or just the long-treasured ticket stub. But pop idol souvenirs can get a lot stranger - and pricier - than that. If you have the devotion and the cash to spare, almost anything formerly owned by the artist of your choice can be yours.

Here are 10 of the strangest music-related objects that have gone under the hammer or sold online in recent years. 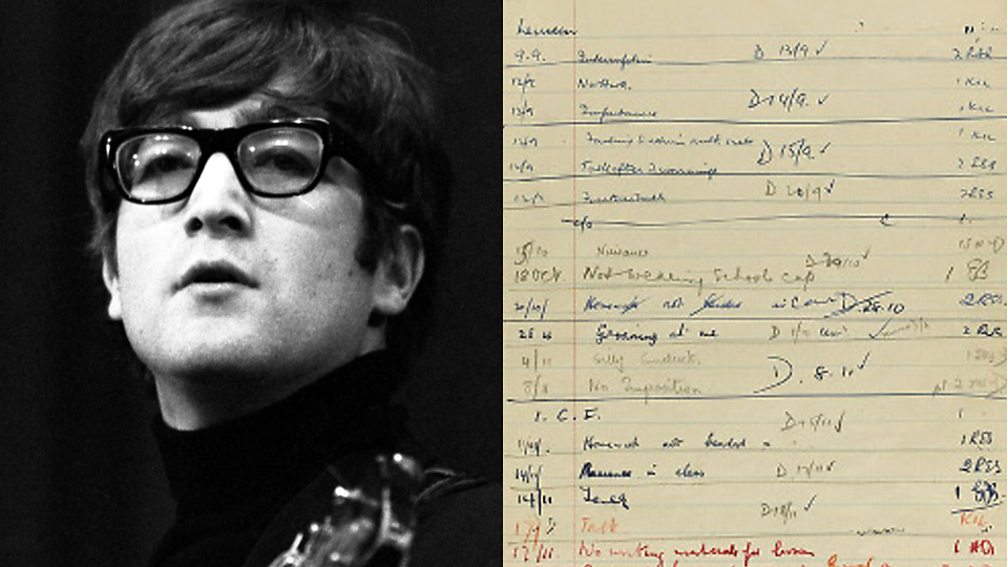 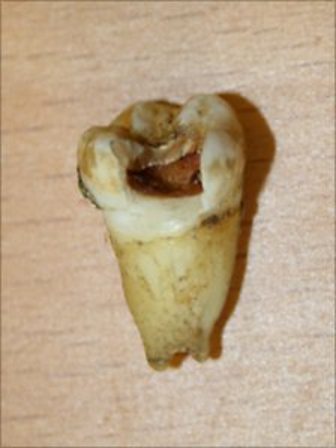 John Lennon's image as the bad-boy, rebellious Beatle was well-grounded. In his time at Quarry Bank High School in Allerton, Liverpool, the 15-year-old racked up 29 detentions in 10 months between 1955 and 1956, for offences such as "interruption", "impertinence" and "silly conduct". Whatever would the Quarry Bank masters have made of I Am the Walrus? The rap sheet went up for auction at Sotheby's London in 2015, and sold for £2,500. More grimly, in 2011, one of Lennon's extracted teeth went up for sale at Omega Auctions in Warrington. Lennon had originally made a gift of the rotten molar to his housekeeper Dot Jarlett, suggesting she give it to her Beatles fan daughter. It sold for £19,000 to a Canadian dentist.

2. Mask of David Bowie's face made for The Hunger 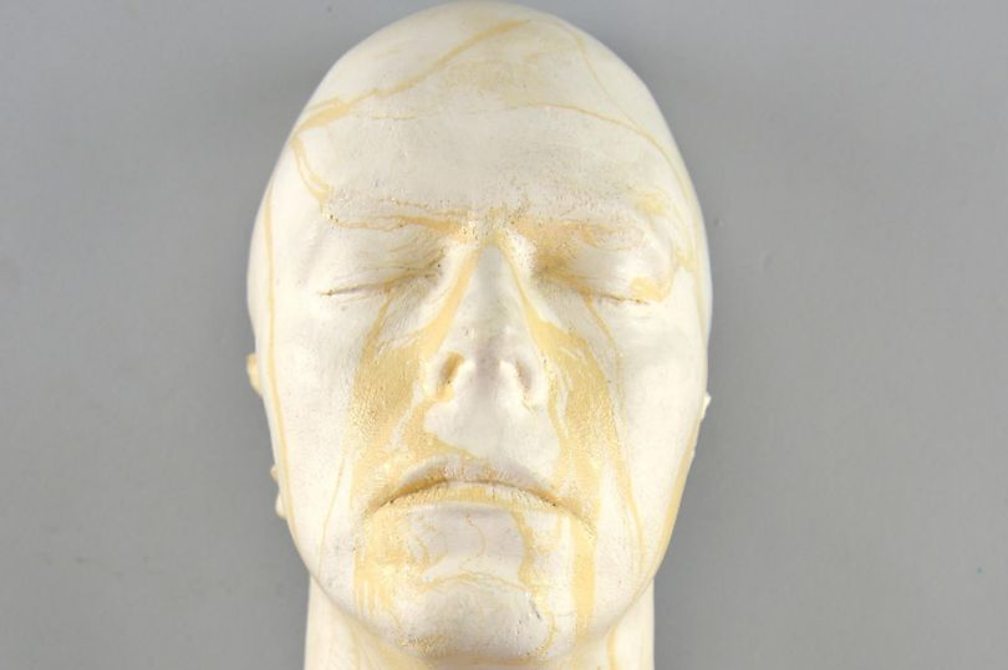 This plaster mask of David Bowie's face, which went on sale in August last year, was used to test prosthetics for the 1983 vampire film The Hunger, in which Bowie starred as an undead cellist alongside Catherine Deneuve and Susan Sarandon. In the film, directed by True Romance and Top Gun maker Tony Scott, Bowie's character, John, undergoes dramatic rapid ageing, hence the need for heavy makeup. The film has a cult following, though critical don Roger Ebert called it "agonisingly bad". Nonetheless, the mask sold for £1,800. 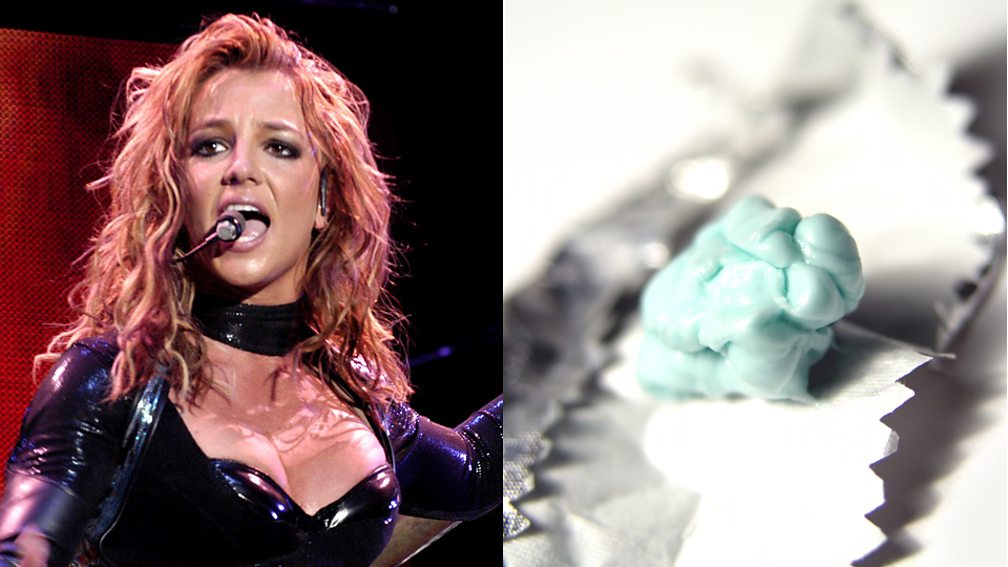 Empty bottles, sweaty towels, breathed air: there's no celebrity relic someone hasn't tried to sell. Pity poor Britney Spears, who back in 2004 found a piece of gum, apparently chewed by her, for sale online, with bidding reaching over $14,000 (although it has been claimed that the seller bid against himself to hike the price up). It started something of a craze for gum chewed by the 22-year-old singer, with various other sellers popping up claiming they too had a piece. 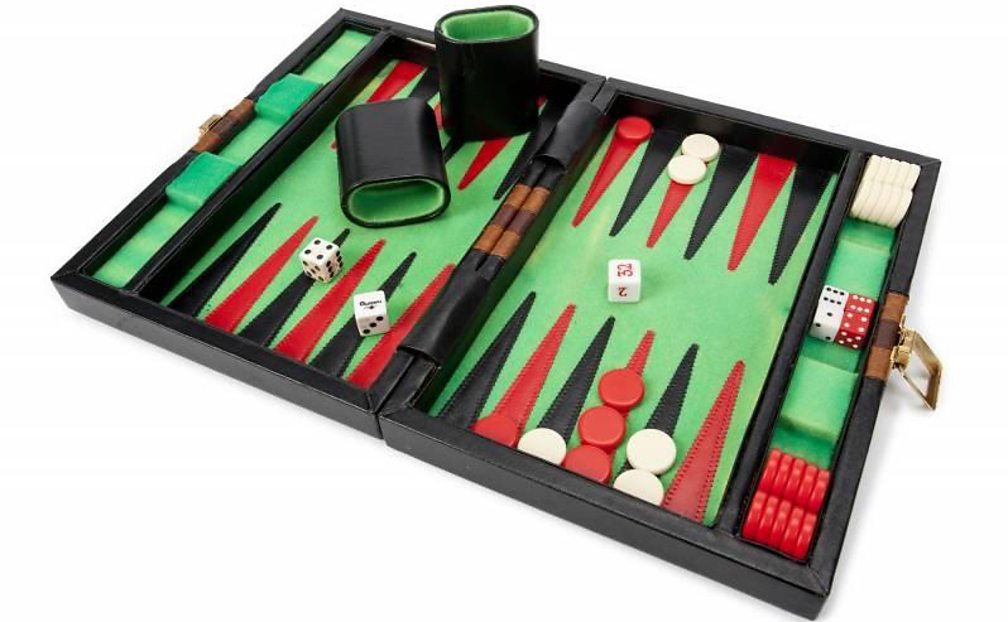 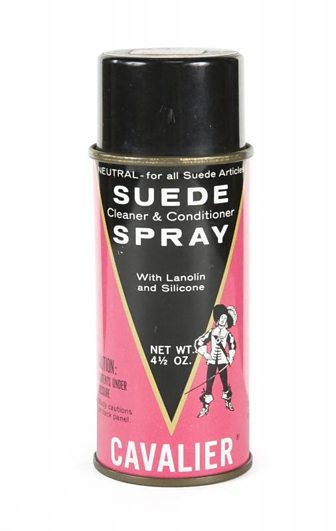 Yes, backgammon's the name… of his latest game. Sorry. One of the world's oldest board games, backgammon surged in popularity in the US in the late-1960s, developing an urbane allure - Hugh Hefner used to hold backgammon nights at the Playboy Mansion. Apparently, Elvis Presley was a keen player, and his travel board would be brought out on his private plane when flying between concerts. The cost of getting your hands on the King's checkers? A cool $1,024, sold in November 2016. There's a buoyant market for items formerly graced by the presence of the King - bedspreads, Bibles, briefcases. You could even, at the same auction, purchase the very same protector spray that might have kept the splashes off those blue suede shoes. 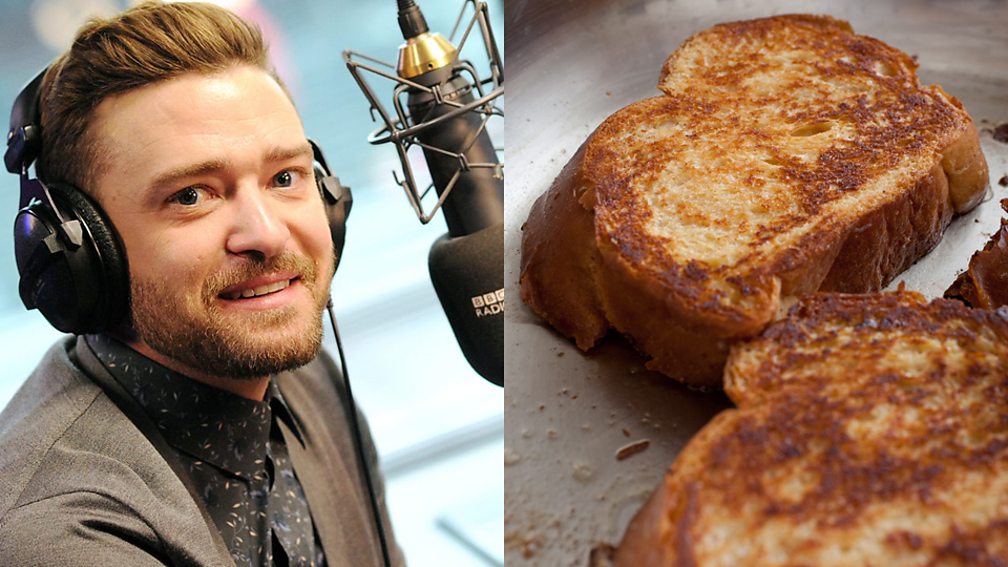 In 2000, while at the peak of his boyband fame with *NSYNC, Justin Timberlake had breakfast at New York radio station Z-100 as part of the promotional grind. The enterprising hosts put his half-eaten French toast up for sale on an online site. The toast was sold to a Wisconsin fan, Kathy Summers, for $1025. "I'll probably freeze-dry it, then seal it…then put it on my dresser," she told Entertainment Weekly. So many questions arise, not least how did they post it? The real question, though, is: how could anyone leave French toast half-eaten? 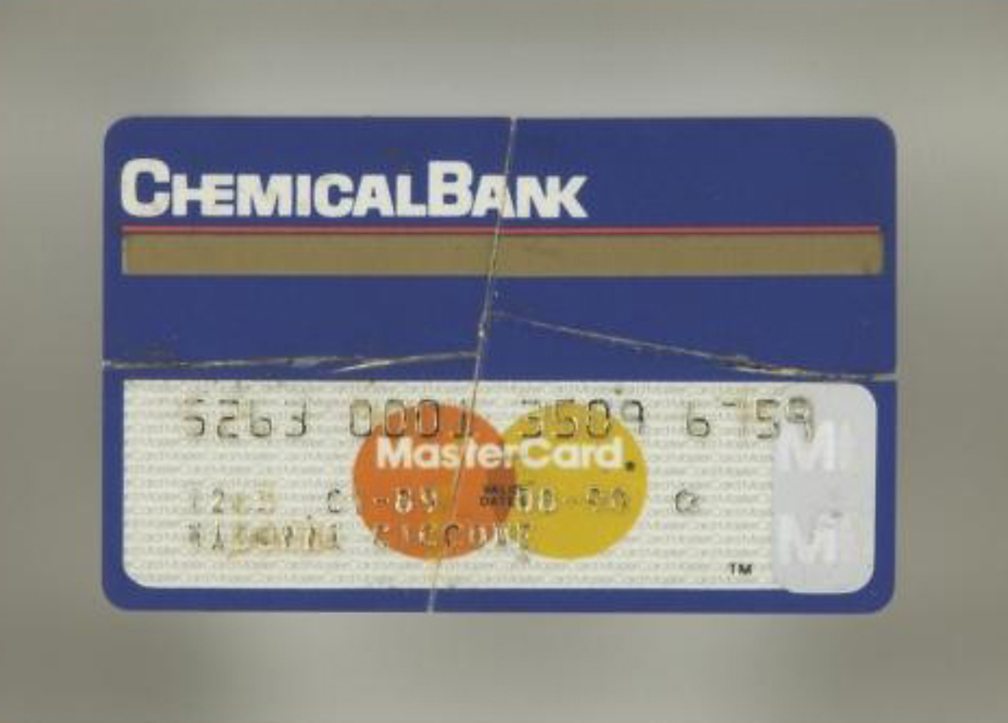 Madonna's Blond Ambition tour, documented in the film In Bed With Madonna, is one of pop music's most acclaimed. With sections inspired by Fritz Lang's Metropolis, art deco and Catholic iconography, it spawned many moments of legend, not least Madonna's conically boobed Jean Paul Gaultier basque. What better way to be part of that musical history than to own the very credit card (expired August 1990) with which Madonna may have bought her sausage rolls at service station tour stops? Plus you get an autograph into the bargain! Estimated to sell at $400–$600, this eventually went for $2,560 in November 2016. That'd buy you a lot of travel sweets.

Used medicine containers are a strangely lucrative auction lot - an empty bottle of Elvis's prescription medicine went, ghoulishly, for over $8,000 dollars last year. Even more grubbily, you could avail yourself of a squeezed-out tube of Jerry Lee Lewis's nasal ointment, used to treat topical infections, as well as empty bottles of methadone or alprazolam, put up for sale by his ex-wife. Mmmm-mmm-mmm. 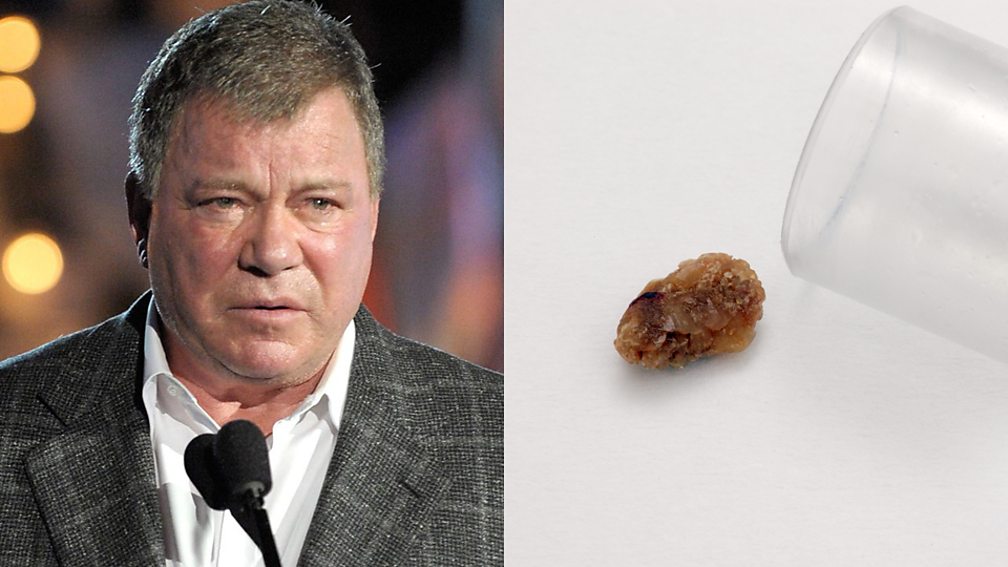 But he's an actor, I hear you cry. Ah yes, but also a musical performance artist of some renown. From the late-60s, William Shatner released albums of spoken-word, conceptual pop covers, such as an extremely intense, much-parodied take on Dylan's Mr Tambourine Man. And if you've never seen his version of Elton John's Rocket Man, you need to correct that immediately. Anyway, in 2006, Shatner sold his extracted kidney stone for $25,000. When it was removed, it proved to be so big, Shatner said, "You'd want to wear it on your finger. If you subjected it to extreme heat, it might turn out to be a diamond."

Having persuaded his doctors to return the grisly relic to his care, Shatner decided to auction it to raise funds for a housing charity. The stone was eventually bought by an online casino, who have made a weird name for themselves by buying up odd auction lots including a ball kicked by David Beckham for a missed penalty, a slice of cheese on toast with the face of the Virgin Mary in it and a car formerly owned by the Pope. 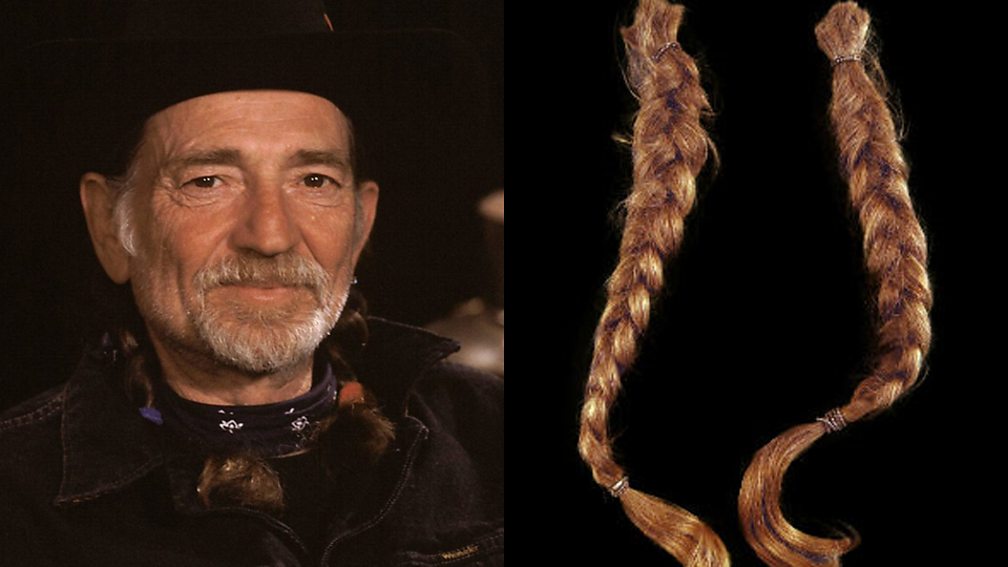 The country star's long braids are his most instantly recognisable feature. Perhaps, like Samson, his strength lies in them, and if you could possess them, you too could write songs of the calibre of Crazy. Imagine then, the power in a pair of vintage 1980 braids, cut from Willie Nelson's head at a party thrown by Johnny Cash and June Carter Cash to celebrate Waylon Jennings's sobriety. That's some powerful country mojo, and the pigtails, sold as part of a lot of items formerly owned by Nelson's outlaw country pal Jennings, went for $37,000 in Phoenix, Arizona in 2014. 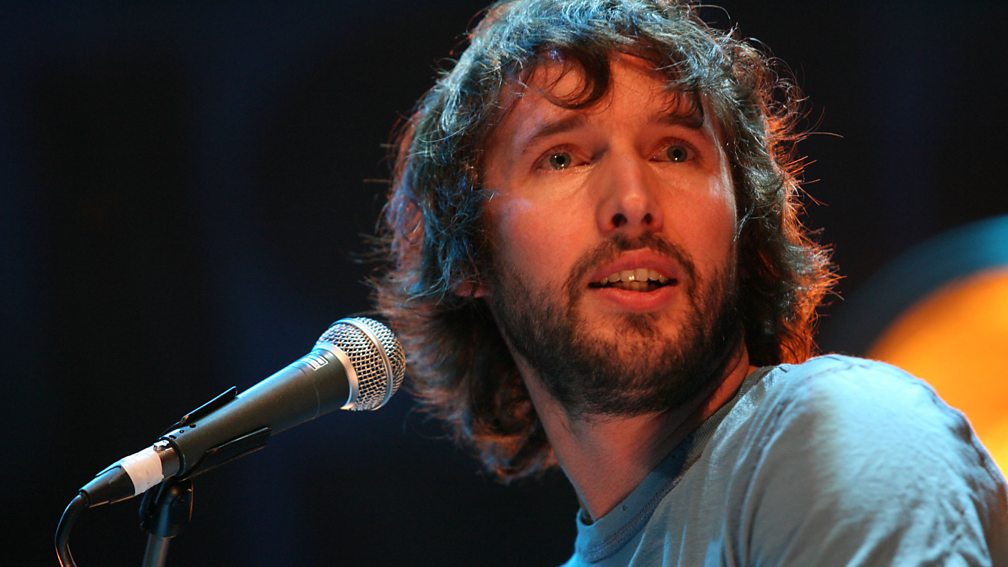 No, honestly. Before his debut album Back to Bedlam starting really selling, James Blunt told the Guardian in 2014 that he tried to fund a tour by selling everything that wasn't nailed down: "Eventually there was nothing left to sell except her." Blunt's sister needed to attend a funeral in Ireland, but with planes on strike and no ferries to be found, was stranded in the UK. Ever the pragmatic ex-officer, he posted her on an online auction site: "Damsel in distress needs knight in shining armour to get her to this funeral on Saturday. What can anyone do?" After a bidding frenzy, a man with a helicopter won the right to escort Blunt's sister. And in a truly Richard Curtis-esque ending, the pair are now married with two children, both named, according to Blunt, after types of helicopter. (Chinook? Sikorsky? Westland? The mind boggles.)