Are these bizarre music myths too good to be true?

Music fans know better than most that you should never let the truth get in the way of a good story. Throughout history, there's been many a musical yarn that's been passed down through the generations, fan to fan, even when it's complete poppycock: Mama Cass didn't die after eating a ham sandwich, Avril Lavigne wasn't replaced by a doppelganger, and Keith Richards never had a full blood transfusion.

But that isn't to say that the odd tall tale doesn't turn out to be the real deal, either. Here are some of music's most bizarre myths - most of them cobblers, but the odd strange-but-true story is hidden among them...

Kate Bush and her plate of cakes

The myth: The early-90s were a difficult time for Kate Bush, who suffered a number of personal losses as well as the end of her relationship with long-term partner Del Palmer. She had originally planned her 1993 album The Red Shoes with the intention of touring for the first time since 1979, but by the time it was released, she needed a break and vanished from the public eye. Her record label, EMI, reportedly had no idea what she was doing - until years later, when an executive was summoned to her house to inspect whatever top-secret project has been occupying her time. On arrival, Bush pulled a tray of cakes out of the oven and plonked them down, declaring: "Here's what I've been working on!"

The truth: When Bush finally re-emerged from her 12-year hiatus in 2005, with her album Aerial, she was asked by the Guardian whether the cake story really happened. "No!" replied Bush. "I don't know where that came from. I thought that was quite funny actually. It presents me as this homely creature, which is alright, isn't it?"

Ozzy Osbourne and the snorted ants

The myth: Ozzy Osbourne is already renowned for one of music's most stomach-turning critter-related stories: in 1982 he bit the head off a bat during a gig, having mistaken the real-life animal for a rubber toy. His run-ins with the animal kingdom don't stop there, though. Two years later, the former Black Sabbath frontman allegedly stunned his tourmates, Mötley Crüe, when he saw a line of ants outside the tourbus and snorted them up through a straw.

The truth: Ozzy says he doesn't remember the incident, but Mötley Crüe's Nikki Sixx insists it really did happen. In the band's autobiography, The Dirt, he recalled: "I handed him the straw, and he walked over to a crack in the sidewalk and bent over it. I saw a long column of ants, marching to a little dugout built where the pavement met the dirt. And as I thought, 'No, he wouldn't.' He did. He put the straw to his nose and... sent the entire line of ants tickling up his nose with a single, monstrous snort."

Lou Reed and the crying children

The myth: "They're taking her children away / Because they said she was not a good mother," sings Lou Reed on The Kids, from his 1973 LP Berlin. The song touched on the real childhood trauma of his former wife Betty Kronstad, who was removed from her mother's care by state authorities when she was five. Reed's producer, Bob Ezrin, recorded the cries of his own children, David and Joshua, for added drama - and to ensure their wails of despair were authentically harrowing, he told them their mother had passed away before hitting record.

The truth: It is Ezrin's children on the song, but as he told the Telegraph in 2013, the rest of the story is "far less colourful". Rather than tricking his kids, he simply asked six-year-old David to bang on a door and scream for his mum. He added: "Joshua, who was 18 months old, followed everything his big brother did, so he started pounding on the door too, yelling. If you listen really carefully you can actually hear him saying, 'There's mummy!' - because she was standing right there." 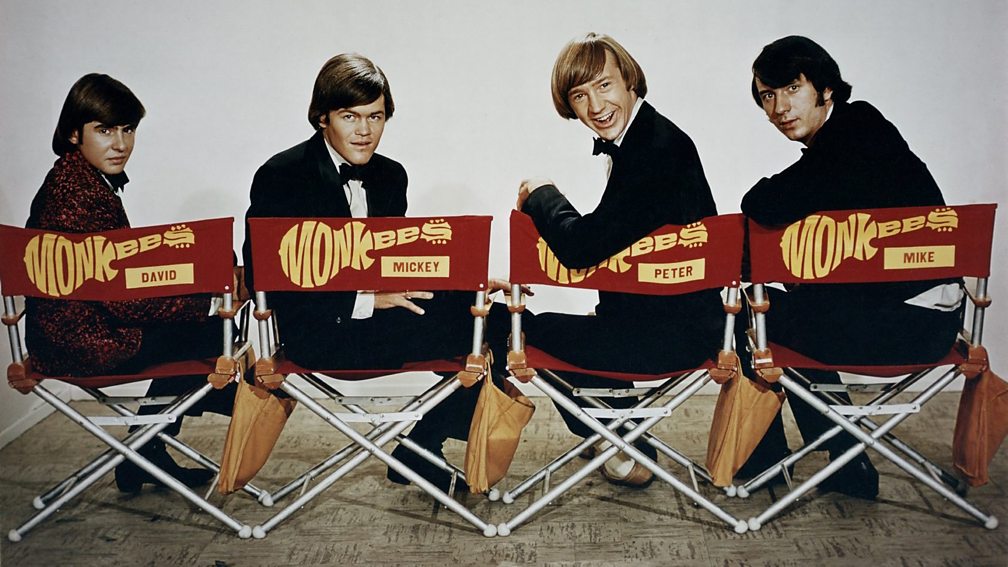 The myth: There are plenty of strange-but-true stories about Charles Manson's rock 'n' roll ambitions, including the time he left a bullet on Beach Boy Dennis Wilson's bed after he reworked one of Manson's songs and changed the lyrics. Even stranger still is the legend that Manson was one of the 437 hopefuls who, in 1965, saw an advert in Variety magazine seeking "4 Insane Boys, Age 17-21" to star in a new TV show. His interest piqued, he reportedly set off to audition to be one of The Monkees.

The truth: Manson can't have been there: he'd spent the late-50s and early-60s getting in trouble with the law, and in 1961 he was sent to prison for violating his probation. He wasn't released until 1967, by which point The Monkees had not only been assembled, but were already on TV and selling huge amounts of records. Davy Jones is said to have claimed responsibility for starting the rumour, although Mickey Dolenz has also said he's the original source. "I just made a joke: 'Everybody auditioned for The Monkees - Stephen Stills, Paul Williams and Charlie Manson,'" he told podcast host Gilbert Gottfried in 2014. "And everybody took it as gospel, and now it's an urban myth!"

Van Halen and the brown M&Ms 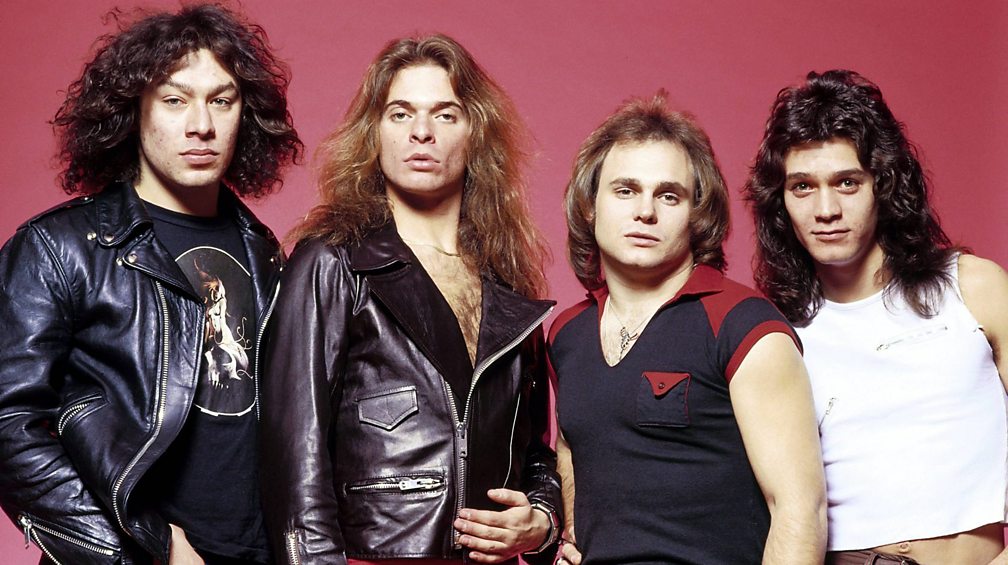 The myth: Pop stars have a habit of making beyond-bizarre requests on their riders: Britney Spears reportedly once asked for a framed photograph of Princess Diana, and The Rolling Stones allegedly requested a snooker table wherever they went. Perhaps the most famous of all rider requests came from Van Halen, who demanded that every venue they graced provide them with a bowl of M&Ms, with all the brown ones removed.

The truth: It's true, but not because Van Halen were ludicrously picky about their sweeties. According to singer David Lee Roth, the band’s shows needed so much complicated technical equipment, they had to make sure the promoters were paying proper attention to their specifications - so they used the M&Ms request as a test. "When I would walk backstage, if I saw a brown M&M in that bowl... well, line-check the entire production," he wrote in his autobiography. "Guaranteed you're going to arrive at a technical error. They didn't read the contract... Sometimes it would threaten to just destroy the whole show. Something, like, literally life-threatening."

Björk and her private island

The myth: A few years back, some photos showing an isolated white house located dramatically on a steep ridge on a rocky island, completely isolated, went viral on social media. It was, eager posters said, Björk's house. Because of course Björk would live somewhere so Björkish, eating icicles and serenading puffins in peace.

The truth: The island shown in the photos is Elliðaey, one of the Vestmanneyjar to the south of Iceland, and it's been uninhabited since the 1930s - the building shown is actually a hunting lodge, built in 1953. The confusion arose because in 2000, there was actually a debate in the Icelandic parliament as to whether Björk could be allowed to purchase another island with the same name in Breiðafjörður, to the west of the country. The Icelandic prime minister at the time was in favour, but the idea proved so controversial that Björk gave it up. She did, however, build a summer cabin in Selfoss, which she put up for sale in 2015. 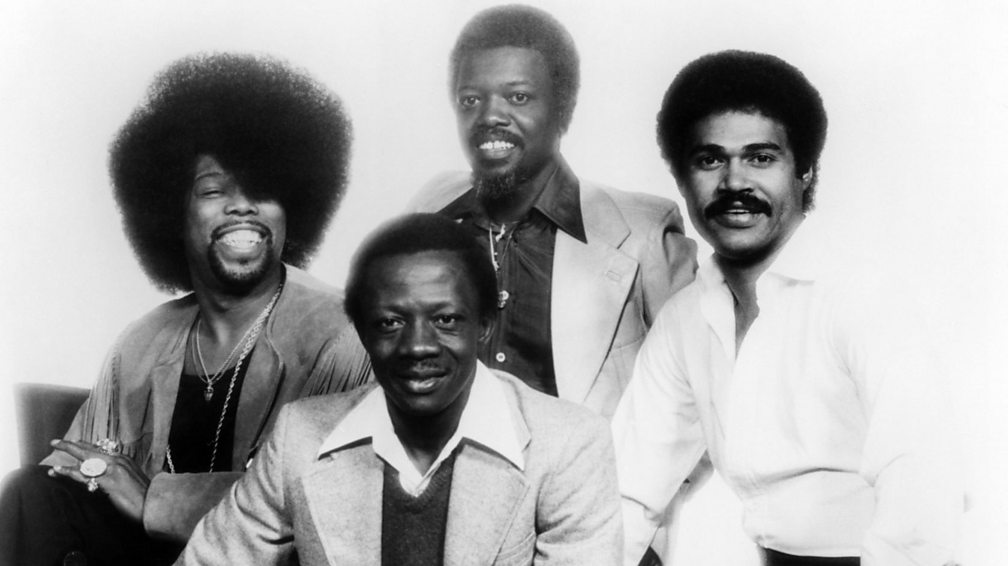 The myth: Listen to Ohio Players' US No. 1 Love Rollercoaster and, at one point, you'll be able to hear a high-pitched scream. Legend has it that it's the sound of a woman being murdered, with fact-checking website Snopes detailing the myriad of theories. Suggestions have ranged from it being the dying cries of the girlfriend of a band member, who had been stabbed inside the studio, to the sound of an unknown woman being killed outside. The most plausible story was that it was a snippet from an emergency services call; the most bonkers that it's the nude model from the artwork to the band's 1975 album, Honey, who was burned when the hot food substance dripped on her.

The truth: Thankfully, nobody was murdered during the recording of Love Rollercoaster - it's just keyboardist Billy Beck singing in a higher pitch than usual. However, as Ohio Player Jimmy 'Diamond' Williams later admitted, the mystery had been good for business. "People were asking us, 'Did you kill the chick in the studio?'" he said. "The band took a vow of silence because that makes you sell more records."