7 heartwarming letters sent from fans to their music heroes

Fandom: one of the great joys of the entertainment world. Where would an artist be without their fans? And where would music lovers be without a beloved stranger onto whom they can shower their adoration? That need for connection is a two-way street alright, and over the years there have been some truly heartwarming tokens of affection sent from fan to musician. Here are seven of our favourites, including handwritten notes, a heartfelt Facebook post and even a message from the Romans. 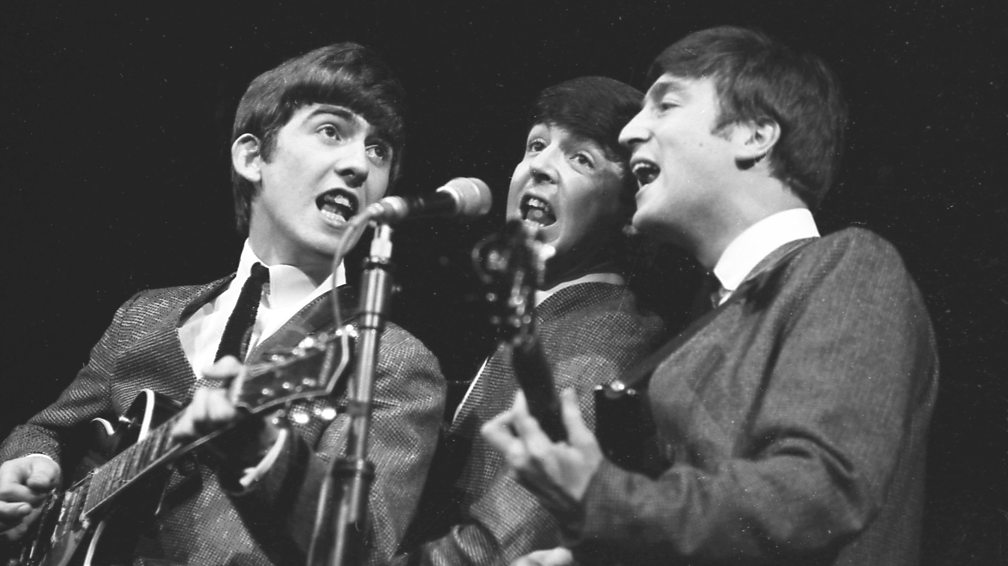 It's December 1963 and music fans Barbara Bezant and Lyn Phillips are in the full throes of Beatlemania, having seen The Beatles perform at the Lewisham Odeon. The pair make an audio recording that includes the words: "The dream is just to come round the back and see you, but I don’t suppose that will ever happen. But we can always live in hope, can’t we?" They stick the tape to a wall at Finsbury Park Astoria, where the band are next due to perform.

Fast-forward 50 years and the tape has somehow made its way to a flea market in Great Yarmouth. Local historian David McDermott happens upon the tape, takes it on to The One Show, reunites the pair of fans, and even ensures that their recording finds its way to the ears of Paul McCartney. His lovely, late reply: "Hi Linda and Barbara, thanks very much for your lovely note. It finally got through, better late than never. Great to hear you found each other after all these years. Keep enjoying the music. Love, Paul."

Weirdly, this instance of decade-spanning fandom mirrors an episode of The Simpsons in which Marge receives a reply to fan mail she sent to Ringo Star 30 years previously. If you're a Beatles fan, it seems all you need is love - and a bit of patience. 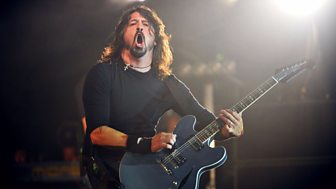 It's probably safe to say that Dave Grohl, Foo Fighters frontman and former Nirvana drummer, has his fair share of hero-worshippers. But even heroes have heroes - and Dave's include Ian MacKaye from punk bands Minor Threat and Fugazi. As a teenager, Grohl wrote a postcard to the older musician, praising his "good thrash". But even then, 14-year-old Dave had his eyes on the prize, swiftly moving on to pester MacKaye for music biz contacts. Some 30 years or so later, MacKaye unearthed the note and presented it back to Grohl to post on Twitter.

Remember when Adele performed the quietly hopeful Someone Like You at the Brits in 2011? There wasn't a dry eye in the house. One fan, though, was more moved than most. Stephanie Pope, from Derry, Northern Ireland, left a note on the star's Facebook page in 2015, which the Telegraph screengrabbed. It explained how she'd split up with her "lying, cheating dirt bag of a fiancé" two weeks before Adele's revered performance. Stephanie came home from a debauched night on the town, not knowing what the future would hold for her. She flipped on the telly, saw Adele singing her lungs out and was instantly filled with hope. "All I needed was me and you, because you understood!" she wrote. "We connected that night… Thanks for helping me through it all. All my love, respect and deepest thanks." Stephanie's honesty was rewarded with 30,000 Facebook likes and viral fame.

Ed Sheeran and an underwhelming compliment 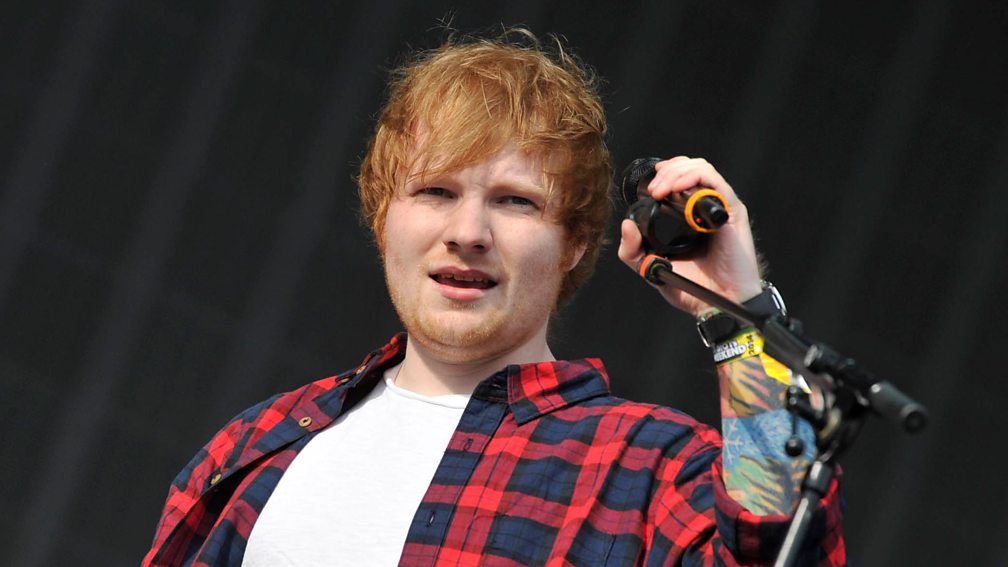 Ed Sheeran is another huge pop star who undoubtedly receives masses of fan mail, much of which is probably downright weird. Indeed, the singer says he once discovered a clump of hair baked into a cake. Well, he brought it on himself by encouraging fans to send mail with the 2011 tweet: "Got a load of physical fan mail through this morning, love reading letters from you guys, old school." But the standout piece of Sheeran fan mail has be the adorable missive from a Korean fan, which the musician shared via Instagam. It read: "To Ed Sheeran (my great singer)… You are little ugly but I love you!" With fans like that, who needs enemies?

The Grateful Dead's message from beyond 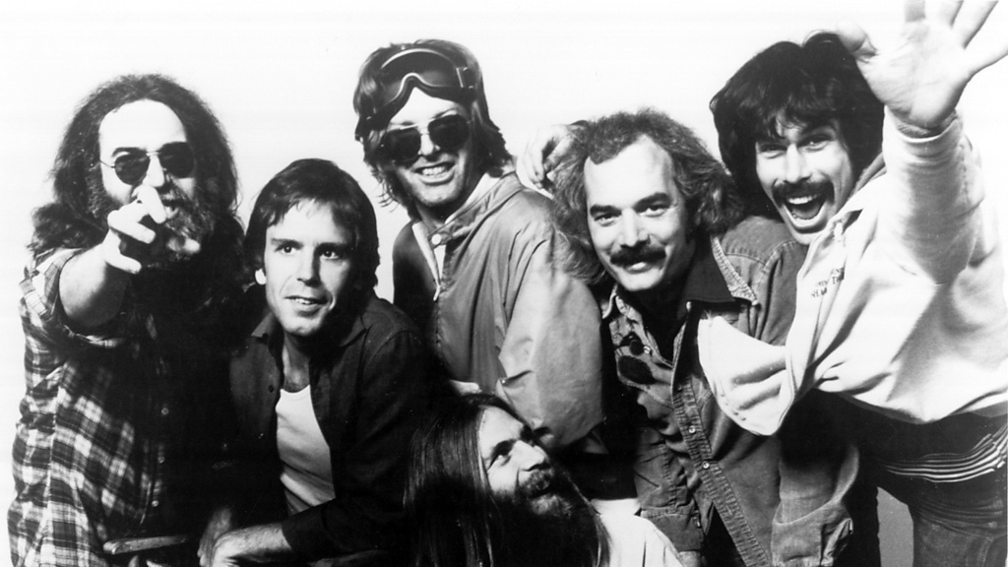 Californian rock band the Grateful Dead recognised, early on, the power of the relationship between band and fan. Thus they launched a fan mail-out and christened their fans the Dead Heads.

In the band's heyday, fan-band correspondence was overseen by Eileen Law, affectionately known as the Queen Mother of all Dead Heads, as she explained in a 1984 interview with fanzine Golden Road: "In 1972, we got the first mail-out to about 350 people. I thought then, 'Well, that's the end of that job.' Little did I know I'd still be at it more than 25 years later. Even though it's gotten so much bigger, for the most part it still feels like a community. People continue to write us about births and deaths in their families, and we're starting to hear about Dead Head grandchildren."

The Grateful Dead's stand-out fan mail is collected in the 2011 book Dead Letters: The Very Best Grateful Dead Fan Mail, which includes a lovely note dated March 1981, adorned with an illustration of a skeleton. It bears the message: "Dear Dead People. Leafing through my American College Dictionary and came upon a phrase, to wit: 'de Mortis nil nisi bosom.' Which translates: 'Of the dead say nothing but good.' I thought you might be interested in knowing that Ancient Romans appreciate good music."

Courtney Love pens letter to her idol, wins a producer

Hole singer Courtney Love is perhaps now more recognisable to the general public than Kim Gordon, formerly of Sonic Youth. But this wasn’t always the case. In 1991, the year that Hole released their debut album Pretty on the Inside (and the year before she married Kurt Cobain), a largely unknown Love penned an adoring letter to her hero, Gordon. Speaking on behalf of the band, she wrote a note adorned with love hearts, which read: "We all admire your body of work quite hugingly & slenchingly." No, we don't know what "slenchingly" or "hugingly" means either. Anyway, much has been said of Love's ambition and desire for fame and indeed this fan mail doubled up as a request for Gordon to produce the album as "we would prefer working with a woman". In the end, Sonic Youth singer did co-produce the record. Musicians, take heed: there could be a star-in-waiting lurking among your fan mail.

Dear David Bowie, I love you very much

David Bowie was enjoying a purple patch commercially in 1983, having released Let's Dance, co-produced by Chic musician Nile Rodgers, which spawned the eponymous hit single and the similarly successful China Girl and Modern Love. He performed at The Scope, a venue in Norfolk, Virginia, delivering a career-spanning show that included the likes of Heroes, Life On Mars and Fame. It appears to have impressed one 13-year-old fan named Sabrina, according to a post that surfaced on Pinterest.

The letter reads: "Dear David Bowie, I love you very much. I would love it if you sent me a picture of you to me. I saw you at Scope. I am 13-years-old. My most favourite song is Putting out the Fire with gasoline. Me and my friend talk about you all the time. I have a poster of you in my room. I saw you on the news. So would you sent me a picture of you. I love you. Sabrina."

She might not have known the actual name of Cat People (Putting Out Fire), but Sabrina was clearly a burgeoning super-fan.