Pop tour wars: 7 stories of rivalry on the road

Strapped into the back of a splitter van and sent up and down the M1 for weeks on end with the same people for company - is it any wonder that pop groups fall out? But if loathing your own bandmates seems to be an intractable byproduct of touring, what about when you can't stand the act or acts you're forced to tour or play at festivals with?

Here are some examples where the phrase 'battle of the bands' took on a more literal meaning... 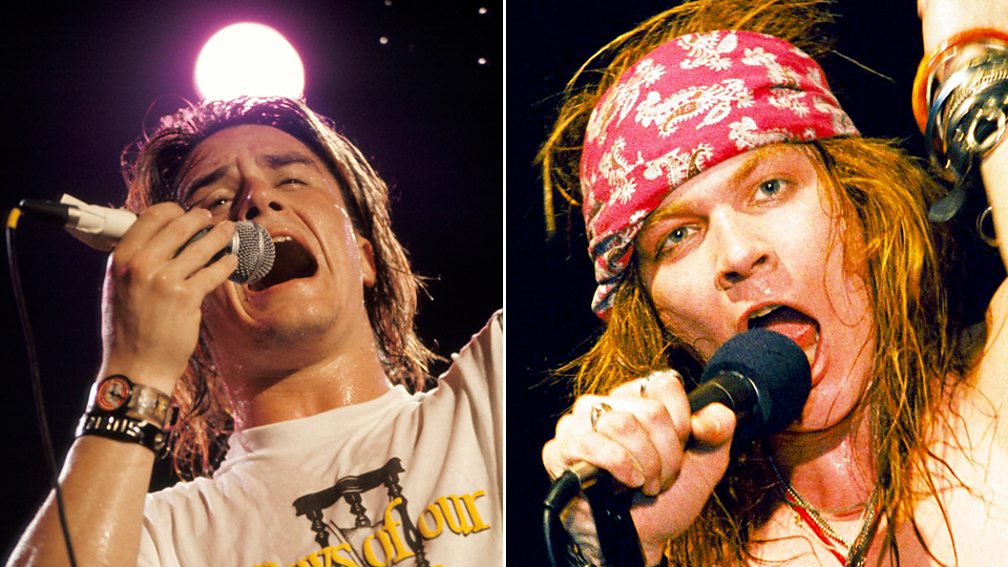 Every band in the world might think they want to open for Guns N' Roses, but let me tell you, it's been a real ugly personal experience
Billy Gould

When Faith No More went from well-loved but slightly obscure San Francisco rockers to stadium-filling funk metal giants in the early-90s, they were helped up the ladder by Guns N' Roses. Slash and Duff McKagan got up and jammed with them in LA, creating a buzz, while Axl Rose said they were his new favourite band. "I'm jealous," he said, according to Adrian Harte's Small Victories: The True Story of Faith No More.

With new singer Mike Patton in place, Faith No More took off round the world as second support act on the Use Your Illusion tour behind Metallica. "I hate the whole circus thing," bassist and de facto leader Billy Gould soon complained to Select. "Every band in the world might think they want to open for Guns N' Roses, but let me tell you, it's been a real ugly personal experience."

"I'm getting more and more confused about who's who in Guns N' Roses and it's blowing my mind," said keyboard player Roddy Bottum. "There's Dizzy and Iggy and Lizzy and Tizzy and Gilby and Giddy. Onstage there's a horn section, two backup singers, two keyboard players, an airline pilot, a basketball coach, a couple of car mechanics…"

Gould, Bottum and Patton were summoned to Axl Rose's trailer at 2am in the morning for a carpeting. "I only like you guys, Nirvana, Jane's Addiction and two other bands, and all of you hate me," complained Rose. "Why do you hate me?" The groups came to an "uneasy detente" according to Harte's book. "They were quite cool with us," said Gould, "much more than we probably deserved."

A support act Axl was anything but cool with were Eagles of Death Metal, who he referred to as Pigeons of S*** Metal. Jessie Hughes said Rose was "out of his mind" when he ejected the band from a 2006 tour after just one date. "He wasn't even there when we played," reported NME. "He got there about 30 minutes after we got done playing. He waltzed on to the stage and went nuts."

Every band in the world might think they want to open for Guns N' Roses, but let me tell you, it's been a real ugly personal experience
Billy Gould 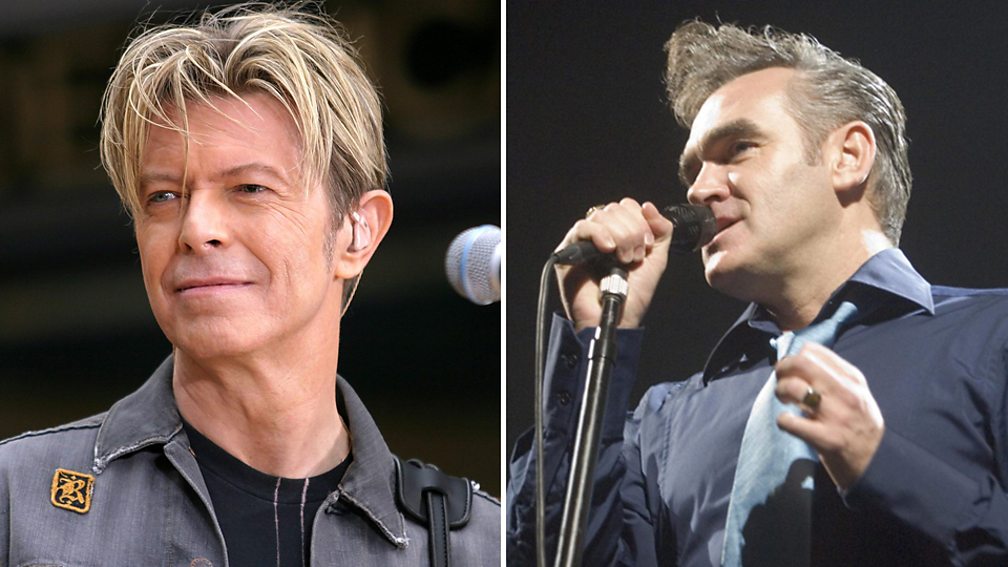 Morrissey grew up listening to glam rock during the 70s, and David Bowie covered Morrissey's I Know It's Gonna Happen Someday on his 1993 Black Tie White Noise album. A natural kinship seemed inevitable, but the cordiality dwindled quicker than you can say Please, Please, Please, Let Me Get What I Want when they went on the 1995 Outside Tour, which should have been called the Oi You, Outside tour.

The former Smiths singer jumped ship after nine dates, irked at performing a final song with Bowie and then "fading away" in a changeover that had worked perfectly fine in the US with Trent Reznor of Nine Inch Nails. "You have to worship at the temple of David when you become involved," he told The Importance of Being Morrissey documentary for Channel 4 in 2004. "He was a fascinating artist... uhm... 1970, 71, 72, but not now."

Bowie got his own back when he refused Morrissey permission to use an image of them together for the artwork of a 2012 re-release of The Last of the International Playboys. According to the Toronto Sun, Morrissey also tried to bury the hatchet by coaxing Bowie to the studio for a duet of The Righteous Brothers' You've Lost That Lovin' Feelin', to be produced by Tony Visconti - but to no avail. "I loved this idea, but David wouldn't budge," he lamented. "I know I've criticised David in the past, but it's all been snot-nosed, junior-high ribbing on my part. I think he knows that."

Support acts have fallen foul of Morrissey when he's headlined tours, too. Kristeen Young has been thrown off not one but two Moz tours. The second time, in 2014, she was apparently pushed after she gave him what she called "a horrendous cold", as the Guardian reported. Young, however, claimed her cold was not the reason for her departure. "This is really too much and bizarre," she wrote on Facebook. 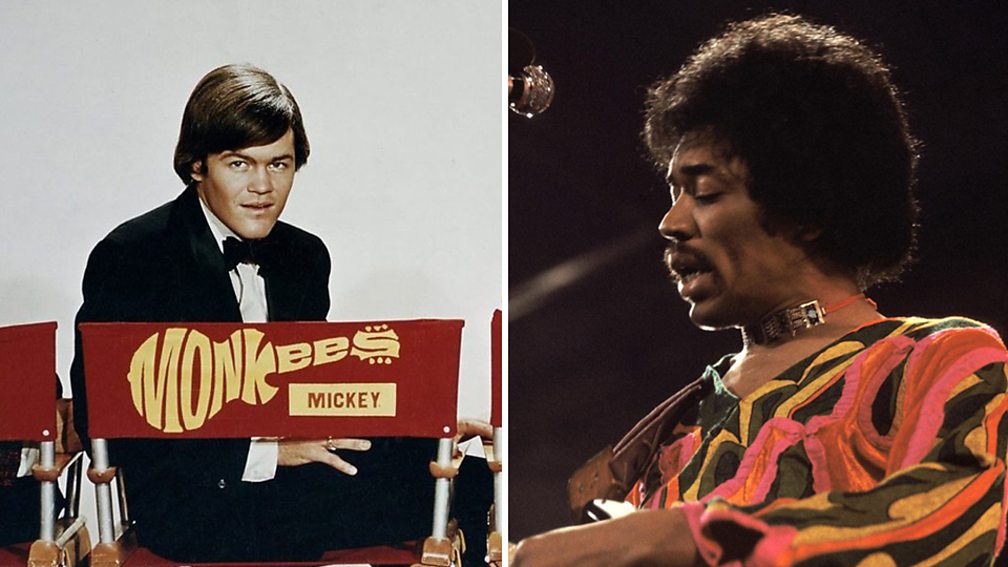 You can't knock anybody for making music, but people like The Monkees?
Jimi Hendrix

Before Jimi Hendrix became a guitar legend and during The Monkees reign as the biggest band in America, Hendrix had a few choice words about the TV-made boyband phenomenon, calling them "dishwater". He told Melody Maker: "You can't knock anybody for making music, but people like The Monkees?" (via History). And that probably served as a source of embarrassment for the Jimi Hendrix Experience when, a few months, later they were booked as the support act for The Monkees at Micky Dolenz's behest.

You can't knock anybody for making music, but people like The Monkees?
Jimi Hendrix 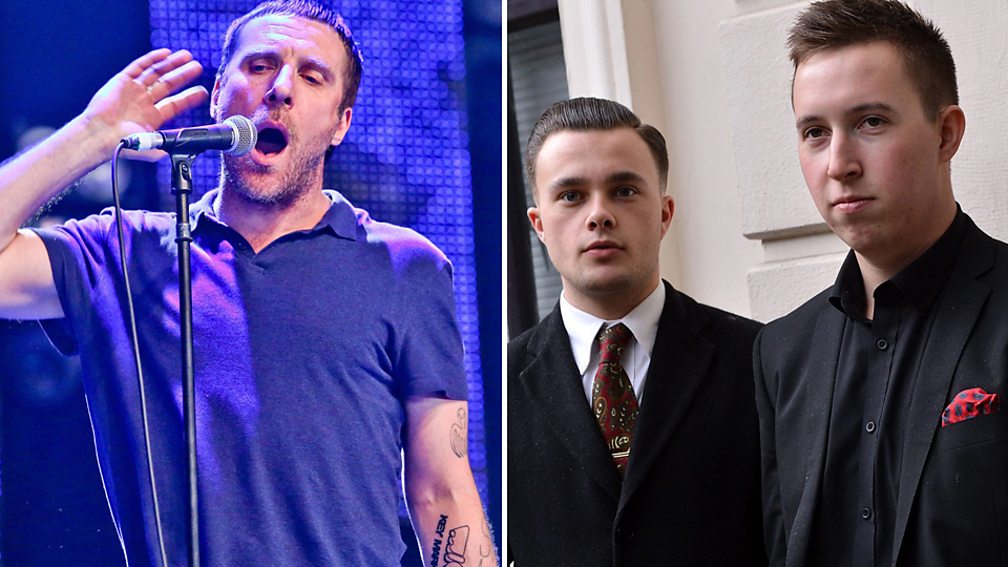 Did you enjoy the support band? Who was it? Take That?
Jason Williamson

Imitation is the sincerest form of flattery, but try telling that to Sleaford Mods. In an interview with Clash in 2015, frontman Jason Williamson complained that the duo Slaves had been copying their poses in press shots and "ripping us off", adding: "We met them at Beacons festival last year and they asked if me and Andrew [Fearn] would be interested in writing something for the album, and I said no." He called them "appalling" and said they looked like 80s smooth jazz outfit Matt Bianco.

If one would have expected that to be the end of it, Williamson didn't hold back when the bands were thrown together on the same stage at Glastonbury in June of the same year. "Did you enjoy the support band?" he said (via NME). "Did you? Who was it? Take That?"

Did you enjoy the support band? Who was it? Take That?
Jason Williamson 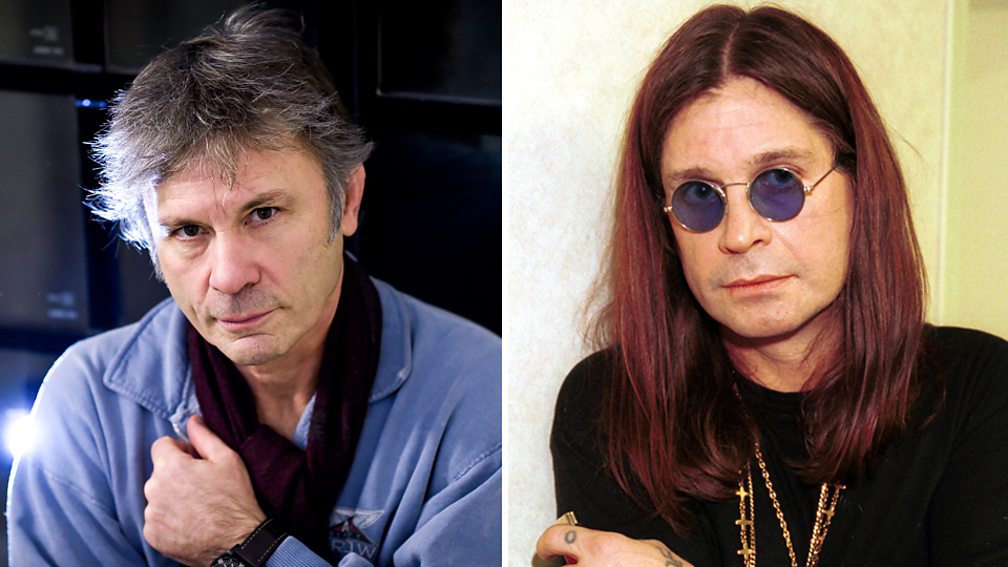 Unbeknown to me, every night he was going on stage slagging me off
Ozzy Osbourne

While Iron Maiden have toured with a vengeful nine foot zombie called Eddie for nearly 40 years, they actually met their match in the more diminutive shape of Sharon Osbourne when they played Ozzfest in 2005. Lead singer Bruce Dickinson had reportedly been attacking the corporate venues the tour had taken them to and, according to Sharon, made barbed comments about Ozzy throughout the tour, such as "we don't need a teleprompter" (with the inference that Ozzy did) and "we don't need a reality show to be legit", as MTV reported.

In retaliation, Ozzfest turned into an eggfest, as the Irons were pelted during their set by Ozzy fans. Mysteriously, the sound was also turned off during the show, and Sharon Osbourne arrived on stage at the end of the set to praise the band while admonishing their singer for daring to criticise the Black Sabbath legend.

"Unbeknown to me, every night he was going on stage slagging me off," said Ozzy in an expletive-filled rant to the Quietus in 2010. "And that wasn't fair… The bass player [Steve Harris] came round at the last gig and said, 'I'm sorry about Bruce,' and I'm like, 'What the f*** are you talking about?'"

Dickinson was more philosophical. "It's a complete storm in a teacup," he told NME. "I grew up listening to early Sabbath with Ozzy. Ozzy and Sabbath are icons so that's that, end of story."

Unbeknown to me, every night he was going on stage slagging me off
Ozzy Osbourne 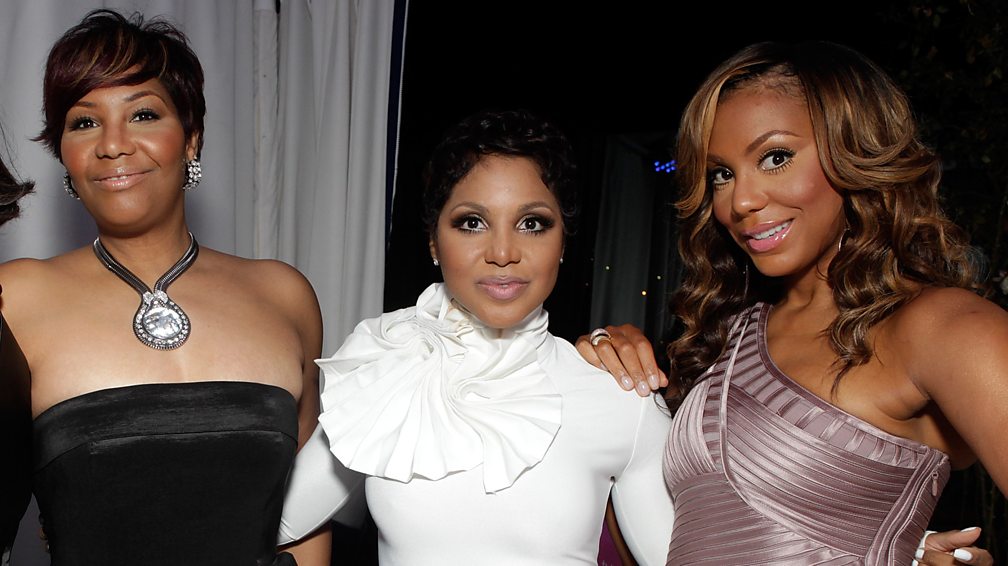 "We are family," went the famous Sister Sledge song, "I got all my sisters with me." That was the plan at least when RnB singer Toni Braxton was due to hit the road earlier this year to promote her new album, Sex & Cigarettes, with two of her sisters opening as support acts. The siblings, who'd found fame in the 90s as The Braxtons (a quintet of all five sisters), have latterly rediscovered an audience as stars of the hit TV show Braxton Family Values.

But drama followed. Traci Braxton was ejected from the tour, followed by Tamar Braxton a few weeks later, because of a dispute between the two. The trouble, according to TMZ, sprung from Tamar's perceived displeasure at the show being edited to cast her manager and ex-hubby Vince Herbert in a bad light.

Toni Braxton charted respectably on both sides of the Atlantic and won critical acclaim for Sex & Cigarettes, scoring a 4 out of 5 in The Guardian. The show, meanwhile, is on hiatus as the Braxtons are refuted to have refused to allow any more taping until they've each been given a pay rise, as TMZ also reported. 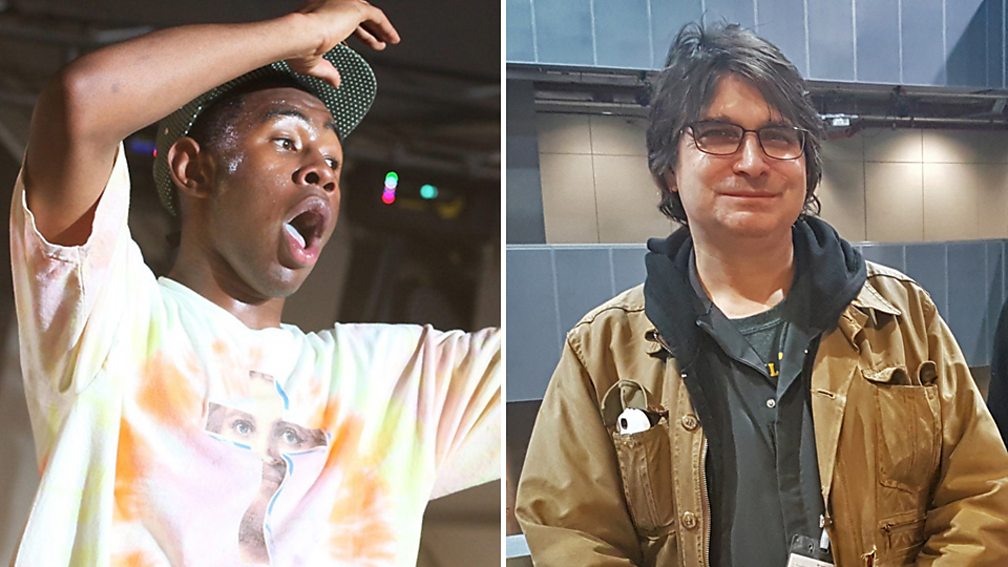 Surprised you knew how to use a computer
Tyler, the Creator

An unlikely feud broke out in 2011 between alternative-music godfather figure Steve Albini and rap troupe Odd Future, a collective that included Tyler, the Creator, Earl Sweatshirt and Frank Ocean. The dispute broke out literally on the road, or more precisely a runway, as the two parties inadvertently took an airport shuttle together in Barcelona.

As NME reported, Albini made a number of claims on his blog about the bad behaviour of the hip hop group. The only repeatable sentence is the following: "A female passenger tried to engage one of them in conversation, but he just stared at her with a dead-to-me stare while his seatmate flipped double birds in her face." Albini also claimed the band boasted about how much money they were making and used profane language and swore at the driver. Although he did add: "I am well aware good people can make ugly art and that ugly people can make good art. I am one hundred percent behind Odd Future's right to rap about what they wanna rap about."

"Me nor anyone I know in my age group know who you are," said Tyler, who took to Twitter to repudiate all of the claims. "Surprised you knew how to use a computer."

Surprised you knew how to use a computer
Tyler, the Creator