6 degrees of 5 Seconds of Summer 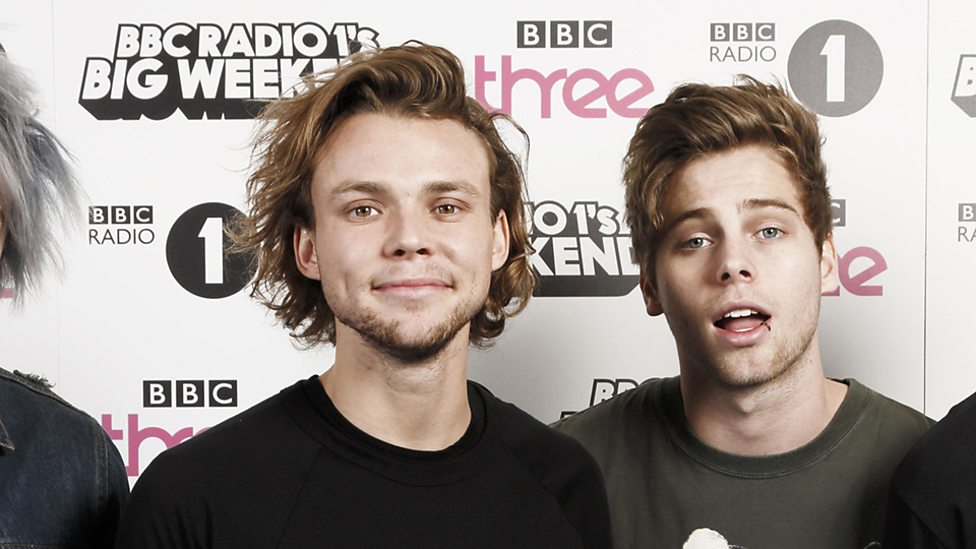 The success of 5 Seconds of Summer - most recently with their second album, Sounds Good Feels Good, which went to No.1 - has been the result of a fair amount of inspiration and support from some very unexpected sources along the way. So, to mark their appearance at the Radio 1 Teen Awards on 8 November - and in the spirit of the game six degrees of separation - here are just a few of the artists who are connected to the band by the loan of a song, a helping hand or just an encouraging tweet.

[WATCH] Adele makes her Later debut with Daydreamer in June, 2007

It all starts in 2010, with three young friends covering the pop songs of the day on acoustic guitars, uploading them to YouTube and hiding under the table before the comments start coming in. Before they hooked up with drummer Ashton, the rest of the band - Luke, Michael and Calum - recorded covers of tracks by All Time Low (Jasey Rae), Ed Sheeran (The A Team), Chris Brown feat. Justin Bieber (Next to You), and Adele's Rolling in the Deep.

In December 2012, having made quite the name for themselves with their YouTube covers, the band came to London to embark on sessions with like-minded artists and heavy-hitting songwriters. One of the musicians they worked with was Scouting For Girls' Roy Stride, who has a songwriting credit on a few of their tracks, including 18, Good Girls, English Love Affair, Lost Boy, Close as Strangers and Invisible (from their second album Sounds Good Feels Good).

This is another songwriting connection. In those 2012 sessions, the band met with Tom Fletcher of McFly/McBusted, James Bourne of Busted/McBusted (they're credited on Try Hard and Greenlight, respectively), and the songwriters Jake Gosling (Ed Sheeran and Paloma Faith), Jamie Scott (One Direction) and Steve Robson (Take That, James Morrison). They also met with Nick Hodgson, former drummer and songwriter with Kaiser Chiefs, although the fruits of this particular creative union have yet to appear.

[WATCH] Highlights of One Direction's set at Radio 1's Big Weekend in Glasgow, 2014

Those YouTube clips were given a huge boost in popularity in 2012, when One Direction's Louis Tomlinson tweeted a link to their song Gotta Get Out. The band were then invited to support 1D on tour across their native Australia and in New Zealand and on to the UK and USA to boot.

Louis Tomlinson: "Been a fan of this band for a while, everyone get behind them."

The 5SOS love of Blink goes right the way back to those early YouTube clips, but it's an association they've kept very much alive, unlike, say their Justin Bieber/Chris Brown cover, which has been quietly packed away for now. They've also written with fellow Blink-loving pop punkers Good Charlotte (who co-wrote the comeback single She's Kinda Hot) and Deryk Whibley of Sum 41.

There's a lot of love between the 5SOS and Katy Perry camps. Not only have the boys covered Katy's Teenage Dream (as heard on their live album LiveSOS), they also worked on the song San Francisco with Bonnie McKee. Bonnie co-wrote several of Katy's songs, including the hits California Gurls, Teenage Dream and Roar.

...and in the Live Lounge (again) in October, covering Bring Me The Horizon's Drown